"Austin Found" is an exercise in deja vu. The story—an ambitious stage-mom goes to criminal lengths to get publicity for her beauty pageant contestant daughter—takes place on too-familiar ground. The characters, for the most part, are all broad types, which wouldn't necessarily be an issue if the film didn't call to mind so many other stories, from real-life (the murder of poor JonBenet Ramsey, HBO's documentary "Living Dolls") to reality TV ("Toddlers & Tiaras," "Dance Moms") to TV movies ("The Positively True Adventures of the Alleged Texas Cheerleader-Murdering Mom") to feature films ("Fargo," primarily). Directed by Will Raee, who co-wrote the script with Brenna Graziano, "Austin Found" features a great ensemble cast, but never manages to explore unique territory.

Leanne (Linda Cardellini, of "Freaks and Geeks," "Bloodline," and a wonderful arc on "Mad Men" as Don Draper's downstairs neighbor and paramour) is ambitious for her 11-year-old daughter Patty to be a star on the kiddie beauty pageant circuit. Patty, played by Ursula Parker as a spikily rebellious and intelligent child, has no interest, and makes a ringing speech at one pageant bemoaning the focus on outer appearance in our culture. Leanne is furious. Bored in her marriage to a weak man who can't stand up to her (Jon Daly), she obsesses on another beauty pageant family whose daughter was kidnapped and then returned: the family got a multi-million dollar book/movie deal out of it, and so Leanne decides to stage a kidnapping, hoping that the resultant publicity will bring her daughter (but mostly her) fame and fortune.

Enter Billy Fontaine (Skeet Ulrich), Leanne's boyfriend from high school, now an ex-con who works in an autobody shop. In femme fatale mode, Leanne visits Billy, and gets him on board by painting herself as a damsel in distress. Billy ropes in his ex-con buddy, J.T. (Craig Robinson), and the two of them, tricked up in ski masks, "break into" the home and carry the sleeping Patty out to J.T.'s isolated cabin. Leanne "discovers" the disappearance the following morning and police and the press descend on the home. Leanne is in her glory, giving tearful interviews, wearing tight clothing and stripper heels. Nancy, a local TV reporter (Kristen Schaal), assigned to the case, was bullied by Leanne in high school. She squints at Leanne's tears with personal and journalistic skepticism.

The one aspect in the entire apparatus that stands out as specific enough to hold interest all on its own is the surprisingly sweet bond that develops between J.T. and Patty, the child he has "kidnapped." Wearing a terrifying mask to hide his identity, he makes her pancakes, they talk about music, they play video games. Robinson is such a welcome presence in anything, and here he plays the only adult with a moral compass in a 20-mile radius. The scenes between Robinson and Parker are quiet and sweet, filled with little surprises, small moments of tenderness and communication. They "recognize" one another as kindred spirits. It's an Eden, those small scenes.

Linda Cardellini played Kristen Wiig's sidekick in the hugely underrated "Welcome to Me," and in "Austin Found" she plays the "Kristen Wiig role," one of those women with a totally undeveloped psychology, where the entire world is a mirror—for good or ill. Leanne's only desire is to be reflected in a way that she thinks she deserves. It's fun to see Cardellini take center stage here.

"Austin Found" is filled with actors it's always good to see: Cardellini, Robinson, Patrick Warburton, who shows up as the police chief, his performance a lampoon of vanity from beginning to end. It's really good to see Skeet Ulrich again, an actor prepped to be the "new Johnny Depp" back in the mid-'90s, but now that he's lost the boy-band looks, he's leaner, meaner. Jaime Pressly is terrific in her one scene as a woman who has it all, the kind of woman Leanne despises. Kristen Schaal is such a funny presence, but she's mostly underused here as the roving "girl reporter."

In some ways, "Austin Found" is about people for whom high school never really ended. Billy Fontaine is still in a rage about Leanne breaking up with him in high school. Leanne was one of those people who "peaked" at 17, and life has been a disappointment ever since. Nancy still hates Leanne for the bullying in high school. High school betrayals and disappointments and cruelty run the show for these people, still. It's interesting, but it's not really developed. Except for the Eden in the cabin, we've seen it all before. 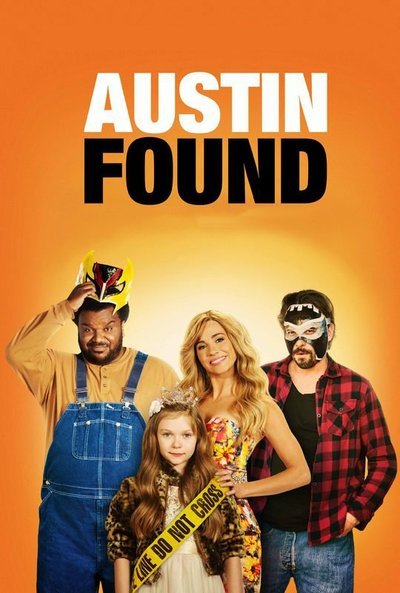