Archaeology of a Woman

Sally Kirkland has almost 200 credits on her IMDb page, and one of them is “Archaeology of a Woman,” which was made in 2012 but is only now getting a week-long release in New York. Kirkland plays Margaret, a former journalist who is starting to show the first signs of dementia. In the effectively disorienting opening scene, Margaret is slowly making her way around the parking lot of a store and trying to find her car. She is aware enough of her encroaching illness to have developed all kinds of coping strategies to get her out of tough situations, and so she approaches a police officer and cannily smiles and tries to charm him with a tale about having lost her keys. Then she sits there in the parking lot until the officers escort her home, where they find her car in the driveway.

How did Margaret get to the store? She doesn’t know, and we don’t find that out either. There are a lot of things we don’t find out in this movie. Director-writer Sharon Greytak keeps us in the dark over plot points here, so that we are often just as confused as Margaret is, and this might work to the film’s benefit if the plot gradually became known to us as Margaret slipped away from her own consciousness. Instead, “Archaeology of a Woman” doesn’t build but lurches forward in awkward fits and starts until whatever we have invested in Margaret and her secrets starts to fade away.

Margaret’s daughter Kate (Victoria Clark) is called to deal with her mother’s increasing fogginess. Kate is a chef (an ever-popular movie profession), and everything here that has to do with her character is absurdly unconvincing, particularly her unaccountable romance with a cop (Karl Geary) who takes a strange and instant interest in Margaret’s welfare. Kate is given very random sexual scenes to play, and when she’s at the restaurant where she works she says “chef-like” things like “That needs more tarragon” to her underlings in the kitchen. Her whole subplot starts to make even less sense than Margaret’s story, which begins to dissolve into a paranoid thriller as TV news reports about the remains of dead bodies seems to trigger something in Margaret’s memory.

If nothing else, this wobbly little movie offers Kirkland an opportunity for a fully lived-in performance, and she lets it all hang out, going topless at several points and keeping up a furious kind of intensity that suggests she has an inner monologue going for her character at all times. The strength of Kirkland’s work here is its lightness, its vulnerability, its touches of the flirtatious and the comic. There is a pixie impishness to some of her performance that seems to spring from her own beginnings as a theater actress in the Greenwich Village of the 1960s, where anything and everything was allowed. Just because Margaret is ill doesn’t mean that she is just a case study, and Kirkland insists on her humanness and her individuality, especially in a funny, disturbing scene where cops find her outside in her black slip and she insists on telling them all about her life, which hints that Margaret has a bit of an Andy Warhol superstar in her character.

But the film lets Kirkland down because it asks her to play a few too many scenes where Margaret has a temper tantrum and yells at everyone around her. Such scenes make us less interested in whatever mystery may need to be resolved and more interested in having her confined so that she can get the care she needs and stop putting herself and others into harm’s way. Kirkland does some fine work here, but her Margaret deserves a better script and a better movie. 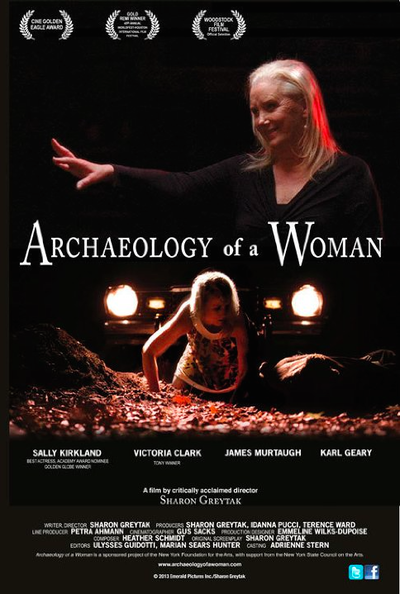