Ant-Man and the Wasp

Scott "Ant-Man" Lang may be a superhero, but his accomplishments are all so heavily qualified—mostly because he never manages to save the day without alienating his friends and loved ones—that his sense of self-worth is constantly reduced to human scale.

Lang is reminded of his character-defining shortcomings throughout the messy, but satisfying super-sequel "Ant-Man and the Wasp" every time he tries to puff out his chest. Lang (Paul Rudd) helped Captain America that one time—but only after he stole a shrinking super-suit from his reluctant mentor Hank Pym (Michael Douglas). But he saved the world in "Captain America: Civil War"—without consulting his training and romantic Hope van Dyne (Evangeline Lilly). He's starting his own security business in San Francisco—but is still under heavily-monitored house arrest. Like writer Nick Spencer's recent run on the Ant-Man comics, “Ant-Man and the Wasp” presents Lang as a hapless but well-meaning small fry who tries, and often fails, to live up to expectations.

Macho pride may be a generic flaw for a superhero movie, but "Ant-Man and the Wasp" is the rare super-film in which actions have consequences, and the characters overcome their ego-driven tendencies long enough to work together as a raggedy team. Supporting characters—like smug weapons dealer Sonny Burch (Walton Goggins), mysterious super-villain Ghost (Hannah John-Kamen), clueless FBI agent Jimmy Woo (Randall Park), and Pym's estranged former colleague Dr. Bill Foster (Laurence Fishburne)—frequently throw Lang and Pym off their best-laid plans, particularly their shared goal of securing the equipment that Pym needs to rescue his long-missing wife Janet (Michelle Pfeiffer) from the trippy, sub-atomic (and very dangerous) Quantum Realm.

But the discursive, tangent-filled nature of Lang's story is the most charming aspect of "Ant-Man and the Wasp." Lang's narrative is a revolving door of well-meaning outsiders—here comes his ex-wife Maggie (Judy Greer) and her amiable wet blanket husband Paxton (Bobby Cannavale) with Lang’s eager-to-please daughter Cassie (Abby Ryder Fortson)—and neurotic colleagues, like Lang’s "X-Con" security crew team of Kurt (David Dastmalchian), Dave (T.I.), and Luis (Michael Peña, predictably stealing every scene he's in). Many of these characters are also struggling to suppress their own habitual catastrophizing: if Ghost doesn’t steal and fire up Pym’s equipment now, she will die; if Pym doesn’t get Lang’s help in recovering his equipment, his wife will vanish; and if Lang doesn’t get back to his house before Woo returns to check up on him, his new post-“Ant-Man” life is over.

Thankfully, director Peyton Reed (“Bring It On,” “Down with Love”) and the film’s five credited screenwriters capably (though not always gracefully) juggle these various plot points. They don’t develop every thread, but they do follow through with enough subplots and ideas that most moviegoers will be superficially invested in the characters by the time “Ant-Man and the Wasp” inevitably devolves into a series of well-choreographed set pieces.

There are, however, several scenes during the film’s first half where Reed and his writers don’t meaningfully advance Lang’s character development beyond pushing their messy plot along. During these early scenes, Lang randomly loses control of his super-suit, and consequently behaves like a sulky, Peter Parker-like post-adolescent. He also sometimes behaves like a relatively mature caregiver who relishes taking care of his daughter and sighs heavily whenever he can’t independently figure out how to solve his domestic problems. "Ant-Man and the Wasp" arguably doesn't do enough to reconcile the difference between these two dueling aspects of Lang’s personality.

Speaking of personality: the first half of “Ant-Man and the Wasp”—the part that’s most reliant on plot-pushing expository dialogue—definitely feels like it was cobbled together by a creative committee that includes five credited writers. This minor, but noteworthy shortcoming is why I spent much of this review praising the film’s characters and ideas and not its brick-and-mortar storytelling. Like many films produced by Marvel Studios, this one is sometimes marred by uninspired cinematography (by Dante Spinotti, Michael Mann regular director of photography!), and over-edited set pieces.

But only sometimes. “Ant-Man and the Wasp” really takes off once its creators stop setting up their shaggy dog plot, and start focusing on plugging their better ideas into dynamic car chases, fight scenes, and comedic routines (I especially love the bit where Lang, after being knocked out and tied up, asks his kidnapper to help him video-chat with Cassie).

So for most of two hours, Reed and his colleagues take super-fans on a long, strange trip with some of the most sympathetic cinematic crime-fighters in the Marvel Cinematic Universe. Taken in its entirety, “Ant-Man and the Wasp” may not be the best anything, but, like its perpetually challenged hero, it is plenty good enough. 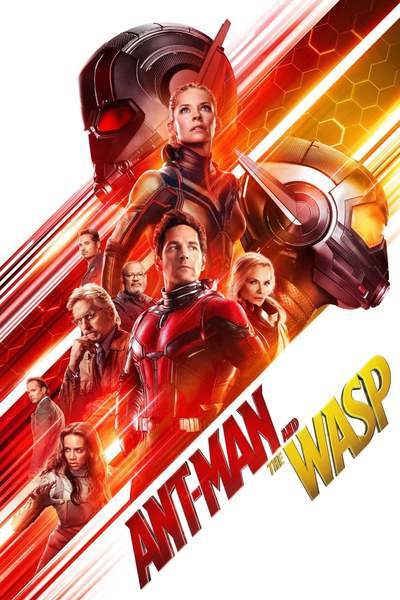