Forgettable, that's what you are...

I almost forgot to write this review. "Angel-A" screened for critics on a Friday morning and by Monday I'd forgotten that I'd seen it. Good thing I took notes. You don't need to. If you have 91 minutes to spare, you can watch "Angel-A" and then just go ahead and forget about it on your own.

To describe an airy French romantic comedy like "Angel-A" as "forgettable" is not necessarily a pejorative. It's just a fact. The movie doesn't aspire to be anything but a lightweight pastiche that rehashes your memories of other, better movies. In this case, that means a gloss on "Wings of Desire," "Splash" and "It's a Wonderful Life," with fleeting, gratuitous allusions to "Forrest Gump" and "Pulp Fiction" tossed in for reasons you're probably not supposed to think about too much.

"Angel-A," as the title suggests, is an angel-out-of-water movie -- photographed in black and white, as befits its Parisian setting. Paris is a city of muted daytime colors; even its sunlight is tinged with gray, an effect cinematographer Thierry Arbogast captures beautifully in a cruise down the Seine that feels more like Paris than Paris, in that way that movies can sometimes distill the essence of a place. The film's one memorable visual involves a winged creature suspended in the air above the river, and its beauty comes mainly from it being in back and white. Color would have made it too literal, if you can use that word to describe an image.

The primary character in "Angel-A" is Paris itself, but the movie also features a swarthy little Moroccan guy with perpetual stubble named Andre (popular French comedic actor Jamel Debbouze, of "Amelie" and "Days of Glory") and a tall blond drink of water named Angela (Danish actress Rie Rasmussen from "Femme Fatale"). Andre has a gambling problem -- the alcoholism and drug addiction of the '00s -- and is about to throw himself off a not-terribly-formidable bridge into the Seine when he notices the not-so-angelic skinny platinum Amazon about to do the same thing -- as if to upstage him. They argue, he saves her (or she saves him) and they make it their respective missions to cure each other's personality flaws and self-esteem issues. And his debt problems.

She's Mutt (5 feet 10 inches, fair and gangly), he's Jeff (5-5, dark and intense). She doesn't know who she is; he doesn't like who he is. Their character arcs intersect. Boy meet-cutes girl; boy alienates girl; boy gets (or grabs) girl. The End.

Although director Luc Besson ("Le Dernier Combat," "The Big Blue," "The Fifth Element") hasn't directed a film since the ill-fated "The Messenger: The Story Of Joan Of Arc" in 1999, he is a one-man movie factory, racking up more producer or executive producer credits over the last 10 years than Jerry Bruckheimer (his American counterpart) has amassed since 1972.

Like Bruckheimer's films, Besson's suggest balloons slathered in Vaseline: They are bloated, slick and empty and loud when they pop. Like the popcorn and syrup-infused fizzy-water they are designed to sell, these movies pass through your system without making much of an impression, though they can be vaguely pleasant in a not-particularly satisfying way while you are consuming them. And that's fine. But was your last $10 Diet Coke all that memorable for the price?

On the other hand, perhaps you want to not experience an interlude in your life that you won't have to remember. In which case, you can slip yourself a mickey. Or watch this. 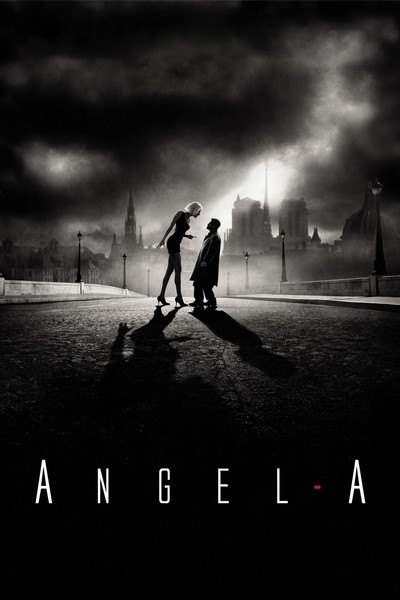