A woman walks across a rocky shore on an overcast day. The mud under her feet and the crashing waves set a tone for a film that’s deeply sensorial and often routine about the drudgery of daily activity. The woman stumbles as she looks at different stones on the beach. It turns out that she is Mary Anning (Kate Winslet), a famous fossil hunter seeking signs of ancient life on the shore, living a solitary, nearly silent life with her mother Molly (Gemma Jones). She seems to have an existence of routine that would be numbing for some people, finding stones to polish in search of fossils and barely speaking. From the beginning of “Ammonite,” writer/director Francis Lee trusts his lead performer to convey an incredible amount without dialogue. And that trust pays off in one of the best performances of Kate Winslet’s career.

Everything changes for Mary when a man named Roderick Murchison (James McArdle) comes into her shop. He’s a fellow paleontologist who seems to have an honest appreciation for Anning’s work, although barely registers Mary’s disdain for the fact that her gender is one of the reasons her accomplishments aren’t more recognized. Roderick has a wife named Charlotte (Saoirse Ronan), whom he treats more roughly than Mary does her fossils. A shot of a bug trapped in a jar is one of the few times that Lee is so direct in terms of visual comparison, but it fits for Charlotte, a woman who is told what to do and when to do it by a husband who tells people she has “melancholia.” An early scene in which the Murchisons eat dinner sets the tone for their dynamic—Roderick orders an elaborate meal for himself and then tells the waiter to bring his wife “plain whitefish, baked, no sauce.”

While Roderick tries to learn a thing or two from Mary, his wife gets sick, and Roderick decides the best thing for Charlotte would be some sea air. He chooses to leave Charlotte in this small town by the water, hoping the rest will do her some good, and he asks Mary to watch over her. Maybe she could head out on some fossil expeditions? Luckily, Lee doesn’t lean into the city/country dynamic much after their first day on the water. Charlotte adjusts to life with Mary, even helping out with her work. A scene in which Charlotte helps carry a giant rock that Mary couldn’t have done on her own is formative in that this is a movie about connection and how some aspects of life take four hands instead of two.

Mary and Charlotte get closer and closer until their relationship turns physical. Despite notable differences in background and interests, they turn out to have incredible chemistry, bringing out something in one another both emotionally and physically. Great partners teach us new things about ourselves, and “Ammonite” really gets that element of human relationships without overplaying it. Lee’s approach is tactile without feeling exploitative or manipulative. Actually, one could argue parts of “Ammonite” are too low-register, but that’s reflective of its protagonist's personality in a way that keeps this love story from devolving into melodrama when it could at so many points. And the film explodes in passionate love-making scenes that contrast with the drudgery of the rest of the film. They feel like drowning people gasping for air or people in darkness seeing blinding light for the first time. The contrast makes Mary and Charlotte’s passion burn brighter.

All of this falls apart completely without two high caliber performers to pull it off. Ronan is very good here—she quite literally always is at least ‘very good’ in everything she does—but the movie really belongs to Winslet, who reminds us how incredible she can be with the right material. She avoids every single trap into which this character could have tumbled, refusing to overplay the reclusive aspects early in the film and finding so much to say through body language instead of dialogue throughout. The way her body responds when Charlotte touches her the first time, and then as their relationship gets more physical, feels transformative. There’s so much grace and nuance in this performance that it could be studied to consider all of the smart decisions that Winslet makes in each scene. She has been given a remarkably small amount of dialogue and no narration, and yet she conveys an overwhelming amount of inner conflict. It’s never once forced or manufactured. And Ronan matches her beat for beat, especially in the second half of the film. She too has been changed by this union, but she responds to that change differently. The final scene will frustrate some people, but it will also lead to some fascinating writing about where these characters went from here.

On that note, Mary Anning was a real fossil hunter who made formative discoveries, but there’s no evidence that she had a relationship with someone like Charlotte. Anning’s descendants have questioned using a real person for a story like this, but that conversation ends for me when we ask ourselves if people would object to a heterosexual romance being fictionally placed on Anning (only the most puritanical historians would do so). With “Ammonite,” Francis Lee is reaching for something deeper than a biopic or history lesson. It is a story of connection, something we all seek, even after our lives seem to have made it impossible to find. Even people as removed from society as Anning can suddenly be thrust into life-changing relationships. We can all be changed forever by someone we meet like an unexpected fossil find, digging through the rocks on the shore to discover something you’ve never seen before.

This review was originally published on September 11, 2020 in conjunction with the premiere at the Toronto International Film Festival. The film opens theatrically on November 13, 2020 and will be on VOD on December 4th, 2020. 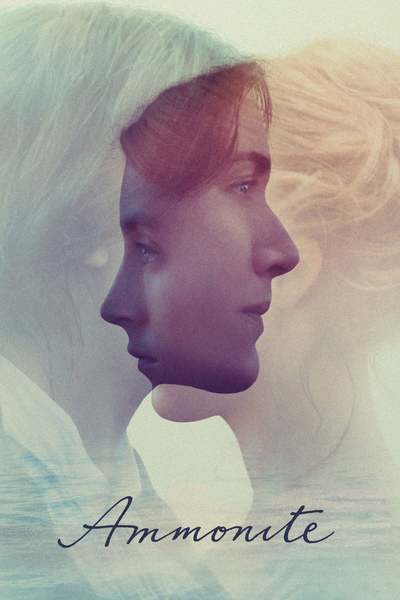