Evan Rachel Wood has a predatory tiger in her tank as a teasing, twisted and tortured cleaning lady on the prowl in “Allure.” From the first scene, when a doughy dude enters her darkened bedroom, dons a blindfold and stumbles into her clutches, Wood’s androgynous Laura takes charge. Attempting to arouse her prey, she impatiently snaps, “You’re no good to me if you can’t get hard.” But when she stoops to violence and nearly smothers him with her hands while straddling his body during sex, he angrily flees.

The encounter clearly has left her hunger unabated. In the morning, she goes to a new client’s house. Going about her chores, she encounters Eva (Julia Sarah Stone), a waifish 16-year-old who cheerlessly practices classical music on a piano. There is a “For Sale” on the front lawn and it turns out Eva’s distant and demanding mother (Maxim Roy) plans on them moving in with her latest boyfriend—a decision that dismays her daughter. After checking her lipstick in the bathroom mirror she has just wiped down, Laura ambles into Eva’s room, smiles and compliments her on a Nirvana poster on her wall. The teen lights up from the attention, and soon she and the 30-ish hired hand are knocking back screwdrivers in Laura’s nondescript living room. Eva sleeps over on a basement couch and soon matters grow a great deal more complicated from there as the plot meanders into “Misery”-like kidnapping territory.

Wood, whose whippet-thin appearance in this dank noir-ish drama semi-draped in mystery could be described as Kristen Stewart lite, fully dedicates herself to embodying a rather unpleasant and contradictory character as she attracts her prey and then goes about abusing them physically and emotionally. After meeting her father (the terrific character actor Denis O’Hare), whose gaunt features suggest he’s haunted by the past, we learn that he is also Laura’s employer and basically supports her. Does that suggest he is guilty about something? Signs point to yes.

Their strained current relationship—they rather pathetically go to happy hour after work with other employees and never crack a smile—suggests that daddy dearest might be at the root of her sociopathic and destructive nature. Despite Wood’s best efforts, I couldn’t manage much sympathy for her manic-depressive Laura, even after the reason for her less-than-savory approach to sex is eventually explained. As for Stone, her good-at-heart Eva’s motives for sticking around, even after it is clear her succubus-like captor has issues up the wazoo, are never wholly believable. At one point, she almost makes a getaway on a public bus and it was all I could do to not yell “Go already!”

The utterly humorless script of “Allure” often makes for uneasy viewing. Not even breaks for go-kart racing and karaoke (Stone’s wan take on Madonna’s “Material Girl” doesn’t even lead to a chuckle) provide relief. But at least Carlos and Jason Sanchez, Montreal-based sibling photographers whose well-regarded work emulates movie stills, know their way around visual atmospherics with glowing red lights and shadowy environs while keeping sunlight to a minimum. One of their best decisions while shooting in their hometown was to start with the damp chill of autumn and end with a full-on blizzard. Also, the darkness of the season often makes Laura’s rectangular box of an abode feel almost tomb-like—a nice touch.

If “Allure” were indeed more alluring, I probably wouldn’t have flinched so much at Laura and Eva’s awkward bedroom encounters. But it takes a better movie than this to justify exploiting the sight of the child-like Stone being pawed by the ravenous Wood, even if her character treats her more like a pet than a person. One thing the Sanchez brothers do get right? They know how to start with a bang and end on one. Here’s hoping they learn how to better flesh out the narrative in between. 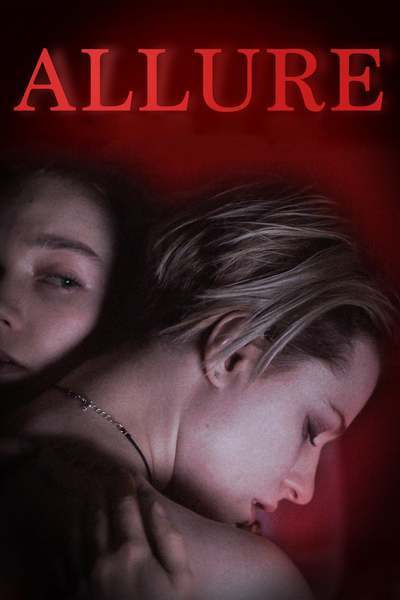