A good psychoanalyst doesn’t do a lot of talking. They let their patient talk, and talk, and talk. After a while, a person who’s been given such reign to express themselves becomes unwittingly naked and vulnerable to the discerning listener. What rises to the surface from all the chatter and noise, pauses and other verbal punctuations, is a clear picture of the patient’s preoccupations. Do they keep circling back to the same problem or subject? Are they worried about their work or love-life? How do they form their sentences? Where do they falter, when do they digress? What verbal inflections, and when? Do words repeat themselves? The patient frames their issues simply through the use of language.

While a therapist is silent for a very professional purpose, Taiwanese actor Lee Kang-Sheng appears to be just a naturally quiet kind of fellow, as seen in “Afternoon,” a film that consists of a two-hour-plus, midday conversation between Malaysian-born, Taiwan-raised filmmaker Tsai Ming-liang and his long-time collaborator Lee. Especially in the first hour, the film feels a bit like watching a one-sided conversation. Lee is the solid and level-headed anchor of the two, a sounding board for Tsai. The filmmaker, on the other hand, speaks freely, openly, and verbosely, as if he were a tap someone forgot to turn off. Because the film is set up as four very long takes, there is nothing else that can transpire in this interrupted conversation, so we have to get used to the silences and the organic flow that pepper the free-flowing conversation.

That’s not to suggest, however, that “Afternoon” elides its staginess. “Weren’t we supposed to talk about ‘Stray Dogs?’” Lee asks Tsai at one point, referring to one of their more recent collaborations together. Tsai is mirthful in his response, for he’s spent most of the running time talking about bigger, broader subjects. Tsai opens up to Lee about how he might be dying, for example—whether or not this is something he’s telling Lee for the first time is unknown, because it’s presented like it might be as such, and Lee has a most excellent poker face. Production crew members also occasionally pop into the sides of frame or ask questions of the two when things get quiet.

Tsai talks at length about life, the afterlife, his homosexuality, his platonic relationship to Lee, whom he sees as essentially a life partner, someone whom he was destined to meet, and their work together in the past two decades. What the viewer—acting as a pseudo-therapist—learns from “Afternoon” is that the death-preoccupied Tsai, having retired from his filmmaking career (despite working in a smaller capacity these days), wants to document this conversation for posterity and really make it understood to both Lee and their public that he truly loves his muse. Their working relationship, over twenty years long, is a fascinating one, and since no one has bothered to document it, Tsai steps in to do the job. His tender and repeated articulations of how highly he values Lee in his life unspool in slow fashion, giving us the breathing room to appreciate why the director set up this rather strange filming exercise in the first place.

This is not a film for people unfamiliar with Tsai and Lee’s work. It’s a film for cinephiles who loved “Stray Dogs.” Some have called “Afternoon” more a “DVD extra” than a real film, but I disagree—like other Tsai films, it establishes its own slow representation of time and the way human interactions and performances play out. Like with other Tsai films, we become acutely aware of the space in the film—the lush greenery that peeps into the windows, a sunny contrast to the muted dilapidated interiors. The results are sublime, reminiscent of the intimacy of “My Dinner with Andre” and the thinking-through-ideas processes of “This is Not a Film.” “Afternoon” is not Tsai’s swan song, nor is it a footnote. Like with the rest of his oeuvre, we struggle to define his cinema in a meaningful way, but remain transfixed by its beauty. 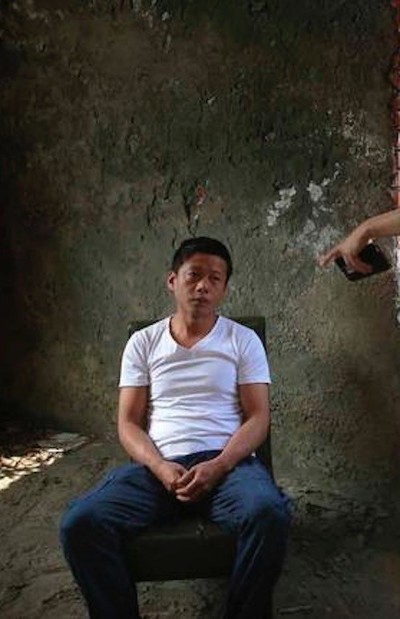 Tsai Ming-liang as Himself