"Aftermath," a new revenge drama starring Arnold Schwarzenegger, is considerably more contemplative and downbeat than the Austrian leading man's fans might expect. Unfortunately, the film's commendably atypical focus on characters, mood, and psychological realism does not make Schwarzenegger's latest necessarily good. We spend much of the film waiting for something to happen after two strangers—a construction foreman (Schwarzenegger) and an air traffic controller (Scoot McNairy)—have their lives implicitly bound together by the collision of two commercial airliners. "Aftermath" should be refreshing for its atypically slow build-up to these two characters' climactic meeting. But more often than not, it feels lifeless and angsty, mostly because it never has anything substantial to say about the grieving process beyond immersing viewers in trite representations of post-traumatic stress. The film's short-comings are especially upsetting since Schwarzenegger is actually rather good in the film, and proves once again that, despite a severely limited range, he knows how to brood.

Schwarzenegger plays Roman, a man who works with his hands, but is woefully unable to do anything after a plane crash—perpetuated by a combination of equipment failure and negligence by well-meaning family man Jake (McNairy)—kills his wife, his daughter, and his daughter's unborn child. Roman is devastated. He stays in his house, sees nobody, visits his family's grave, and generally stares off into the mid-distance. Roman has emotionally checked out, and that gives Schwarzenegger a lot of room to be moody and exhausted, his two main emotional registers during recent performances. He doesn't know Jake, but he's shown to suffer just as much as him. Jake, post-accident, cannot concentrate. He tries to show love to his wife and son, but that proves futile. He doesn't sleep well, is obsessed with the news, and is hounded by the press.

We spend much of "Aftermath" waiting for these two characters to catch up with each other, which should give you an indication of the emotional pressure that builds throughout this film. Yes, "Aftermath" is inevitably about revenge, but it's also about the emotional stakes that lead characters to want to avenge their loved ones. Still, this movie does not make narrative sense beyond a point since it's essentially a series of scenes that show how consumed by grief these two characters are. That's not always a bad thing. Schwarzenegger carries many of his scenes, like the one where Roman, facing a panel of unfeeling bureaucrats, demands that somebody apologize for the death of his family. The scene in general may be hackneyed—who really needs to see another angry man face an uncaring world ruled by ass-covering company men—but it does have a kernel of raw emotion thanks to Schwarzenegger.

The scenes that revolve around Jake and his wife Christina (Maggie Grace) are similarly rote, but intense. You really get the sense that these characters are going through hell when she tries to break through his self-pity and convince him that a temporary separation might eventually lead to the salvaging of their marriage. Grace comes off as a real person in that sense, even if the scenes themselves do inevitably gravitate around McNairy's hang-dog expression, and his pitiful inability to do anything but pout and parrot his wife's suggestion that they spend some time apart for their son's sake.

Still, there are way too many scenes where Jake and Roman unproductively sulk and revel in shell-shock. The film's cast do the hard work of making you believe these characters exist, but director Elliott Lester ("Blitz," "Nightingale") and screenwriter Javier Gullon rarely give them anything worth saying. Gullon skillfully avoids some major clichés, and genuinely gives you the impression that he's interested in his characters' inner lives. But what does it say about "Aftermath" that Roman's inner turmoil is expressed through generic recurring nightmares about his wife and daughter's airplane breaking apart before his eyes? And why does the movie dwell so much on Jake's marriage, to the point where it inadvertently confirms his latent fear that he is nothing without his family? "Aftermath" is consistently too neat to be thoughtful.

Still, I don't want to dismiss this film too hastily since it does give viewers a rare opportunity to watch Schwarzenegger, one of the last great action stars, prove he's more than just his muscles. Schwarzenegger is, in a couple of scenes, filmed with his clothes off, as if to remove the mystique of his bulky frame. He'll never be average, but he looks less imposing with his chin stuck to his enormous chest, and his eyes on his feet. The man still radiates menace when he needs to, but he never had to work so hard to do it.

Gone are the days of one-liners and gory deaths. Today's Schwarzenegger is a man of inaction. This new look kind of suits Schwarzenegger, an actor whose limited range has often made him the target of unfair criticism. Now, the man doesn't have to just provide a presence (though that's realistically more than most stars, regardless of genre, are able to do). Here, his essence is boiled down to a deferred look, a hard stare, or a slumped pose. Or, put another way: his body talks without overstating the obvious. I just wish it had something more to say. 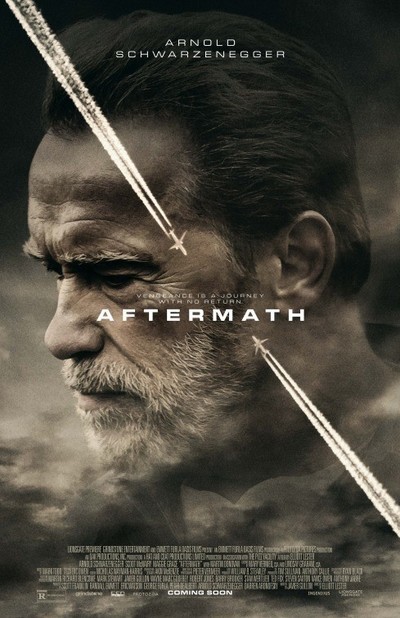 Rated R for a scene of violence.