Ichiko (Mariko Tsutsui) tells her new hairdresser that she has a “common face.” But we can tell that she’s clearly going through something very uncommon. She’s awkward and nervous with the gentleman (Sosuke Ikematsu) in a way that makes it clear she had ulterior motives when she asked for him specifically. What exactly does she want with him? It will take viewers a long time to get an answer to that question in Kôji Fukada’s “A Girl Missing,” and many of them will have stopped caring by the time it comes.

Ostensibly a story about the hollowing impact of vengeance, the latest from the director of “Harmonium” is purposefully complex and distancing. Its structured with two parallel timelines in a manner that obfuscates the impact of both. I’m fine with films that time jump for a purpose, but Fukada’s decision to do so here actually defeats the story's thrust, turning a character study into a pretentious structural exercise. There’s a strong performance at the center that keeps it moving as Fukada rations out the story twists, but what’s missing here is a radical restructuring of a frustrating screenplay.

The very-talented Tsutsui reunites with her “Harmonium” director to play both a woman who seems to have it all together and a future version of her that definitely does not. What goes so wrong for Ichiko that she seems to be in the sway of a nervous breakdown in one of the film’s timelines? As Fukada bounces back and forth, it’s almost like watching two different people, and it's more jarring than insightful. Watching Ichiko’s progression would have been far more powerful than bouncing back and forth like a set of “before and after” pictures.

In the before, Ichiko is the home nurse for an elderly woman with two lovely grandkids named Motoko (Mikako Ichikawa) and Saki (Miyu Ozawa). She’s a part of the family, caring for the matriarch and even helping tutor the girls, until Saki goes missing. Luckily, she’s found alive, but it turns out that Saki’s kidnapper was Ichiko’s nephew Tatsuo (Ren Sudo). Did Ichiko enable her predator nephew? Motoko convinces Ichiko not to tell the family about the connection. At first, it feels like Motoko just doesn’t want to lose another part of her life, but it become clear she has feelings herself for Ichiko. And then everything falls apart.

In the after, Ichiko has lost it all, including the fiancé and soon-to-be stepson in her life, and she’s on a path to find some justice for what’s been taken from her. Sadly, her motives here are cloudy because Fukada so purposefully keeps key information from his viewers, really all the way to the end. Stories of ambiguous morality don’t often blend well with tales of blinding vengeance, and Fukada takes that dilemma a step further and divides his heroine into two different versions of herself. The truth is that the Ichiko after the kidnapping is the same one as the Ichiko before it, and the better film allows us to see her transformation instead of jumbling it.

Ultimately, despite Tsutsui’s impressively subtle work, Ichiko remains a mystery. Perhaps that’s the point. Perhaps Fukada is revealing the emptiness at the center of vengeance and regret through his structural gamesmanship, reminding viewers that this kind of behavior never works and often doesn’t even makes complete sense to those doing it. So while Ichiko often feels like she’s manipulated by a screenwriter instead of acting like a normal human being, Fukada’s point is that vengeance blinds us into becoming hollow versions of ourselves. Sure, that’s interesting, but it can’t carry an entire movie without viewers feel like they’re, well, missing something to hold onto. 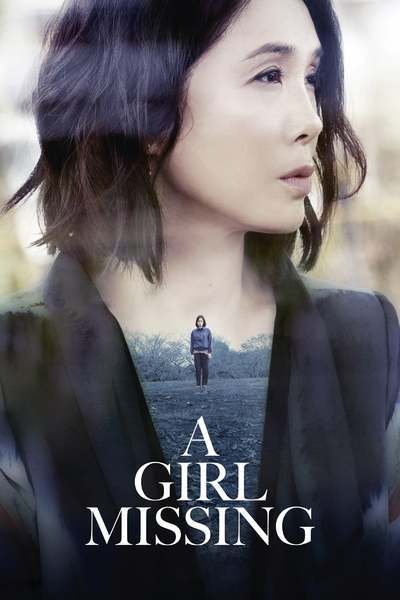