Although the very idea of combining Christmas cheer and grisly gore is probably still enough to send certain people into pearl-clutching apoplexy, Yuletide-related bloodbaths have proven to be a popular trope for horror filmmakers over the years. On the grand scale of big-screen Noel nastiness, ranging from such classics as that segment of "Tales from the Crypt" where nasty Joan Collins was stalked by a psycho Santa, the original slasher classic "Black Christmas," the demented cult film "Christmas Evil" (which should be seen by every man, woman and child simply for the ending alone) the immortal "Gremlins," to such garbage as the once-controversial "Silent Night, Deadly Night" and the crummy remake of "Black Christmas," the new anthology film "A Christmas Horror Story" lands squarely in the middle.

Taking place on Christmas Eve, the film is set in Bailey Downs, a seemingly bucolic town that is still reeling from the horrific tragedy exactly one year earlier when two teenagers were found brutally slaughtered in the basement of the local high school, a building that previously housed a convent with its own set of unsavory secrets. Because the crime remains unsolved, ambitious teen Molly (the wonderfully-named Zoe De Grand Maison) convinces fellow classmates Dylan (Shannon Kook), Ben (Alex Ozerov) and Caprice (Amy Forsyth) to sneak into the building with a video camera as part of a class assignment. At the last second, Caprice cannot go because she is forced to go on a trip with her loathsome family to pay a surprise visit to a rich great-aunt and their general misbehavior attracts the attentions of Krampus, the legendary anti-Santa who comes out on Christmas Eve to punish the wicked in brutal fashion.

Meanwhile, the cop who found himself in the middle of the investigation of the previous year's slaughter (Adrian Holmes) goes out with his wife (Olunike Adeliyi) and young son to an area clearly marked "No Trespassing" to cut down a Christmas tree for their apartment. Alas, the kid disappears for a few minutes and when he does return, he begins acting very strange. While all of this is going on, Santa Claus (George Buza) is at the North Pole preparing for his annual ride when his elves become infected with something that turns them into violent undead psychopaths that he must dispatch in gory fashion. Presiding over the various narratives is Dangerous Dan (William Shatner), an increasingly inebriated DJ pulling a double holiday shift who rants about the true meaning of Christmas while supplying increasingly dire tidbits about some strangeness down at the local mall where the station's put-upon weatherman is taking part in a food drive.

Unlike most horror anthologies, which offer up one complete story after another (a la "Creepshow"), "A Christmas Horror Story" tells its tales by inter-cutting its various narratives along the lines of what Robert Altman did in bringing the stories of Raymond Carver to the screen in "Short Cuts." Considering that the film is the product of three separate directors and four screenwriters, this is a fairly ambitious approach to take and the end result is surprisingly coherent in the way that it brings the various stories together. The problem is that by doing it this way, the film is constantly undercutting its own ability to generate any real suspense because whenever one of the stories begins to generate any real head of steam, viewers are jerked into another one and the whole process starts over again. After a while, the whole thing just becomes an exercise in frustration and by the end, the only real suspense comes from the question of how the film is going to ultimately reconcile the seemingly out-of-place tale of Santa fighting off hordes of zombie elves with the others. (It does, amazingly, but while the solution might have seemed like a nifty bit of outrageous dark humor on the page, it just doesn't quite play that way on its feet.)

Would "A Christmas Horror Story" have played better if it had a typical anthology structure? Probably not, though, as is the case with most films of this, the mileage will vary from viewer to viewer. The story in the school basement is pretty much a hodgepodge of familiar spook story cliches but does benefit from a nice performance from Zoe De Grand Maison (seriously, that name is so great that if someone marries her and doesn't take her name, they are a fool) and a couple of sudden "BOO!" moments that actually work. The story involving Krampus (who is getting his own mainstream feature this Christmas) has a couple of nicely nasty bits but takes too long to build to a finale that just isn't that much in the end. The one with the kid and the tree is nicely creepy at times but is a little too gleeful in its depiction of a little kid doing violent things and getting whacked several times with a baseball bat in return. As for the Santa stuff, it is fun in a dumb way and George Buza is oddly effective as the jolly one. But as a wise man once didn't quite say, if you've seen one homicidal elf, you've seen them all. "A Christmas Horror Story" doesn't quite make it in the end, but if the filmmakers were to try it again next year (if the anthology horror indie "V/H/S" can spin off a couple of sequels, anything is possible), I would be curious to check it out. 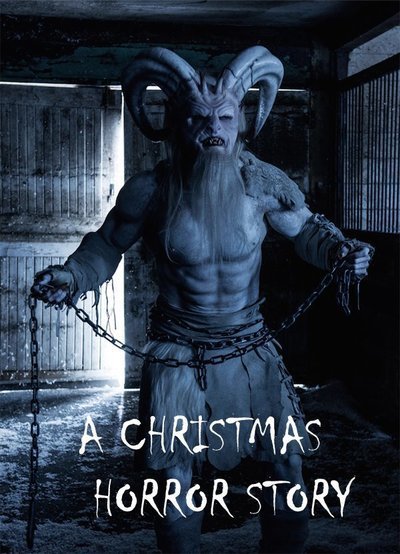