It was e. e. cummings, the poet, who said he'd rather learn from one bird how to sing than teach 10,000 stars how not to dance. I imagine cummings would not have enjoyed Stanley Kubrick's "2001: A Space

Odyssey," in which stars dance but birds do not sing. The fascinating thing about this film is that it fails on the human level but succeeds magnificently on a cosmic scale.

Kubrick's universe, and the space ships he constructed to explore it, are simply out of scale with human concerns. The ships are perfect, impersonal machines which venture from one planet to another, and if men are tucked away somewhere inside them, then they get there too.

But the achievement belongs to the machine. And Kubrick's actors seem to sense this; they are lifelike but without emotion, like figures in a wax museum. Yet the machines are necessary because man himself is so helpless in the face of the universe.

Kubrick begins his film with a sequence in which one tribe of apes discovers how splendid it is to be able to hit the members of another tribe over the head. Thus do man's ancestors become tool-using animals.

At the same time, a strange monolith appears on Earth. Until this moment in the film, we have seen only natural shapes: earth and sky and arms and legs. The shock of the monolith's straight edges and square corners among the weathered rocks is one of the most effective moments in the film. Here, you see, is perfection. The apes circle it warily, reaching out to touch, then jerking away. In a million years, man will reach for the stars with the same tentative motion.

Who put the monolith there? Kubrick never answers, for which I suppose we must be thankful. The action advances to the year 2001, when explorers on the moon find another of the monoliths. This one beams signals toward Jupiter. And man, confident of his machines, brashly follows the trail.

Only at this point does a plot develop. The ship manned by two pilots, Keir Dullea and Gary Lockwood. Three scientists are put on board in suspended animation to conserve supplies. The pilots grow suspicious of the computer, "Hal," which runs the ship. But they behave so strangely -- talking in monotones like characters from "Dragnet" -- that we're hardly interested.

There is hardly any character development in the plot, then, as a result little suspense. What remains fascinating is the fanatic care with which Kubrick has built his machines and achieved his special effects. There is not a single moment, in this long film, when the audience can see through the props. The stars look like stars and outer space is bold and bleak.

Some of Kubrick's effects have been criticized as tedious. Perhaps they are, but I can understand his motives. If his space vehicles move with agonizing precision, wouldn't we have laughed if they'd zipped around like props on "Captain Video"? This is how it would really be, you find yourself believing.

In any event, all the machines and computers are forgotten in this astonishing last half-hour of this film, and man somehow comes back into his own. Another monolith is found beyond Jupiter, pointing to the stars. It apparently draws the spaceship into a universe where time and space are twisted.

What Kubrick is saying, in the final sequence, apparently, is that man will eventually outgrow his machines, or be drawn beyond them by some cosmic awareness. He will then become a child again, but a child of an infinitely more advanced, more ancient race, just as apes once became, to their own dismay, the infant stage of man.

And the monoliths? Just road markers, I suppose, each one pointing to a destination so awesome that the traveler cannot imagine it without being transfigured. Or as cummings wrote on another occasion, "listen -- there's a hell of a good universe next door; let's go." 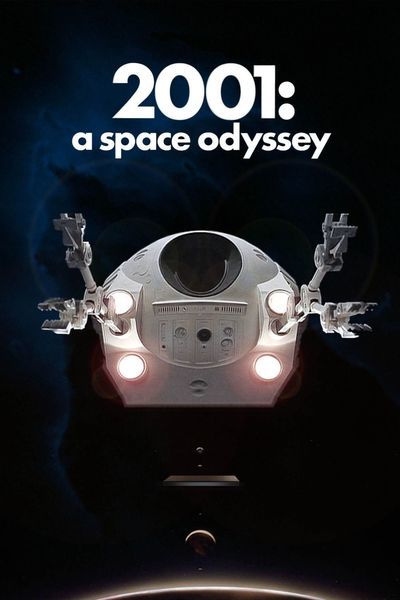