At a time when it seems as if cinema experiences a new technological breakthrough every few months, it's oddly comforting that moviegoers can still be hooked by a film that's presented as being one unbroken shot. Granted, it's not a new idea, but the concept of an extended single shot, whether the shot is meant to stretch for an entire movie, or just serve as the focus for an especially showy scene, still has the power to excite viewers on some basic level. “1917,” the new film from Sam Mendes, is the latest attempt at the feature-length single-shot approach, and its technical accomplishments cannot be denied. But the film is so obsessed with its particular technique that it doesn’t leave room for the other things we also go to the movies for—little things like a strong story, interesting characters, or a reason for existing other than as a feat of technical derring-do. Sitting through it is like watching someone else playing a video game for two solid hours, and not an especially compelling one at that.

As indicated by the title, “1917” is set amidst the turmoil of World War I and takes place in and around the so-called “no man’s land” in northern France separating British and German troops. Two young corporals, Blake (Dean-Charles Chapman) and Schofield (George MacKay), are awoken from what could have only been a few minutes of sleep and ordered to report for a new assignment. A few miles away, another company, one that includes Blake’s brother, has planned an attack to commence in a few hours designed to push the Germans back even further following a recent retreat. However, recent intelligence suggests that the retreat is a ruse that will land them in ambush that will cost thousands of British lives. With the radio lines down, Blake and Schofield are ordered to head on foot to that company in order to call off the attack before it can commence, a journey that will force them to travel through enemy territory. Of course, the two have been assured that where they will be crossing is safe enough, but the tension within the soldiers they meet as they get closer to the front, and the recent nature of the carnage they witness when they first go over the top, suggests otherwise. And yet, that first glimpse of the literal Hell on earth they must journey through is only a taste of what they have to endure—at one point, one of them inadvertently plunges a hand recently sliced by barbed wire into the open wound of a corpse and that turns out to be one of the less excruciating moments in store for them.

“1917” essentially wants to do for World War I what “Saving Private Ryan” did for World War II and “Platoon” did for Vietnam—provide a visceral depiction of the horrors of combat for viewers whose only frame of reference for those conflicts has been history books or other movies. This is not a bad idea for a film, but "1917" never quite comes alive in the way that Mendes presumably hoped, and much of the reason for that is the direct result of how he has deployed to tell his story. Now, I enjoy an extended single-shot sequence that exists solely for a filmmaker to show off their technical finesse, but if I were to make a list of the most effective one-shot sequences, they would be the ones that are so absorbing for other reasons that we don’t even register at first that they have been done in what looks like one long take. Take the famous opening scene in Orson Welles' “Touch of Evil,” for example. Yes, it is a technical marvel. But at the same time Welles was pulling off this trick with the aid of cinematographer Russell Metty, he was setting up the story and introducing several of the key characters quickly and efficiently. When he did finally make a cut, it came as a genuine shock.

By comparison, there is hardly a moment to be had in “1917” in which Mendes is not calling out for viewers to notice all the technical brilliance on display. Taken strictly on those terms, the film is undeniably impressive—Roger Deakins is one of the all-time great cinematographers and his work here on what must have been a fiendishly challenging shoot is as impressive as anything he has done. The problem is that the visual conceit can’t help but draw attention to itself throughout, whether it is due to the increasingly showy camera moves or the sometimes awkward methods that are deployed to camouflage the edits and which begin to stick out more and more. (Oddly enough, the most blatantly obvious method used to hide a cut—one of the characters being briefly knocked unconscious—is actually the most dramatically effective of the bunch.) Instead of gradually fading into the background in order to make room for elements of a more dramatic or emotional nature, the distracting technique remains front and center.

Granted, one of the reasons that the visual style ends up dominating the proceedings is because there isn’t really much of anything on hand here that has much chance of stealing focus. The storyline concocted by Mendes and co-writer Krysty Wilson-Cairns too often feels like an amalgamation of such classic WWI films as "The Big Parade," “All Quiet on the Western Front” and "Paths of Glory." At certain points, the story stops dead for brief appearances by familiar faces like Colin Firth, Benedict Cumberbatch and Mark Strong in exposition-heavy sequences that feel exactly like the cut scenes that appear between the different levels in video games.

“1917” is not entirely without interest. This was clearly a fiendishly complicated project to stage and execute and there are some scenes (such as an especially tense one set in a seemingly abandoned shelter that contains a few nasty surprises), that are legitimate knockouts. And yet, for all of its technical expertise, little of it helps viewers to care about the characters or what might happen to them. When all is said and done, "1917" is basically a gimmick film. If that is enough for you, you may admire it for its accomplishments. Personally, I wanted more. 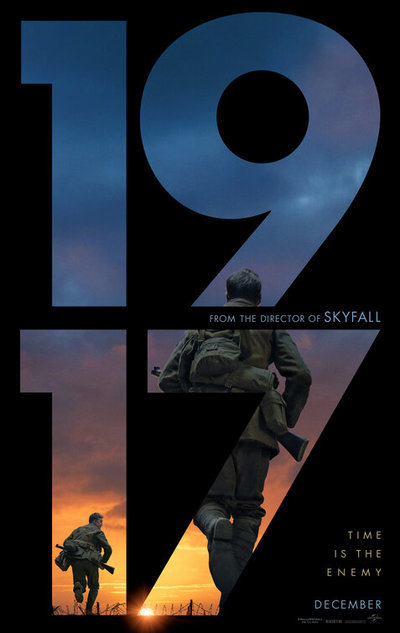 Rated R for violence, some disturbing images, and language.