A hard-hitting, investigative look at my dad

I live in Brooklyn. My dad, the jazz pianist and composer David Zoller, lives in Dallas. It used to be that I'd go visit him and come home and my friends would ask "How is he?", and I'd say, "Very well, thanks for asking." In recent years, though, I've started volunteering too much information: where we went, what we ate, what we talked about, funny quotes from one of our conversations. A few days ago, somebody learned that I'd visited Dallas again and stayed with my dad and when they asked how it went, I blurted out, "It was the best. My relationship with my dad is one of the greatest things I've ever experienced or ever will experience."

A simple, "Fine, thank you" would have sufficed, but what can I say? I was feeling it.

I should qualify or complicate this by saying that I did not always experience that ecstatic rush of sentimentality when talking about my dad. I'm a child of divorce. For the first 18 years of my life—I'm 45 now, he's 72—our relationship was affected by a fair amount of what I and other children of divorce tend to sum up as "divorce stuff." Everybody's divorce stuff is different. But everyone who's been through the experience, as an ex-spouse or the child of ex-spouses, knows what I mean. You're told certain things for self-interested reasons, things that often come from bitterness and anger and hurt and that are more revealing of the speaker's personal issues and mindset than the person being described. Because you're a kid you internalize these statements and accept them. It's a personal, domestic version of Stockholm Syndrome.

Suffice to say I was given a party line on my dad that didn't match up with the reality of my dad. I never got a chance to understand all the ways in which it didn't match up because I was living with my mom and stepfather during the first part of my life and receiving much of my information through what you might call State-Run Media. But luckily, at a certain point two complimentary forces converged to remedy that situation. One was, I moved out of my parents' house in sophomore year of college at Southern Methodist University. The other was, I met my future wife, Jennifer Dawson, at that same college. Jennifer liked my dad from the minute she met him, and liked his second wife, the singer Genie Grant, too, and wanted to spend more time around them, and thought I should spend more time with them because I obviously really liked them both. Genie encouraged my visits as well. Sometimes she'd just call me up on a random afternoon and ask if I wanted to come over for dinner. If I didn't have a class or a party that night I'd say yes, especially if she was cooking pork loin roast seasoned with rosemary and little slivers of garlic slipped beneath the skin. When I was in Dallas last week, I told my dad over coffee at Starbucks, "I never would have imagined as a kid that we'd have the kind of relationship we have today." He said, "There's one person who's probably more responsible for that, on my end anyway, than anyone else, and that was Genie." 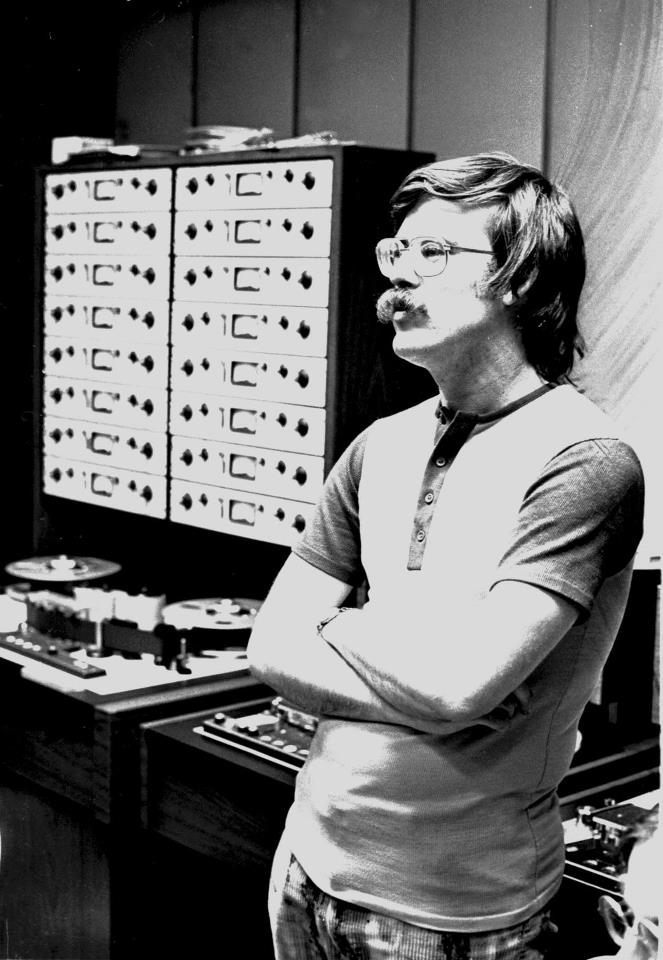 I think things started changing for us, really changing, when I started seeing my dad play with jazz trios at the Fairmont Hotel in downtown Dallas and with sextets and big bands or solo at other clubs, a number of which are now closed. Throughout my twenties and most of my thirties, my dad and I had what I guess you could call an intellectual friendship. There was love there, of course, but ninety percent of the time when we talked, we'd talk about jazz and movies. Specifically, he'd talk about jazz and I'd talk about movies. Sometimes we were alternating monologues. Dad would tell me a story about Billie Holiday during a certain period of her career, or describe the relationship between
Advertisement
Duke Ellington and Billy Strayhorn, or talk about how the process of mechanical mastering of records changed in the sixties, and I'd reply by telling him a story about Martin Scorsese shooting "Taxi Driver," or the collaboration between Orson Welles and Gregg Toland, or the development of surround sound for movie theaters. We found a way to talk to each other through art. I'm very lucky to have had that. I know a lot of people don't have that, or the equivalent of that. Believe me, I know. He taught me a lot, I taught him a lot, and over the years we developed a common ground. The really wonderful thing is, I knew that's what would happen. As soon as we made the effort to connect—with the encouragement of our then-mates—the ball got rolling and it never stopped rolling. 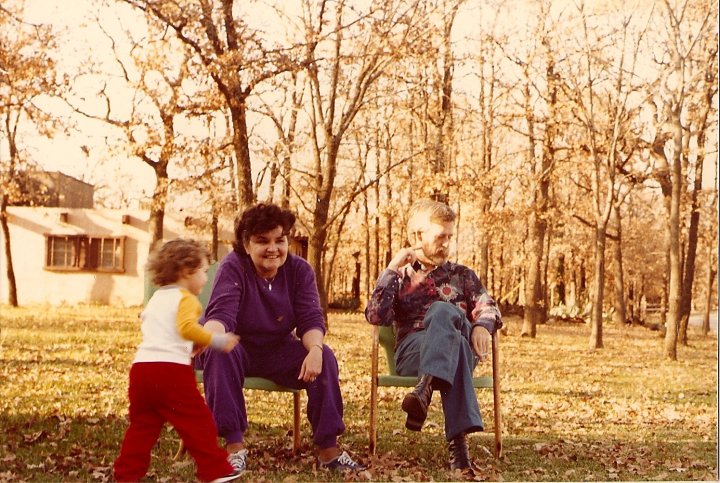 I knew things were going to be all right when I went to see him at Pyramid Room at the Fairmont back in about 1988 or early '89. it was a surprise. He'd told me about the gig a week earlier, but I don't think he actually expected me to show up.  I showed up and brought a couple of friends with me. We were late even by jazz standards. Not only did I have to convince the hostess that we were just there to see my dad and that it was OK to let us hang out there even though the club served alcohol and we were all underage, the place also had a jackets-required policy, and we looked like bums. They took us to the coat room and had us pick out sport coats to wear over our t-shirts and jeans and beat up college-boy sneakers. Then the hostess led us to a table somewhere in back. My dad looked up and saw us enter. He was soloing at that moment—I can't swear that I exactly recall which song, but in my memory it has become "Misterioso," by one of his favorite composers, Thelonious Monk—and he worked in a couple of phrases from "If I Only Had a Brain." Then he smiled and kind of half-raised an eyebrow at me as if to say, "Did you get that?" I saluted him with my water glass.

That became tradition. At a certain point during a solo he'd look at me—a heads-up to listen closely—and then throw in a musical in-joke, such as a phrase from a Beatles or Billy Joel tune, or a song he knew I'd recognize from the vinyl record he'd given me for Christmas one year, "The Best of Spike Jones." If I got it, I'd nod yes, and he'd grin. If I didn't get it, I'd make a confused face and during a break, he'd tell me what it was. 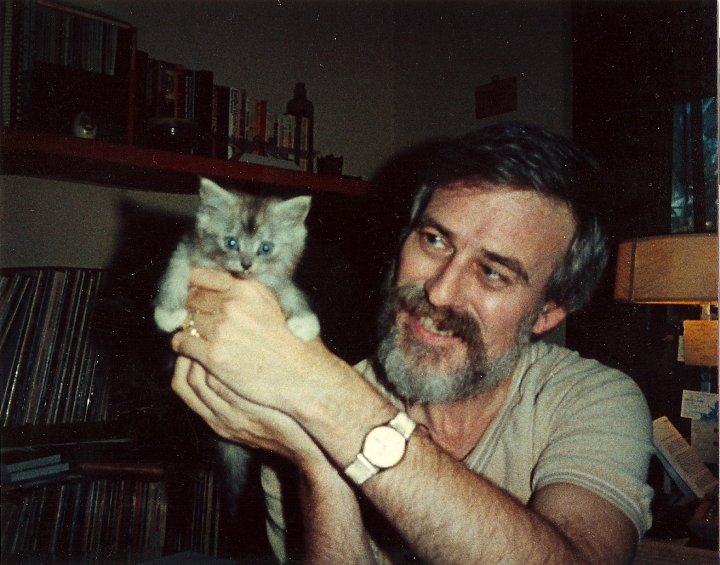 My dad's easy to get along with. He's a kind and decent man. He's generous with his friends and colleagues (some of whom know him by his 1970s nickname Captain Weird) and particularly attentive to the young musicians he's mentored. A few of the latter have told me that he has a different nickname these days: The Professor (because, as one young bassist put it, "Every time you play with him, you go to school"). I don't think we entered this newer, deeper phase of our friendship, though, until we both lost our wives:
Advertisement
me in 2006, to an undiagnosed heart ailment; him in 2009, to cancer. Jen and Genie died two days apart in the same month, April (the cruelest month, as per T.S. Eliot).

We never discussed the dynamics of the change that ensued in our relationship because I don't think we really had to. It was as if life said, "Neither of you are getting any younger, so you'd better kick this father-son thing up a notch." And we did. What we have now is profound. I treasure it.

Here are three videos of my dad sitting in at the Balcony Club in Dallas last weekend, with the trio's leader Jonathan Fisher on bass and Andrew Griffith on drums. They played, in order, "Sound of Love," "Softly, as in a Morning Sunrise," and "Mercy, Mercy, Mercy."

You can download some of my dad's music here. You can order his CDs here.

Dave Zoller 1 from RogerEbert.com on Vimeo.

Dave Zoller 2 from RogerEbert.com on Vimeo.

Dave Zoller 3 from RogerEbert.com on Vimeo.