Tishuan Scott and Ashton Sanders on "The Retrieval"

When he was a student, actor Tishuan Scott developed a dislike of history. He couldn’t understand why African-American people were represented solely by Rosa Parks and Martin Luther King, Jr. in his textbooks. Why was a century of black history wedged between the 1863 emancipation and the 1963 civil rights marches rendered nonexistent? Scott’s latest picture, "The Retrieval," joins a growing slate of new films designed to fill the historical gaps left shamefully vacant by American cinema.

Set in 1864, this remarkably suspenseful drama initially centers on two black men, Marcus (Keston John) and Will (Ashton Sanders), who are assigned by a white bounty hunter to retrieve a fugitive ex-slave, Nate, from the north. Scott won a Breakthrough Performance award at the 2013 SXSW Film Festival for his richly nuanced portrayal of Nate, and his scenes with Sanders form the heart of the picture.

The tremendous passion Scott and Sanders feel for the film’s subject matter and its writer/director Chris Eska was mightily apparent when they sat down to discuss the unforgettable production.

What distinguishes your film from other recent, long-belated pictures chronicling the African-American experience during the era of slavery?

Tishuan Scott (TS): At SXSW, everyone was talking about "Django Unchained." When you look at the tragedies of our nation, you need humor to open the door to engage people in conversation. Many people suspiciously leave "Lincoln" out of the canon, perhaps because these films, like "The Retrieval," often have a predominantly African-American cast. In "Lincoln," Daniel Day-Lewis blessed the world with an amazing performance. Then came "12 Years a Slave," though there have been other phenomenal films that focused on African-American life, such as Ryan Coogler’s "Fruitvale Station."

"The Retrieval" focuses on the tragedy in our history but also the beauty in our history. Will is the heart of the story. When I first watched the film at SXSW, I was torn apart just by watching Ashton’s eyes onscreen. He’s an innocent kid torn between the worlds of these two men. He’s intrigued by Nate and doesn’t understand why. He knows that he has a responsibility to turn in Nate for money, but as he gets to know Nate, he begins to think of him as a father figure. Will ends up having to assert himself for something for the first time in his life.

Ashton Sanders (AS): Before Nate, the only [guardian] Will has had is Marcus. A lot of people view Marcus as one of the antagonists in the film, but I think both he and Nate represent different levels of love for Will. I also think that everything in life happens for a reason. Will was meant to meet Nate and he was also meant to have Marcus in his life. I think that this script is brilliantly written. Even though it’s not based on a true story, I think that this story actually happened.

I didn’t know that "12 Years a Slave" was being filmed at the same time we were making "The Retrieval." Now period films have suddenly become popular, and we’re seeing movies come out that are really important for African-American culture and history. There’s so much in American history that has been hidden and shunned. I’m in the theatre program at DePaul University, and I’ve been telling my classmates to see the film we made. It shows you a piece of history that you don’t read in the textbooks. 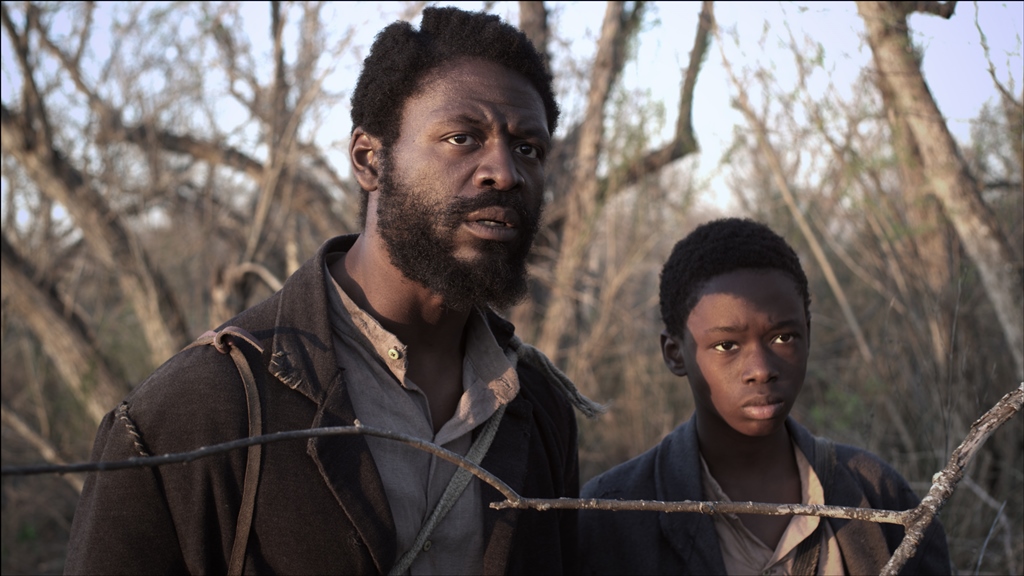 What historical sources did you consult in preparation for the film?

TS: When I got the role, I was doing theatre at the Oregon Shakespeare Festival and I had one day off during the week. I would go to a library that had a panoramic window where you could see mountains two hundred miles away. They were so huge that they looked like they were right outside the window. I’m from Louisiana and live in Houston, Texas, where everything is flat, so it was amazing to have that view. I looked through the African American literature section and read "Lynch Law in Georgia" by Ida B. Wells, "Thus Spoke Zarathustra" by Frederick Nietzsche and "The Souls of Black Folk" by W.E.B. DuBois. His book was the salvation of my life. I had originally read his poem "A Litany of Atlanta" as an undergrad and thought it was merely tragic poetry. Then when I read about the race riots of Atlanta in 1906, I realized that the poem was about that tragedy, and it gave me a foundation to understand the history.

I felt like I had lost my mind because I couldn’t believe what I was reading in these books. One story Wells recounts takes place in Atlanta, where African Americans were rising education-wise and business-wise. They owned restaurants, grocery stores and barbershops, and the Ku Klux Klan was unhappy about being disenfranchised. They took ten black businessmen out into a shed in the outskirts of Atlanta, and they lined them up with their backs against the wall. The Grand Wizard of the KKK was in front and he had a hundred men behind him. They each had a rifle. He yelled fire, and they shot a hundred bullets into the line of men. He yelled fire two more times, and they shot another 200 bullets into the line of men and one survived to tell the story. I fell on my knees in my apartment, tears streaming down my face, and I cried out to the heavens, "Why would you allow this to happen?"

The skin you have is what you were born into. When I live my life on planet Earth, I live it as a being, not specifically as an "African American" being. My understanding, though, and my experiences are specifically African American because that’s the skin that I’m in. So, being a spirit person, I could understand how one flesh of people could do this to another flesh of people so tragically. In preparation for the role, I also looked at images of African American men from the period and noticed that none of them ever smiled. I asked Chris if he would permit my character to smile at least once in the film, and he said, "Absolutely not."

AS: That definitely makes sense. I’m doing scene work now at DePaul on a play written by Horton Foote called "Convicts," and it reminded me of our film. When my teacher was talking to another actor about smiling and whether it fit into the characteristics of his role, I raised my hand and spoke from personal experience. Black people during that time didn’t have much to smile about. We were always thinking about what was going to happen to us next and whether we were going to live tomorrow. Our characters do what they have to in order to get by. That’s the harsh reality of it. 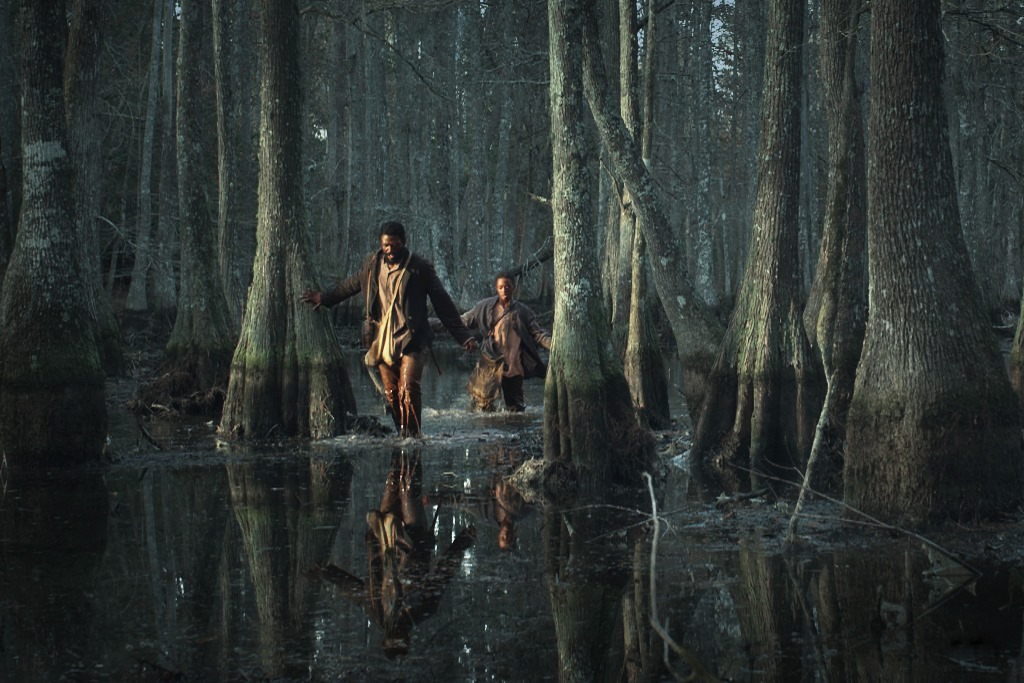 In interviews, Eska said that he has extensive rehearsal and blocking sessions with his actors before they’re onset. To what extent was this preparation useful?

AS: It was really interesting working in that way, and it just helps you be authentic. Because this was my first film, Chris flew out to LA to work with me. When we got into Dallas, Texas, I met with Tishuan and we rehearsed in the backyard, so I could get used to the environment. Everything was so precise. Once we got onset, everything just dropped and [the preparation] was instilled in me. We filmed during one of the coldest winters Texas has had in a while, and we were wearing this thin cloth. It was some of the windiest, coldest nights of my life—well, outside of living in Chicago. There wasn’t a moment when I felt out of character.

Will asks why Nate puts his life on the line for him, and Nate never directly answers him, though Tishuan’s performance offers many clues.

TS: Their relationship is extraordinarily symbiotic. Will needs Nate just as Nate needs Will. Nate lost his baby boy when he was an infant. I’m not a parent but I’m an uncle, and I have a nephew and four nieces. I don’t even want to begin to imagine the difficulty of losing my own child at a very precious age. Nate used to be a slave, but now he’s free. He’s a lonely alligator traversing in his own world when Will comes into his life. He sees that this young man is being mentored by a man who’s not an ideal role model, and he decides to get Will to think about some of the choices he’s making. When Nate goes to fill his canteen, and Will says, "I’ll fill it for you," Nate just looks at him like, ‘Huh? I didn’t need you to do that.’ I don’t think he’s had anyone do anything like that for him. That’s how life is. It can be the tiniest, smallest things that make the biggest differences. 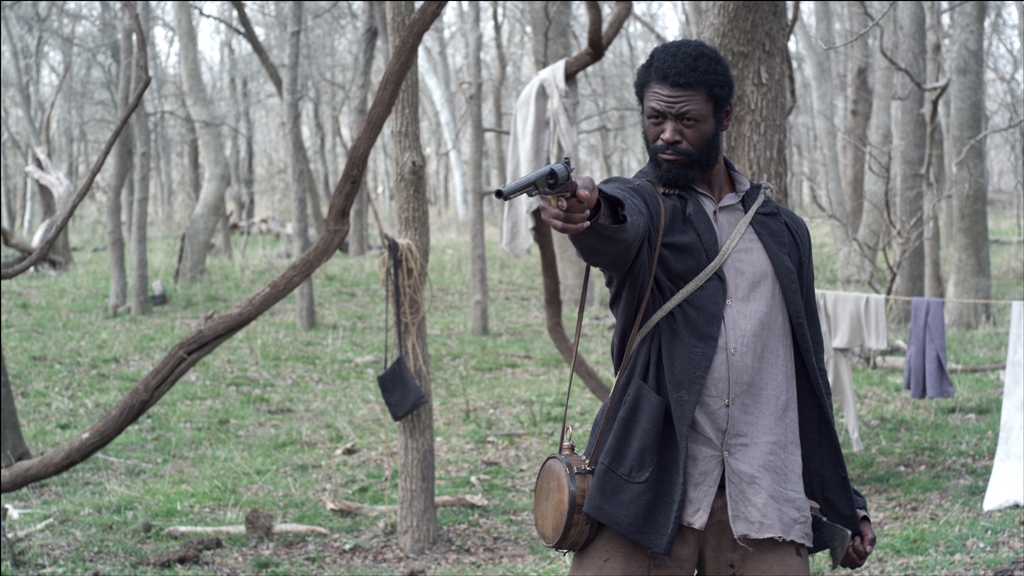 How did Eska’s "less is more" philosophy regarding performance impact your approach to the character?

AS: It definitely humbled me and put me in the mindset of my character. If we were in a Hollywood production, I wouldn’t have been nearly as focused coming into the process. Just being in the clothes, looking at ourselves in the mirror, filming in the places where we filmed put us in the history. I would get up every day and go to set without combing my hair or brushing my teeth. There was no makeup either. I wanted to feel like Will and I think that the environment helped me embody him. It was a very spiritual experience, looking back on it now.

TS: Absolutely. I certainly asked my ancestors to guide me in making sure that Nate was not a character type or archetype but a human being, and that was my main focus. I didn’t want people to look at him as an ex-slave or a free man in 1864. I just want them to see a human being that’s living and existing and how we can all identify with that.

Out of all the historical figures whose story has yet to make it to the big screen, whose would you like to see the most?

TS: I would love to see a film about DuBois. That certainly needs to be done. We’ve been living too long in the politics of Booker T. Washington. DuBois didn’t think very highly of Booker T. It’s difficult to think very highly of someone who told African Americans, "Don’t worry about voting or getting an education. Go get a trade. I’m going to be educated and go to the White House and meet the president, but you don’t need to do that." DuBois was very focused on making sure that we were all educated, even those of us at the bottom of America’s socioeconomic scale. I think Jeffrey Wright would be the perfect person to play him.