The Truth is the Truth: Spike Lee on “Chi-Raq”

Spike Lee’s “Chi-Raq” has garnered more than its fair share of controversy from people who haven’t even seen the film. When they do, the narrative will change. We’ll stop complaining about the title and we won’t have to read any more nonsense that explains satire to an essential filmmaker. The work speaks for itself, and what it says is loud, angry, passionate and emotional. With “Chi-Raq,” Spike Lee has made his most essential film in years, channeling issues as old as Aristophanes’ “Lysistrata,” on which the film is loosely based, through the voices of the young men and women in the murder capital of the United States. More people are dying on the South Side of Chicago than anywhere else in the country, and Lee uses that setting to craft a film that is both tragic and hilarious; familiar and unique; brilliant and defiantly Spike. Some have criticized the film for being inconsistent and rough around the edges, but its inconsistency is a value in that it feels that much more from the heart. Whatever you think of it, “Chi-Raq” is one of the most essential films of the decade—a searing commentary on our dark times and a wake-up call for a country that needs one. 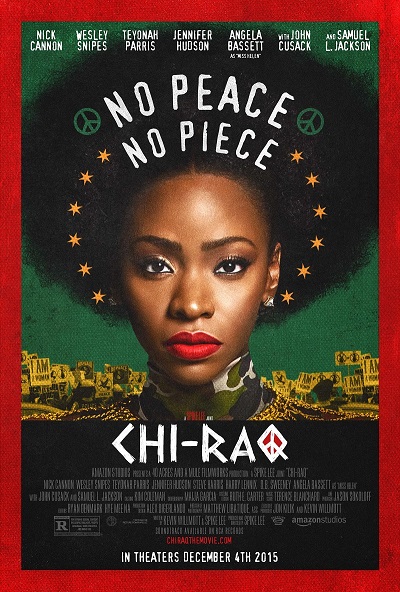 In the film, Parris plays Lysistrata, girlfriend to South Side rapper and gang leader Chi-Raq (Cannon, revealing a depth I don’t think most people will expect). After a little girl is gunned down in a drive-by, Lysistrata rallies those of her gender in her zip code and begins a sex strike, refusing to give it up for their men until they put down their guns. As the slogan says, “No Peace, No Piece.” Angela Bassett, Wesley Snipes, Jennifer Hudson, Samuel L. Jackson and an incredible ensemble ably supports star-making turns by Parris and Cannon, and much of the film consists of rhyming verse.

Clearly, “Chi-Raq” is a creative, passionate project, and yet much of the pre-release press has been about the title. Lee addresses it head-on: “I know people in Chicago are sensitive about this but the truth is the truth: Chicago is the murder capital of the United States of America. New York City has three times the population, yet Chicago has more homicides than New York. That’s not ME saying it. That’s the motherfucking truth. And if you don’t like the numbers, do something to change it.”

It’s not a controversy that’s new for Lee. In 1989, several prominent critics accused the director of inciting violence with “Do the Right Thing.” It’s hard not to see something similar in the way people are discussing “Chi-Raq” sight unseen. Lee remembers, “They told their white readers, “Pray to God this film does not open in your theater.” [They said that] blood would be on my hands. That this film would stop Mayor Dinkins from being elected. Look it up. It’s all true. All this stuff was written when it came out on the same day as the original “Batman”—June 30th, 1989.”

Father Pfleger, on whom Cusack’s character is very clearly based, saw the film for the first time at the World Premiere, but will likely see it many times again, even saying that he’s taking a cross-section of gang members opening weekend to see it and then go back to the church and discuss it. He spoke at the press conference as someone who has seen the impact of violence in Chicago, first-hand. The next day, he seemed still rattled by the reality of the film: “I laughed at parts of it. I cried at parts of it. And I was angry at the end. Some scenes took me over. It left me angry. This reality is still going on in our city, in our country.” 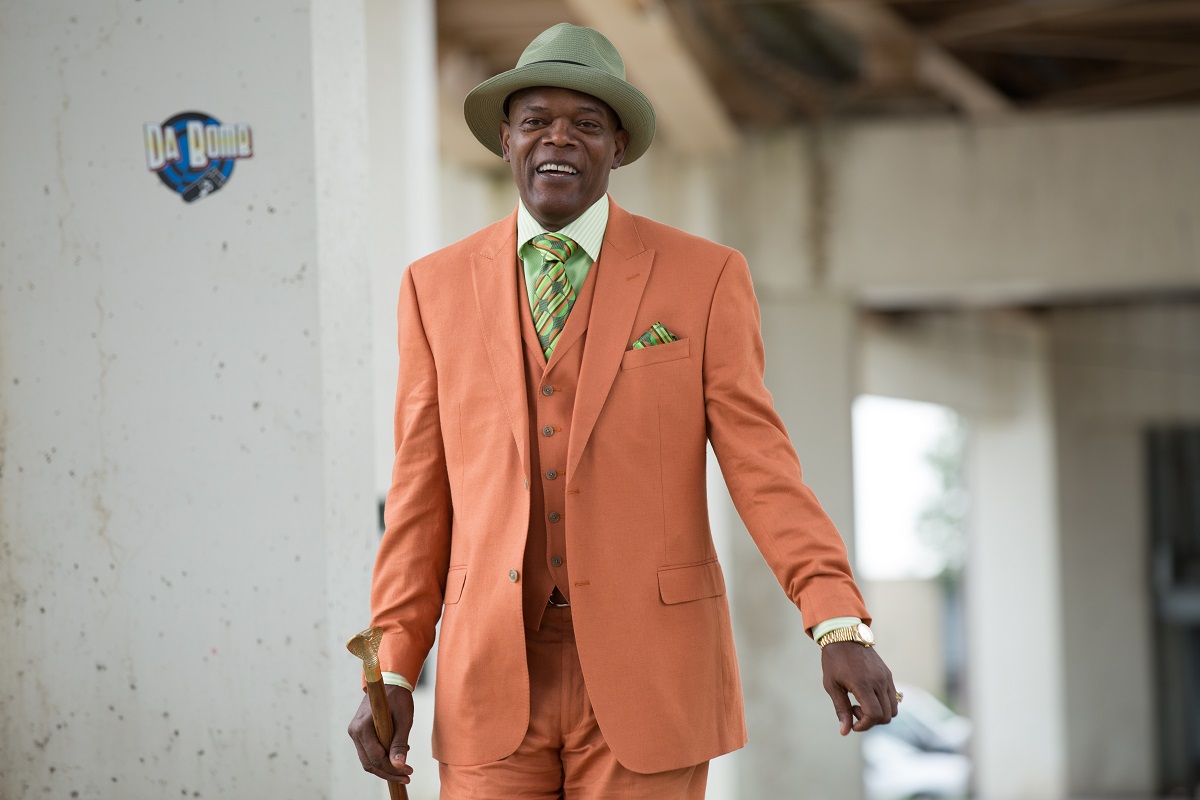 And that’s an element that the people who have accused Lee of exploiting the issue by using satire simply don’t understand. Not only is the film deadly serious at times, satire has always been about addressing serious subject matters. As Lee said, “Stanley Kubrick is one of my favorite filmmakers and there are several homages to “Dr. Strangelove” [in the film]. The character who’s in his stars-and-bars briefs is named General King Kong. What is more serious than the destruction of God’s planet? But that film is hilarious. I really can’t understand this mindset that you can’t have different tones, you can’t laugh and cry in a single form of art. Why does it have to be one thing?”

Lee is careful not to suggest that “Chi-Raq” is going to be the final answer for the violence in Chicago. “The goal of this film was to put a spotlight on this problem and, through dialogue, discussion, and maybe some legislation, we can arrive at some answers. I don’t want anyone coming to this film and thinking Spike says if we do A, B, C, D and F then the ills and woes of Chicago will be fixed.” 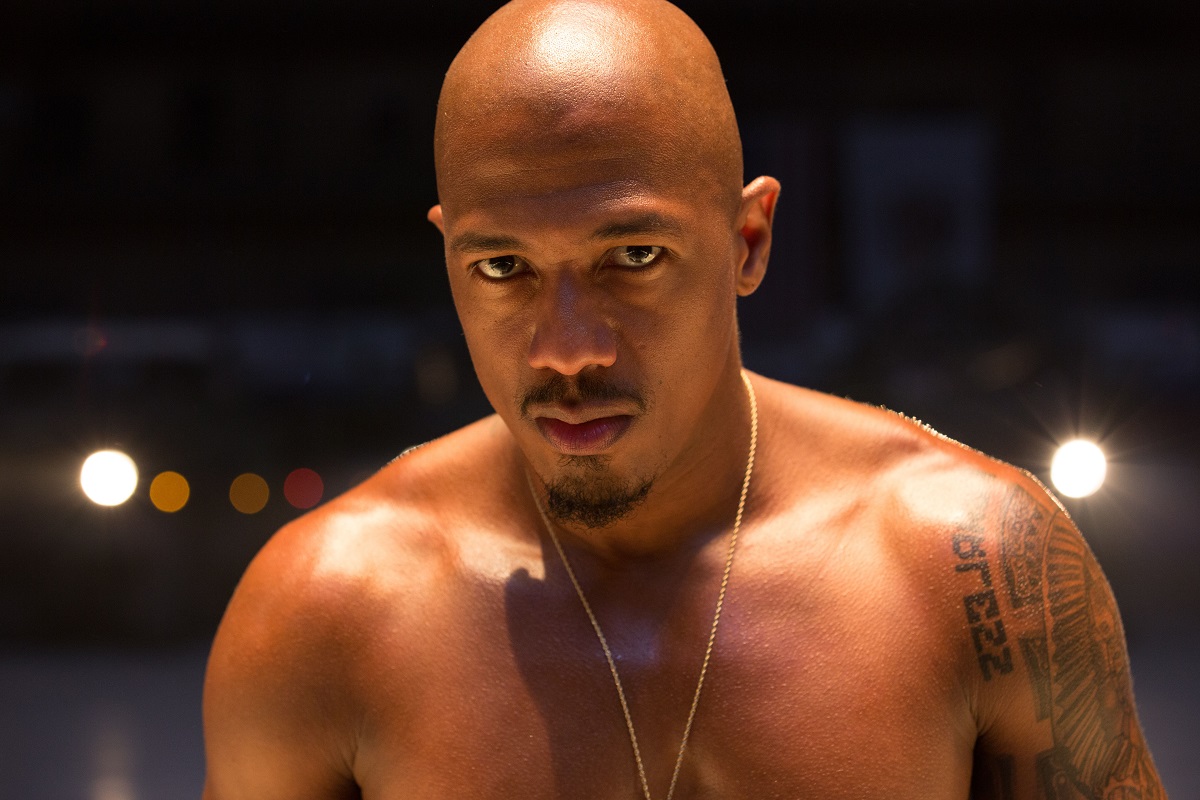 Nick Cannon gives a breakthrough performance as Chi-Raq, a violent rapper who could be a leader if he tells the gang members he leads to put down their guns. He spent a lot of time in Chicago speaking to people on the South Side, men who he says are “honestly crying out.” Many of them come from broken homes and live in a broken part of the city. As Cannon said, “Hurt people hurt people. So many things have been sensationalized, the building of the male ego, the power, being what they call a savage or a soldier. These things have been conditioned in our community and created a path for men to go the wrong way. If you don’t have the guidance, if you don’t have a father, you can be misguided by the things that seem fascinating—money, cars, women.”

Much of that emotion Cannon found on the South Side is channeled into an amazing song that opens the film—“Pray 4 My City”—a number that has much of the same strength as “Fight the Power” did for “Do the Right Thing” in 1989, setting the stage for the film as Lee lets it play in its entirety. Cannon developed that song with a man named Hypno Carlito on the South Side, who told him, “Man, I know we’re out here making this music, but I really live this and I love my city. And we need prayer. I don’t know that life. I don’t know the downtown life. And I love this life because it’s all I know.”

Finally, don’t be scared off of “Chi-Raq” by its literary origins. As Willmott points out, Greek drama is not that removed from current culture. “Sidney Poitier and Harry Belafonte, early in their careers, were both in the play “Lysistrata.” The verse has a lot of connections to rap, to spoken word, to a whole tradition of African-American traditions in literature. There’s no reason why people won’t really connect with it.”