There is no family like the Coppola family. A quick Google search into their genealogies will lead you to an expansive tree of vaunted artists, including Francis Ford Coppola, Nicolas Cage, Jason Schwartzman, Sofia Coppola, Roman Coppola and many others. And that’s just the immediate family.

With her directorial debut, "Palo Alto," Gia Coppola will now join the aforementioned ranks. Twenty-seven and soft-spoken, Gia doesn’t appear to be fazed or influenced by her privileged and unusual upbringing. From the moment we began to speak, I sensed a wholly unique and independent artist whose vision—while not authoritative on-set or in person—is immediately perceptible.

At a luxurious hotel atop the steep hills of San Francisco overlooking the Bay Area, Gia was kind enough to sit down and talk about her first film.

Growing up in a family of film, when did you decide you wanted to be a filmmaker?

GIA COPPOLA: It was when I met James Franco, who kind of presented me the book that he wanted to make into a feature length film. He saw my photography and felt like I could do it. I loved movies and I think I always wanted to be a part of it in someway, but I didn’t want the baggage that comes along with it.

And you knew first hand about the baggage.

Sort of, just only because I felt like when I was younger I was constantly being asked “Oh, are you going to be a director too?” And out of rebellion—not from my family, but from strangers—I’d say “No.” But … I studied photography and film felt like an extension of that, and I enjoyed all those things that come within that. I don’t play an instrument, but I love music. I like fashion. I like all those elements and like collaborating in a way that you can’t really do in photography.

And so film was a sort of amalgamation of all those interests.

Yeah, and I felt comfortable in that environment because I grew up around it and so it felt natural. I wasn’t going to fight it anymore. And James really set the tone so that when I went into making this it wasn’t intimidating in any way. I was just working with my peers. It was a small move and all of the pressure that I feared kind of just dropped away and I was just able to work.

And the reality is, people see the last name and immediately scream nepotism. But going through your crew—cinematographer, editor, etc.—they all seemed to be relatively unknown. So these must’ve been people you knew and felt comfortable collaborating with.

It was great because no one was really getting paid and everyone was sort of just riding on their enthusiasm for getting to make our first feature. It’s not easy to get that chance, and it took awhile for us to get financing. I just wanted to work with people that I was comfortable with and had worked with on smaller projects.

You graduated high school, what, eight years ago?

Really? (Laughs) Oh, yeah I guess it was eight years ago.

Was there something about these short stories that spoke to you?

Yeah, I felt like I had just finished college and so I had enough separation from my awkward high school years that I could sort of understand them a bit better. And appreciate them for what they were. So, what I loved about his book is that it really articulated that time for me and felt like a truthful depiction, whereas I felt everything I was seeing today just wasn’t really authentic. It wasn’t realistic.

So his book resembled your experience in high school?

Yes and no. There were moments that I didn’t connect with but I was excited to challenge myself creatively to try to figure out how I tell this story. Because it’s an important story. I loved the dialogue and this character of April, I really connected with. I was impressed that a 35-year-old man could write this so authentically. It showed that he was a great writer.

In adapting that writing, how much did you draw from his short stories?

Going into it, James hired me because he wanted someone else’s interpretation. So I had a lot of freedom. And that’s what adapting is, you adapt it to make it fit for this new medium and fit for the screen. Because they were short stories I only had so much to work with at times, and had to be imaginative.

Beyond the source material, what inspired you to make this?

Well I was excited about the chance to work with James, and I felt like I hadn’t seen anything that depicted high school like this. 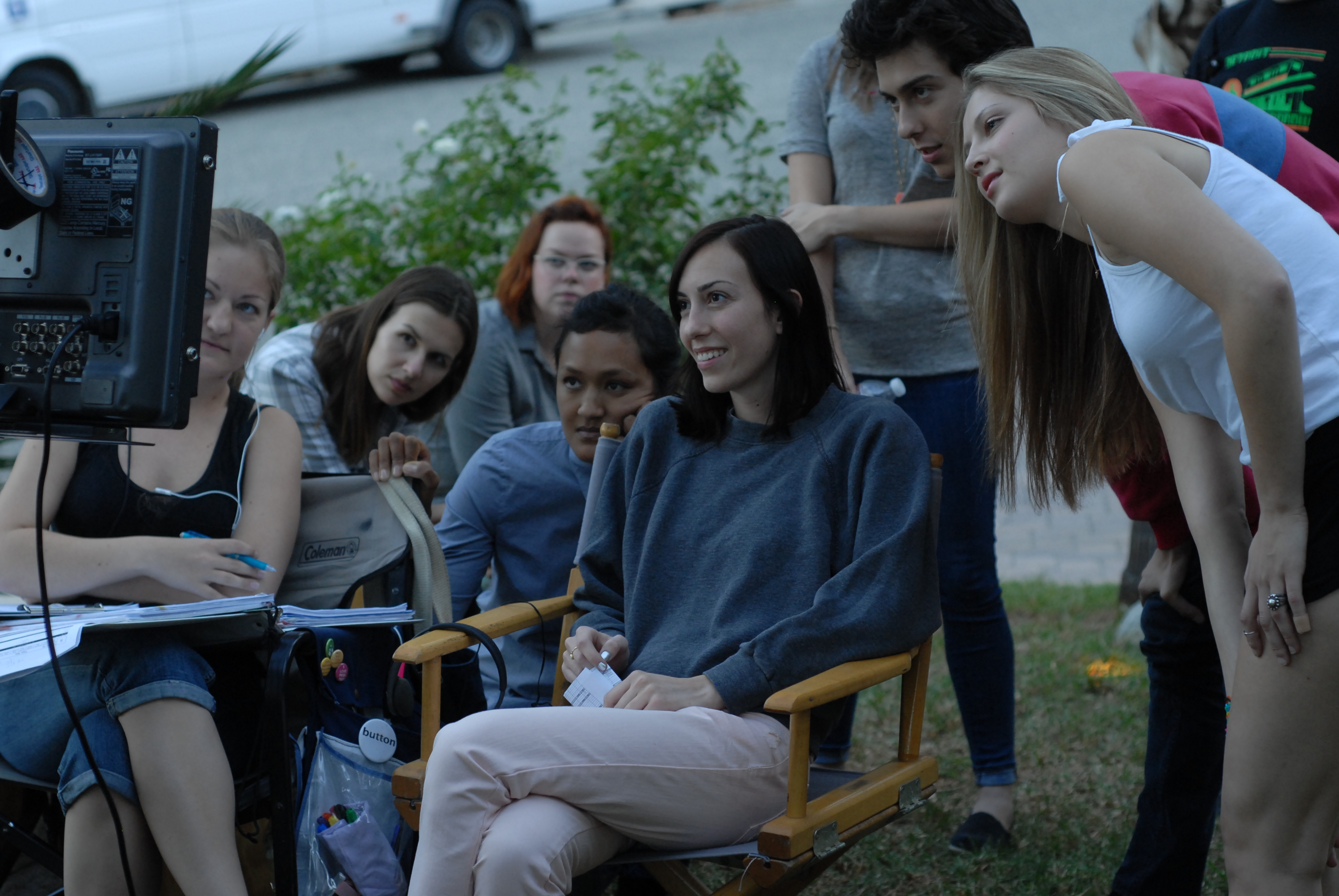 And you have "Fast Times at Ridgemont High" playing in the background during a scene.

That was in the book. I love that movie, and that’s a good example of different character stories and that’s sort of what "Palo Alto" is. And so that was a good reference, along with "The Last Picture Show" and even movies like "Diner" and "American Graffiti," and sort of these vignetted movies of characters lives. I wanted to see that. You look at teenagers in modern movies and they don’t even curse and they have perfect hair and the actors are 25. Their clothes are all expensive and it’s just not real. And I feel teenagers are really interesting subject matters.

They don’t fully understand consequences yet, so they live very freely and dangerously because they haven’t faced all the repercussions of their actions. And that’s why everything is extreme. You smoke two packs of cigarettes because you think it’s cool.

There’s a lot of cigarette smoking in this movie.

Yeah, I was surprised by the actors and how much they would smoke, one after another. I remember those moments. Even drinking you’re mixing everything together because you don’t care what it taste like. Those were sort of my memories of [high school]. Sometimes I feel I’m a little far off when I talk to your generation.

Hey, we’re not that far apart.

Like seven or eight years. I feel like I can understand where you guys are coming from but also have a bit of perspective on why things feel the way they do.

Before we go, how much of a role did your family play in making "Palo Alto"?

My family … I’ve learned a lot just through observing them and being on their sets. But think they really wanted to give me the space to make my own mistakes and learn on my own. And I wanted that too. I was fortunate enough to have someone like James that I could refer to. Even when he wasn't on set, I'd be texting him pictures of what was going on, and getting his opinion about things. And then when was on set he would tell all the actors about the inspiration behind those characters and what it was really like when he was growing up.

And so his short stories really resembled his adolescence.

Yeah, I think he drew from parts of his own experience, but then also not. It's an awkward thing because people think it resembles a part of you. And it does. But at the same time it's also not you.

Of course, there has to be fiction.

It's always a little uncomfortable to express what is real and what isn't. Just showing the film to my family I had to explain to them that "This is necessarily what I was doing, but ..."