Screw the Rich: Checking in with Lina Wertmuller

With "Dr. Strangelove," Stanley Kubrick irreverently posited that politics was nothing more than a channel for releasing pent-up sexual aggression; Lina Wertmuller has spent most of her career suggesting the opposite. Across the many entries in her five-decade filmography, the Italian filmmaker has constantly sublimated political rabble-rousing into decadent, carnivalesque sex farces the likes of which her professed influence Federico Fellini would be proud. (The pair met when Wertmuller took an assistant-director gig on “8 1/2.”) Particularly during the ‘70s, the decade that saw Wertmuller break ground as the first woman to earn a Best Director Academy Award nomination, her films titillated and scandalized audiences with yarns of starved, highly problematic passion between haves and have-nots. She tangled class tensions and gender politics as she tangled sheets, cutting down proletarian chauvinists and the bourgeois princesses alike with ribald humor. As with any immortal artist, her films are both of their time—it’s no wonder that critics and audiences spat venom at the 2002 remake of Wertmuller’s "Swept Away"—and unignorably prescient. Tastes may change, but men affecting a radical stance to impress women? That right there is eternal.

She’ll get her due twice over this month. First, New York’s long-defunct Quad Cinema will reopen its doors with a sprawling retrospective of the director’s work, including an introduction for her Oscar-nominated “Seven Beauties” from “Clueless” director and fellow feminist-in-arms Amy Heckerling. Then, Valerio Ruiz’s documentary “Behind the White Glasses” will properly salute the vibrant corpus and unapologetic lifestyle of the 88-year-old Wertmuller with a release on April 21.

From her home in Italy, amidst of this richly deserved surge of appreciation, Wertmuller took the time to field some of RogerEbert.com's questions about feminism, her longtime collaboration with leading man Giancarlo Giannini and butts.

Many of your films have long, colorful titles. Was there any reason in particular for this?

It’s a game with the audience, first of all. I like that people can remember just a part of the title, a single word in some cases. It’s also an ironic spite to the producers of the movies who would dream about a very short title, like “I,” so that they can write it huge on the posters. Of course I’m joking, but there’s some truth in my joke. It also reflects my passion for novelists of the 18th and 19th century, who used to entitle a chapter with a short summary of the events.

In what way has feminism changed most significantly since the '70s, in your estimation? Do you think of these changes as positive, or do you fear that the movement has lost its sense of radicalism?

I’ve never been a feminist and I can’t say how the movement has changed. I can just say that I’ve been criticized by feminists because of the portrayal of women in my films, especially in “Swept Away.” I simply don’t agree with them.

Your films spend a lot of time trained on the human body, particularly the backside. What is the significance of the buttocks to you? What about butts amuses, captivates or otherwise interests you?

That’s a very mysterious question! I admit I’ve always had a particular attraction for butts, as you can see in “The Seduction of Mimi," but I don’t know why. More in general, the human body captivates my attention. Perhaps you can remember the perfect body of Daniel Ezralow dancing on the rooftops in Naples, in my “Camorra.”

What do you see as the function of humor in social or political commentary?

Humor is part of me. I’ve dedicated many of my dialogues to politics. My first aim was to underline the background of my characters by using irony and a sense of humor in order to describe vices and defects of human being. I’ve always thought that irony and humor are appropriate and effective keys to approach political topics in a film, even if your story is tragic and very serious. My grotesque stories could not exist without the combination of humor and tragedy. 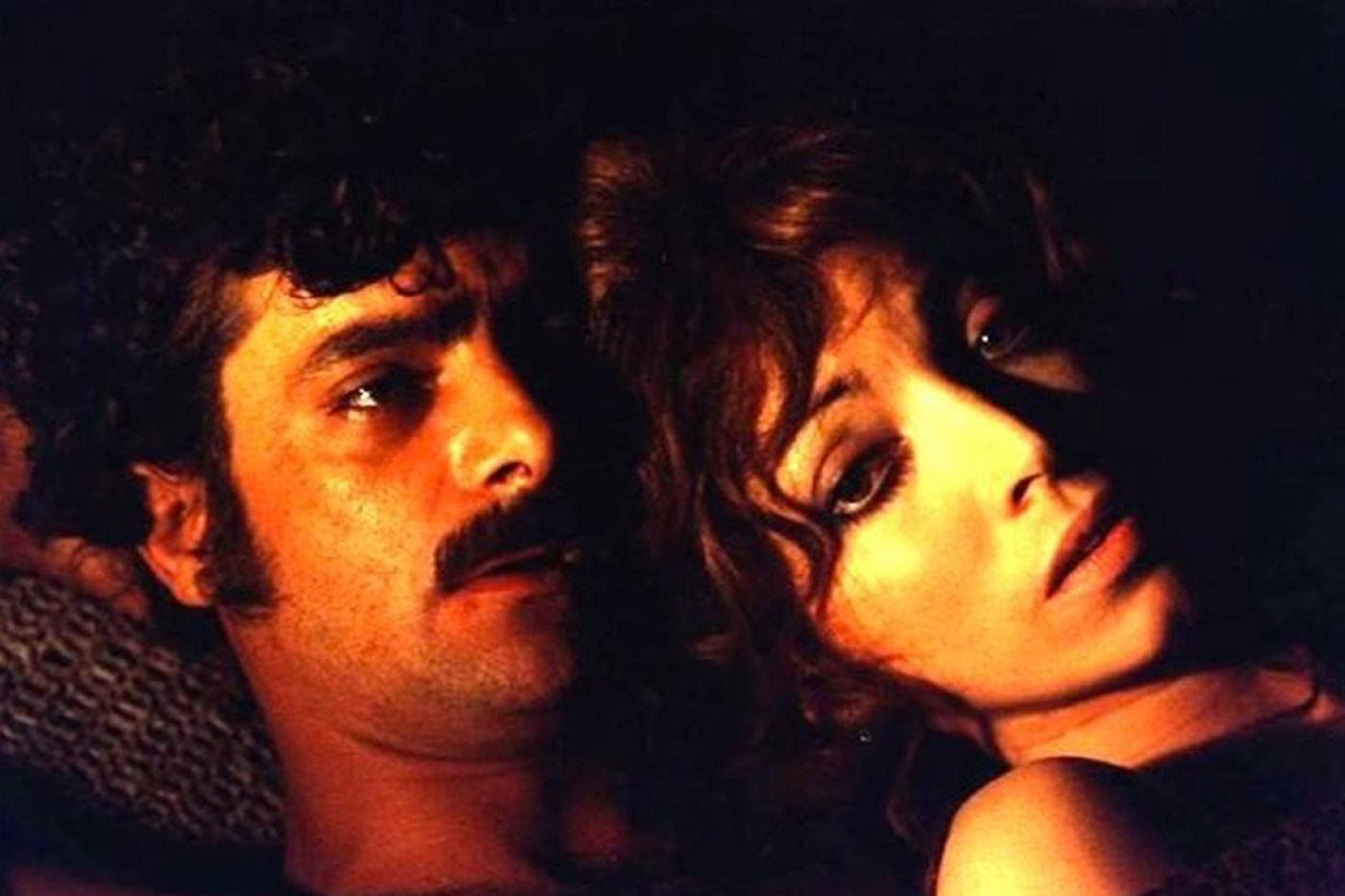 How would you characterize your dynamic with Giancarlo Giannini? What drew you to his acting? And how would compare your relationship to him with Fellini's longtime partnership with Marcello Mastroianni?

I met Giancarlo many years before “The Seduction of Mimi” [pictured above]. We had already worked together in two musical films produced by Goffredo Lombardo. I knew him while he was playing in Zeffirelli’s Romeo and Juliet stage production in Rome. I was surprised by his way of acting. He had long hairs, as the time of the play requests, and he used his hairs with lot of energy. At the end of the show I said he was playing with his hairs! He had incredibly big eyes, but nobody seemed to notice them at the time. When we made “The Seduction of Mimi" with Giancarlo and Mariangela Melato, they were not so famous and I had to insist on having them in the leading roles. I love to discover talents and to create the character little by little. We used to spend many days reading the script, doing rehearsals before the filming, and finding the right look for the character. I also love to use close-ups, and Giancarlo’s face could become very expressive just using his glances. I think that every director has his own actors. Probably I have made my best films with Giancarlo and Mariangela, in that sense we could compare our collaboration to the long partnership between Marcello and Federico.

Do you consider sexuality and sensuality to be an essential part of Italy's cinematic heritage, or even of the national identity?

There’s no doubt that sensuality and eroticism are part of Italian cinema.

What are some of the more recent films and filmmakers that have impressed you?

I would not say one or two names because they are really more. I always watch beautiful new movies and I’m sure there are new interesting talents in Italy and in the US.

Have you completely left filmmaking behind, at this point? If so, what was the experience of adjusting to retirement like?

Well, it’s been a long time since I last made a film. I don’t know why, perhaps producers look at younger directors. It’s also true that filmmaking needs lot of energy and strength and I should select projects very carefully, but I’ve never thought to retire. I write every day, and last year in November, I directed an opera production of Verdi’s "Macbeth" with the collaboration of Valerio Ruiz, the director of the documentary dedicated to my life.

After spending so much time behind the camera, what did it feel like to have it turned on you for the new documentary?

I was not very convinced at first. As you said, I love to be behind and not in front of the camera. Valerio convinced me. He had written a good script, very lively and varied, not that kind of ordinary documentary about film directors with the old master sitting in the chair. 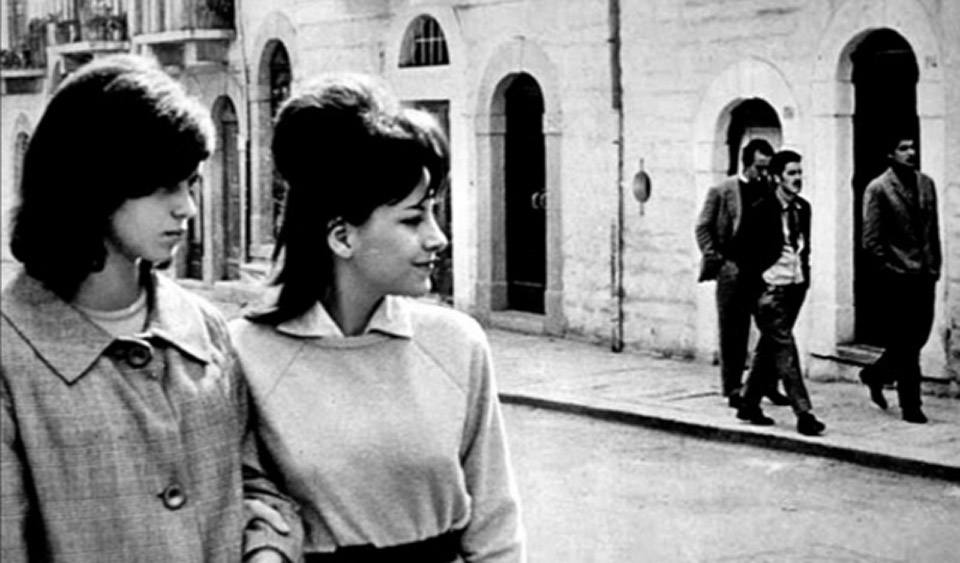 There's such a varied selection of music in your films—where do you tend to find your soundtracks? What qualities do you look for in a score, what sort of tone do you aim for?

I have always had many great composers working with me. In my first film, “The Lizards” [pictured above], Morricone composed the music, then Nino Rota for the musical TV-series “Il giornalino di Gianburrasca.” I have also worked with the ingenious Italian musicians like Lucio Dalla, Enzo Jannacci, Paolo Conte and Italo “Lilli” Greco, who was one of my best friends, together with Lucio Gregoretti. I look at melodies first of all with themes that can express the general tone of the scene and my musical tastes. I’ve always preferred jazz music and I think my movies can reflect that kind of music, which is full of rhythms and colors. One can also find many classical music in my films. In almost every film, there’s a piece taken from an opera.

Do you find that viewers or critics have difficulty distinguishing between the images on screen in your films and the intent behind them? Have you dealt with much misinterpretation of your work?

It’s the risk of our job, but I’ve been lucky with critics, especially in the US where my movies were appreciated even more than Italy.

If your films from the '70s were released for the first time today, how do you think they'd be received? Any differently?

Who knows! I can just say that many of my movies talk about social issues that are still present. That means that probably they could still speak nowadays. The retrospective will be an important occasion to see how my films will be seen by younger generations.