Geremy Jasper wrote and directed “Patti Cake$,” the story of a New Jersey white girl who dreams of being a rapper.  Australian actor Danielle MacDonald is heartbreaking, hilarious, and fearless as Patti, who performs under the name “Killer P.” In an interview with RogerEbert.com, Jasper and MacDonald talked about Jasper’s New Jersey roots, role-playing in Times Square, and the acting advice MacDonald got from Oscar-winner Frances McDormand.

What does it take to be a good rapper?

GEREMY JASPER: I don’t know if I can answer that question. I think it takes an original style and an original flow, a good sense of rhythm obviously and some personality and an interesting world view.

Was the New Jersey accent a tough challenge for an Aussie actress?

DANIELLE MACDONALD: It took lot of practice. I had an amazing dialect coach named Tim Monich and he basically started me off with some recordings of these women from New Jersey just talking about their lives. I listened to them over and over again religiously to a point where I pretty much memorized their life stories. He helped me with all the technical things, basically words that I had never heard before, I had no idea to how say. He would help me with the general rules of the Jersey dialect. Geremy was rewriting lyrics throughout the process of filming so sometimes I would get a new lyric and I’d be like, “I've never this word before,” so I would email him at 2 AM and he would send back a voice recording instantly of him saying it with the Jersey accent which was beyond helpful. Yeah, mostly just about finding the placement in my mouth where the Jersey accent lived to kind of feel comfortable with it and just getting used to hearing the style so that it sounded natural to me.

There are a lot of words I didn’t know in the raps, in a way just kind of references to things that I had never heard before maybe because I grew up in Australia and some things were definitely just New Jersey-specific lingo. And for some reason I struggled with the word Episcopalian, I really did. When we were on set Geremy was like “that just doesn’t sound right” and I was like “I don’t know how to make it sound right.”

Your character has to really subdue her personality to take a job as a cater waitress, but you showed us some simmering under the surface.

DM: I know who this character is, now this is the character trying to be the ideal employee; someone that she is not and just taking on an insult like “okay I’m going to smile through it and just get through the day, make money, go home.”

GJ: I was really impressed that Danielle's ability to smile but have this look in her eyes that says “Eat shit.” I just love that combination.

DM: Well, that’s what I was thinking.

GJ: We’ve all been in that situation where we’ve worked with those guys before, at least I have. 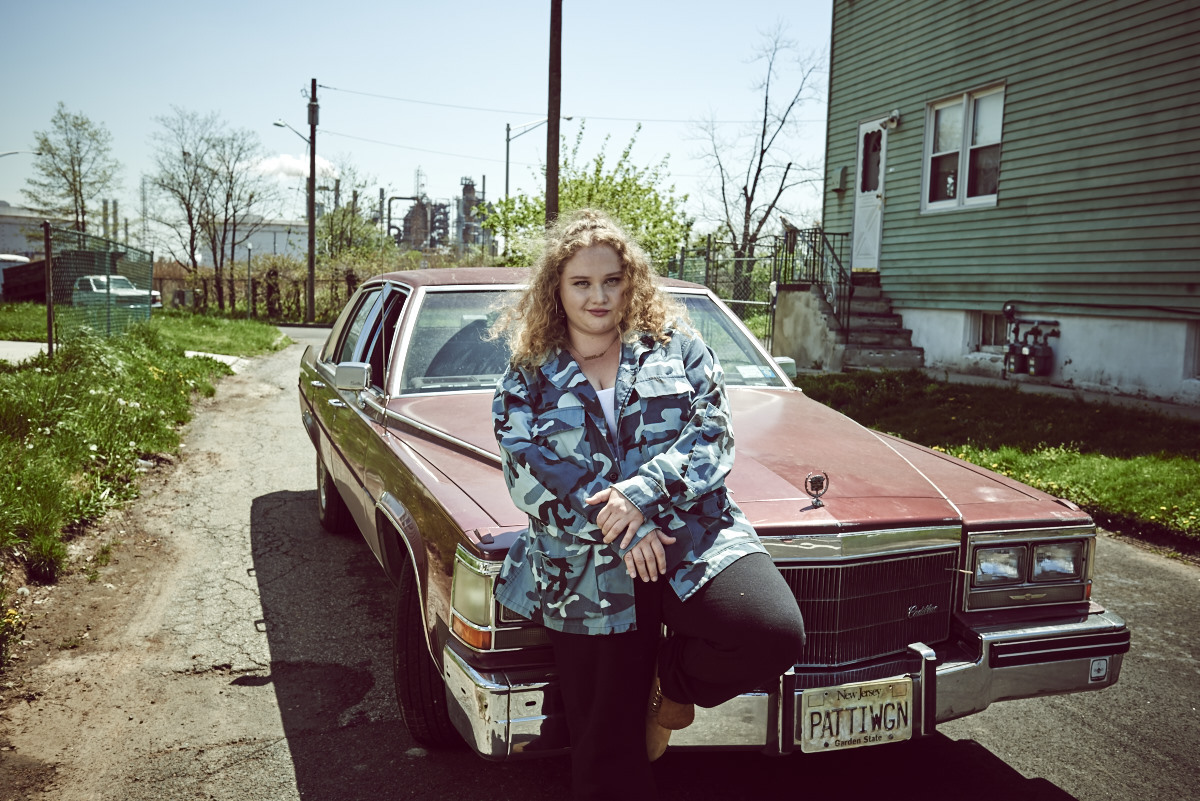 How did you come up with Patti’s look?

GJ: That was probably the most difficult department head to fill. I interviewed maybe twenty different costume designers. We were waiting for Miyako Bellizzi, who ended up doing it, just waiting and waiting and waiting for her while she was doing “Good Time,” the Safdie brothers' film, right before. It was a really intense film to work on and she kept saying, “I just don't know if I can do it, I just don't know if I can do it.” I finally got her to read the script and she was like “okay I know this character.” Some people were interpreting Patti as very cartoony and bigger than life with big graphic t-shirts and it didn't feel right. You walk around New Jersey and go to the mall, you’ll see like 20 or 30 Pattis. I needed someone who could capture that real quality of a young woman, kind of just a townie but also put a little bit of flavor on it. It’s not over the top but she has a unique style. It's not like she’s going to walk around like she’s in a music video all day. Miyako was the perfect person for that because Miyako is kind of like that; Miyako is actually in the film, she’s O-Z’s girlfriend in the film.

DM: Once I actually went to that costume house and first started having fittings, that helped me so much find the character; oh, this is what she puts on in the morning, this is who she is, getting in the shoes, getting in the Tim’s and walking around in them; that helped me immensely because it helps you find another layer of the character. It was all clothes I had never worn before but I was like “I kind of feel cool wearing these,” and it’s amazing.

GJ: A big break I think for both Danielle and myself with Patti was we went into Times Square and I made Siddharth Dhananjay, who plays Jheri, in character as Jheri and Danielle as Patti go to this Timberland store and Jheri bought her some Tims with them bonding, Jheri kind of protecting Patti and spoiling her and like them looking at which pair she would buy. All that stuff really cemented a certain relationship. I could see it come to life in the film. And then once Danielle was wearing those Timberlands, it changed the way that she stood, it changed her body language, it changed the way she walked and suddenly it she started to feel like the women I grew up around so that was like the ruby slippers.

It was great to see Cathy Moriarty as Patti’s grandmother, Nana. She is terrific.

GJ: The script had many, many drafts. I probably had written about ten drafts and during those drafts there were a lot of different family members; her dad was involved at one point. We shot some scenes with her dad that got cut out. Patti was going to have a brother at one point. But Nana kind of grew. She wasn't really a part of the first maybe two drafts and then I started thinking about my grandmother Gussie on my dad's side, this really, really tough woman from Paterson, New Jersey. My grandfather ran a gas station and she used to pump gas in high heels, smoking cigarettes, no bra, telling dirty jokes and cursing. She was a real eccentric, interesting person who unfortunately had an alcohol problem. She was really warm and loving but very, very tough and had an acid tongue. So I grew up just hearing endless stories about this character and that's why my name starts with ‘G,’ because of Gussie. So I wanted to honor her memory and that went into the Nana character. I know the Barb character, Patti’s mother, very well; there are a lot of Barbs around town. I've been in relationships with women who’ve had mothers who are similar with that love and that rivalry and we’ve all seen that woman pouring her heart into a karaoke song at three o'clock in the morning at the local dive bar. I got very, very lucky in that Bridget Everett and Cathy Moriarty brought so much to those roles. When I was writing I felt they could be a little two-dimensional but they just made them whole hilarious characters.

Danielle, what’s the best advice you ever got about acting?

DM: I had a talk with Frances McDormand actually right before I did my first lead in a film and that was really amazing. I think I was just really scared, I’d never done a lead before and all of a sudden you kind of feel like a little bit of pressure and I’m like, “I don’t really know exactly what I'm doing.” She gave me this great talk and it was honestly just her giving her own first experience as a lead and she was very much calming me down, making me feel like whatever happens, happens and it's okay. That talk actually meant a lot because it gave me so much more confidence in my ability to just do it and not be scared of it.