Objects That Take On a Life of Their Own: An Interview with Michel Gondry

In the ten years since winning an Academy Award for co-writing the screenplay for his surrealistic cult favorite "Eternal Sunshine of the Spotless Mind," French filmmaker Michel Gondry has amassed one of the more eclectic filmographies around—a collection of projects ranging from small-scale documentaries such as "Dave Chappelle's Block Party" and the animated Noam Chomsky film "Is the Man Who is Tall Happy?" to big-budget behemoths like "The Green Hornet" (generally considered to be a disaster but far more engaging and entertaining that its reputation might suggest) to such cheerful oddities as "The Science of Sleep," "Be Kind, Rewind" and "The You and the I."

With his latest film, the quirky romance "Mood Indigo," Gondry has given viewers one of his wildest and most fantastical cinematic visions to date. The film is based on "Froth on the Daydream," a novel by the late Boris Vian that, while largely unknown in America, has become one of France most popular books since its 1947 publication. At first, it seems like a cheerful chronicle of the swift romance that develops between Colin (Romain Duris), a rich young man who spends his days developing inventions like the pianocktail (a piano/wet bar hybrid that mixes and dispense drinks that are put together based on the type and tempo of the music being played), and Chloe (Audrey Tautou). However, Chloe takes ill on their honeymoon and it is determined that she has a water lily growing in one of her lung and the only way to combat it is to surround her with fresh flowers on a constant basis. In his efforts to save the love of his life, Colin depletes his bankroll and is then forced to do the unthinkable—get an actual job—but will his efforts be enough to keep her alive? 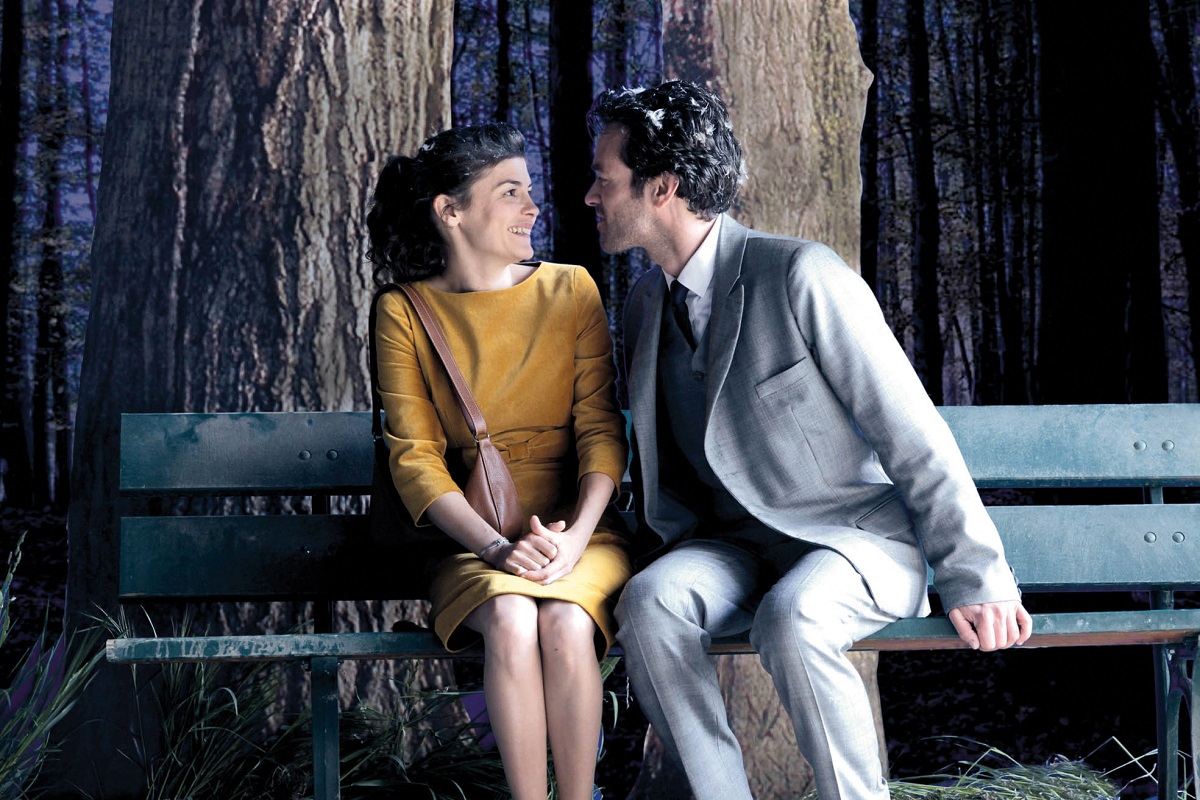 Admittedly, "Mood Indigo" is a film that will divide audiences between those who will spark to its oddball charms and those who will be rubbed the wrong way by the whimsy on display. Those who do fall under its spell will be charmed by the delightful performances from its two leads as well as Gondry's visual style, a distinct approach that favors an offbeat hand-made feel over the slick effects of most other movies being made these days. At the same time, Gondry also effectively negotiates the more emotionally tricky moments in the later part of the story and by the time it reaches its tear-jerking conclusion, you may be surprised how moved you are even as you find yourself wondering how you can go about acquiring your very own pianocktail.

Recently, Gondry got on the phone to talk about "Mood Indigo," the challenge of bringing such a popular book to the screen and the changes that the film underwent in its journey from France to America.

Although it is not as well-known in America, Boris Vian's "Froth on the Daydream," the book that "Mood Indigo" is based on, has been an enormously popular book in its native France since it was published in 1947. When did you first encounter the book and what sort of impact did it make on you at the time?

MICHEL GONDRY: I read it, like most people in France, when I was in my late teens and it had a huge impact. There was such freedom in the writing and something so pure about the emotion. It said something about youth and being romantic and yet there was darkness. All that had a great impact on me as well as the idea that there was no difference between objects and animals or animals and people. It sent me back to images that I had when I was a kid and I think it helped give me the freedom to express ideas from my dreams and the feelings that I had. 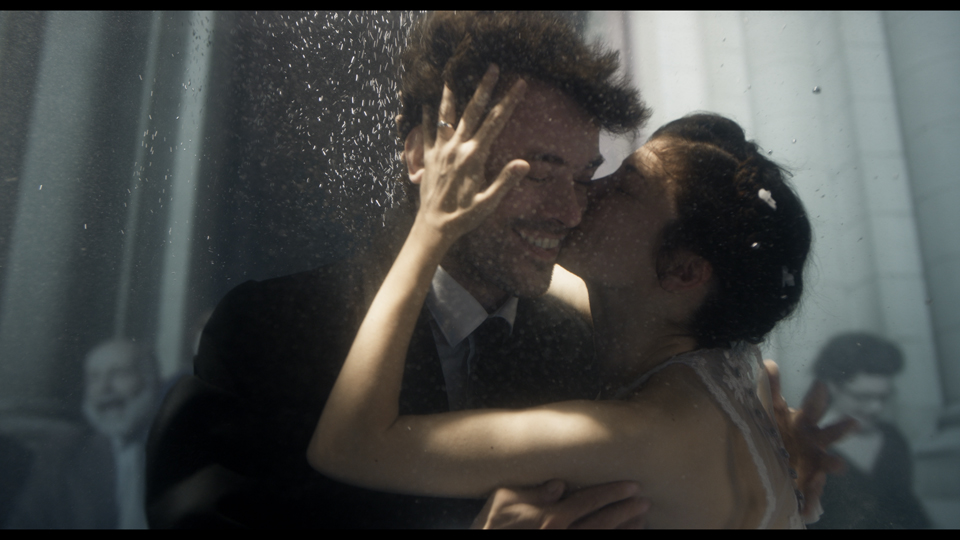 In terms of adapting the book to the screen, what were the challenges of telling a story that combined your own unique cinematic vision to Vian's equally unique literary vision?

Well, there are two sides to it. On the one hand, everyone in France has read the book and they each have their own vision of it. On the other hand, I was inspired by it too and the way that I use images resonates with this world. Now I am doing this adaptation and in it, I mixed ideas that were purely taken from the book with ideas that came from myself and the two came together because Vian's work and language is what influenced me to develop my own language. I really wanted this movie to be personal even though it was taken from this very important book and so I put a lot of myself in it.

In a way, "Mood Indigo" forms the third part of a loose trilogy with your previous films "Eternal Sunshine of the Spotless Mind" and "The Science of Sleep" in that they all deal with romance but in a somewhat pessimistic manner. What is it about this sort of romantic pessimism that interests you as a filmmaker?

It seemed natural to me to want to express that in movies. I think that even in the darkest parts of romantic history that I have encountered, I have always tried to keep humor so it is not too heavy or painful. There is a combination of romance and comedy that comes naturally for me.

In  the case of this film, the early scenes, featuring the growing romance between Colin and Chloe and the quirky world in which they live in, are among the lightest and most cheerfully  whimsical of your entire career. Towards the end, however, the mood darkens considerably and the result of some of the bleakest moments of your entire filmography. Was that severe shift in tone one of the things that appealed to you in regards to making "Mood Indigo"?

Yes. That is how the book is and I really wanted to respect that in the film. The first time I read the book, years and years ago, I envisioned it in color in the beginning and black & white at the end. Much later, when I got the offer to do this movie, I wanted to start it in color and finish it in black & white—that was my very first idea in conceiving this movie, even before I was a director. That is the sense when you are reading the book—that the color is draining as the story progresses—and that is how I imagined the film. 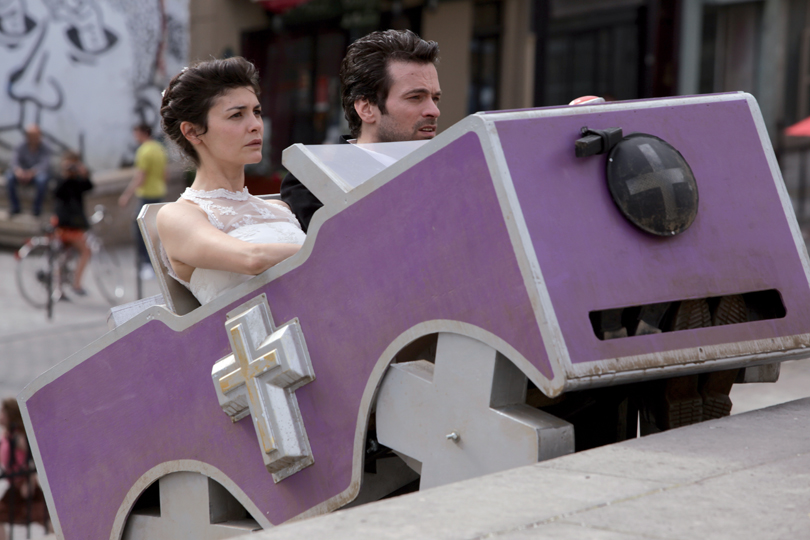 "Mood Indigo" is filled with any number of eye-popping sights that are made all the more impressive due to the hand-crafted style that you employ that comes as a blessed relief to the slick and soulless CGI  effects that are the rage these days. Of them, the most memorable is the pianocktail, a contraption that is part piano and part bar that mixes and dispenses drinks that are inspired by the music that one is playing at the time. Can you talk about how this particular creation was designed and developed?

It was all built—--none of it was done by computer. I am not saying that you could drink what came out of it. Some of the things were triggered by the keys, such as the lighting of some of the circuits going through it, and some were triggered by remote control but everything was working. I like the idea of creating objects that sort of take on a life of their own—to create objects that combine elements from different areas like musical instruments and liquids. All of that mixed together to create new stuff. For me, it is a bit like David Cronenberg's movies where there are things that are mixtures between machines and animals.

Can you talk about the casting of Romain Durais and Audrey Tautou, two of France's more popular actors, in the roles of Colin and Chloe?

To me, they seem like the ideal French couple—they have the kind of quality. You could see them doing many movies together. They help keep the film tied together even during the times when it seems as if it might be getting absurd.

When "Mood Indigo" premiered in France last year, it clocked in at a little over two hours but for its release in the U.S. and other countries, it has been shortened by nearly a half-hour. Can you talk about what has changed between the two versions and what governed the decision to make those changes after its initial release?

The French version is very close to the book but for the American version, we decided to focus more on Romain and Audrey by making it shorter. We had more time then to edit it and when you are editing a movie, it tends to shrink and that is what happened.