Jared Leto began his Hollywood career like many young actors with dark good looks, going the James Dean route as a bad-boy dreamboat on TV in the '90s high-school drama series "My So-Called Life."

Movie opportunities soon followed and, more often than not, his taste ran towards more edgier fare such as "Requiem for a Dream," "Fight Club," "American Psycho" and "Chapter 27," which required him to gain almost 70 pounds to play Mark David Chapman, John Lennon's murderer. Lately, Leto has been concentrating on his music career, fronting the popular rock band Thirty Seconds to Mars as a lead singer and instrumentalist.

But, at age 41, he is graduating to next step as an actor with a defining role as Rayon, a HIV-positive transsexual with a drug habit who forms an unlikely alliance with Matthew McConaughey as real-life AIDS patient and good-ol'- boy homophobe Ron Woodroof in "Dallas Buyers Club." Their characters, whose dynamic is described by Leto as "a cowboy and a queen," run a business in the '80s—when the AIDS epidemic was spreading rapidly—that provides free unapproved experimental drugs to other sufferers when they pay a membership fee.

With his eyebrows removed, a fluffy brunette wig, a willowy physique (he dropped almost 30 pounds), a thrift-shop chic wardrobe and a cheeky sense of humor that inspires Rayon to sneak glam pics of T-Rex singer Marc Bolan among Ron's girlie pinup gallery, Leto puts his own spin on the type of gender-bending transformation that has led to Oscar nominations in the past, including Chris Sarandon in 1975's "Dog Day Afternoon" and Jaye Davidson in 1992's "The Crying Game."

The actor also went one step further, staying in character for the 25 days of the shoot. Leto spoke after "Dallas Buyers Club"'s rousing premiere at the Toronto International Film Festival in September.

This kind of performance, you have to modulate it or it becomes too campy and distracting. You found a way to not make us think, "Oh, he is just putting on an act." Part of it was the ripped stockings and chipped nails—she wasn't just all prettied up. She was a little roughed up, too.

I think that is what happens when you live it, too. You're not just turning it on for the camera. But those things happen. You got your nails on for a couple days and they chip. You know. Little things like that, they happen.

What did you learn about that experience of being someone who is living in the wrong body.

Very well said. I learned a lot. The first thing I did was to meet with transgender people and I listened. They shared their stories with me. And I Iistened some more. It was fascinating to dive into these lives and to share and hear about some of their challenges and fight for acceptance.

There wasn't a real Rayon, though. She is a composite character?

She was a composite, but for me now she's a real person. When I read the script, the first thought that came to mind is there is an opportunity here to bring to life someone. I think in film this kind of role is usually a stereotype or a cliché.

It helps that you were working with Matthew McConaughey, because their playfully uneasy relationship also helps to define Rayon. Such as when she beats this macho guy in poker. Did you know Matthew before doing this?

Not at all. I met him for the first time yesterday. That was the first conversation we had where I wasn't Rayon. 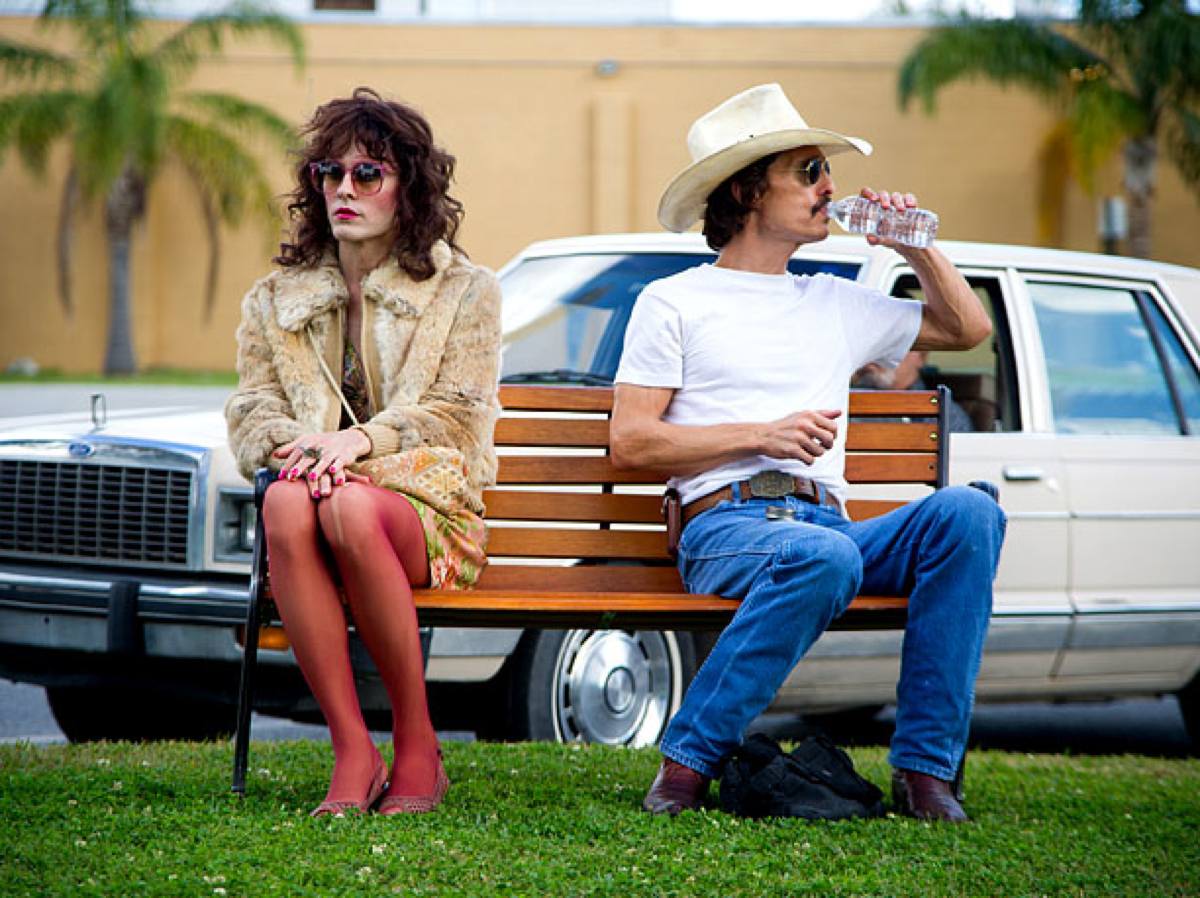 Did he recognize you?

Barely. [smiles] Same with the director Jean-Marc Vallée ("The Young Victoria") and Jennifer Garner (who plays a sympathetic doctor). I never really met them or had a conversation with them as me.

But when you went home at night, you took off your makeup.

The makeup was just one thing. I had dropped about 30 pounds. But there are other things, too. You couldn't really take the costume off. I waxed my body from head to toe. Then there is all the inside stuff. I lived in that character throughout the course of shooting. It was really important to do that. It isn't the kind of thing where the director yells, "Action," and then all the minutia, the accoutrements, the mannerisms, the behavior, all of that all comes back. I couldn't afford to let go for fear that I would lose that.

Did you look at other great cross-dressing performances?

You know what I didn't think of until this morning? I started to think of…What is the movie that takes place in Brooklyn, about a bank robbery?

It was a very quick part, but it was very real. She shows up as Al Pacino's wife and I remembered it was so real, their relationship. That love. Here's this dysfunctional relationship and it is surviving. There are some very funny performances like Jack Lemmon in "Some Like It Hot." And "The Adventures of Priscilla, Queen of the Desert." But that was very much about drag queens. Not about transgender or transsexual.

Besides losing weight, you also had to sacrifice your eyebrows. Were you worried they wouldn't come back?

I was worried. I waxed my eyebrows off. I waxed them twice throughout shooting. Two or three times. And I remember the second time, I thought, "Oh man, is this the one when they don't ever come back?" They started to come back a little bit so we had to wax them again. But they did.

What do you hope that people get out of this?

It's more than I ever expected already. The response is crazy. It's insane, it's amazing. But film has the power to change us. I've watched movies that have changed my life. If you love film, it changes you. I remember watching a film like "The Last Emperor," "Empire of the Sun," "Apocalypse Now." There is a great lesson learned here. A reminder in this film. That the impossible is possible. And a small group of people can do really amazing things. And it is interesting to go back in time and remember when AIDS was a death sentence. As far as the character goes, I hope people get to know someone and they have a little more understanding and empathy. We all know there are a lot of Rons out there. They may see the movie and change their minds.

How was it working with Matthew? He is in a great place right now with all the acclaim that he has been getting with the smaller films he is doing.

It is one of the reasons I decided to do the film after not making one for five or six years. I thought if he is willing to bet on this, it gave me confidence. It's interesting. He has done this by design. He has sought films that are the type I love. Smart, independent, interesting films. Challenging films.

Many of them such as "The Lincoln Lawyer," "Bernie" and "Mud" are making money, too.

That is refreshing in a day and age of superhero blockbusters. It's nice that interesting films, smaller films, can still get made and that there is an audience out there for them.

Are you going back to working on films now after this experience?

I am back working on one film. "Dallas Buyers Club." I'm really proud to be a part of it.