Being More Present: Patricia Clarkson on "Learning to Drive"

Patricia Clarkson had been holding onto the script of “Learning to Drive” for about seven years before it became a film directed by Isabel Coixet, now in limited release. Watching the film, you can see why—it’s a sound vehicle for the actress, who bounds from indie projects (“Last Weekend”) to studio ones (“The Maze Runner: Scorch Trials”) to even two episodes of NBC’s “Parks and Recreation.” Written by Sarah Kernochan, as based on an article by Katha Pollitt, “Learning to Drive” is a showcase for Clarkson’s diversity, her ability to zig-zag from punchlines to crushing moments of distress, and back again. A story as simple as an introverted NYC book critic (Clarkson) trying to get her driver’s license, and connecting with her Sikh instructor (Sir Ben Kingsley), is certainly imbued with gravity once a name like hers is attached.

The Academy Award-nominee (Best Supporting Actress, “Pieces of April”) previously starred opposite Kingsley in Coixet’s 2007 film “Elegy,” a dazzling rumination on age and connection based on the Philip Roth novel “The Dying Animal.” In the film, Kingsley played David Kepesh, an academic with no attention for commitment, but an eye for his student Consuela (Penelope Cruz). Meanwhile, Clarkson was Kepesh’s wife Carolyn, who shares with David a mostly physical relationship, to keep things their marriage as rewarding as possible. The two actors now use their chemistry to tread a very curious platonic ground in “Learning to Drive,” where Clarkson is now the relationship-challenged intellectual, coming to terms with their own disconnection from the world.

I had the pleasure of speaking to the very gracious actress right after meeting Kingsley, both of them chewing on the questions I lobbed their direction with thoughtfulness and levity. Clarkson got particularly excited when we touched upon the film’s sense of humor, and the images of sexuality that this movie provides actors of a certain age. We also touched upon her belief in platonic relationships, how independent cinema is helping women tell their stories, the role that criticism as played in her career, and more.

With this movie, what was most important to you to express about a character like Wendy? What did you want to share with the world about them?

For me, why I wanted to make this film about a woman who fails to appreciate the life that she had, and it’s lessons that I need to learn also, and maybe they rang true to me. In ways that are life and art merging in precarious, dangerous ways. But this is about a woman not finding a better self, but finding a more selfless self. You know, my generation of women, we’re lucky. We have it all. We really do, a lot of us. Many of us didn’t have to choose. I have so many friends who have jobs and partners and husbands and wives, children, multiple children. Some of my friends are often the breadwinners in their families, but I think we sometimes lose track of what’s right in front of us. And the simple thing her husband says, “You never looked up.” She’s a brilliant woman who has done stupid things. But so I think it was just, “How do we take in the life that is around us? How are we more present?” And I like that journey. I like that she was flawed, deeply flawed and complicated. But I also liked playing someone smarter than myself. This was an ode to my brilliant writer friends. I have many brilliant, brilliant friends, a poet and a playwright. I do seek higher ground, often, in my life. And that’s what I wanted. 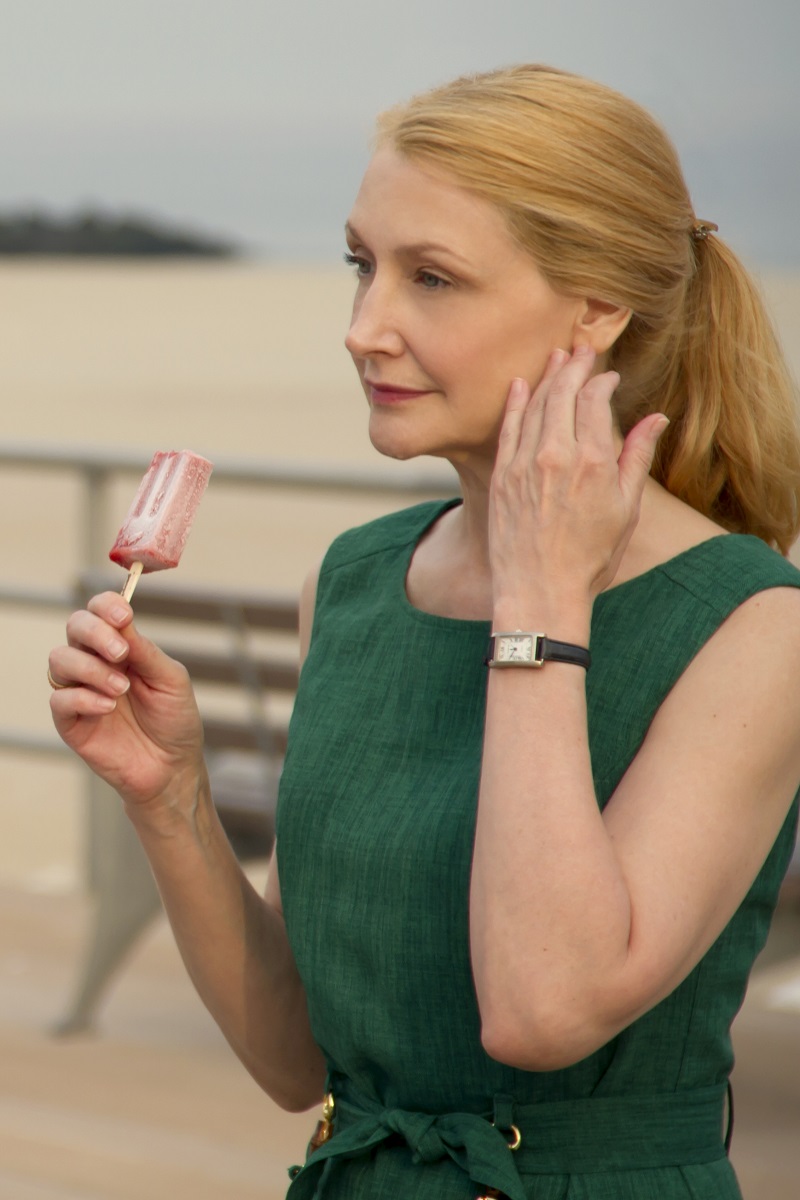 How important was this film’s sense of humor when you were clinging to this script for so many years?

Crucial. The humor in the script, and Wendy’s sense of humor is essential. She’s witty and urbane. She knows how to turn a phrase. But she is, at the end of the day, a woman who failed to live. Her husband was not perfect - it takes two to tango - but, him having the affair is not the story. It’s a much larger picture.

[An ambulance siren whirs loudly outside the window of the hotel.]

In this film you have a fair amount of jokes, but you also have scenes about or featuring your character’s sex life. Was it also particularly important for you to have those moments as well?

Yes, and it’s also refreshing to have sex scenes. And you know, listen. Our business is innately ageist and sexist, and it’s valid. We do need beautiful young women on film, that’s just our business. It’s a great thing in our business, beautiful young actresses. But we have to continue to see people of a certain age naked on film, because we are naked! You continue to be naked as you age with people. And so, I like that.

This and “Elegy,” with Sir Ben as well. People have sex.

Of all different ages.

Of all different ages!

At the same time, what do you think speaks to viewers about watching a platonic relationship?

In my life, I have dear, very dear platonic relationships with several men in my life. It’s a beautiful journey that you take in a platonic way with a man. I have very dear girlfriends that I learn from daily, but when you don’t cross the path, when you remain chaste, other things are allowed to blossom and happen. I highly value my deeply platonic friends. 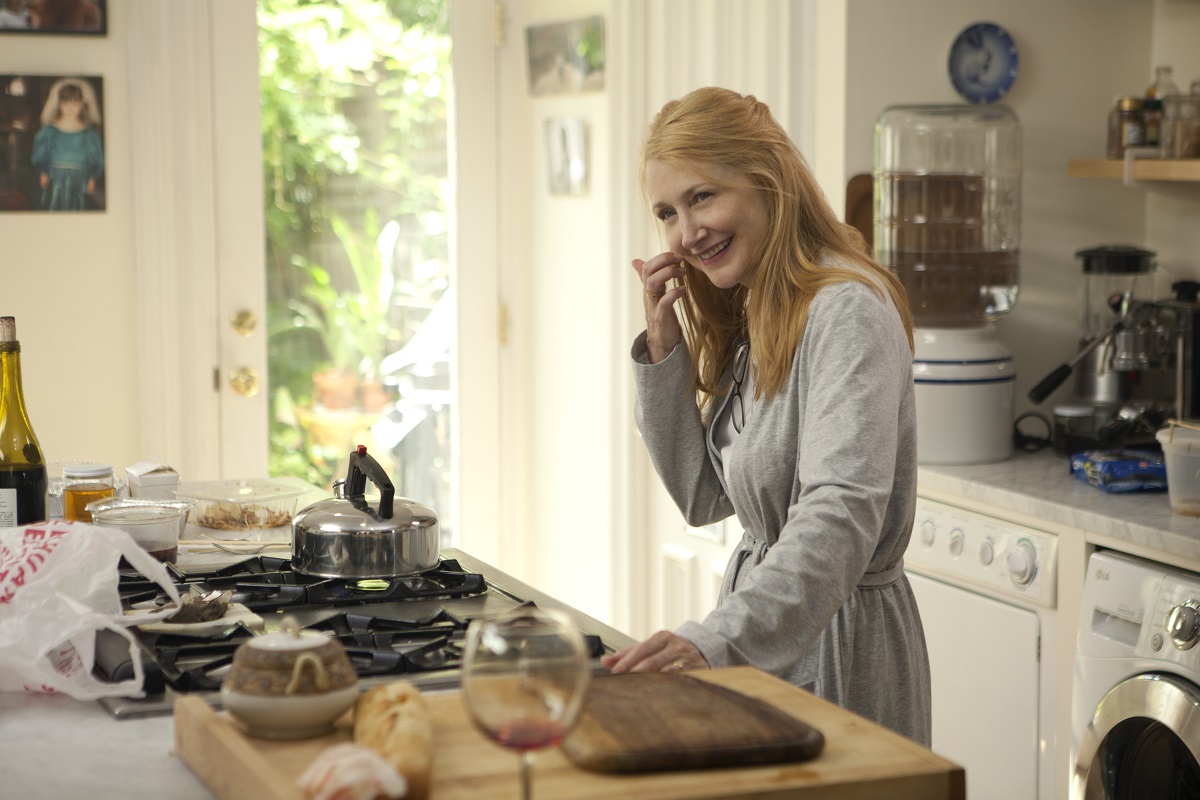 Rashida Jones once told me in an interview for her film “Celeste and Jesse Forever” that she doesn’t believe a 100% platonic relationship is possible. What do you think?

Wow. Hmm. I do. Maybe because I’m a different age [laughs]. Maybe it is about not always wanting to take your clothes off. But I do. I’ve had it. I’ve had a very platonic relationship with some very straight male friends of mine.

With this movie and “Elegy,” there is a nice reversal between you and Sir Ben of who is playing the intellectual trying to wade through a personal disaster. But there’s a question that rings throughout both, and I asked Sir Ben this as well—do you feel there is a definitive answer about marriage and fidelity, or is it always meant to remain a question?

Oh, it will always remain a question because it’s such an intimate and singular event. It’s unique to those people. It’s timeless and ageless why people stay together, and why people fall apart. And I know so many people that are divorced, that if they could wave a magic wand and make life whole again, they would. Most people I know would. There are very few people who long for divorce. I think we all want our relationships to succeed. We hope for the best, we have to. Or why would we go down this road? I think the reason that marriages work are infinite.

There’s so many parts of it, including time. That bastard called time.

What is it about working with Isabel [Coixet] that makes it worth returning to her for even a 25-day shoot?

25 days. Psychotic! It’s too much. But, this is the great thing about Isabel and Sir Ben. They’re workhorses, they know how to rock and roll, they’re consummate professionals. Everyday we showed up, we had no time, limited refunds. We had no time to explore and think and discuss. We showed up everyday and had to make the most of every single minute of every single hour of every single day. And we were shooting in a very difficult city to shoot in New York City, but essential to the story. And we couldn’t fake things. Everything is real. Everyone is so surprised, they say, “You’re really driving!” And I say, this isn’t like Cary Grant and Ingrid Bergman on a set. This is me in a ratty, little car, driving through the cacophony of New York. It’s crazy. 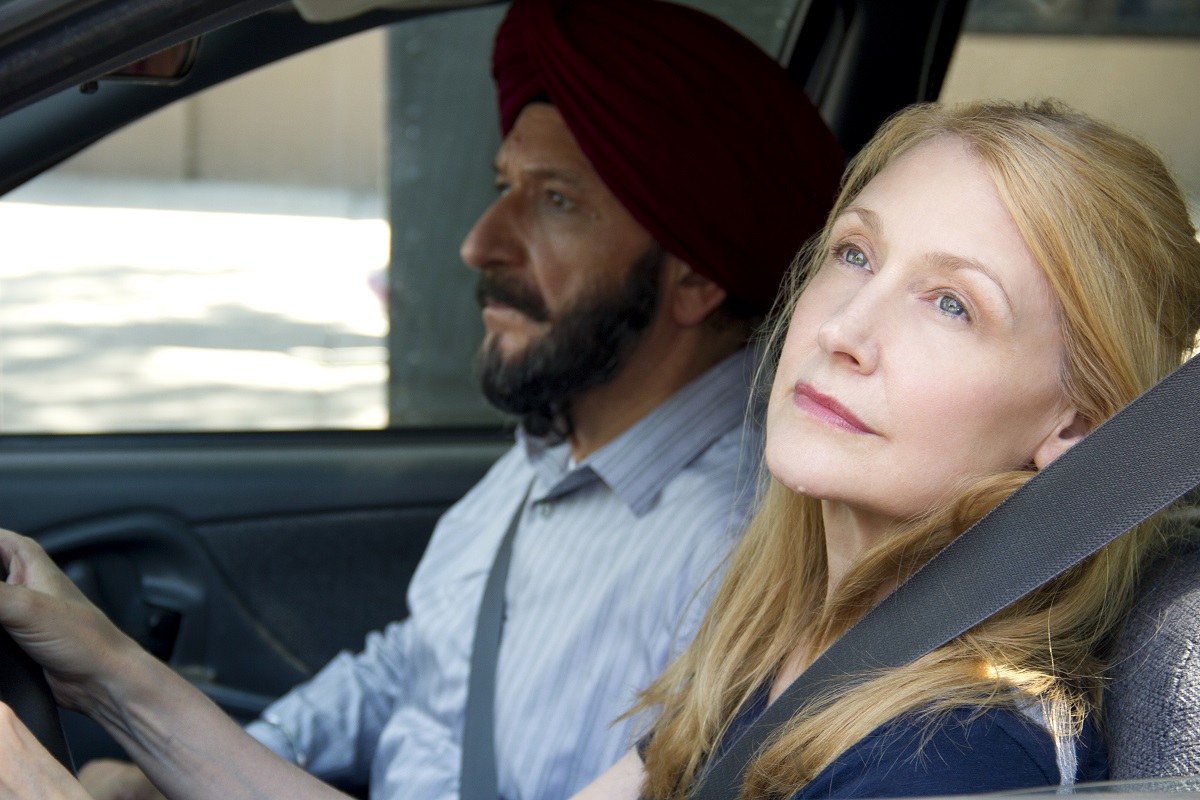 Do you see a progress in modern filmmaking better understanding women, and giving them better roles and even directorial work? How do you see “Learning to Drive” as part of it?

Definitely. “Learning to Drive” has so many women playing crucial parts in this. And it’s stunning. And I love this film and had it been made by primarily men, I still would love it. But the fact that it’s made by so many women who played the vital parts in getting this made, is what makes me very proud. But I think it’s more the rise of independent cinema becoming commercial that has helped us. I came about in the heyday of independent cinema, the late '90s, with all of those extraordinary companies like October Films, Miramax, Paramount Vantage, all of those. But oddly, independent cinema is more commercial these days. And more people are going, and these films take hold of the zeitgeist now. Regular people now go to independent cinema. It’s not just these hotbeds of culture, these urban pockets. My brother-in-law is a banker, and he goes to art films! But something has shifted, and that’s helped life more adult stories to the forefront, and with those adult stories come stories about women, more stories about women, of a certain age.

And in blockbuster terms, I’m thinking of someone like Paul Feig, who is a male director, but is giving more roles to women.

It is astonishing how he’s lifted women to a new high, just single-handedly. “Bridesmaids” is brilliantly funny, it gives women a chance to shine in such staggering and comedic ways, and it has opened new doors for a lot of actresses in this business, who are now commodities. It’s so great, but there are a lot of great men helping to lift women. Great creative forces of men who have chosen to direct female projects. That’s what’s important.

As someone who plays a book critic in “Learning to Drive,” what role has criticism played in your career?

I do think criticism is necessary, and I do think it is valuable. We need arbiters of taste. I think it’s just societal. We need opinions, we need subjective opinions, or objective opinions about subjective work. We need objectivity because it is so subjective. And we need a look from on high, so to speak. I know a few critics, I am proud to know them. I think they’re ordinary people, they have opinions, and many of them their opinions are valuable. I’ve received the kiss and the slap, and it’s just if you can’t handle the heat, stay out of the kitchen, baby. That’s the job we’re in. It’s brutal to read a slash. But I don’t read a lot of reviews when I’m in the middle of it. When I’m doing theater, no. And even right now, I’m just not, because I’m on a roll, and this film has been such a part of me for so long. I don’t want to know. But I just want to know if they’re helping, and they are. Whatever happens to “Learning to Drive,” there’s been some very good things said, and I’m thankful, because they can sell tickets. They sell tickets.

When you are making a movie, are you trying to think critically of the story, its themes, etc?

No, I think it’s a very subjective process for me when I shoot a film. I don’t even watch dailies, I don’t watch anything from behind the camera. I only know the world that I live in, and that’s crucial to me, so I try to remain in the world that the film is. And I try to, I think ultimately, as actors, the less we come from the head, the more we come from the heart, it’s very helpful.