The holidays bring families together like nothing else, even when they’d rather fight. “Almost Christmas,” the newest film by prolific playwright David E. Talbert, examines what happens to a family getting together for the first time since the death of the matriarchal grandmother. Combining the understated dialogue of a stage play with the slapstick afforded with a feature film, the film’s ensemble cast (including Gabrielle Union, Danny Glover, Mo’Nique, Omar Epps, J.B. Smoove, and DC Young Fly) weaves a heartfelt dramedy from its contentious parts. It’s hard to stand out with such a powerhouse cast, but Epps and Fly steal scenes as one flexes a leading man’s charm while the other demonstrates a knack for comic jabbering.

Epps and DC sat down with RogerEbert.com to talk acting, community and the election while in Chicago in preparation for the premiere of “Almost Christmas.”

This film is about the blurring of the lines between family and community—how did writer/director David E. Talbert bring your characters, which aren’t in the family, into the story?

OMAR EPPS: Well, for my character, he grew up with the family. He’s known them his whole life, back visiting as well, having a history with Gabrielle’s character back in high school. She’s had a bad relationship and my character’s obviously single so the natural thing is to try to rekindle that flame.

DC YOUNG FLY: And I’m the youngest brother’s (Jessie Usher) best friend. You don’t see my parents anyways, so I’m already like adopted into the family. I’m an orphan. They don’t tell you in the movie, but I’m an orphan. But we’re all pieces being brought together because I’m the “bad guy” who really puts [Usher] in a lot of situations while Omar is rekindling that flame so it’s about the family, but it takes the outsiders to bring the intrigue to the family. I mean, Keri Hilson’s not part of the family but she also plays a big role. We’re the ones that tie it all together.

A lot of your scenes are one-on-one, how do you bring these character histories to these more isolated moments?

EPPS: You have the backstory, but you have to live in the moment. Gabi and I have known each other for years so we had that synergy throughout the whole film. There was so much respect on set. 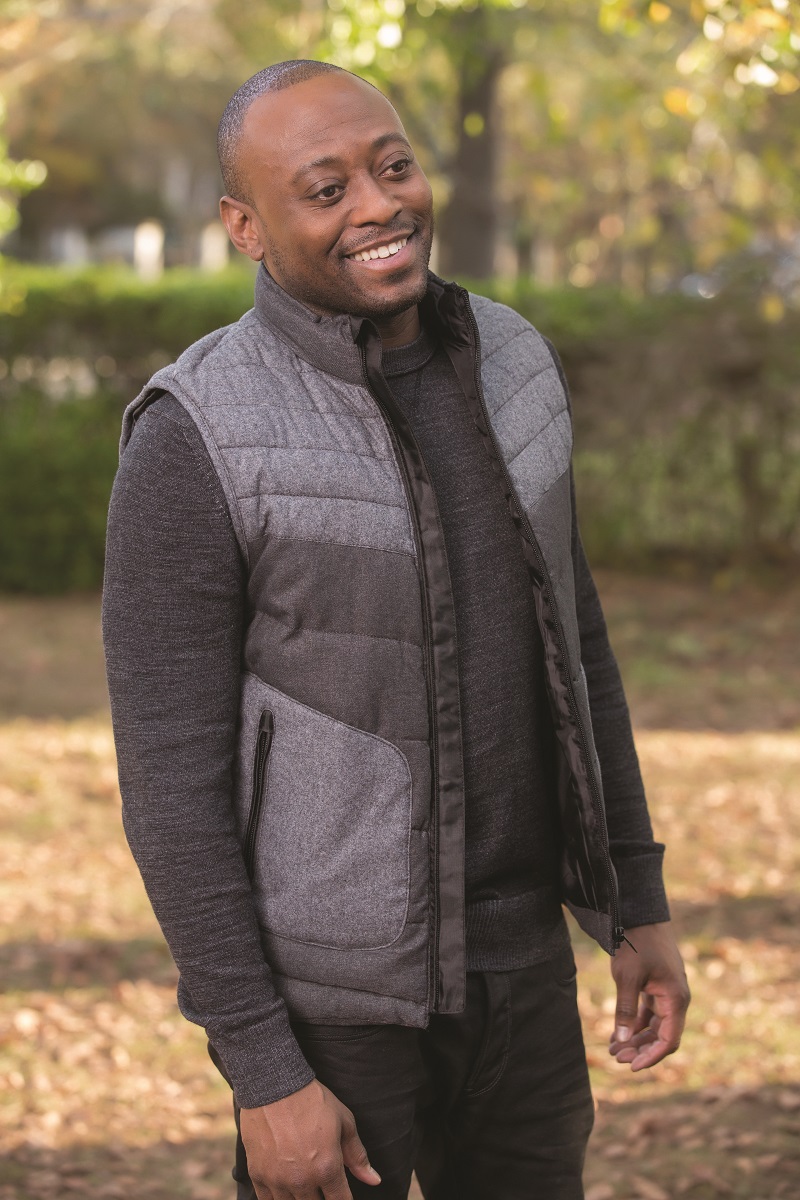 It was a very warm movie in general—Is that kind of family-friendly feeling something you two would like to shift more towards in your careers?

DC: Not to say anything about you, but the majority of these black movies—you know, family movies—they usually show that we’re dysfunctional. That we can’t work together, that we always hold a grudge. What this movie shows is that a black family can put things, long years and grudges, aside because at the end of the day that’s what true love is all about. Don’t laugh!

That’s something one of the only white characters (played by John Michael Higgins) brings up as a joke, that the matriarch has died in a black family and that’s the center of every black home. But this community is much more than that, where success and homelessness co-exist—are these “black movies” moving away from stereotypes and towards more realistic complexities?

EPPS: That’s certainly what attracted us all to this film. I love that you used the word “complex” because it is complex. I think starting out with the death of the matriarch spins the narrative on its head. Seeing Danny Glover deal with loss, addiction and where people come from while other family members are running for Congress—all those things and dealing with family—that’s what real life is. It is complex. It’s layered, it exists in the gray areas not just the black and white. So in terms of cinema in general, but specifically black cinema, we’re at a time where we need to be more elevated with our storytelling. We need those layers to reflect the complexities of those that really lived them.

This last weekend saw the release of “Moonlight” and “Boo! A Madea Halloween,” hitting some diverse segments of a black audience—where does a story like “Almost Christmas” fit in with these two extremes?

EPPS: I think it brings it all together. One of my favorite things is that it’s literally a family film.

DC: Less of a black and white thing than a family thing.

EPPS: Exactly. You can bring everyone from grandma to the six-year-old. Essentially, family is the nexus of everything, so it’s right in the middle. Even if you don’t get along with your family.

DC: It’s gift-giving season! You’ve got to come together. 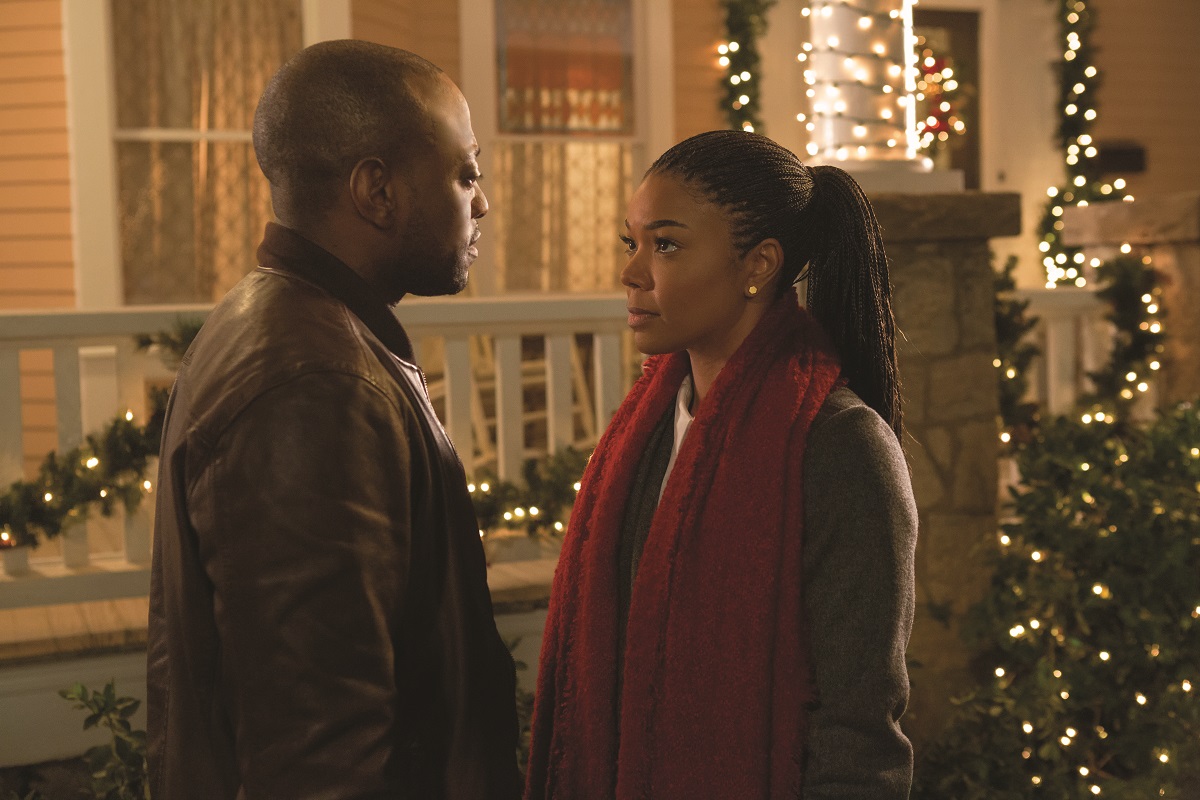 Omar, for you specifically, with your kids growing up, is it more important to you to take roles in things you want them to watch?

EPPS: No, I don’t really approach it like that. I just follow the beat of my own drum. My kids, they’ll see stuff on TV and tell me “hey you were in it." They’re living their own lives, but it’s interesting to see them discover stuff I’ve done. They like seeing my movies, but I make my choices for me.

To change the subject, DC, how was filming in your hometown of Atlanta?

DC: It was great. I stayed ten minutes away from the set, so I could sleep in a little later. But it was a blessing bringing a big motion picture to Atlanta, shooting it in the hood around the corner.

The film industry’s really been taking off there, have you seen that change the local scene?

DC: I’m trying to make it my duty to be in everything that’s ever shot in Atlanta. It’s my city. I’m banging on the door, “Hello. You gotta talk to me if you wanna shoot something in Atlanta.” The taxes are so low. Whoo! You ever tried shooting something in LA or New York? They walk away with a third!

Did the setting affect the realism? I don’t think you could’ve shot this movie in New York.

DC: Southern hospitality. You’re not getting that anywhere else because it doesn’t feel homey. The cast did what a Southern family does: they embrace you and it’s all love. I might meet you for a day but by the end of that day I’m looking at you like, “I think we’re related now. I think we’re cousins.” That’s the beauty of shooting in the South.

How was working on your first feature film after working as an internet comedian and on TV?

DC: It’s different, man. It’s a blessing I get to work in all the lanes—Vine you do for you and followers you don’t know around the world, TV [MTV’s Wild 'n Out] you do for an audience right in front of you, then movies—it’s a real craft. TV and movies, it’s a different kind of acting. Movies you have to know the character, be the character. You don’t bring yourself or your intuition. I had to learn the craft, what Omar’s been doing for a long time. 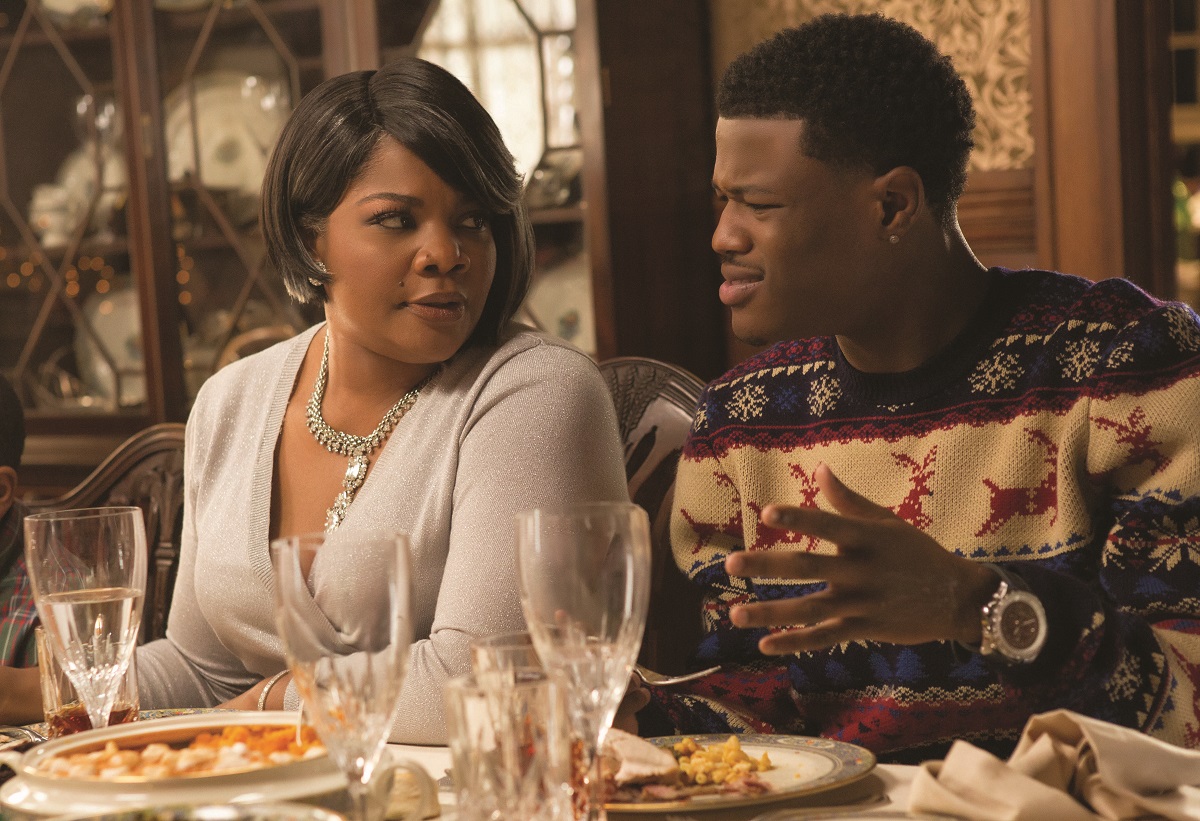 They didn’t make it easy on you to stand out, pairing you up with Mo’Nique.

DC: Me and Mo’Nique clicked like we already knew each other. There were times where she would tell me, “My brother, you have a natural talent.” She would bet me to do something, stuff to bring out her comedic skills. We bounced off each other. They embraced me, I felt like a cool kid.

They let you riff some?

EPPS: Sure, we tried it a few different ways trying to find what’s funniest. What’s gonna throw off our scene partners, that kind of thing.

And you’re not even doing comedy the whole time. You get some of the film’s biggest romantic moments. They gave you the last emotional punch of the movie.

EPPS: It’s funny that you say that; it is how that comes in. That nice little caveat when everything is already squared away but you need that one little button-up. There’s a grand gesture that’ll hopefully make the women melt.

DC: Hey, who’re you voting for?

Who am I voting for?

DC: Alright, you’re cool with me.

EPPS: If he was for Trump he wouldn’t tell us.