Tomris Laffly September 06, 2017
Tweet
“I took the gondola with the director of 'The Revenant,' and he told me his favorite film of Telluride is 'The Rider.'"

If you want to get the real scoop at film festivals, pay attention to not the oftentimes-customary standing ovations, but to the chatter in lines amongst festival-goers. I overheard the above as I was grabbing a quick bite on the festival’s final night while gently eavesdropping on a nearby line waiting to be let in to the Sheridan Opera House for one last screening at the 44th Telluride Film Festival. I wasn’t surprised by it. Alejandro G. Iñárritu’s open praise of Chloé Zhao’s Cannes Director’s Fortnight-winning contemporary Western to a regular festival attendee encapsulated what I have felt and witnessed over the three days I spent short of breath, running up and down between Colorado Avenue’s screening venues. Women directors, having claimed 9 out of 30 features of the main program (as directors and co-directors), weren’t just a (much) better-than-usual statistic on paper. Their films truly had a prominent presence and were indeed among the most popular festival favorites and sleeper hits. They ranged from grand works with scale and scope (like Angelina Jolie’s “First They Killed My Father”) to more modestly sized, personal efforts equally striking in vision (like Greta Gerwig’s “Lady Bird.”) The feeling in the air was that something big was happening for women directors and everyone was paying attention for a change. 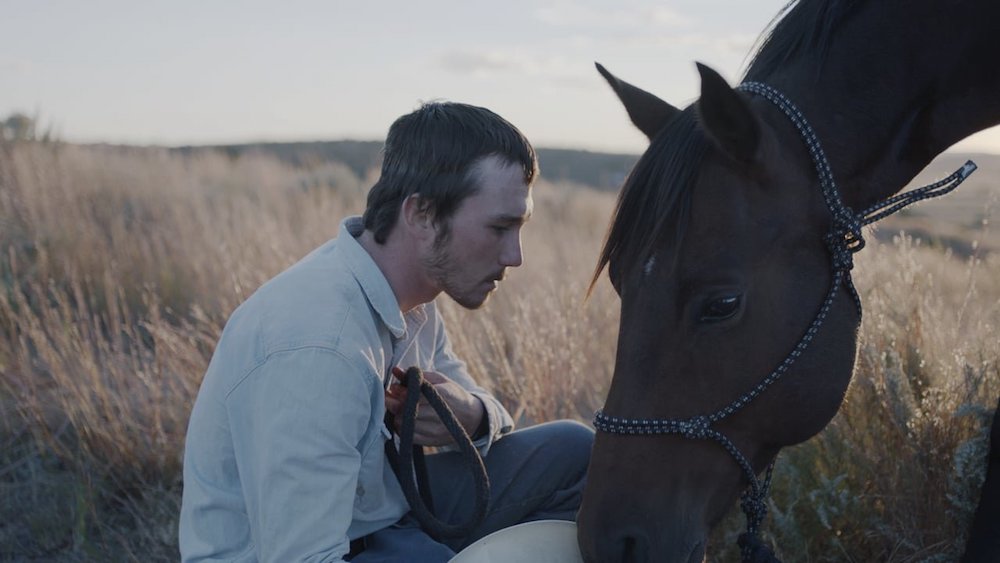 Let’s continue with “The Rider,” while we’re at it. Zhao’s delicately observed second feature after her impressive debut “Songs My Brothers Taught Me” follows a young, modern-day rodeo-rider’s poverty-stricken struggles as he recovers from an injury. Set against the picturesque landscapes of South Dakota, Zhao attentively opens a door into the world of contemporary cowboys that she admits she was new to in the beginning. In a conversation with Werner Herzog and “Hostiles” director Scott Cooper on Monday, Zhao said the first time she saw the exquisitely camera-friendly face of Brady Jandreau (her lead, who is a non-professional actor like the rest of her cast) while filming nearby, she knew she had to act on it. So she familiarized herself with a world foreign to her. The end result is an accomplished, aching Western that gives the viewer the slow-burn feeling of a rewarding Kelly Reichardt film.

Another big story from the festival was surely Greta Gerwig’s solo directorial debut “Lady Bird,” a semi-autobiography of the writer/director in which she portrays a tough, opinionated Sacramento girl in her senior year at a Catholic High School. “Courage doesn’t grow overnight,” the multi-talented filmmaker said to me when asked about why it took her so long to get behind the camera on her own (click here for my interview). And she admitted it was the work of other female directors like Sarah Polley, Sally Potter and Haifaa Al Mansour (which she saw in Telluride when she was in town for “Frances Ha”) that whet that directing appetite for her, which she always knew she had and wanted to develop. “Lady Bird” was a critical hit in Telluride. And another one of those films you could hear gushes about in lines and gondola rides. 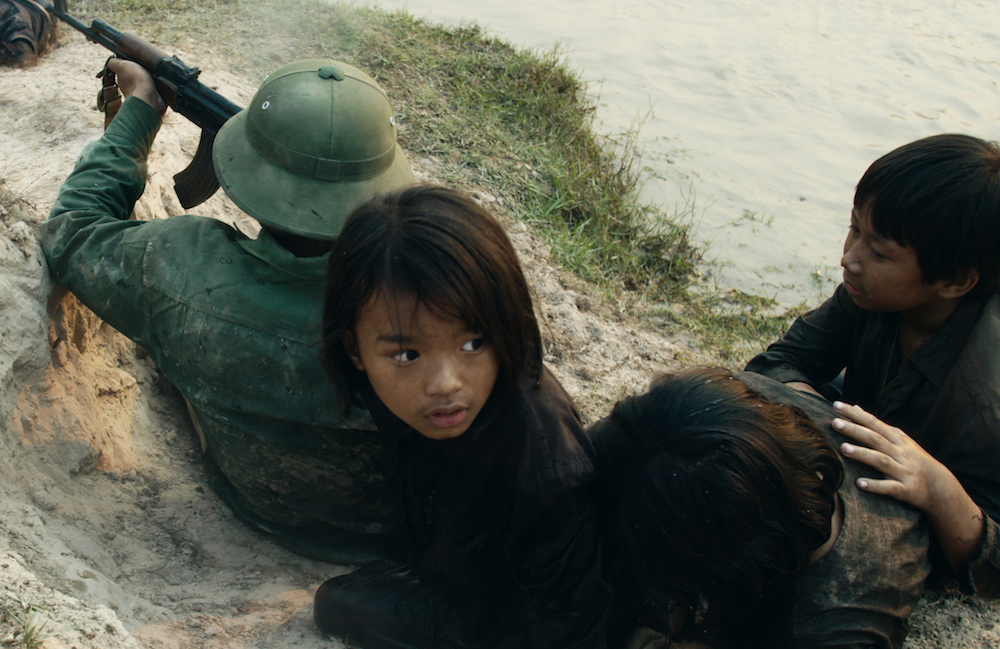 Angelina Jolie’s “First They Killed My Father,” largely lauded as the filmmaker’s best directorial effort to date, brought festival audiences to tears with a devastating, true story of endurance. Loung Ung adapts her own memoir about her survival as a child against the horrors of Khmer Rouge regime in Cambodia. Jolie’s harrowing film brings the horrors Ung had first-hand experienced to life in brutal detail. As a mother of an adopted son from Cambodia, “I was ignorant about this history,” said Jolie during one of the film’s Q&A. She perceived it as her responsibility to tell the story, as it was about her family to her.

In a panel titled “Wonder Women” (surely taking a cue from Patty Jenkins’ worldwide box office hit and also attended by Billie Jean King, Alice Waters and Natalie Portman), Jolie took the stage in defense of immigrants. She compared that slice of Cambodian history to current day situations we can recognize. “There’s a country arming itself on the border,” Jolie remarked. “There are bombs that enter the country, there’s a vacuum left. Ideologies rise and hate rises. There are a lot of lies, encouraging people to come together and rise up against outside influences. But in doing so, they are also rising up with a certain kind of ideology that is very hateful and aggressive.” 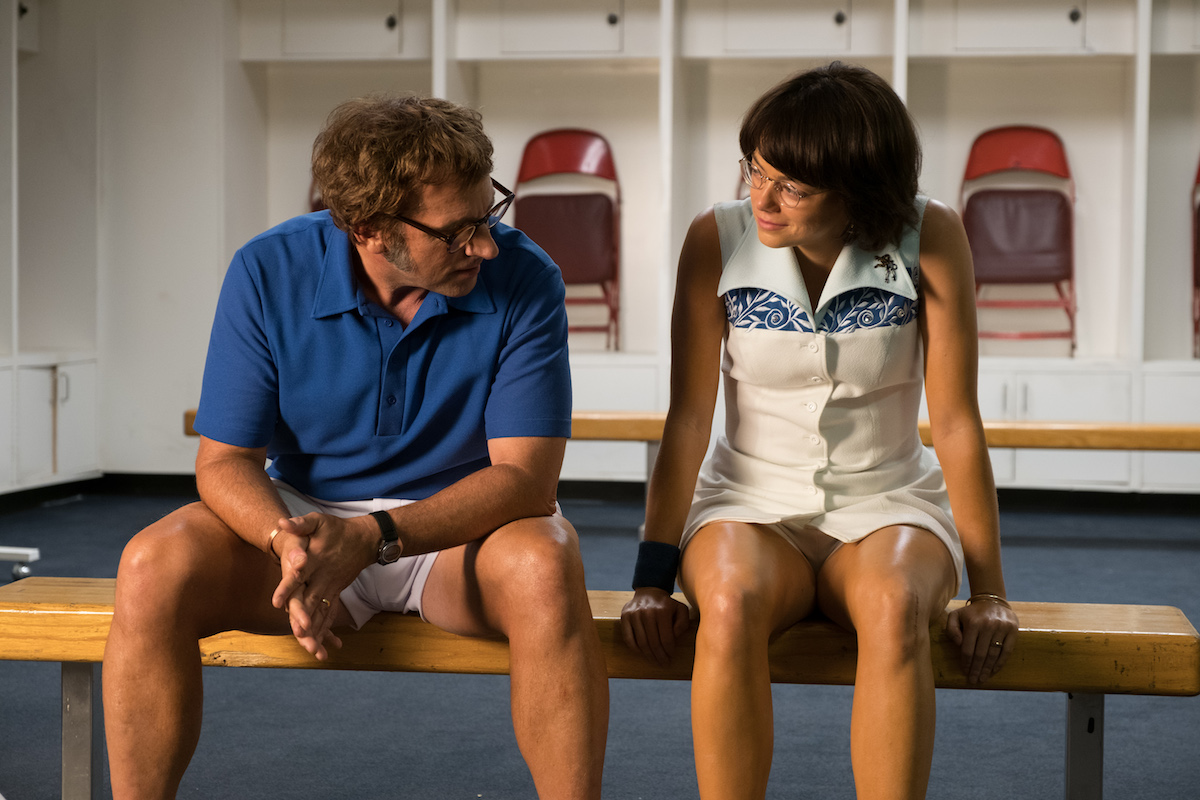 Co-directed by the “Little Miss Sunshine” duo Valerie Faris & Jonathan Dayton, “Battle of the Sexes” touched a current, timely nerve around women’s equality and LGBTQ rights in charting the events that led to the historic 1973 tennis match between the legendary player (and activist) Billie Jean King (Emma Stone) and Bobby Riggs (Steve Carell). It was of course a lot more than a tennis match. For Billie Jean King, and all the women behind her, it was a personal and political chance to prove to all the chauvinistic men that women are just as skilled and strong, thus, require equal pay.

At a Fox Searchlight party, co-director Faris told me they were making the film while the presidential election was still going on. “We thought we’d have a female president then,” she said, taking note of the new importance and relevance their film has assumed overnight. “Billie Jean for President,” reads one of the signs held by the crowd after she defeats Riggs. The sign lingers on the screen for a second; almost reminding the audience our presidential tennis match could have ended differently. “We didn’t add that after the election though,” said Faris. “We just recreated the original signs from the real match. So it’s always been there.” Talk about newfound relevance. 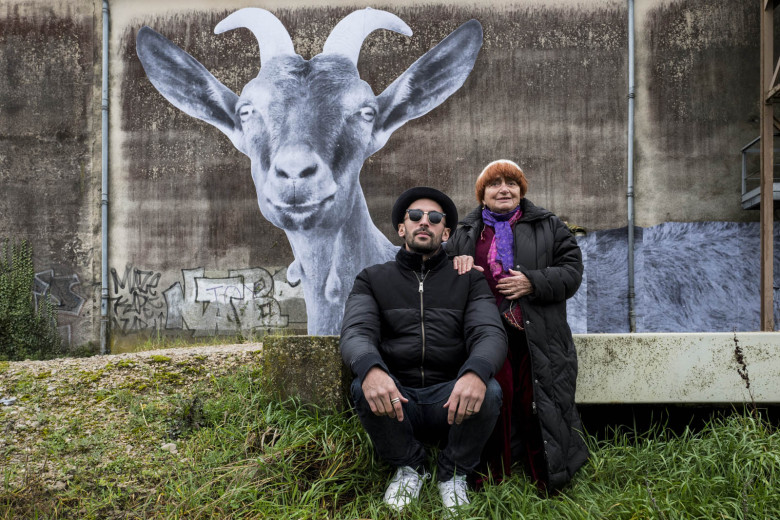 In her collaboration with the French street artist JR, the 89-year-old Agnès Varda (infamously French New Wave’s only female director) knows no stopping. The duo travel through the pastoral regions of France and through a complicated artistic process, create large-scale photographic images of eccentric everyday people they meet, to later on install the images on buildings and walls across town. Already a hit in Cannes, “Faces Places” is a charming, heart-warming artifact that dares to glorify the often-sidelined underdog characters around us and hints to the audience that we would be all so lucky if we could one day take a road trip with Varda and her boundless energy. 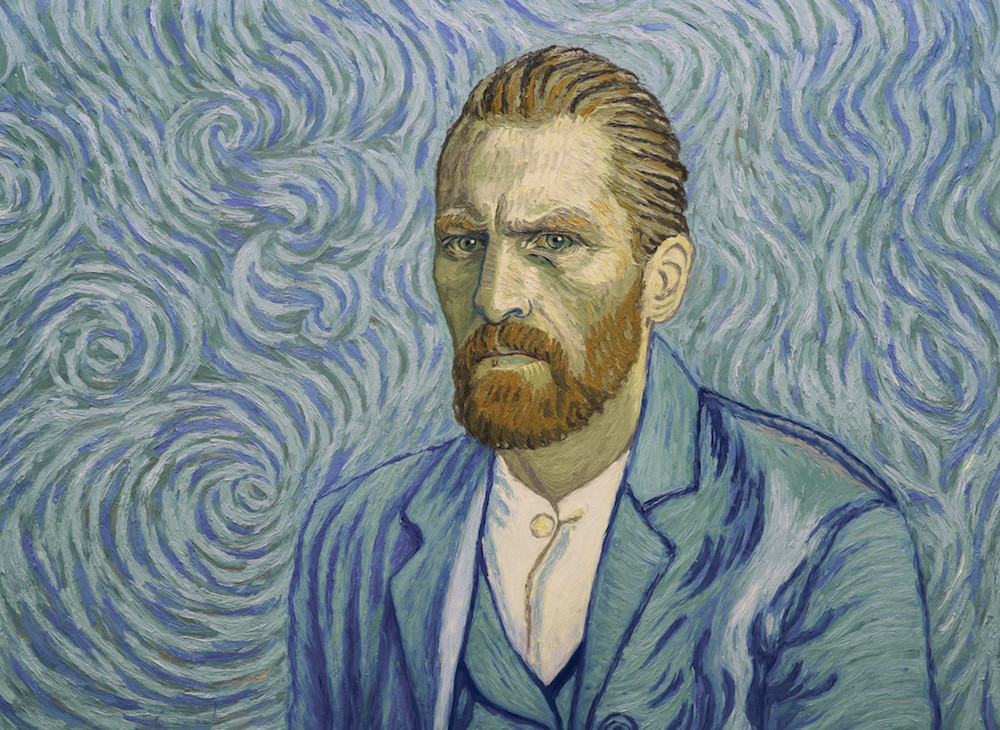 There was also Camilla Magid’s intimate debut “Land of the Free,” a documentary that empathetically looks at the effects of mass incarceration in the US by portraying three lives from three different generations; all torn apart by imprisonment. Dorota Kobiela and Hugh Welchman’s “Citizen Kane”-esque animated feature "Loving Vincent" (pictured above), easily one of the most ambitious works in Telluride this year, recreates the world of Vincent Van Gogh in a mystery that pieces together his last days. The impossible task was made possible by 125 artists who worked with the directors and created 65,000 paintings over the course of nine years.

And finally there were the two films I sadly missed, but look forward to catching up with in their continued festival runs based on the buzz in Telluride: Rebecca Miller’s documentary portrayal of her legendary playwright father with “Arthur Miller: Writer” and Lisa Immordino Vreeland’s “Love, Cecil” in which she looks at the life of Cecil Beaton, the famous photographer, author and a designer with both Oscar and TONY wins under his belt.

We don’t know yet how these titles will do once they meet audiences beyond festivals. And given the unofficial start of the awards season alongside fall film festivals, there is no real way of forecasting whether any one of these female directors out of Telluride will make it to the Oscars. But there is a lot of time to worry about all that. In Telluride, for a mere 72+ hours or so, anything seemed possible for women behind the camera. That’s something to hold on to.