“UNSTOPPABLE.” That single adjective, plastered on walls all over Cabo San Lucas, suggested the determination of a fabled Mexican beach resort to rally back from a devastating storm that arrived just as its tourist season approached. It also served a double purpose as a de facto slogan for the third annual Los Cabos International Film Festival, which found itself imperiled by the same extreme weather event.

Before Hurricane Odile plowed into Mexico’s Baja peninsula in September, the festival seemed on track to build on the solid success of its first two editions. Co-founded and directed in its first year by Scott and Sean Cross, founders of the Vail Film Festival in Colorado, the event (called the Baja International Film Festival for its first two years) was an ambitious undertaking from the outset. No mere regional fest for a nation that has a number of good film festivals, it put the emphasis on “international,” with a guest list that bridged the film cultures of Mexico, the U.S. and Canada, and a profile that encompassed not just screenings and celebrity appearances but a multi-national industry conclave. 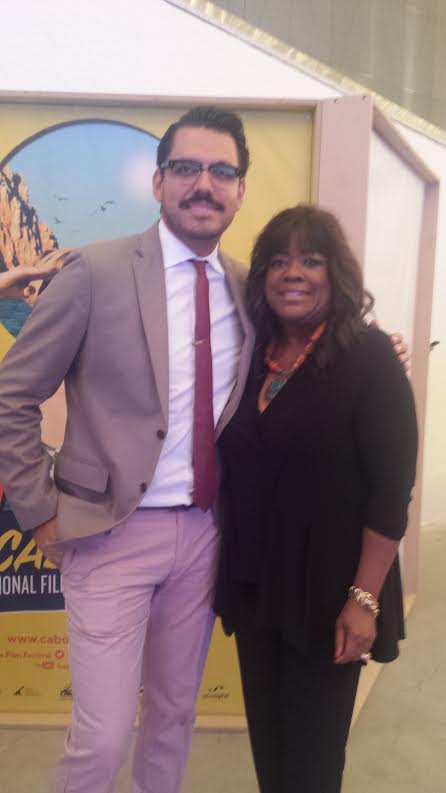 Impressed by the festival’s stellar launch, the Mexican government got involved and infused it with resources that promised bigger and better subsequent editions. Then, on Sept. 14, Odile, one of the most powerful hurricanes ever to hit Baja, came ashore at Cabo San Lucas packing 125 MPH winds. The widespread resulting damage put the festival’s third edition very much in doubt.

After days of damage assessment and rapid-fire deliberations, the organizers decided to go ahead with the 2014 festival, despite challenges on many fronts. Held Nov. 12-16, the event’s third edition proved the wisdom of that choice. Though its guest list was scaled back by a third, and many of the town’s swankiest beachfront hotels remained out of commission, this year’s festival, rather than being a mere placeholder, built impressively on the energy and esprit of previous editions.

The complement of famous U.S. names, though, was one area where the hurricane took a toll. In the first two years, the festival hosted an array of American stars and prominent filmmakers. This year, Hollywood agents reportedly withheld a number of their clients due to the event’s temporary uncertainty. But that didn’t deter two American luminaries who could probably give Odile a run for her money as forces of nature–Reese Witherspoon and Chaz Ebert.

The two appeared on the festival’s open-air stage during its opening night ceremonies. Witherspoon was there for the Mexican premiere of her forthcoming U.S. release “Wild,” which showcases her abilities not only as actor but also, perhaps even more importantly, as producer. At a press conference earlier in the day, she explained that she’s intent on depicting “complex, interesting women” in the films she mounts; to that end, her production company acquired the rights to two recent books–Gillian Flynn’s novel “Gone Girl” and Cheryl Strayed’s memoir “Wild: From Lost to Found on the Pacific Coast Trail.”

Whether or not it matches the box-office punch of “Gone Girl,” “Wild” is an engrossing, expertly mounted woman-against-nature drama with Witherspoon as a former drug and sex addict purging her past life by hiking solo over a thousand miles, from Mexico to Canada, through the wilds of the Pacific coast. Adroitly directed by Jean-Marc Vallée and scripted by Nick Hornby, the film features a physically arduous lead role that, not surprisingly, Witherspoon called the most difficult she’s ever undertaken. But it’s a movie in which, as both character and filmmaker, she proves, well, unstoppable. 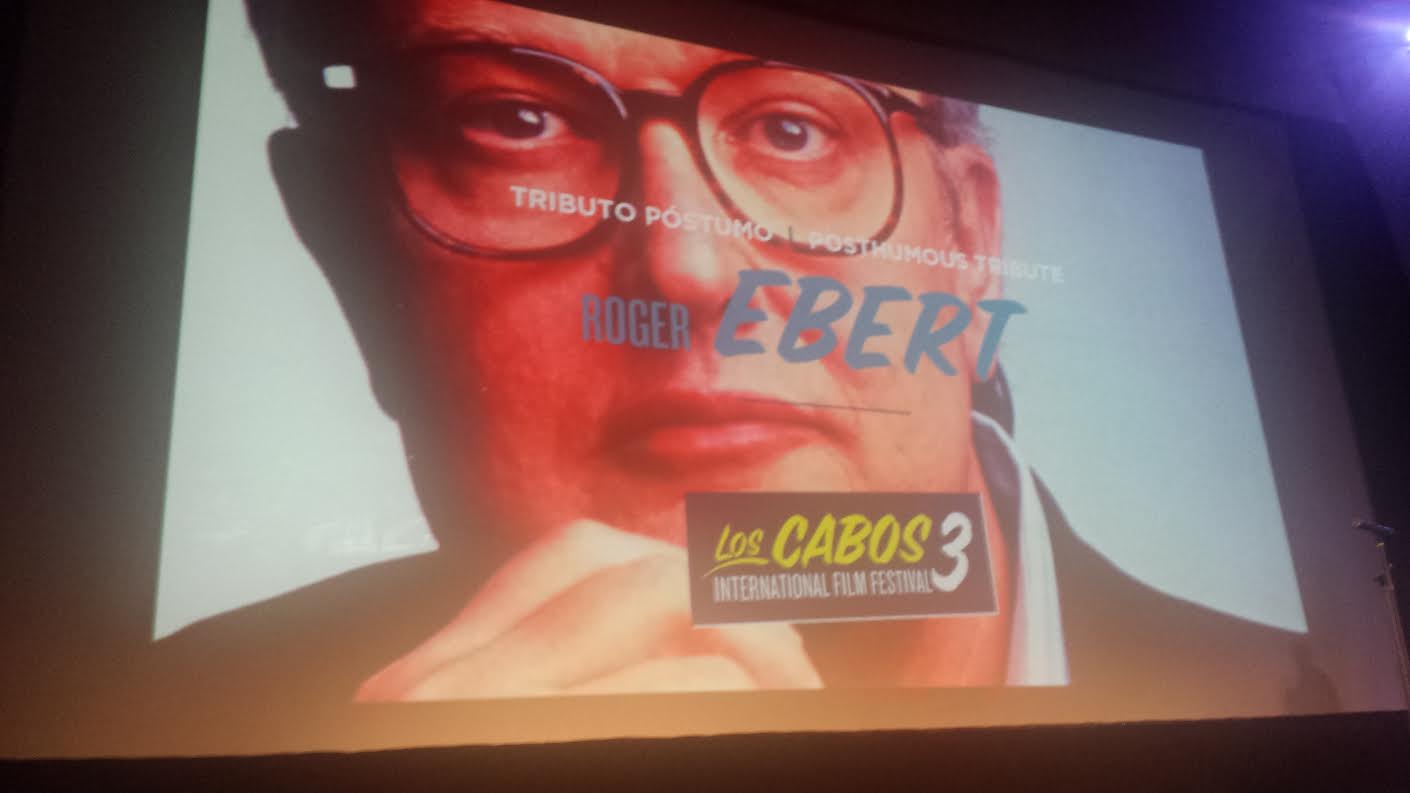 Chaz Ebert took the stage after festival director Alonso Aguilar-Castilo announced Los Cabos’ special posthumous tribute to Roger Ebert. Following a selection of clips from Steve James’ acclaimed documentary “Life Itself,” Chaz accepted the award with remarks that began in Spanish, a gesture greeted with obvious appreciation by the crowd. In a sense, this festival’s Roger Ebert event marks a turning point in the extensive career “Life Itself” has enjoyed since its premiere in January at Sundance: Moving from the U.S. to foreign countries including Mexico (where it will soon have a theatrical opening), the film now brings its celebration of one critic’s life to audiences that rarely encountered his work in print or on television.

Watching the film the next day with a mostly Mexican audience that seemed engrossed from start to finish, and engaged Chaz in a spirited Q&A afterwards, it seemed clear why “Life Itself” works so well for people who didn’t grow up reading and watching Ebert: more than a nonfiction biopic, it’s a great love story–an evocation of Roger’s love for movies, for writing, for people, for Chaz and, of course, for life itself. No wonder the film seems so moving and engaging even to non-English-speakers who meet Roger for the first time in watching it.

American film culture was also represented by Los Cabos’ closing night film, Richard Linklater’s “Boyhood,” with young stars Ellar Coltrane and Lorelei Linklater in attendance. The Canadian presence included Xavier Dolan, whose Cannes Jury Prize-winner “Mommy” was the second of the festival’s Gala screenings, and two veteran auteurs who received career awards as well as presenting new films. Denys Arcand introduced his “An Eye for Beauty,” an elegant drama about a young architect who strays from the marital straight-and-narrow. And Atom Egoyan was given his award by Rosario Dawson, who stars along with Ryan Reynolds in his upcoming “The Captive,” a drama centered on the mystery of a child’s kidnapping. 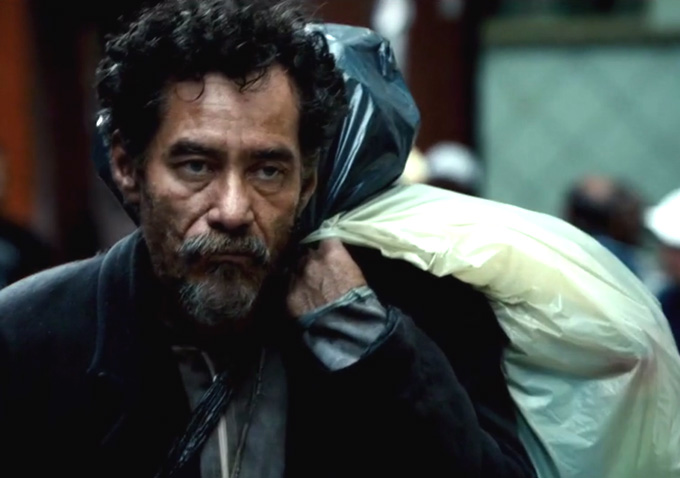 The festival’s one Mexican recipient of a career award, writer-director Guillermo Arriaga, was on hand with “Words with Gods,” a movie in which he and eight other directors contributed short works dealing with religion. Like most omnibus films, it’s a mixed bag. For my money, the best episodes are Arriaga’s dreamily apocalyptic vision of the world inundated by a downpour of blood; Emir Kusturica’s quirky evocation of Eastern Orthodox monasticism (the Serbian filmmaker was also a festival guest); Iranian-Kurdish director Bahman Ghobadi’s witty and surreal exploration of Islam; and Spaniard Alex de la Iglesias’ truly hilarious conflation of gangster-film mayhem and the Catholic confessional.

Besides Hurricane Odile, the festival opened under the shadow of another, even more tragic event, the recent kidnapping and apparent murder of 43 college students in the state of Guerrero, a crime reportedly involving corrupt city officials and a drug cartel. Having visited Mexico regularly over the past 17 years, this writer has never seen anything shake the Mexican public like this crime, an apparent tipping point that’s unleashed a continuing storm of protests aimed primarily at the national government.

At Los Cabos’ opening night, dozens of protestors brandished signs and chanted slogans as guests entered the festival’s principal venue, the Pabillón Cultural. The protests were not against the festival or its participants, I was later told by filmmaker Fernando Frias, but rather a public occasion used for venting the ongoing rage against the government. And inside the Pabillón there were vivid acknowledgements of that anger in both the opening and closing ceremonies, when filmmakers led the crowds in chanting the numbers one to forty-three—a sobering display of mournful solidarity.

The students who disappeared in Guerrero were participating in collegiate political protest, long a tradition in Mexico. It’s a practice that’s also at the heart of the festival competition’s best film, which took home its grand prize on closing night. 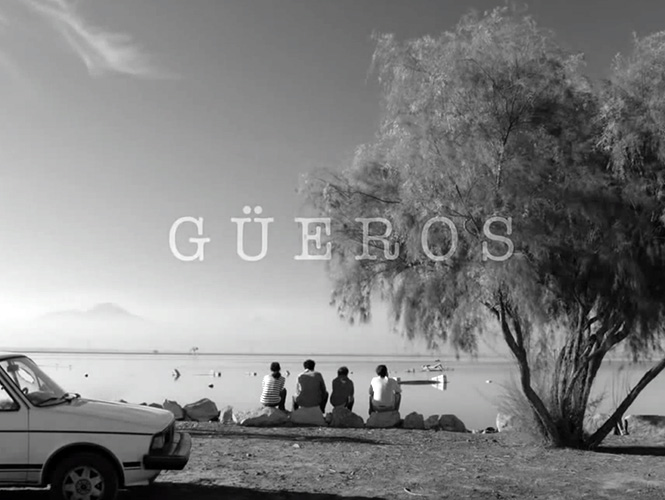 Like “Life Itself” and “Boyhood,” the Mexican feature “Güeros” has been on the festival circuit most of the year. Unlike them, it didn’t start out with the advantage of a director with a well-established name. But Alonso Ruizpalacios’ debut feature has done well for itself nonetheless, picking up prizes in festivals including Berlin, Jerusalem, Lima, San Sebastián and, now, Los Cabos.

Set in 1999, the black and white film starts with a troublesome teen in Veracruz being shipped off to stay for a spell with his brother, who’s in university in Mexico City. Bro turns out to be a consummate collegiate slacker, living in a high-rise dorm, where he steals electricity from a neighbor and mostly just hangs out with his equally disengaged roommate. Soon after the kid arrives, the three set off in a very dubious car in search of an obscure musician whom the brothers’ dad listened to back in the day, a journey that takes them through the fringes of an ongoing student protest, and across diverse corners of Mexico City’s dense sprawl.

Many films that draw comparisons to the French New Wave feel self-conscious, retrospective and imitative. “Güeros” is the rare one that comes off as entirely fresh and original. Its deadpan road-movie comedy, which also brings to mind films by Wim Wenders and Jim Jarmusch, is anchored by solid performances by its young cast, and cinematographer Damian Garcia’s supple, nuanced camerawork strikes me as the best I’ve seen in any film this year.


With its win at Los Cabos capping a remarkable year of captivating festival audiences, “Güeros” deserves to make the leap into theaters internationally. Happily that will happen in the U.S.: it will be released in 2015 by Kino Lorber, a distributor that keeps proving its outstanding taste in international cinema.