The first couple days of Toronto always feature a dozen or so films that earned buzz at festivals earlier in the year like Sundance, Berlin and Cannes. It’s a place for movies like “Call Me By Your Name” and “Mudbound” to build on the raves they earned in Park City, hopefully, for the studios, all the way through awards season. Two films from Cannes, including this year’s Palme d’Or winner, came to TIFF early this year (and others will be reported on in future dispatches) while a Berlin hit finally made its way to North America as well. All three have their merits, although one is more of a notable disappointment than anybody probably expected.

We might as well start there. Going into Michael Haneke’s “Happy End,” I wondered what his last film was that I didn’t like. I can even defend most of his “Funny Games” remake and consider works like “The Piano Teacher,” “Cache,” and “The White Ribbon” to be masterpieces. Perhaps it’s true that any filmmaker we place on a pedestal will eventually fall, and Haneke’s fall here isn’t all that hard, even if it definitely is a fall.

Billed as a quasi-sequel to “Amour,” “Happy End” again finds the writer/director facing mortality but in more of a satirical, humorous way than his heartbreaking, Oscar-nominated drama. Whereas that film addressed the final chapters of life with sincerity and poignancy, this is the more playful Haneke, dealing with how easily loved ones can be vicious and insincere, disconnected by technology that pulls us apart as much as it connects us.

Much of “Happy End” is seen through the eyes of Eve (Fantine Harduin), and it’s telling that we first see through those eyes through a smartphone video. After her mother is hospitalized, Eve has to live with her father (Matthieu Kassovitz), and his wealthy, mostly miserable family. Headed by an ailing patriarch named Georges (Jean-Louis Trintignant), the Laurents are a relatively loathsome bunch, the kind who see Eve as more of a nuisance in terms of their social lives than anything else. Anne (Isabelle Huppert) already has a problem child of her own (Franz Rogowski), she doesn’t need another thing to worry about.

Haneke sprinkles melodrama around the Laurent clan: Eve’s father is cheating on his girlfriend; there’s an accident at a Laurent work site; a pair of Moroccan servants get treated poorly by the Laurents; Georges gets into a car accident that may or may not have been intentional, etc. At its core, “Happy End” is a soap opera, chronicling the ups and downs, mostly downs, of a wealthy European family, mostly through the eyes of an outsider, even if she is technically a relative.

It’s not surprising to see how little sympathy Haneke seems to have for the Laurents (although maybe a little, given what there was in “Amour”), but the cold, calculated look at cold, calculated people leaves “Happy End” with a lack of focus and purpose. Every theme here feels like one that Haneke has explored more interestingly elsewhere, and this time it’s underdeveloped. Eve seems most engaged in the world through the tiny frame of a phone video. OK. What does that say about us or mean in the context of the film? It too often feels like “Happy End” is a bunch of ideas in search of a movie. And while it has undeniably powerful moments—there’s a great scene between Trintignant and Harduin, and Huppert that makes everything better—those moments never coalesce in a satisfying way. 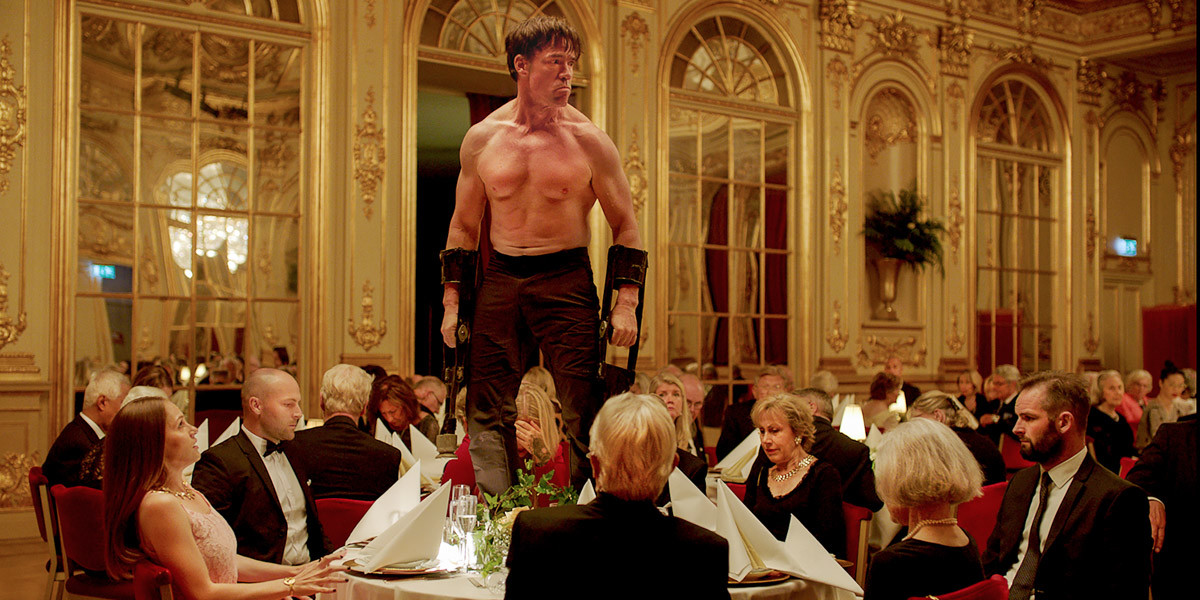 It’s interesting that I could almost say the same thing about Ruben Ostlund’s “The Square,” another film that’s addressing human disconnection through an episodic structure, but Ostlund’s approach is far more satisfying. Whereas it feels like Haneke’s movie is echoing themes explored more interestingly before, Ostlund’s film is building on the director’s previous effort, “Force Majeure,” again looking at masculine responsibility, this time through a lens of confrontational art. And while “The Square” has its episodic qualities, there’s a purposefulness to it, as if Ostlund is throwing out as many ideas as he possibly can and then demanding that you meet him halfway in the conversation that results. In that sense, it’s not unlike the art installations at the museum in which it’s set. For Ostlund, it’s as much about what the viewer brings to the art as the art itself.

“The Square” introduces us to Christian (Claes Bang), the curator of a cutting-edge art museum in Sweden. At the beginning of the film, the current installation consists of piles of gravel and a gigantic video of a man (Terry Notary) pretending to be an ape. Christian and his team are working on a breakthrough installation though, one called “The Square,” in which anyone who enters must be on equal footing in terms of rights and responsibilities. Of course, Ostlund then details a world in which that never happens. The scalpel he takes to the hypocrisy of art is razor sharp. Christian promotes cultural responsibility, but passes by beggars every day. And then the museum creates a video to promote the event that further indicates how far artistic intention can go awry. So many people in this world see art as a cultural commodity or financial investment. How do art, commerce, and our responsibilities to our fellow man intersect?

Clearly, “The Square” is an ambitious piece thematically, and Ostlund takes his ambitions a step further by delivering a purposefully episodic film. Christian meets a reporter (Elisabeth Moss), with whom he has a hysterical fling. An artist (Dominic West) is being interviewed on-stage when an audience member displays a symptom of Tourette’s that seems to be commenting on his work. In the film’s most continuous plot thread, he’s robbed early in the film and does something to get his wallet and phone back that sets off a very unexpected chain of events, again about individual connection and responsibility. Ostlund never pushes the throttle all the way to satire, leaving “The Square” grounded in ways that feel hysterically believable, and he refuses to answer all the questions of the film for you. In that sense, “The Square” sometimes reminded me of later Jean-Luc Godard works—throwing interconnected ideas at you and then letting you draw the connections and come up with the conclusions. It’s a visually striking, well-performed film that some people will adore and others will hate. I suspect it will be divisive, kind of like all great art, and I think that’s exactly how Ostlund wants it. 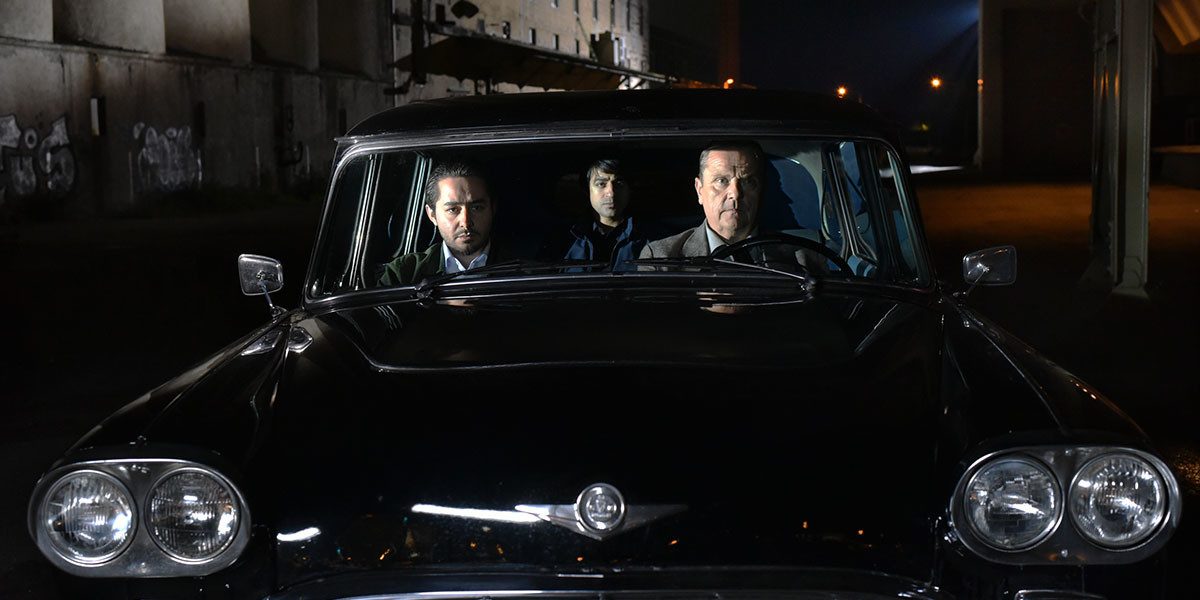 If Ostlund’s voice is being refined early in his career, Aki Kaurismaki’s is one of the most recognizable in the world. A cinephile could watch any two minutes of “The Other Side of Hope,” and recognize it as the work of the director of “La Havre” and “The Man Without a Past.” It has that carefully measured rhythm, and that unique sense of humor, although this time it’s wedded to a timely story that reflects the European refugee crisis, and what feels like a call for kindness and tolerance. The blend is more effective than you might think, for while Kaurismaki’s deadpan sense of humor remains, his humanist side feels more prominent than ever before. Kaurismaki has always loved outsiders, and he seems to be saying that it’s the outsiders that need us now.

“The Other Side of Hope” is the story of two men—a poker-loving salesman named Wikstrom and a Syrian refugee named Khaled. For most of the film, the men are separate. We watch Wikstrom go through normal life, eventually opening a restaurant called The Golden Pint. And we watch Khaled seek asylum, telling horrible stories about his time in Aleppo and his missing sister. After about an hour, the two men are united when Wikstrom helps Khaled escape possible deportation, with the help of The Golden Pint employees. It’s telling that Wikstrom and his employees never seem to question whether or not to help Khaled. It’s just what you do. Kaurismaki’s films have often featured people united by class and circumstance, but here he’s saying that nationality isn’t as important. It’s about who we are, not where we’re from. That’s an important message in 2017. It’s a surprisingly moving film, with one of my favorite last shots of the year so far.