Guillermo del Toro still believes in the magic of movies. He understands, perhaps better than anyone, that we are willing to sign over the expectation of realism if we are enraptured by the emotion of cinema. He has always produced films that work on multiple levels, but his latest, the masterful “The Shape of Water,” which also just won the Golden Lion at the Venice Film Festival, is one of his deepest, most complex, most rewarding, and flat-out beautiful films. It is enchanting and moving, the kind of movie you want to see again the minute it’s over.

Del Toro’s film opens underwater, a camera floating through a light blue world of furniture and photographs that eventually settles to the floor, as we arrive on the waking face of Eliza Esposito (Sally Hawkins). Immediately, del Toro is setting tone—bringing us to the film through a dream-like state in a way that makes it clear this is a fairy tale that won’t necessarily play by the rules of everyday realism. Adding to this sense of magic is the fact that Eliza lives above an old-fashioned movie house, and spends her days watching classic films with her kindly artist neighbor Giles (Richard Jenkins). She spends her nights working the cleaning crew at a top-secret facility with her friend and co-worker Zelda (Octavia Spencer). Late one night, the operation brings in an “Asset” that looks like a modern variation on The Creature from the Black Lagoon. Played by Doug Jones, the Asset is a fascinating cinematic creation, unable to speak, but clearly able to feel and eventually communicate. Eliza, who happens to be mute, forms a relationship with this fellow outcast, while the evil Strickland (Michael Shannon) refuses to see it as anything more than a creature to be analyzed and abused.

On one level, “The Shape of Water” is a lovely romance, an ode to a pair of beings cast aside by an indifferent world, and it has a heartfelt undercurrent that works from first frame to last. However, this is no mere whimsy experiment. Del Toro is working in a deeper register than you may first expect, imbuing the story with political subtext and honest stakes. This is a grown-up film with violence, sex, and danger. It is a movie with something important to say about how the dreamers, artists, scientists, and cleaners of the world will be its revolutionaries, and the people more likely to do what’s right than those in charge.

And then there are del Toro’s gifts with composition and performance. By now, we shouldn’t surprised that “The Shape of Water” looks amazing. There’s not a detail unconsidered or design element unrefined. The ensemble is uniformly incredible as well, especially Hawkins, who gives one of the best silent performances in film history. Her work helps tie this movie to a lineage of classic filmmaking we don’t often see anymore, in which composition and physicality mattered more than the almighty dialogue. Given my love for its filmmaker, I may be too close to this project to see its flaws, but I don’t think I’ll be alone in considering it a masterpiece. 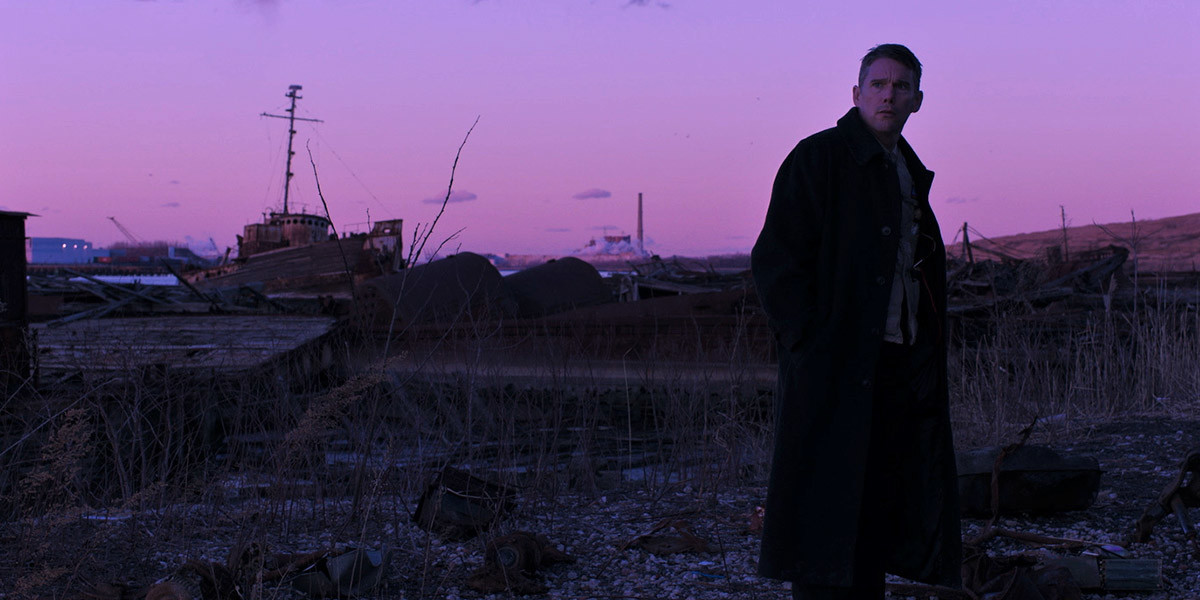 While my response to “The Shape of Water” may be relatively predictable, I was stunned by how strongly I responded to Paul Schrader’s “First Reformed,” the writer/director’s best work in a very long time. The writer of “Taxi Driver,” “Raging Bull,” and “The Last Temptation of Christ” is having a crisis of faith, examining personal issues of religion in a way that he hasn’t done in a very long time, and doing so in a style that feels very European. This movie has drawn comparisons to Bresson, but it also reminded me of Ceylan in its long chapters of theological dissection and refusal to offer viewers the typical crutches that most movies provide. It gets a little crazy in the final act—although I can’t wait for people to dissect the ambiguous ending—but there’s so much to like here.

The always-great Ethan Hawke plays a chaplain named Toller at the titular First Reformed Church, a small place seen more now as a tourist stop than a house of God. One of his flock, Mary (Amanda Seyfried), comes to him asking for help with her husband, Michael (Philip Ettinger). The young couple are about to have a baby, but Michael, recently turned into an extreme environmental activist, doesn’t want to bring life into a dying world. He’s convinced that the species will be extinct in his child’s lifetime. How could you purposefully do that to someone? The conversations shake Toller, who is also writing a journal for a year, putting his thoughts on paper in a way that seems to amplify and intensify his internal conflicts.

“First Reformed” is a deeply theological film. Toller says, “Wisdom is holding two contradictory truths in our mind at the same time: hope and despair.” But what happens when the latter greatly outweighs the former? The world is ending, disease is destroying your body—how does one maintain hope? And how does one proceed when faith seems to be inadequate. We’ve been taught that godliness and prosperity aren’t linked, but it can be increasingly difficult to maintain belief when your world is coming down. And for Toller, even worry is wicked. Doesn’t anxiety indicate doubt in the Lord? This is a film of fascinating conversations, anchored by Hawke’s completely genuine performance. Some of Schrader’s directorial choices are questionable, but I really want to see this film again, and it’s a piece that I can’t wait to read people's writing on it. It’s the kind of work of art that seems like it could inspire fantastic conversation. We need more movies like it. 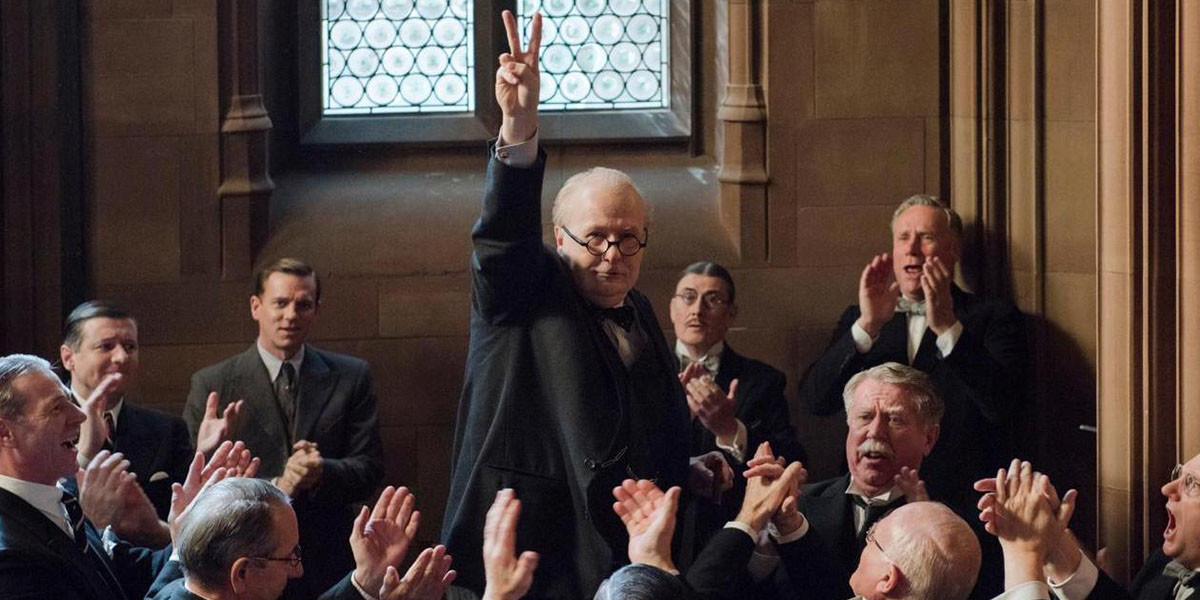 Oh, a lot of people will be talking about Joe Wright’s “Darkest Hour,” but it will be more in the context of awards season than philosophical debate. By now, you’ve probably heard that this is the movie that’s finally going to get the long-waiting Gary Oldman his first Oscar. In it, he plays Winston Churchill, complete with heavy make-up and well-done accent. It is a blustering, powerful performance that will win awards and get attention. But the film around it did too little for me, coming off cool when I wanted it to burn with anger, and stuffy when I wanted it to breathe with realism. It’s an acting exercise weighed down by costumes, make-up, and over-lighting that has a few things to say about the backbone of a great world leader but nothing you haven’t really heard before.

Wright’s entire film takes place in May of 1940, a month that would see Churchill take the Prime Minster job from Neville Chamberlin just as Nazi Germany was on the doorstep of the United Kingdom. Much of “Darkest Hour” consists of the debate with the British empire over fighting back against the Nazi attack or trying to negotiate peace with them. Churchill is against negotiations, but he faces pressure to capitulate as the war gets closer and closer. This film is almost a companion to “Their Finest” and “Dunkirk,” as it too focuses heavily on evacuation at the French beach.

All the themes of WWII political drama are here, including the burden placed on leaders who must send young men to die and the awareness that the only way to fight true evil is with everything you’ve got. But it’s all delivered with extensive speechifying and stuffy filmmaking. The movie never came to life for me, allowing me to admire Oldman’s work (and that of Ben Mendelsohn as King George) but never connecting in a visceral way. In that sense, it felt like a history lesson. Sure, it’s kind of an interesting chapter to learn about again, especially given the current need for great leadership in the world, but there’s nothing new to the approach. It feels often like an obligation—a story that someone felt should be told again and a way to get a great actor his Oscar.