Wimbledon 1980 was a landmark event in sports history. Bjorn Borg was one of the most famous athletes in the world, and he was the favorite to win the biggest tennis tournament there is for the record-breaking fifth time in a row. Known as the iceman of tennis, Borg never lost his cool and had rituals on top of rituals to improve his chances of success. Along came his temperamental opposite, the lightning rod that was John McEnroe, as likely to throw a tantrum on center court as win a match. As McEnroe rose through the tennis ranks, it became almost inevitable the two would meet at Wimbledon, and the resulting match was one for the books—the kind of thing you don’t forget if you were there. Sadly, the movie that premiered today about Wimbledon 1980 is eminently forgettable. TIFF Opening Night film “Borg/McEnroe” fails to turn its title characters into three-dimensional people, leaning into their public personas instead of sketching in the details that would make them feel genuine.

One of the announcers in the Wimbledon scenes of the film—a group that is constantly reminding us of the difference between the two players, just to make sure you get it—calls the opponents “Ice Borg vs. Super Brat.” That may have made a more accurate title for the film because it’s about as deep as director Janus Metz and writer Ronnie Sandahl get with these sports icons. The real shame is that there’s a very strong performance buried in the sports clichés about abusive parents/teachers and the fact that great athletes have to be borderline insane to commit the way they do to their craft. Shia LaBeouf plays John McEnroe as a man-child who is still really trying to impress his horrible parents (his mother admonishes him for only getting 96 out of 100 on a test as a child). He charts out the way that he expects Wimbledon to go on his hotel room wall and refuses to talk to an opponent before a match, even one who is a close friend. It’s a coiled, interesting performance from LaBeouf, and it’s by far the best thing about the movie.

McEnroe’s superstitions are nothing compared to Borg’s, played solemnly by Sverrir Gudnason. Keeping his room cold enough to make sure his resting heartbeat is close to 50; obsessively checking the tension of his rackets; making sure he has the same apartment and same car every Wimbledon—Borg here is as obsessive as he is committed. We get glimpses of why in flashbacks to his training (with a former Wimbledon player and mentor played by Stellan Skarsgard) but only glimpses. Borg was once emotional like McEnroe, but basically had it trained out of him, forced into the “Ice Borg” persona. What did this do to him as a person? Why did it work so well? We never get to know Borg—he’s as much as an enigma as he was to people back then, seeing only the obsession and not the person underneath. The movie does almost nothing to enlighten us beyond the broad sketches of these two men.

Worst of all, Metz tries to overcompensate for the thinness of the script with filmmaking tricks. Every slam of the ball sounds like a gun shot and tennis matches are edited with the hyperactive attention span of a bad Guy Ritchie movie. The sense that Metz had to add so much flash to “Borg/McEnroe” further indicates how much his film is just telling the wrong story. When you’re not really invested in one of the greatest sporting events of all time because you’re noticing the in-your-face direction, something has gone horribly wrong. Bjorn Borg and John McEnroe were about nothing but tennis. The film about them buries the very sport they revolutionized in cliché and sizzle. 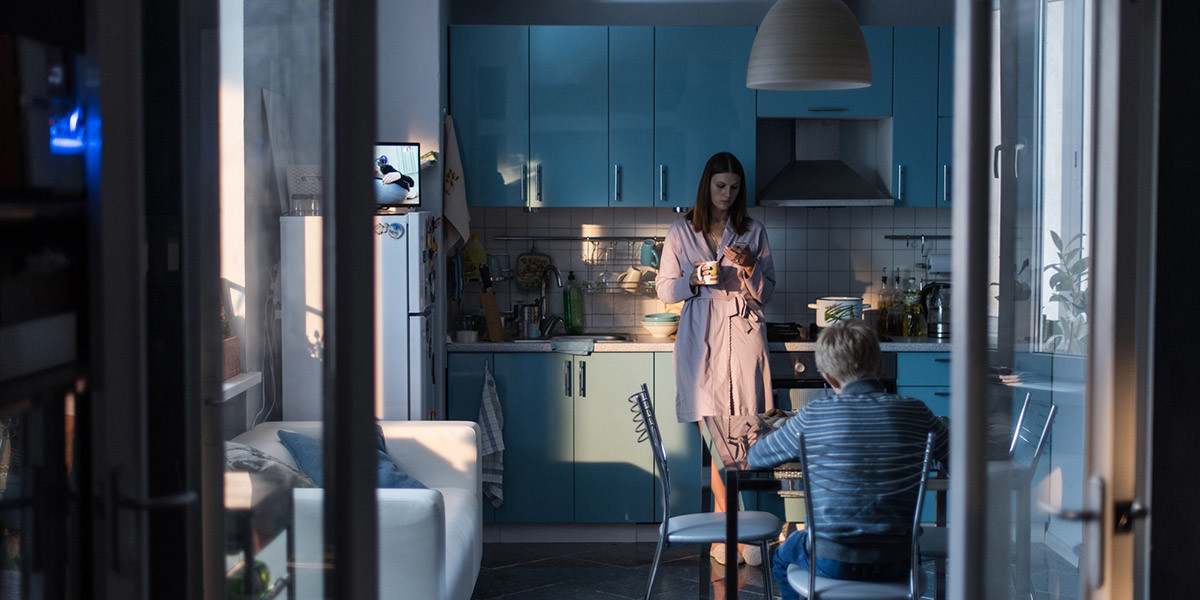 On the other end of the spectrum in terms of modulated filmmaking is the latest from Andrey Zvyagintsev, the Russian director of “Leviathan” and “Elena.” Having premiered at Cannes, it made its North American premiere at TIFF today, and it’s a heartbreaking piece of work, an examination of a young life falling through the cracks of a selfish world. “Loveless” is a family drama that turns into a procedural, both presented with Zvyagintsev’s remarkable attention to detail and eye for composition. It’s a visually mesmerizing film, even as it captures a nightmarish situation.

At first, “Loveless” is a study of the atmosphere of divorce. We meet salon owner Zhenya (the excellent Maryan Spivak) and salesman Boris (Alexei Rozin) near the end of their union. There is no sense that this will be a film about reconciliation. They hate each other, and have already moved on to other partners—in fact, Boris’ new girlfriend is already pregnant and likely to become his new wife as soon as the divorce is finalized (or Boris risks losing his job, believe it or not, as his boss frowns on single men as employees). The two fight viciously and cruelly whenever they’re together, and it is after one of those fights that Zvyagintsev cuts to a figure in the doorway in the other room, Boris and Zhenya’s 12-year-old son Alexey (Matvey Novikov), weeping in a way that shatters your heart.

One morning, after a long night with her lover forces her to sleep in late, Zhenya gets a call from Alexey’s school. He never showed up. And he might not have been there the night before either. Zhenya didn’t check when she got home. From here, “Loveless” becomes a procedural about how Russian officials investigate missing children, and how Boris and Zhenya are torn apart from the inside, as well as a commentary on how much of the world is detaching from one another, favoring phones over actual communication. Most of all, long scenes of searching for Alexey produce an increasingly desperate sense of loss. There’s a sequence of Boris searching a worn-down building they think Alexey may have been squatting in that’s one of the best cinematic metaphors for divorce I’ve ever seen—a place that clearly once held life and happiness but is now decrepit and unstable. And a place where a child can get lost. This is a tough film, but it might also be a great one. 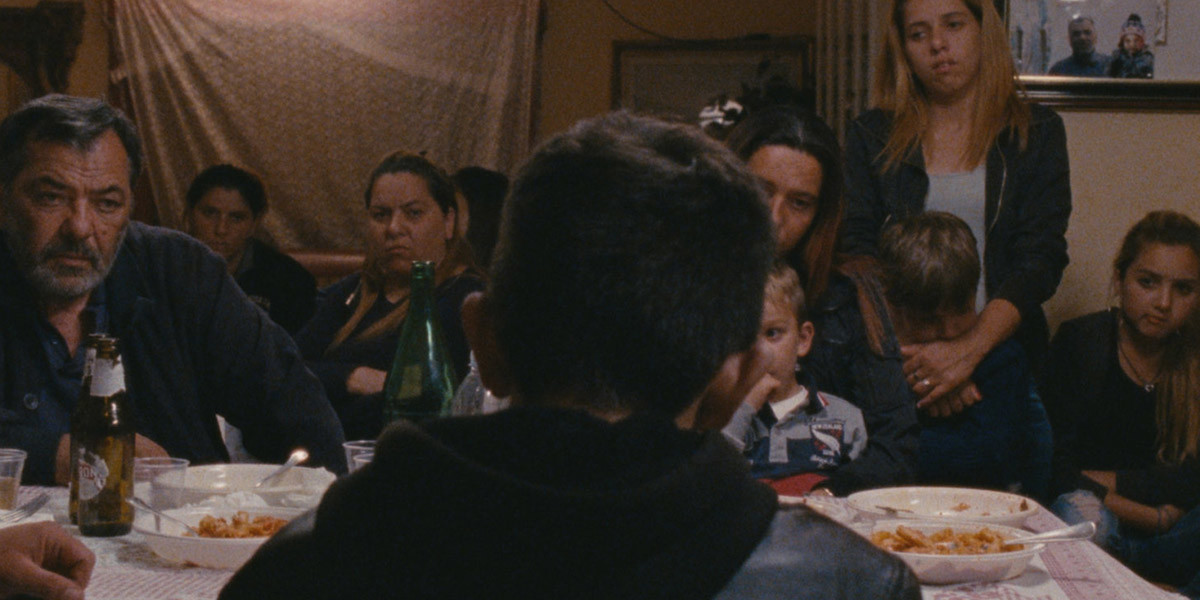 Another portrait of lost childhood comes in Jonas Carpignano’s “A Ciambra,” a very regionally specific film from the director of “Mediterranea.” In fact, this follow-up expands on a character from that movie, the young Pio, played by a non-actor named Pio Amato. Pio’s family here is also almost entirely non-actors, and his actual family. That’s how much Carpignano seeks verisimilitude, capturing a part of the world not often seen in film with such loving attention to detail that it borders on non-fiction filmmaking.

Of course, what happens to Pio is fiction—it’s just the setting and the people there that feel more genuine than usual. Pio’s brother Cosimo lives on the edge of illegality, performing small crimes to support the family. When he goes away to jail, Pio, even though he’s only 14, feels like he has to take that title, becoming a man at too early in age. “A Ciambra” is essentially a coming-of-age story although Carpignano is careful not to play any of the beats in maudlin, melodramatic ways. We know Pio is going to make some bad decisions—every 14-year-old does—but this is a film that takes its time and earns its narrative twists gradually. Some might argue too gradually—I wanted a little more urgency at times—but this is a director with a real gift for time and place, who knows how to capture the people there in a way others simply couldn’t.