Five films from disparate corners of the world premiered at TIFF this week, including arguably the best work from a master and a performance from Mads Mikkelsen that must be seen to be believed. There’s also a tight thriller from the son of an Oscar-winner and a title that made waves for being a single-take endeavor actually captured in one shot. Lastly, there’s a character drama that’s just not quite thrilling enough to work despite a decent effort at the genre.

Let’s start there. “The Ardennes” has made some waves here at TIFF, buoyed by a bidding war for distribution in some markets and a solid response after its premiere. Robin Pront’s take on Cain & Abel is a confidently made piece of work that nonetheless feels overly familiar. We’ve been to “The Ardennes” before and gotten more out of the trip. The final act here almost works, although it takes too long to get there.

Honestly, the most memorable image in “The Ardennes” might be its first one, as a masked man emerges from a backyard pool. The man is Dave (Jeroen Perceval), and he has clearly just committed a crime. He’s panicked, and running. He jumps into a car with a girl who we will learn is named Sylvie (Veerle Baetens), and she asks where Kenny (Kevin Janssens) is. Dave had a partner, and he got caught. He swears there was nothing he could too, but this event, which technically takes place before the film starts, will ripple from first frame to last like the water Dave pushed from the pool.

Four years later, Kenny is getting out of prison. Dave has changed, even taking up with Sylvie. He wants to go straight and keep his new relationship secret from Kenny; a lot can happen in four years. But for Kenny, nothing has really changed. He’s been in stasis, waiting to return to a girlfriend and brother who are basically completely different people now. It’s a common set-up for a dark thriller—the old relationship who tries to bring a reformed criminal back into the life he’s left—and so the success or failure of “The Ardennes” comes down to the execution.

“The Ardennes” is a slow-burn gangster movie. Debut director Robin Pront takes an awfully long time—too long, actually—to get to his inevitable confrontations, and then his film is done. The third act is incredibly strong, it's atmospheric, engaging, and makes the film, it just sometimes feels like it’s taking absolutely forever to get there. 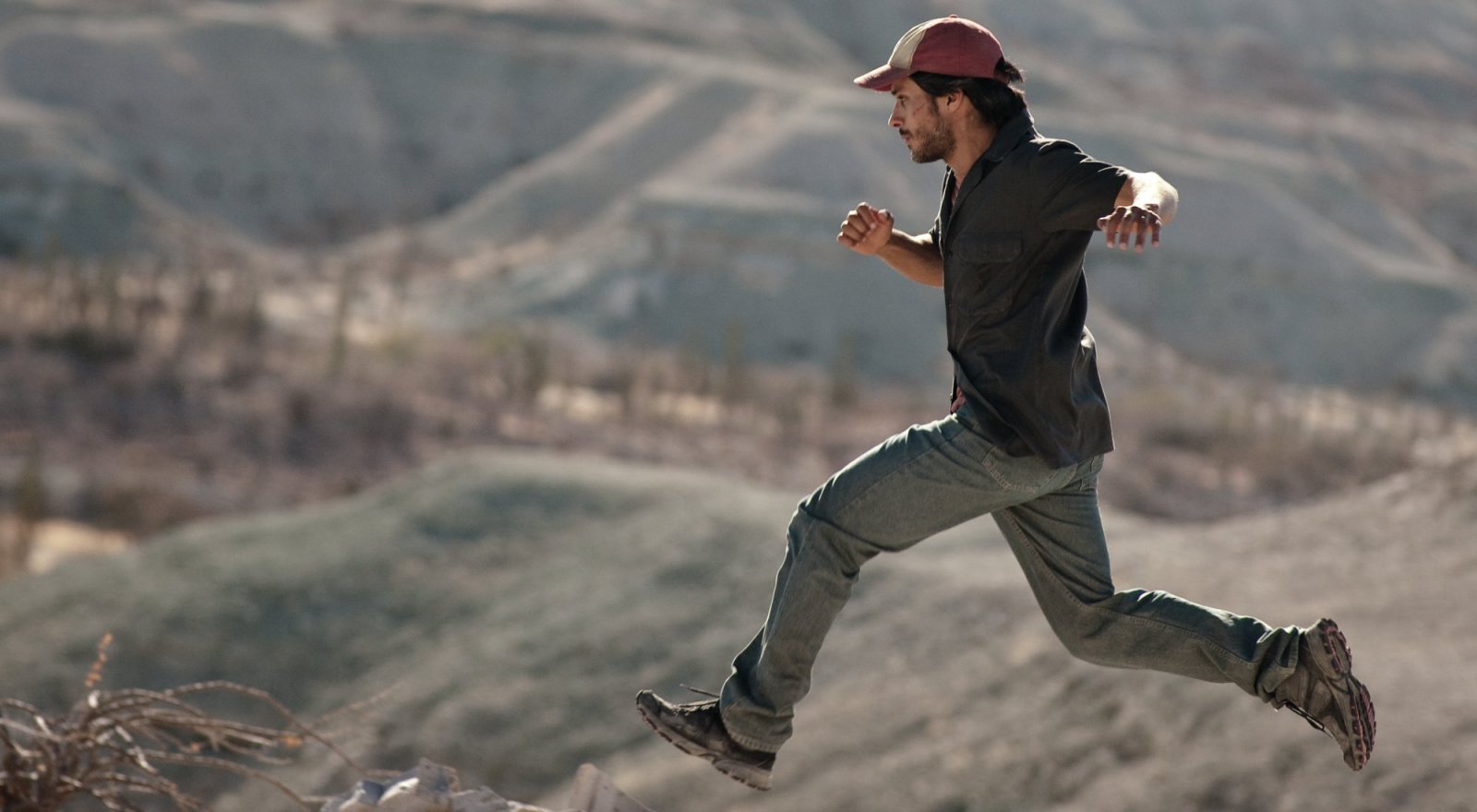 Another journey of a very different kind is chronicled in Jonás Cuarón’s “Desierto,” starring Gael Garcia Bernal and Jeffrey Dean Morgan. The co-writer of “Gravity” and son of Oscar winner Alfonso Cuarón ratchets up the tension with a slick, lean cat-and-mouse thriller centered on the timely issue of immigration. Bernal plays a man named Moises who is part of a group of men and women trying to cross the border from Mexico to the United States. After the truck in which he’s riding breaks down, Moises and his crew have to cross a desolate area of the Sonoran Desert known as The Badlands. As if the elements weren’t deadly enough, they are suddenly targeted by a sociopath named Sam (Morgan), who shouts things like “This is my home!” as he shoots illegal immigrants with a sniper rifle or sicks his dog Tracker on them. Sam knows the landscape. And he wants Moises and his new friends dead.

For a lean 94 minutes, “Desierto” has a direct, impactful structure. It is refreshingly simple—a tale of survival against a madman who thinks he has the right to hunt people because they’re illegally crossing a border that he basically now patrols. Moises has to be both lucky and brilliant to stay alive, and cinematographer Damián García captures the heat and intensity of his desolate terrain. Cuarón overuses a score that actually gets so intense that it distracts from the realism of the action on display, and he falls into a few traps of movie logic, like the fact that Sam can hit moving targets from a mile away, but misses Moises when he’s standing still. “Desierto” could have also used one more narrative turn. It feels a little thin for a feature film, but it’s way better than last year’s cat-and-mouse desert thriller, “Beyond the Reach.” So, credit for the improvement. 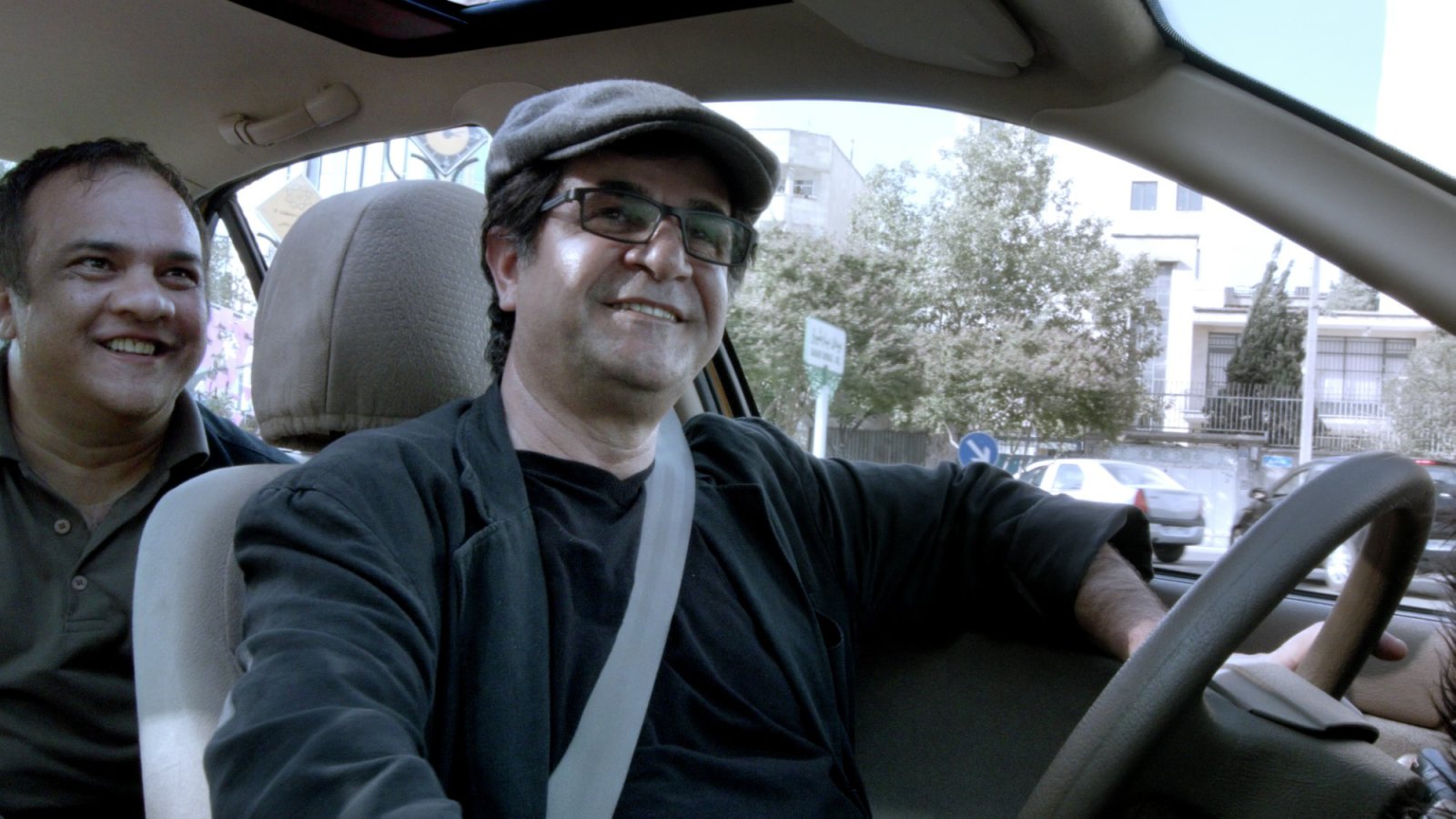 Speaking of improvement, “Jafar Panahi’s Taxi” is a daring excursion for the internationally renowned filmmaker who has been under house arrest since 2010 for “propaganda against the Islamic Republic.” Not only could Panahi not leave his home, but he could not make a film for twenty years. This is his third film since, and his most ambitious to date.

Unlike “This is Not a Film” and “Closed Curtain,” “Taxi” sees Panahi leaving home. The film takes place almost entirely within a cab that Panahi drives around the streets of Tehran. At first, “Taxi” feels like a documentary, and it’s designed to be taken as one at least initially. But one soon realizes that the passengers are actors and the exchanges are scripted, which makes it all the more remarkable. Panahi has essentially shot a film not just in Iran, but all around the city, right in front of the people who have told him he could not. And he’s made a film that is very symbolically about his own situation, and the inability of government to repress art. It’s not coincidental that one of Panahi’s first customers offers him bootlegged films. There’s no stopping film from reaching its audience.

For the most part, it’s thematically dense and light on its feet at the same time, but “Taxi” gets a bit repetitive and when Panahi picks up his “niece,” who becomes little more than a mouthpiece for the filmmaker. However, this is a minor complaint—she’s a pretty damn interesting mouthpiece. And I have to admit that when Panahi actually got out of his cab at one point, I gasped. Here’s a man defying the Iranian government on camera, and trusting viewers with his act of defiance. One of his final passengers says something that is so essential not just to Panahi’s vision but the purpose of art entirely—“This is for the people of cinema because the people of cinema can be relied on.” So can its best filmmakers. 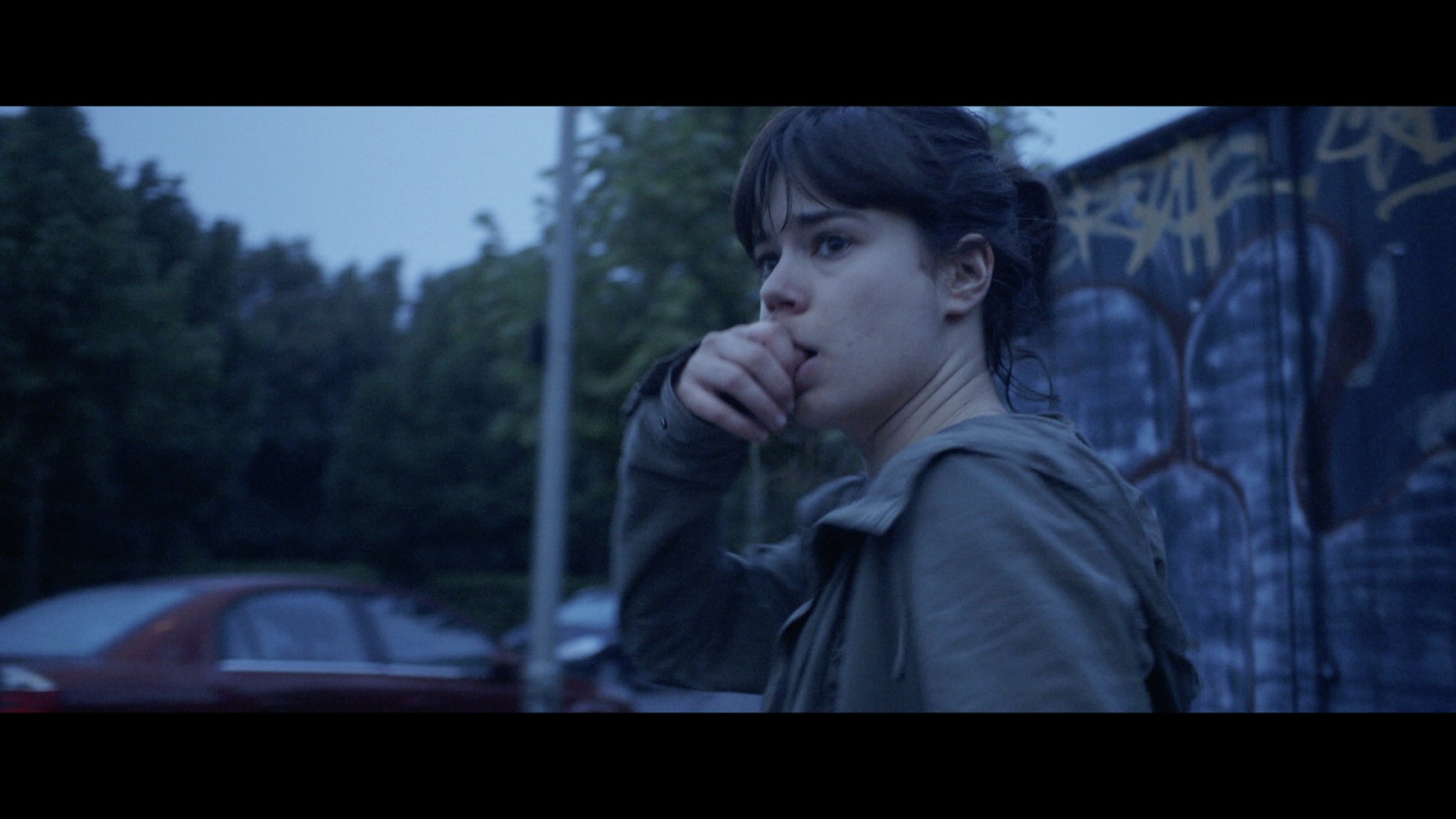 As much as “Taxi” is a formal experiment, it’s nothing in that department compared to Sebastian Schipper’s “Victoria,” this year’s winner of the Silver Bear for Outstanding Artistic Contribution at the Berlinale. Eat our heart out, “Birdman.” For over two hours, Schipper and his crew employed one take. No cuts. No second chances. They reportedly did the entire film only a few times, picking the best cut. And this is no “My Dinner with Andre.” The film jumps around Berlin at night, turning into a heist film unexpectedly. It’s intense and fascinating, even if the second half strains logic and loses a bit of steam by the time the film ends.

The main reason to see “Victoria” isn’t even the single-take aesthetic, it’s the work of Laia Costa as the title character. She’s a young Spanish student living in Berlin, who we meet in one of the city’s famous clubs. She’s on her own, just trying to have a good time. She spots a cute guy named Sonne (Frederick Lau), and the two strike up a flirtation. Sonne has a group of “bros” who seem like nice guys, but generally get out of the way of Victoria and Sonne’s dynamic. The first half of “Victoria” features some wonderful conversations between the two beautiful young people, especially one in a café in which she works.

And then “Victoria” swiftly changes gears from “Before Sunset” to “The Heist.” One of Sonne’s buddies gets passed-out drunk and it turns out that Victoria will have to fill in for what the guys had planned later that night. She needs to be a getaway driver. This “second film” isn’t as interesting to me as the first—all the characters are shockingly dumb when it comes to criminal activity—but there’s still some daring filmmaking, and that great performance from Costa always grounding the entire piece. 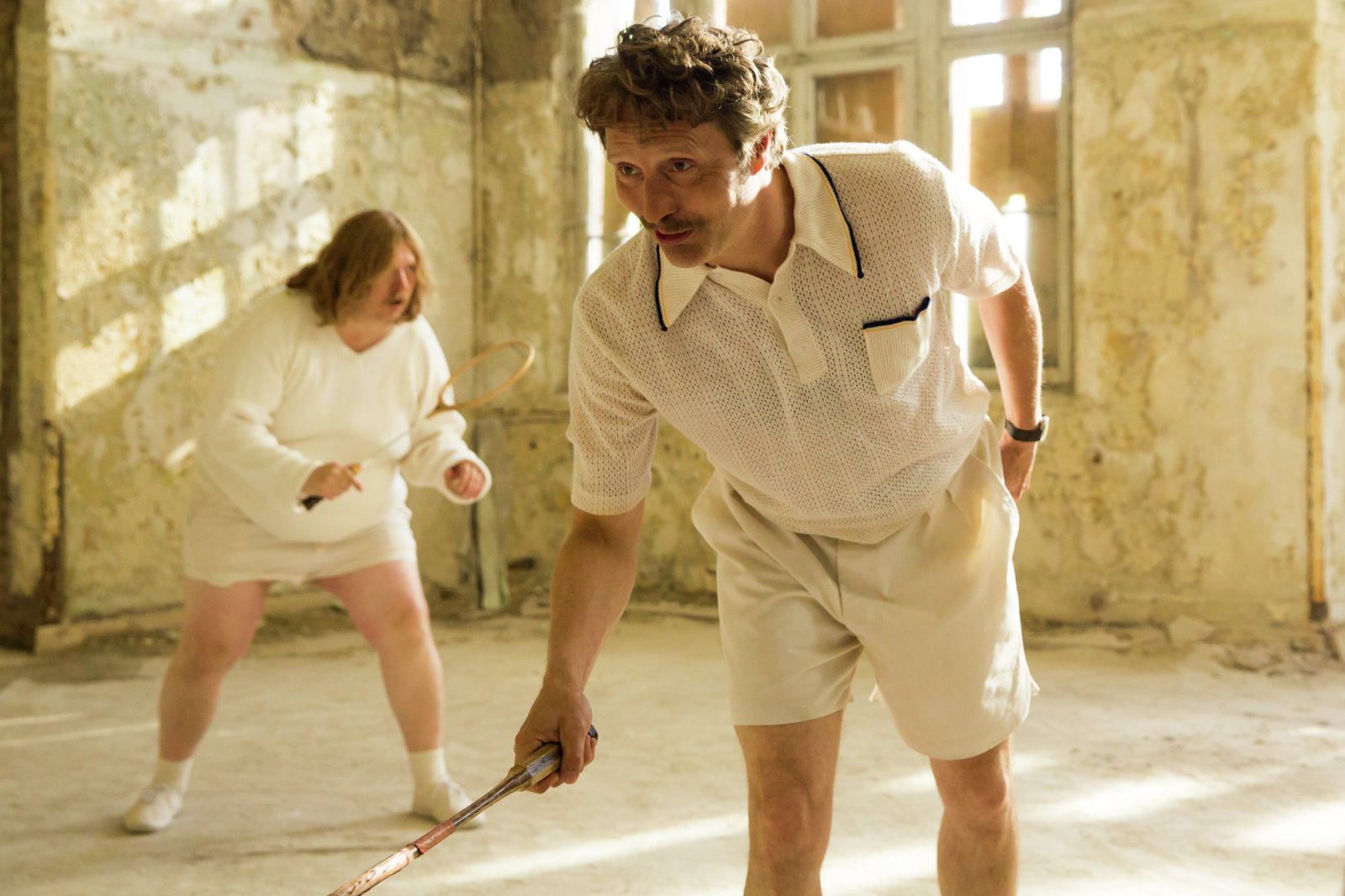 There’s no way to easily segue to the final film of this dispatch, the truly bizarre “Men & Chicken,” a hybrid of The Three Stooges comedy and the lunacy of “The Island of Dr. Moreau.” A nearly unrecognizable Mads Mikkelsen ditches his “Hannibal” fashion sense and dons a fake wig, mustache and crooked teeth. He plays Elias, a misanthropic freak who needs to masturbate several times a day and generally abuses his kinder brother Gabriel (David Dencik). The two learn that their father was not who they thought he was, and set off on a quest to find the truth about their family.

The journey takes Elias and Gabriel to a rundown house occupied by three men who they discover are their brothers. These men are borderline insane, first attacking Elias and Gabriel with enough force that it cripples the latter. What the hell is going on in this house? Why can’t they see their dad? Written and directed by Anders Thomas Jensen (co-writer of Susanne Bier's “In a Better World”), this comedy kind of loses its way in the middle. It loses focus not unlike its characters, but I giggled a lot more than I expected (Elias likes to rip on everyone, even legends like Einstein, who “struck luck. He won the Nobel Prize in 1921, the lamest year in Physics”) and the whole venture is so bizarre that it’s impossible to entirely dismiss it. You really should see it just for Mikkelsen’s completely committed and totally against type performance. As usual, he’s awesome.