Ellen Page is having quite a Toronto International Film Festival, appearing on the red carpet for the premiere of “Freeheld” and then doing it all over again for the premiere of “Into the Forest.” I have to say, it’s nice to have her back. Her performance in each film is the best thing about each film. Sadly, what she brings to these dramas is undermined by decisions made by others, including a weak script, visually flat framing and formless direction. There are two lessons to be learned here: 1.) Ellen Page should be in more films. 2.) That doesn’t mean the films will automatically work.

The better of the two is Patricia Rozema’s “Into the Forest,” a tale of survival over impossible odds that becomes an allegory for how the human spirit can overcome unimaginable adversity. Whether it’s the loss of a parent, physical violence or an uncertain future, Rozema’s film presents characters who persevere. Thematically, that makes for an engaging film, and the three central performances are strong, but she kind of writes herself into a corner and the film doesn’t quite get out of it. It also doesn’t feel like it has a confident enough hand behind the camera guiding it through some of its trickier passages. It lacks the urgency it really needed to be thrilling on a visceral level instead of just thematically interesting.

Nell (Page) and Eva (Evan Rachel Wood) are sisters, the children of Robert (Callum Keith Rennie). The three live in a gorgeous house deep in the woods, far away from civilization. We learn it would take three days just to walk to town. We learn this because it becomes a pressing question when the power suddenly goes out. Before losing battery life, the trio learns that they are not alone. In fact, everyone, possibly everywhere, has lost power. Some sort of grid accident is blamed at first, but Rozema, working from Jean Hegland’s novel, doesn’t turn “Into the Forest” into a “what happened” piece as much as a “what do we do now” one.

Tragedy strikes Nell and Eva, leaving them alone with dwindling supplies and growing antagonism. Eva is a dancer, and she feels like she might literally go insane if they don’t use some of their little fuel to power the generator and hear some music, even just for a few reaffirming minutes. Nell is more practical, realizing that every drop of fuel may be needed in the case of an emergency. Of course, the outside world eventually finds its way to Nell and Eva, as well as intense violence, but their bond actually seems to become stronger as the trappings of the real world fade into memory.

Watching her work here and in “Freeheld,” one notices something about Ellen Page—she’s always remarkably present. You can see her listening, thinking and responding to her fellow actors and the situations that confront her. She doesn’t seem forced. Wood is typically strong as well (she’s an underrated actress), but it’s Page’s journey from what almost feels like a teenager to the de facto leader of the house that I find the most interesting. Still, “Into the Forest” remains a near-miss despite the strong work by its two leads as, and this could be a flaw of the source material, it starts to feel unfocused and directorially thin. However, I wouldn’t be surprised if other people see enough in these two performances to feel otherwise. 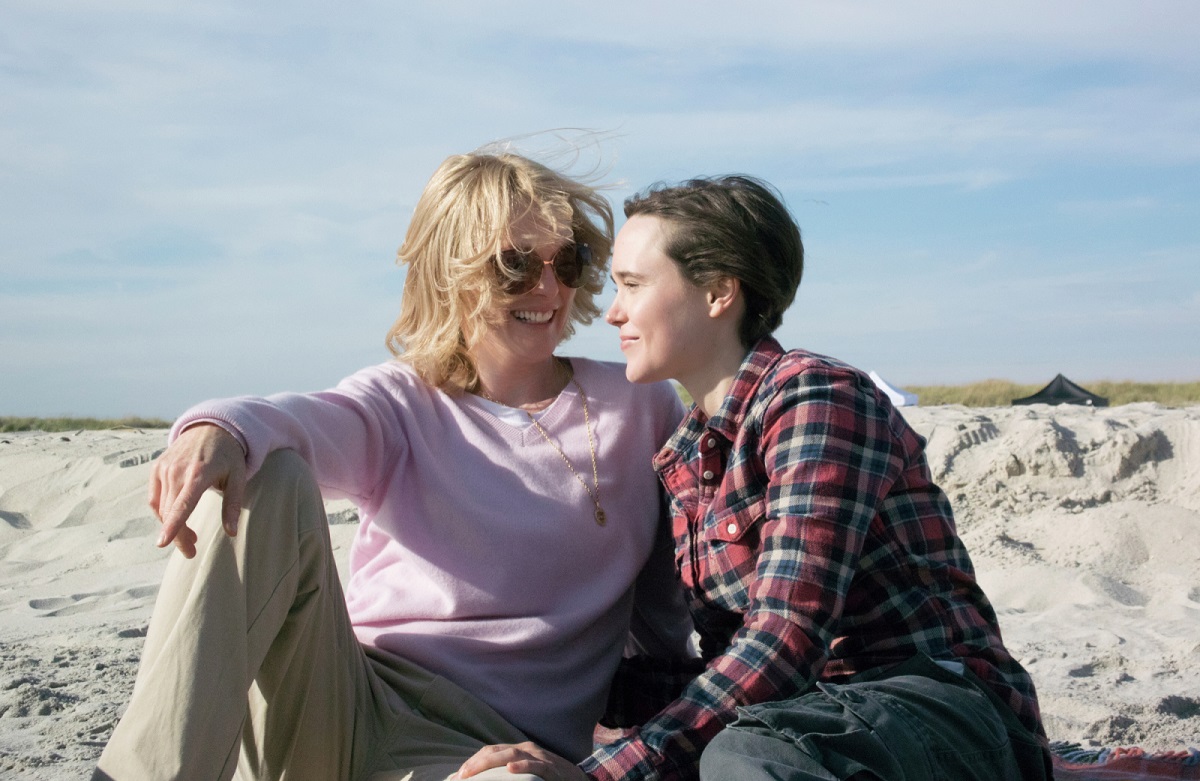 I had a similar response to “Freeheld,” another TIFF drama with two solid performances that’s even more let down by lackluster direction, minimal ambition and screenwriting flaws. Again, Page is a stand-out—so much so that it almost makes you hate the final act of the film more as she’s pushed further into the background of a piece in which she should be one of the leads. The other striking performance in “Freeheld” comes from Michael Shannon, another actor always SO genuinely in the moment that he’s incapable of delivering a false performance

Sadly, neither Shannon nor Page are really the lead of “Freeheld.” Julianne Moore’s Laurel Hester should be the lead of “Freeheld,” but she’s not really either. While Ron Nyswaner’s script pays a lot of lip service to the theory that this film is about the people caught up in a legal issue and not the issue itself, that is precisely where it fails, as Laurel and her partner Stacie (Page) are pushed into the background of their own story in favor of heated government hearings and an exaggerated performance from Steve Carell. A “Freeheld” that never really left Laurel and Stacie while dealing with an amazing legal injustice would have worked, as would a film that focused more on Shannon’s character Dane Wells. Peter Sollett chose not to make that film.

New Jersey cop Laurel Hester was a closeted lesbian, afraid of how her fellow officers would respond to her sexuality. As presented in “Freeheld,” she was also a damn good cop, a loyal partner to Officer Wells, who knew nothing of her sexuality. When Laurel met Stacie, she fell so hard in love that she couldn’t hide it anymore. She moved in with Stacie, and the two began a life together, which was tragically cut short when Laurel was diagnosed with Stage IV cancer. Hester asked that her pension benefits be transferred to Stacie, but her request was denied. With support from Wells and a gay rights activist played by Carell, Laurel fought the system, earning what Stacie always deserved.

Clearly, there’s a lot of story here to tell, but I’ll never be convinced that turning it into a procedural—we spend an amazing amount of in council meetings and with ineffective, homophobic councilmen—was the right call. We don’t need Josh Charles’ character, the one guy on the council who knew what they were doing was wrong, and yet he gets more screen time in the final act than Hester. That’s just silly. And I’m tired of films with no visual language at all. This too often looks like a Lifetime movie. Again, a great Page performance in a mediocre film. Let’s hope this one-two punch from TIFF connects in such a way that it gets her what an actress of her caliber deserves: better scripts.