Every day at Cannes, a great volume of promotional emails pours into my in-box, because every day is about selling something in this convention town, whether it’s a film or a product. The pitches range from businesslike to bizarre and hilarious or just downright go-figure. For instance, take this email blast from one particularly notorious distributor/producer: “Troma Entertainment to hold secret screening of Lloyd Kaufman’s ‘Return to Nuke 'Em High: Volume 1.’” Make that secret as in “secret.” The date and time for this opus about glee club mutants was prominently posted in the profusely illustrated missive.

How about this one: “Re-create the Cannes Film Festival opening night gala dinner menu,” complete with photos and recipes, courtesy of Electrolux (don’t they make vacuum cleaners?). Yes, you too could eat what Steven Spielberg, Leonardo DiCaprio, and Nicole Kidman had for dinner last Wednesday night if you have the patience for these recipes. The entrée, “white sea-bass cooked with rhubarb and celery, light-green apple broth, cinnamon leaf and green anise,” calls for eight stalks of rhubarb and a cup of Granny Smith apple juice, among other things.

Today did not start out well, and I should have known that the worst lashings of rain yet were a bad omen for a morning of dud screenings. Even shopkeepers around here casually mention climate change as they lament the bygone years of an all-sunny festival. 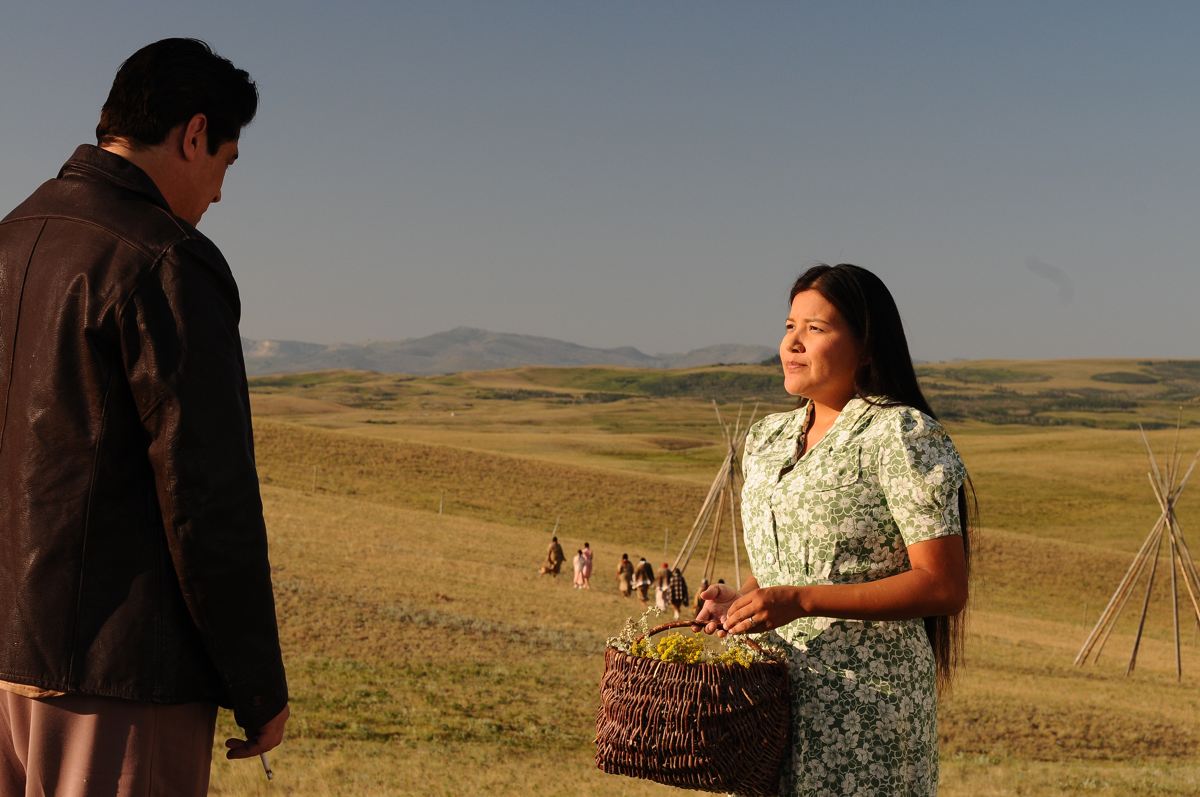 What could possibly go wrong with “Jimmy P: Psychotherapy of a Plains Indian,” a new film by Arnaud Desplechin ("A Christmas Tale") starring Oscar-winner Benicio Del Toro and French mega-star Mathieu Amalric? Well, just about everything, in fact. Adapted from the book “Reality and Dream” by controversial French-Hungarian anthropologist and psychoanalytic researcher Georges Devereaux, this Palme contender is a very strange amalgam of well-intentioned bio-pic, buddy-bonding drama, and misconceived off-kilter comedy.

The film is set in Topeka, Kansas, in 1948, where Native American WWII veteran Jimmy Picard is brought by his sister to a military hospital, exhibiting symptoms including temporary blindness, hearing loss, and debilitating headaches, possibly owing to his wartime head injury. After a battery of tests, he is found to be in perfect health physically, yet clearly suffering. The staff specialists confer, and decide (whew, I kid you not) that maybe his problem is just being an Indian. Since they’ve never before treated one of those, they’ll call in a renowned anthropologist/psychologist with an expertise in native cultures.

Enter Amalric as Georges Devereaux. Up to this point, “Jimmy P.” is a straightforward, if awkward, serious drama. The appearance of Devereaux heralds the introduction of a wacko farcical tone, with little comic bits constructed around his character. We get that the doctor is supposed to be an eccentric who’s been transformed by his passion for Native American wisdom and knowledge, but Amalric plays him as a goofball with a bug-eyed I’m-on-drugs intensity.

A process of analysis ensues, with Jimmy P. admitting that he’s not so familiar with the traditional ways of his ancestral culture, and Georges acting as shaman, dream interpreter, and instructor. To get around the fact that this experience consists almost entirely of two men talking face to face, the film becomes very literal in cutting away to the images of Jimmy’s narration.

For instance, when Jimmy describes his adverse reaction to the characters in a puppet show, we see every move. When he re-lives the suspicion that his first love was cheating on him, we see her dashing out from behind a haystack with another man. Desplechin’s delight in recreating the American and Native American milieu of these sequences is evident in the exacting detail.

Del Toro brings a massive, lumbering quality to the role, making Jimmy P. a believable presence, but the script gives him little to do beyond react. Jimmy is eventually pronounced cured once the doctor enlightens him that his headaches come from the pressure of oppression and his fear and anger relating to women. Jimmy resumes his life on a new plane and the good doctor undergoes his own psychoanalysis.

Rain didn’t deter hundreds of local teenagers, who shared the theater with the accredited film industry folks at the premiere of French director Rebecca Zlotowski’s “Grand Central.” The influx of teens and senior citizens at selected Un Certain regard and Directors Fortnight daytime screenings is a function of the festival’s outreach program to Cannes residents. Their uncritical approval and thunderous applause can be predicted for almost any film. 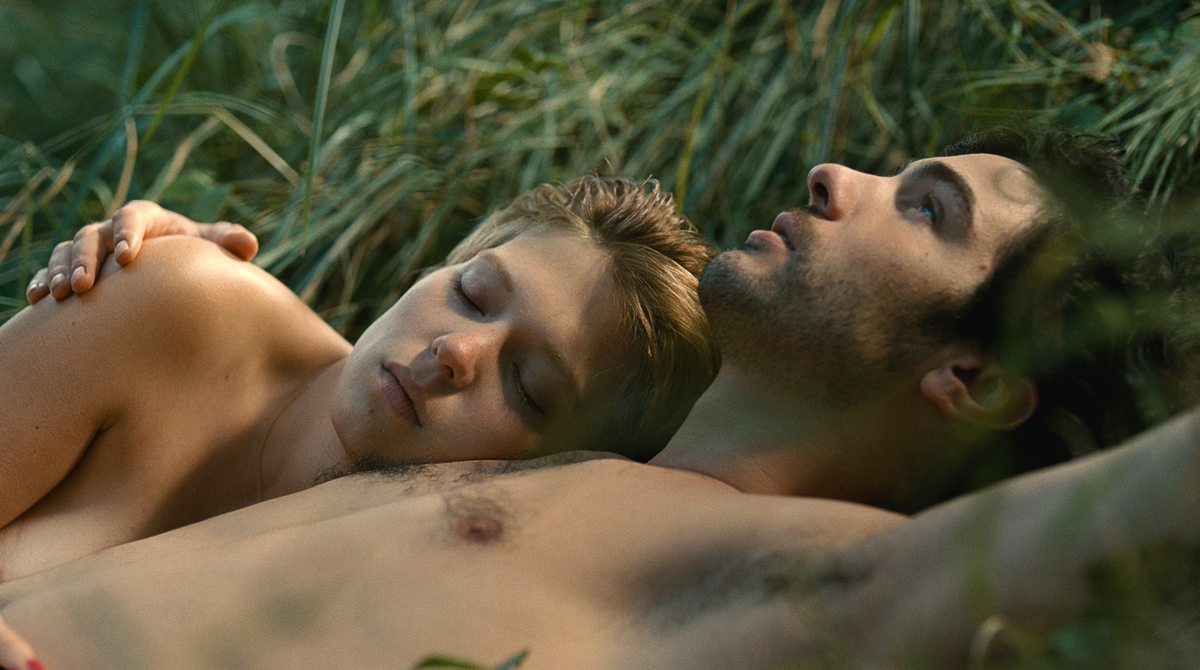 Predictable was the byword for me when it came to “Grand Central,” the story of a young guy who qualifies for a dangerous job at a nuclear power plant, and, just as dangerously, falls in love with his boss’s fiancée. Zlotowski sets the film in the ragtag encampment of plant workers that has sprung up in the fields in the shadow of the cooling towers, and in a real nuclear power plant.
Advertisement

Tahar Rahim is definitely a rising international star following his acclaimed 2008 role in Jacques Audiard’s “A Prophet,” and, most recently, in Asghar Farhadi’s “The Past” here at the festival. After a string of films that don’t allow him to even crack a smile, it’s interesting to see what this handsome young actor can do with a role in which he’s a high-spirited, genial guy who can coax a bar crowd to applause while he puts a mechanical bull through its paces.

Rahim is multifaceted as Gary, the newly hired plant worker who gets nicknamed Cherno (for Chernobyl). He’s soulful, romantic, smart, and quick to laugh; at ease among men but women love him. Léa Seydoux (“Midnight in Paris”), his co-worker and clandestine love interest Karole, is styled as smoking hot and voluptuous. The plant itself, with its bulky safety gear, elaborate procedures, and intricate operation, holds genuine viewer interest.

All of these elements deserved a less trite script. There wasn’t a single surprise in this story, as every development was broadcast well in advance. When Gary stops in to borrow some cash at the mobile home of Toni, the rough-and-ready older worker who’s his team leader and mentor, a telling shot from Gary’s point of view, of the unmade bed through a doorway, and of Karole’s hairbrush holding a single gleaming blonde hair, signals which way this is going.

The constant danger of radiation exposure for all the workers, and the increasing number of large and small crises in the plant, comprise a ready setup against which suspicion, jealousy, and retribution will grow when Karole becomes pregnant with Gary’s child.

It’s good to see the Coen brothers back in competition at Cannes, but I have to wonder if the other competing directors are shaking in their shoes, just by virtue of the formidable Coen track record. Since the brothers cleaned up here with “Barton Fink” back in 1991, when they took home Best Actor, Best Director, and the Palme d’Or, they’ve been invited to compete on a regular basis, also winning Best Director for “Fargo” in 1996, and “The Man Who Wasn’t There” in 2001. 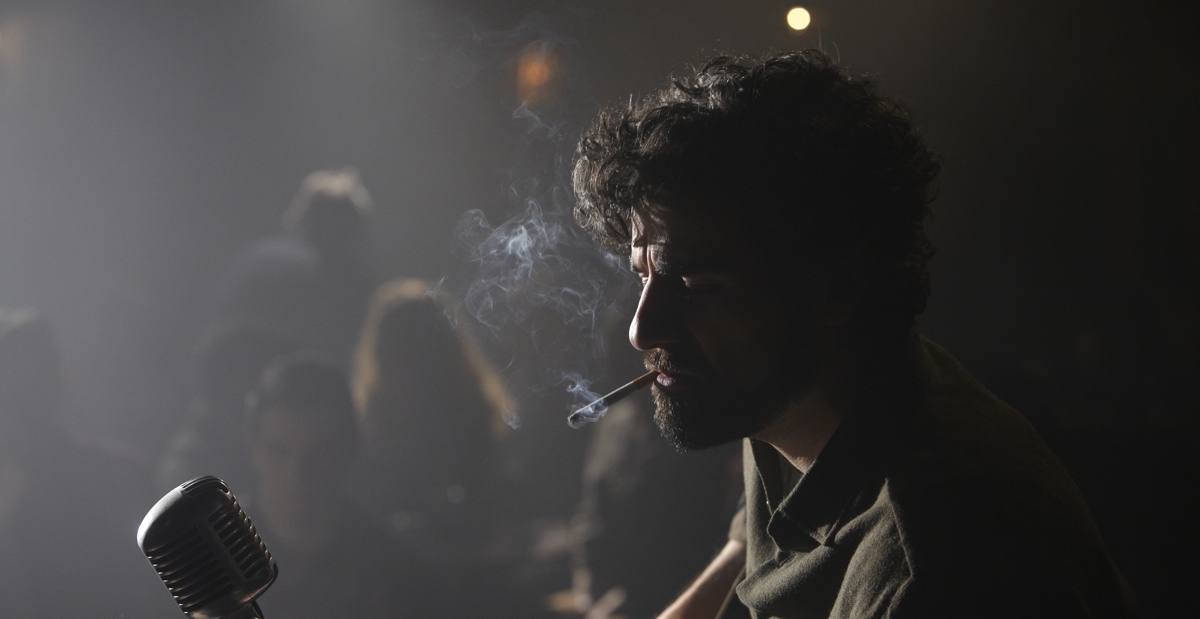 “Inside Llewyn Davis” made the day for me. It’s a film that’s equally rich in pathos and crackling smart-ass humor, as well as a feelingly accurate portrait of a time and place, right down to the nubby Fifties couches and the Haeger lamps. That the Coens are able to move swiftly and seamlessly between the pathos and the satire gives the film depth without taking away from any of its unforced ease in the storytelling.
Advertisement

The first time we see struggling folksinger Llewyn Davis (Oscar Isaac), he’s onstage at a small basement-like Greenwich Village folk club in 1961, where he’s putting his heart into a soulful rendition of “Dink’s Song” (made famous in real life by performers including Dylan, Dave Van Ronk, and Jeff Buckley). Off stage, he’s an arrogant jerk with a smart mouth; a guy who burns the bridges of every friendship but keeps asking for favors. The married folksinger friend Jean (Carey Mulligan) whom he’s gotten pregnant delivers this assessment, “Everything you touch turns to shit; you’re like King Midas’s idiot brother.”

The apartment doors that accidentally lock shut behind Llewyn become a running joke, but along with all the other closed doors and slammed car doors, they become the metaphor for his life and career. When the Greenwich Village gigs dry up, he hitches a ride to Chicago to audition at the legendary Gate of Horn. This road movie section of the film is distinguished by a hilarious, raunchy, tour-de-force monologue by John Goodman as the obese junkie who’s being driven who-knows-where by an ex-actor in a beater.

In Chicago for only a matter of hours before hitchhiking back to New York, Llewyn strikes out again. His impromptu performance for the Gate of Horn owner Bud Grossman (F. Murray Abraham) on the floor of the empty, darkened club is stunning, but, as with a number of the film’s other entrancing performances, the Coens elect to break the spell of this fleeting beauty. Grossman stares at the singer for a long moment and dryly growls, “I don’t see a lot of money here.”

“Inside Llewyn Davis” revolves around the music. Sometimes the Coens are playing straight with the delivery, as in the Chicago audition, and sometimes they style the performances with a slight satirical edge. Llewyn’s friends who comprise the folk act Jim & Jean (Justin Timberlake and Mulligan, respectively) , sing exquisitely, but with the trance-like mannered reverence that injects a hint of comedy. An unnamed group in Irish fisherman sweaters, obviously fashioned after Tommy Makem and the Clancy Brothers, also gets the too-serious deadpan treatment that makes you want to laugh.

Becoming persona non grata at every turn in his life through his own actions, Llewyn is ready to throw in the towel on Greenwich Village and the music. He declares the whole scene over and one night disavows folk music in a loud fracas at the club where he’s playing. Following his final number of the film, which is actually a continuation of the film’s first scene, another young singer who looks and exactly like Dylan, takes the stage.