You don’t need to know anything about Polish surrealist painter Zdzisław Beksiński (1929-2005), or his cult radio host son Tomasz (1958-1999) to be moved by "The Last Family," Jan P. Matuszyński’s debut feature and the finest movie to come from Poland in the last 25 years. Since the film is not a biopic in any traditional sense, you never feel like you are being lectured about the importance of an artist’s output—instead, Matuszyński and screenwriter Robert Bolesto (of “The Lure” fame) pull you into Beksiński’s unconventional household and allow you to grow accustomed to its inner rhythms. If you can imagine “Beetlejuice” (1988) as directed by Mike Leigh, you'd be close to what “The Last Family” feels like.

The film is epic in scope yet intensely private in feeling. Even though it spans a 28-year period, ranging from 1977 (Beksińskis’ move to Warsaw) to 2005 (Zdzisław’s death), you hardly register the 122-minute running time, especially since the on-screen notifications of the changing years are modestly placed in the corner of the frame. Beksiński’s paintings are famous for conjuring disturbing visions of mutilated and/or mutated flesh, set amidst post-apocalyptic spaces soaked in blood and viscera. Even though his numerous works are featured in the film, what Matuszyński finds most interesting is the contrast between their icky gloom and the homeliness of the painter’s living quarters. Both Zdzisław and Tomasz live within a single Warsaw housing project (Służew nad Dolinką), which will look familiar to anyone versed in Kieślowski’s “Dekalog” (1989). Part of the movie’s wit lies in connecting the concrete-and-mud communist drabness of the half-finished blocks of flats (lovingly recreated by CGI artists) to Beksiński’s lunar visions of death and annihilation.

The fact that Zdzisław and Tomasz stayed within walking distance of one another well into the son’s adulthood allowed for continued parent-child dependability (if not downright mutual surveillance). Tomasz’s chronic depression and suicidal nature became part of his morbid legend in his native country, and—in a move as shocking as it is exhilarating—both are being played by Matuszyński for their black comedy value. As the very title suggests, this is a movie about a family deeply familiar with death, which oozes out of Zdzisław’s paintings and is courted by Tomasz (whose favorite movie was Werner Herzog’s “Nosferatu the Vampyre” [1979] and who presented himself to his devoted radio listeners as a neo-gothic specter with a penchant for Yazoo, Joy Division and Sisters of Mercy). Add to that two ailing grandmothers, both sharing the flat with Zdzisław and his wife Zofia, and you will end up with a “Grey Gardens”-level of sepulchral insularity.

Since almost every scene in the “The Last Family”—including the fateful plane crash Tomasz survived in 1988—is played out as a separate single shot (reaching as much as seven minutes in length), and since the film revels in eccentricities of its characters, what Matuszyński offers is a deeply immersive experience. The feeling of authenticity is further enhanced by Jagna Janicka’s production design and Kacper Fertacz’s cinematography (both awarded at Chicago International Film Festival). Since the real Beksiński was a video camera buff who obsessively taped the most mundane details of everyday life, editor Przemysław Chruścielewski has a ball with mixing different aspect ratios, types of stocks and sources of footage—including some shots from the actual Beksiński archive. 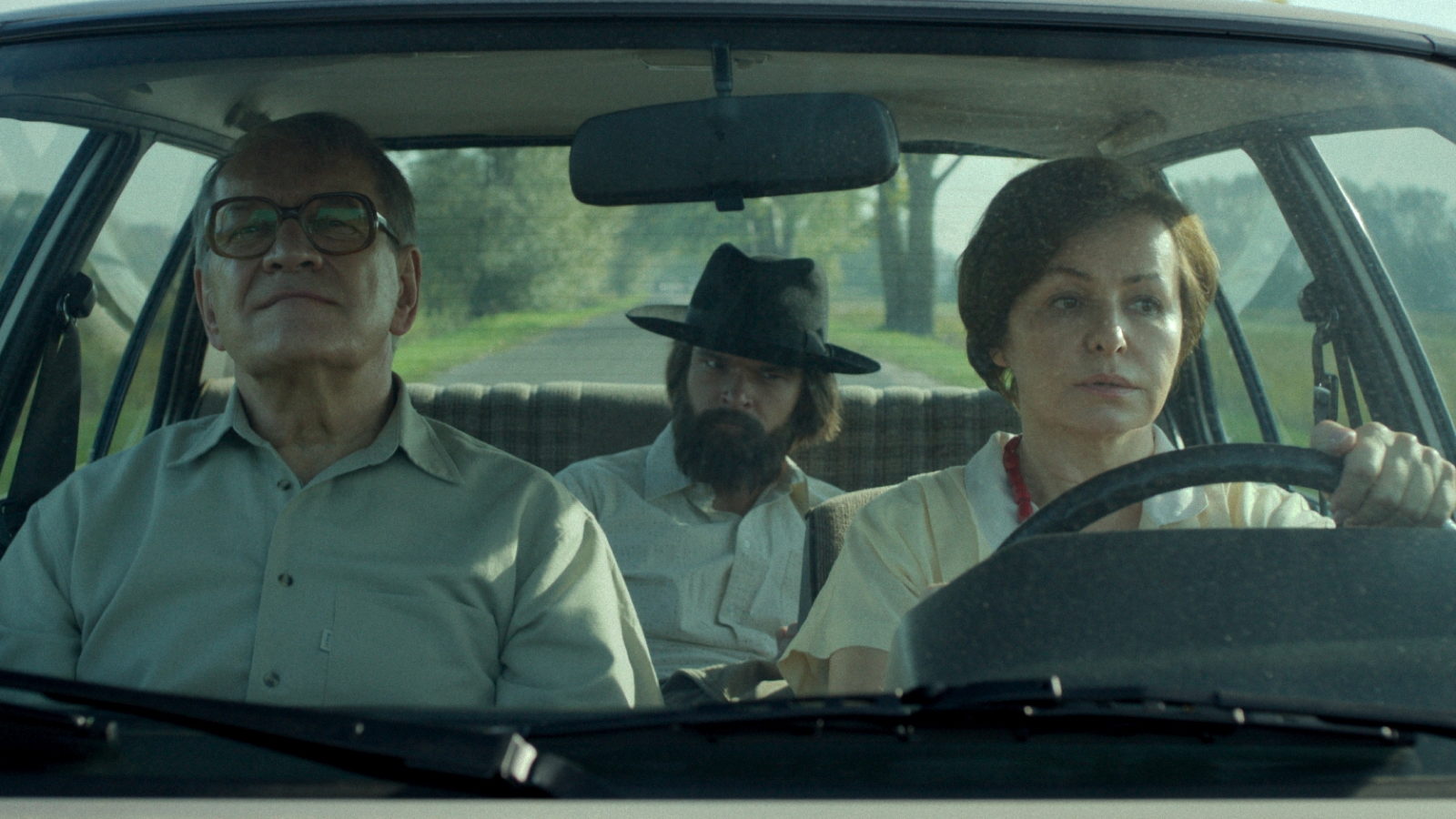 "The Last Family" features three magisterial acting turns: veteran actor Andrzej Seweryn won the Best Acting Award at last year’s Locarno for his portrayal of Zdzisław, but he’s more than matched by the hyper-active Dawid Ogrodnik as Tomasz, in a role that is as fiercely self-destructive and funny as David Thewlis’ memorable Johnny in Mike Leigh’s “Naked” (1993). Still, if there is a single casting revelation here, it’s Aleksandra Konieczna in the role of Zofia Beksińska (Zdzisław’s wife and Tomasz’s mother), whose quiet presence is deeply registered in every scene and whose patient anguish and unconditional love provide the film with an emotional bedrock. A single shot of her face, as she goes from a doting smile over Tomasz to sudden, deep disgust with his selfishness, puts Konieczna in a major league of screen actresses.

Most of Matuszyńśki’s film takes place in a time when Poland was still under communist rule, but you wouldn’t know it directly from any of the scenes. Historic political transition of 1989 is not even mentioned, which actually makes sense: the relative wealth acquired by Zdzisław through his international success allowed the family to live within an economic bubble that had little to do with the living standards of any of Beksińskis’ compatriots. It may go unnoticed by a Western viewer, but it is vital to understand that when Tomasz presents his room (or, as he likes to call it, his “crypt”) to a casual date, the girl is justifiably wowed by his collection of tapes and vinyls (the size of which wouldn’t impress an average American teenager of the era, but which amounted to a treasure trove in 1980s Poland). In fact, Zdzisław often accepted Western vinyls as payment for his work, in order to accommodate his son’s musical passion.

Seen in this light, it’s easier to understand that Tomasz’s cult status in Poland came partly from the sheer access to Western pop culture his father’s money bought him—as well as from the charisma with which he presented his beloved bands to Polish radio listeners and attendees of various events he hosted. An amusing bit in the movie shows an underground screening of “The Spy Who Loved Me” (1977), with Tomasz doing both the translation and the reading of Polish lines to a captive audience of students. (James Bond movies, along with Hammer horrors and the complete work of Monty Python were among Tomasz’s favorites, and his translations of them for Polish TV became cult items, still very much alive on YouTube.)

This movie, which scored top prizes at last year’s Gdynia Film Festival and keeps winning new accolades all over the world, marks an arrival of a new, formidable directing talent and I hope it will find the widest possible audience. As far as painters’ biographies goes, “The Last Family” ranks right up there with Robert Altman’s “Vincent & Theo” (1990), Maurice Pialat’s “Van Gogh” (1991) and Mike Leigh’s “Mr. Turner” (2014) in that’s it’s a deeply personal, original work that goes way beyond mere recreation and instead offers you insight into the world as seen through the eyes of its protagonists. Along with Cristi Puiu’s “Sieranevada” (2016), this is as close to a masterpiece as anything I've experienced in recent cinema emerging from Eastern and Central Europe. It demands to be seen.

“The Last Family” by Jan P. Matuszyński plays as part of the New Directors/New Films series on March 16 at 8:45pm at MoMA and on March 18 at 9:15pm at Walter Reade Theatre in New York City. To get your tickets, click here.