"Life Itself" To Play at Cannes Film Festival with New Footage

It was announced this morning that Steve James' "Life Itself," which has already been warmly received at the Sundance Film Festival and is sure to be again tomorrow when it plays at Roger Ebert's 16th Annual Film Festival, will play at the 67th Annual Cannes Film Festival. Roger Ebert loved Cannes, writing about it for years (and read some of that content here) and it's remarkable to think that the film about his life will be a part of the event he so loved.

Steve James, the film's director, commented on both his pride at being included in Cannes and the connection between Roger and the fest: "The film's selection is a thrilling first for me and for Kartemquin. Beyond that, its also a statement about what Roger meant to the festival. He loved Cannes and Cannes loved him. We were so inspired by his writing about the festival, that we've created a new section in the film devoted to his adventures there over the years. Roger was a student of great cinema and of the dreams and spectacle that for him defined Cannes. We can't wait to share his story and our film with everyone there." 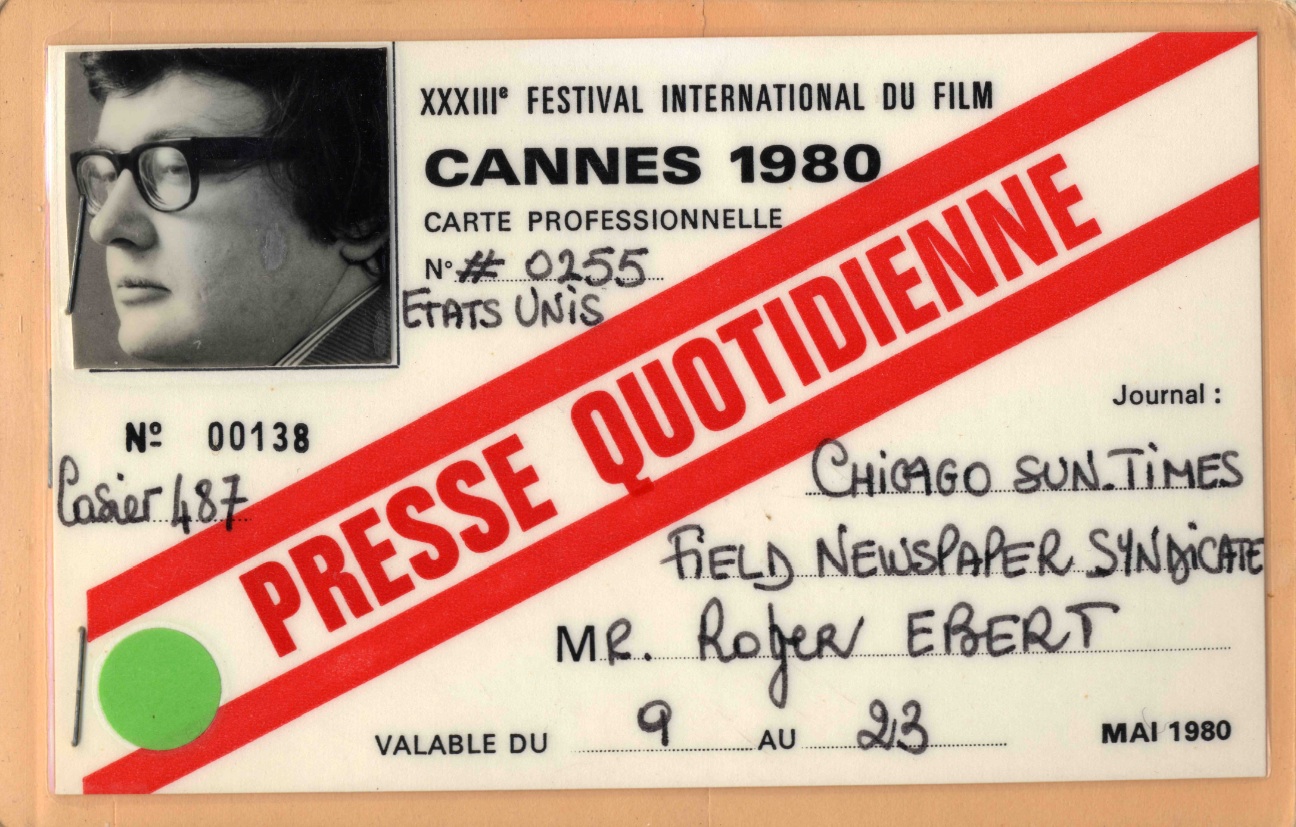 Chaz Ebert, commented exclusively to RogerEbert.com on the emotional resonance of "Life Itself" being chosen for Cannes:

"Roger attended the Cannes Film Festival for about 35 years and its emphasis on the "auteur," the director as the shaper of the film, became very special to him. He said that seeing movies on the giant screen at the Palais des Festivals in the comfortable seats next to movie lovers from around the world made you automatically want to give a film an extra star. He helped introduce the American audiences to Cannes through his book, "Two Weeks In the Midday Sun," still one of the most entertaining books ever written about the festival. So it seems only fitting that the documentary about Roger, "Life Itself," based on his memoir, will be shown at the Cannes Film Festival next month.

I will go and honor his memory and stay in a hotel on the Croisette in a room that bears his name, The Roger Ebert Suite at the Hotel Splendid. And then I will go to the American Pavilion and partake of seminars in the Roger Ebert Conference Room on the beach. Not bad for someone who says he flunked French a few times and taught himself to understand it by reading TinTin comic books and listening to Monsieur Capretz. I will miss his joy at the festival and how he thrilled at each new discovery. Roger was one of the best friends of the festival and I thank the Cannes Film Festival for honoring him through the exhibition of his life's story."

"Life Itself" will play in the Cannes Classics section of the festival and will be released later this year by Magnolia, including the new footage of Roger at Cannes.