There’s something magical about flying two hours from Chicago to a place that looks more like Europe to watch a film made in Japan. Fantasia has quietly built an international reputation as one of the most interesting and cleverly programmed genre festivals in the world. For three weeks, Montreal becomes a showcase for horror, anime, sci-fi, and even a few Hollywood hits. New blockbusters like “Valerian and the City of a Thousand Planets” and “Atomic Blonde” will play in the same theater as dozens of genre films that will probably never make their way stateside. It is a fascinating blend of cinema, the kind of festival that allows for adoration of works by known filmmakers and the discovery of new voices. And that’s been the case in just the first two days.

The festival opened Thursday with Jung Byung-gil’ s “The Villainess,” a razor-sharp action flick that cribs openly from a number of beloved films, including Park Chan-wook’s “Lady Vengeance” and “Oldboy,” with a dash of “La Femme Nikita,” “Lady Snowblood,” and even “Hardcore Henry” for good measure. The film opens with an amazing sequence that almost mimics the infamous hallway scene from Park’s second “Vengeance Trilogy” film but only in first-person perspective a la “Henry.” A ruthless assassin slices and dices her way through a building of well-dressed assassins. And it’s not even the most remarkable action scene in the film. Three words: swordfight on motorcycles. And the final sequence involving a bus is simply must-see action cinema. Throughout “The Villainess,” I was truly impressed by the stuntwork, fight choreography, and camerawork. There are times when you’ll wonder how on Earth you’re actually seeing what you’re seeing. How is the camera moving between the motorcycles? And through the windshield? It’s a technically fascinating film.

With a plot that I never cared about. Kim Ok-vin excels at action but can’t sell the tumultuous narrative, which involves her character, Sook-hee going through years of programming to become an assassin, only to turn on her programmers. As a child, Sook-hee saw her father murdered, and she was taken in by a man named Joong-sang (Shin Ha-kyun), who trained her to become a killing machine that would impress The Bride. He also became her lover, and was murdered on their wedding day. Sook-hee seeks vengeance. But it’s way more complicated than that, involving a school for female assassins, several betrayals, and even a love story. When the story takes center stage, “The Villainess” struggles, but then Jung allows the film to explode again in an action sequence that’s so well-executed that your jaw will drop a little. In that sense, it’s the perfect film to open Fantasia in that it’s unpredictable, hard to dismiss despite its flaws, and more than a little strange. 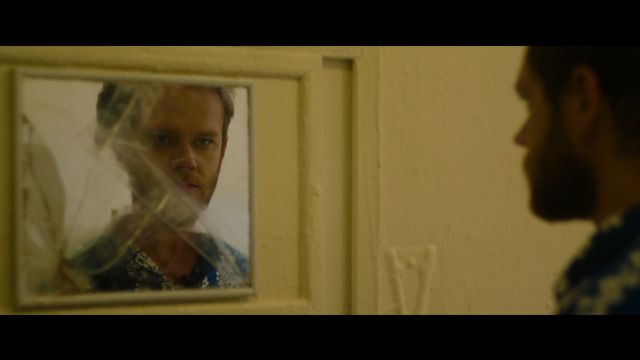 Fantasia Fest is proud to host the Canadian Premieres of a number of titles that played other festivals. “The Villainess” played Cannes; Sundance flicks “A Ghost Story” and “Killing Ground” were here on Friday night; and “Tilt” made its world premiere at April’s Tribeca Film Festival. Writer/director Kasra Farahani’s horror-thriller can always hold the title as one of the first films that feels explicitly about the frustration and dismay of living in Trump World, particularly for someone who could arguably be called a Bernie Bro. The problem is that I don’t believe the film started that way. Actually, it’s one of many problems with a film that can’t figure out its tone or message—although that’s somewhat in keeping with our current POTUS, I suppose.

Joseph Cross plays Joe, a documentary filmmaker in a bit of a life crisis. His wife (the great Alexia Rasmussen of “Proxy”) is pregnant, and it’s sent Joe into a bit of a responsibility tailspin. (And the film was likely just about impending fatherhood and a failed career driving a man crazy before the Trump spin was added.) Joe made one successful documentary about pinball (called “Tilt,” of course) and he’s working on another about no less than the myth of the American Dream. The film within a film, about the lie we tell ourselves that there was an America that was “Great” and needs to be again, sounds more interesting than “Tilt” itself, but it’s kind of driving Joe crazy. And it’s not a long trip.

Joe spends evenings screaming at the incoming President on the TV and then he goes for walks, scored by ominous, this-guy-is-about-to-crack music. He keeps walking past the same homeless guy, sleeping on a bridge, and the inevitable feels, well, inevitable. And then we realize that Joe may have committed a crime before, as recently as his honeymoon. Cross and Rasmussen are good, but Farahani can’t find the right tone for the piece and never paints Joe as a sympathetic figure or interesting sociopath. He’s neither a once-good guy “fallen down” nor is he captivating enough as a wannabe serial killer. There’s just nothing at the center of “Tilt”—other than an interesting idea that the first real anti-Trump movie is about emptiness. 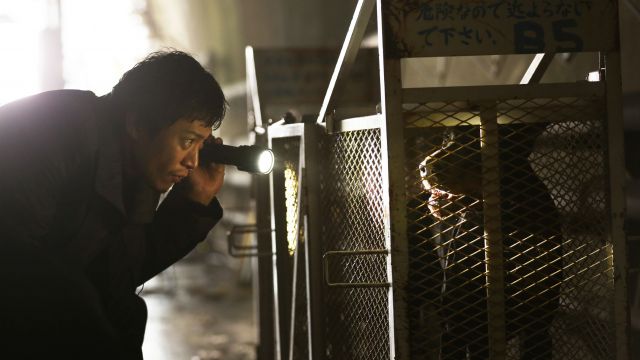 My first dispatch from Quebec closes with another film about a serial killer, although this one is much further down the rabbit hole of insanity than poor Joe. Keishi Otomo’s “Museum” shares a great deal of DNA with David Fincher’s “Seven,” but devolves into something closer to “Hostel” over the last 45 minutes of a very long thriller (135 minutes). The first hour of this is so tight and well-done that it’s tempting to recommend it, but you have almost a whole movie to go when it makes the turn into something less effective.

Shun Oguri (“Terraformars”) is excellent as Detective Hisashi Sawamura, a Tokyo cop who has neglected his wife and son for the job. He doesn’t even remember to come home on the kid’s birthday. And so they’ve left him, sending Sawamura into an emotional tailspin that makes the arrival of a serial killer even harder on his soul. The latest lunatic in town is killing people in truly disturbing ways. The first victim is found having been chained up and eaten by famished dogs. The second had his skin slowly carved off. And both victims were left with notes indicating that these “penalties” were carefully considered for reasons related to their lives. And then Sawamura figures out the connection between the victims and truly panics, as the serial killer who wears a raincoat and a terrifying frog mask appears to have an interest in his family as well.

The first half of “Museum” very clearly echoes “Seven” with its cops in trenchcoats and daily downpours, and there’s a nice cat-and-mouse tension to that portion of the film that keeps it moving. The problem comes when the cat and mouse end up in the same room and there’s half a movie to go. The back half of “Museum” is torturous as our John Doe basically devises ways to drive his captive officer insane. And we kind of go along with him. I’ll try to regain my sanity by the next dispatch, which should include thoughts on “Shin Godzilla” and the premiere of the latest from “We Are Still Here” director Ted Geoghegan.