One of the world’s best genre-heavy festivals has been dominating the film conversation in Montreal for over a week now and it has over a week to go. While festival hits from around the world have had their Fantasia premiere, the programmers also cleverly scheduled major films that would be opening in the U.S. around the same time, probably knowing that buzz for films like “Lights Out” and “Train to Busan” would be high. However, I imagine the key to this gigantic festival for most hardcore fans is finding the films that aren’t getting waves of international press—the hidden gems if you will. I tried to find one of those in the films that recently premiered, including one produced by Ben Wheatley (“High-Rise”) and another featuring a few stars from “Sons of Anarchy” alongside the one and only Marilyn Manson. All four films have their drawbacks, but they also illustrate this festival’s willingness to dig deeper than the buzz.

The best of the four is a close call but I’ll go with Michael Borowiec and Sam Marine’s heartbreaking “Man Underground,” a film that plays more like a drama than what fans of Fantasia may have been expecting when it premiered. The final act has a twist that I’m not sure the movie earns but it’s carried by truly genuine, lived-in performances from a trio of actors who are very careful not to mock the people they’re playing—those living on the fringe of society, and possibly sanity.

George Basil is excellent as Willem, a loner who makes YouTube videos and gives speeches about the day that changed his life. He was working in a tunnel when he claims that he stumbled upon an alien form, one who scarred him and destroyed his life. Becoming obsessed with aliens and the government conspiracy to keep them secret, Willem drove his wife away, leaving him with only his friend Todd (Andy Rocco) and his daily routine at the local diner. That’s where he meets a new waitress named Flossie (the excellent Pamela Fila), who finds him more fascinating than annoying. She even agrees to be the leading lady in a movie he wants to make about his life and the alien forces that have shaped it. As she becomes friends with Willem and Todd, the filmmakers deftly walk a line in the way they portray Willem’s oddity without ever making fun of him. In fact, when Willem goes to a dinner party in NYC, where he could easily be the object of derision, we feel for him and hope the fragility that Borowiec and Marine have captured isn’t shattered. Whether or not Willem is crazy or really hunted by men in black becomes less important than hoping he finds some resolution with his past and some hope for his future. What could have easily become a sci-fi oddity becomes a character study, and it’s the characters and not their belief in UFOs that resonate here. (The film plays again at FF on August 3rd.) 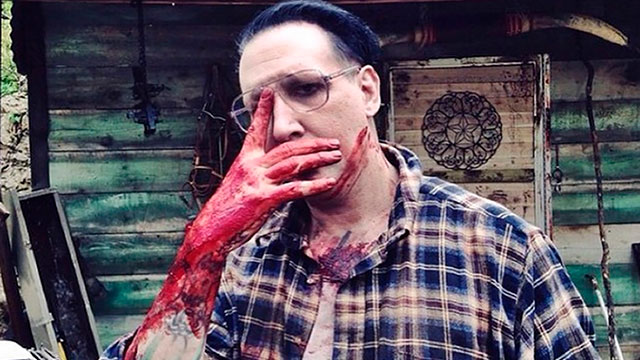 There’s notably less character in “Let Me Make You a Martyr,” a pitch-black tale of vengeance, addiction murder and other ugly habits. The script by John Swab is sometimes annoyingly overwritten—it’s one of those projects in which everyone sounds like they know they’re in a movie and they’ve seen every episode of philosophy-heavy violent projects like “Sons of Anarchy”—but the film’s heavy style starts to work in its favor, almost in the same way that noir dialogue need not sound realistic if the actors can convey a greater meaning through it.

Niko Nicotera (“Sons of Anarchy”) stars as Drew Glass, a man coming home to a dark corner of the Oklahoma south after six years away. His adoptive father Larry (Mark Boone Junior of “Deadwood” and, you guessed it, “Sons of Anarchy”) is the local crime boss, and his adopted sister June (Sam Quartin) is deep under the thumb of drug addiction. Drew has come to save her—she’s also the love interest—and that means killing Larry, who unleashes a vicious hit man named Pope (Marilyn Manson) to take care of his kids before they take care of him. In Kurt Sutter fashion, it’s downright Shakespearian in its tale of familial vengeance.

This kind of Southern-fried journey to the heart of darkness is tough to pull off without looking ridiculous and directors Corey Asraf & John Swab falter often in the first act. After a few too many lines about how a “man’s gotta have a code,” I was about ready to give up, but there’s something there in Nicotera’s eyes—he’s not a typical leading man, and he sells the sorrow of his character well. Manson also commits to a part that I wish he was allowed to have a little more fun with. 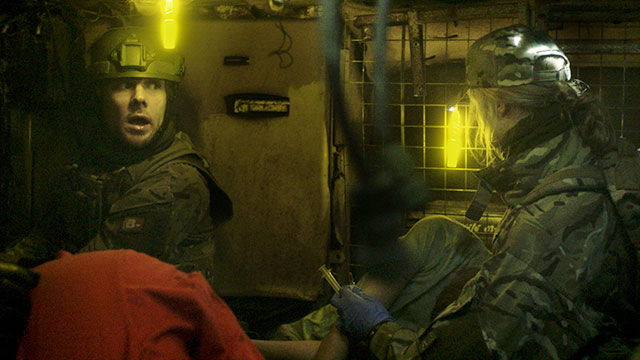 There’s even less humor in Nick Gillespie’s “Tank 432,” but I found it more consistent and enjoyed trying to pull apart the mystery at its core, while also just appreciating it for an experiment in claustrophobia. The excellent Rupert Evans (of Amazon’s “The Man in the High Castle” and “Hellboy”) leads a group of soldiers through the woods. There’s gunfire and screaming in the distance. They have prisoners in hoods. They are being hunted by something, although whether or not that something is human, supernatural or entirely in their heads is unclear. On the edge of a field, they find a long-abandoned Bulldog tank, and they hole up inside for safety.

Much like Wheatley’s “Kill List” or “A Field in England”—Gillespie worked on both as a camera operator, along with “Sightseers,” “High-Rise” and the upcoming “Free Fire”—exactly what is happening in “Tank 432” isn’t as important as the atmosphere the film is trying to create. Sure, the film is loaded with questions that most viewers are going to want answered, but it’s a movie that works more on indefinable feelings like paranoia and fear than typical movie solutions. Some people will find it a frustrating exercise, but I was consistently engaged, particularly in its excellent sound design and use of space, alternating between the closed quarters of the belly of the bulldog and the terrifying expanse outside of it. (The film plays again at FF on July 26th.) 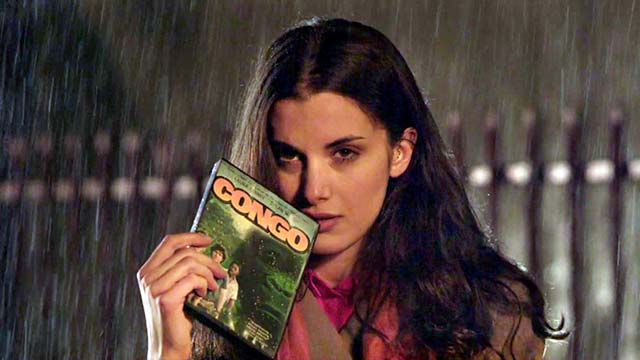 Which brings us to “She’s Allergic to Cats.” Movies are often called “weird” or “strange,” and they don’t really deserve that appellation, especially at a festival as interested in the odd as Fantasia Fest. Trust me. This one earns it. Shot on 4K and Red cameras and then diluted through DVD replication and VHS tapes, “She’s Allergic to Cats” is a very purposefully lo-fi movie—static, grain, bad ADR, cuts that look like bad splices, etc.—about a young man who works as a dog groomer (Mike Pinkney) who meets a pretty girl (Sonja Kinski, Nastassja’s daughter) after she brings in Mickey Rourke’s pets for grooming (she’s his assistant). They agree to go on a date. He has a rat problem and so worries about bringing her back to his place.

Sounds simple enough, right? Did I mention that Mike is working on an all-cat remake of “Carrie”? How about the recurring motif of bananas falling from the sky, a nod to the fact that Mike’s rat infestation keeps eating his yellow fruit? Slo-mo footage of a groomer video teaching people how to express a pet’s anal glands? How about the scene in which Mike and Cora discuss great animal movies, including “Hot to Trot,” “Congo” and “Howard the Duck”? “She’s Allergic to Cats” is a true oddity, almost as if it’s designed to play at midnight in arthouses that gravitate to cult movies. Or film festivals like Fantasia.