One of the things that most impresses me about Fantasia Festival is the scope of the operation. It plays for three weeks with almost no repeats, meaning that over 150 films will make at least their Canadian premieres, and many will make their world premieres. It can be overwhelming, especially when one factors in the wide variety of films on display. There are known quantities like “Valerian and the City of a Thousand Planets” and “Atomic Blonde” alongside movies that almost no one outside of the crew has heard of. And it’s in that latter crew that the real joy of the festival experience can often be found: discovery. Two films made their world premiere on this second Friday of this epic fest and announced their creators as filmmakers to watch, while a third film won’t play until the end of this event but its buzz on the festival scene has already been building since its Tribeca debut. All three are ones to watch for when they finally make it to your part of the world.

Let’s start with this best of this strong trio, the mesmerizing “The Endless,” directed by Justin Benson & Aaron Moorhead, the pair behind the excellent “Spring.” The pair also star this time as brothers who achieved a bit of notoriety when they escaped a “UFO death cult” a decade ago. The older and more outgoing brother, Justin, told horror stories to reporters about mind control, abuse, castration, and an inevitable mass suicide. Aaron was younger and he remembers none of this. All he can remember is a commune of people who loved him. After they receive a video tape indicating that the “ascension” hasn’t happened yet, they agree to go back for a day to confirm Justin’s memories and show Aaron the truth.

When they arrive at Camp Arcadia, it appears that if this group does harbor a dark side they’re keeping it secret. They brew their own beer, encourage artistic pursuit, and spend nights talking around a campfire. Of course, Benson and Moorhead immediately start playing with perception and expectation—there’s an angry man who appears to just be marching around camp and a cabin door with a remarkable padlock on it. However, any prediction about where “The Endless” is going would likely be wrong as Moorhead and Benson have something far-more-ambitious than a Death Cult Movie in mind. Again, as they were with “Resolution” and “Spring,” they’re more interested in horror as a manifestation of human need and emotion. And so “The Endless” becomes a film about our destructive patterns more than anything else, about how easily we can fall into routines that keep us stuck from actually going anywhere in life. It is a clever film in the way it weds the impossible with the relatable, finding the human stories that allow us to suspend disbelief as the film gets further away from reality. As with so many great filmmakers, they ground us with emotion, so they can take us anywhere they want to with their storytelling.

And their sense of storytelling has only improved with each project. “The Endless” achieves a rhythm of tone that sneaks up on you. Most of it takes place outdoors, on the grounds of Camp Arcadia, and Moorhead and Benson have a remarkable ability to transport us to this strange and mystical place. We’re on the journey with Justin and Aaron more than just watching it transpire. To be fair, the film feels like it could use a few select minutes and literally explain less of its themes in the final act but these are minor complaints for one of the best horror films of the year. 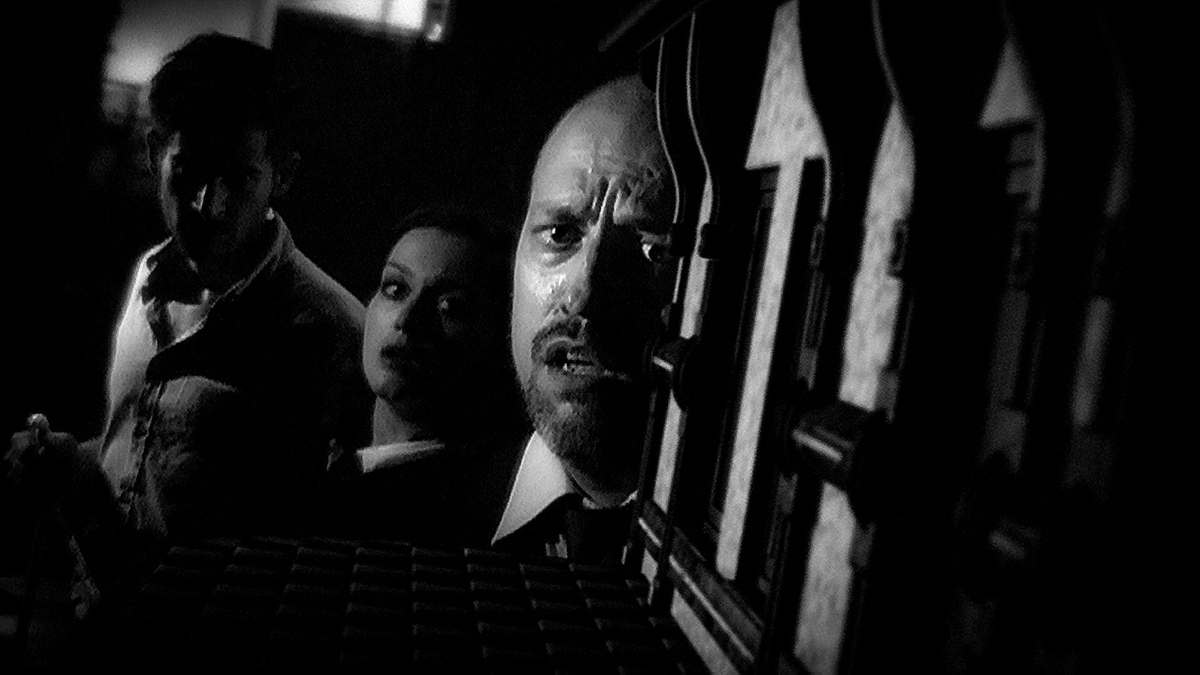 Similarly mindblowing but in a totally different way is Giordano Giulivi’s delightful “The Laplace’s Demon,” a low-budget affair that recalls “Sky Captain and the World of Tomorrow” mixed with Agatha Christie and Guy Maddin. A group of Italian scientists have been summoned to an island in the middle of the ocean by a mad scientist who has discovered their research. The group has been trying to do the impossible—predict the future. They believe they have devised a program that can tell you exactly how many pieces a glass will break into if it hits the floor. Immediately, Giulivi is playing with fate vs. free will and how much we can truly know about the future. And he’s doing so in a style that recalls classic Italian filmmakers like Mario Bava, updated in a world of green-screen backgrounds and CGI effects.

When the scientists arrive at this mansion on an island, they discover a scale model of the house in which they’re standing. The model would be interesting enough, but what’s more fascinating are the eight pawns standing in the living room, which soon move in unison with the people in the house. Is someone watching them and moving the pawns to coincide? Not exactly. It turns out that someone has taken their glass experiment a level further, able to predict every human action correctly. And then the house unleashes the Queen.

“The Laplace’s Demon” hits that soft spot for me critically that was cultivated by “The Twilight Zone” and “Ten Little Indians.” It is a low-budget affair that gets a ton of mileage out of canted angles, creative lighting, and clever effects. And it has more than a little going on thematically as, not unlike “The Endless,” it examines the patterns of human behavior. Perhaps it’s telling that these are the two best films I’ve seen related to my Fantasia Festival coverage. There’s nothing scarier than human behavior. 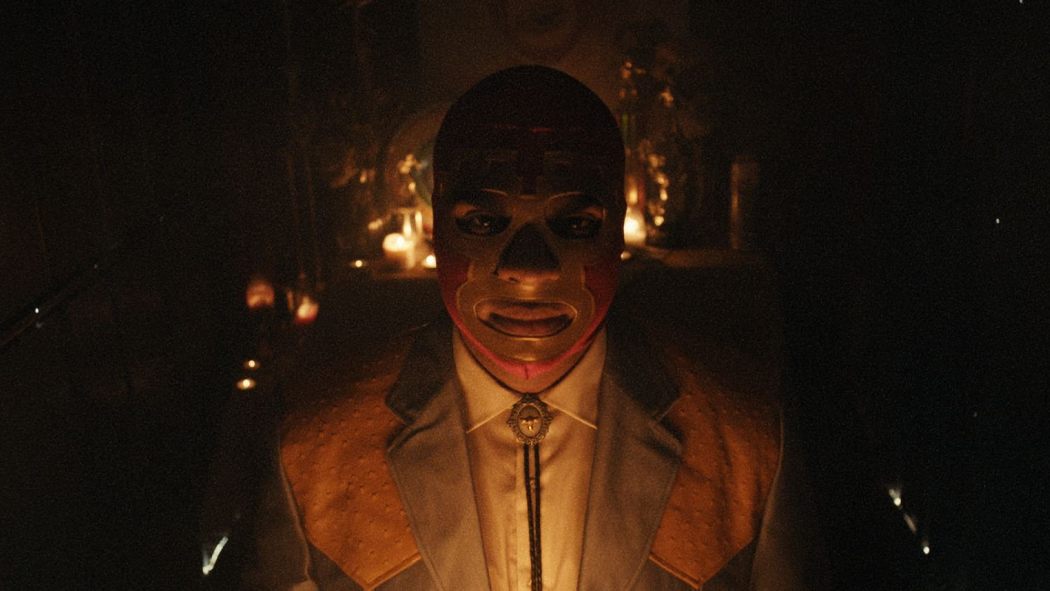 The dark side of human behavior is on ample display in Ryan Prows’ blistering “Lowlife,” a film that I might have slammed in the late ‘90s as being too obviously derivative of Quentin Tarantino, as so many were in that era, but that feels fresh and different 20 years later. It’s a flawed film in a few ways (mostly performance and dialogue), but it’s also often new in a way that we haven’t seen from genre films since the Tarantino-esque genre went out of fashion. It’s also a movie with the sole purpose of an adrenalin rush, designed to strap you to your seat, entertain you, and spit you back into reality, exhausted but satisfied.

“Lowlife” works several angles of the same eventful day from the perspective of different characters. We first meet the most memorable one in the film, a famous luchador named El Monstruo (Ricardo Adam Zarate), who never takes off his mask, even as he’s bashing in someone’s head with a propane tank. El Monstruo is a “noble criminal,” the kind of guy who has been sucked into a criminal enterprise against his better judgement and will, hopeful that he will be able to continue the noble legacy of his character. Or at least that his son will be able to do so. His wife Kaylee (Santana Dempsey) is eight months pregnant, but she’s also addicted to heroin, which allows a few more criminals to entire this tale, including El Monstruo’s truly monstrous boss (Mark Bunrham) and a pair of naïve thugs (Jon Oswald, Shaye Ogbonna) hired for a job bound to go wrong.

“Lowlife” is a take on the Tarantino film for the Trump era. It’s telling that one of the first truly awful people we meet is an ICE Agent. In this world, the cops are often worse than the criminals. And most of these people, even the thug with the Swastika tattooed on his face, are trying to keep their heads above water in a world that feels like it’s increasingly trying to drown them. Some of the dialogue could have used a punch-up, but this was one of the most buzzed films coming into Fantasia Festival this year for a reason. I expect that buzz to continue.