My second day in Montreal opened with a movie both strikingly familiar and modern, one that recalled a legacy of filmmaking that directly addresses the scars of a nation. My day closed with a film that also works from the origin story of the country in which it is set, creating an ambitious thriller from a nation’s history of violence. Festivals create an amazing sense of thematic continuity sometimes, working titles together and off each other in ways that wouldn’t happen in your living room or a multiplex. And seeing a series of short films between the two event screenings of the day allowed for a further appreciation of the scope of Fantasia. Most of the shorts didn’t work for me, but it was interesting to think that the odds are good that at least one of these filmmakers will return to Fantasia with a feature length, perhaps even an extended version of one of these shorts. In a sense, Day 2 was about both looking to the past and even to the future.

What else can I possibly add to the praise surrounding “Shin Godzilla” other than to say, “yep”? It’s such a smart, well-made movie that has been written about extensively already, including in an excellent piece of writing on this site, but it was the kind of thing I knew I wanted to see with a crowd at a genre film festival. That was definitely the right call. People cheered, laughed, and went with every rhythm of this unique film, one that undeniably recalls real-life disasters in Japan and the original “Godzilla” movies but also feels like something fresh and new. It is a tremendously well-edited film, pushing viewers for two hours through what is essentially a system weighted down by bureaucracy, red tape, and structure. When a lizard-like monster crawls from Tokyo Bay, it doesn’t unleash a response as much as it does meetings, conferences, political machinations, etc. “Shin Godzilla” has enough walking-and-talking down government hallways to call it “Sorkin-esque.”

Of course, it also has a fire-breathing monster. Once Godzilla really starts to unleash his wrath on Tokyo, it is a mesmerizing experience, featuring some of the best monster movie cinematography ever. The design of Godzilla mimics the both-old-and-new aesthetic in that he looks exaggerated, almost puppet-like at times, but then you see the detail in the design and it feels like no Godzilla we’ve ever seen before. It’s also remarkable the degree to which “Shin Godzilla” embraces part of the legacy of this character, which is to address the tragedies of Japan. Opening scene imagery of boats and debris moving through the city recall Fukushima (and the tsunami that caused it) and the film openly becomes an allegory for control of nuclear power in a country still dealing with the force of it in their own history. It’s a smart, fun movie that may be a bit surprisingly talky for some viewers, but just submit to its rhythms. It’s working magic even when Godzilla isn’t on-screen. And when he is? It’s killer.

Saturday night at Fantasia hinged on the world premiere of Ted Geoghegan’s “Mohawk,” a searing genre hybrid about the tumultuous state of the country in 1814. Yes, the director of “We Are Still Here” has been ambitious or crazy enough to follow up his indie hit with a movie that fits into no neat category boxes. It is part-thriller, part-horror, part-historical drama, and part something altogether new. Geoghegan revealed during the Q&A following the film that he was raised in Montana and moved to New York, where he became fascinated with the Mohawk people there, doing hours of research to make a film that respects their legacy and the plight of indigenous people around the world. There are some elements of “Mohawk” that don’t quite come together for me completely—although a horrible sound problem during the premiere in one of the speakers distracted enough that I’d want to see it again before fully reviewing—but there’s so much to like here in terms of ambition, style, and cast that I look forward to the conversation that’s sure to surround the movie when it’s released.

“Mohawk” opens by introducing us to its heroes—a Mohawk man named Calvin Two Rivers (Justin Rain), a British Indian Agent named Joshua Pinsmail (Eamon Farren of “Twin Peaks: The Return”), and a Mohawk woman named Oak (Kaniethtiio Horn, herself of Mohawk heritage). They are overcome by a group of vicious American soldiers led by the ruthless Hezekiah Holt (Ezra Buzzington), and “Mohawk” essentially becomes a chase film with Holt leading a group of men to try and hunt down his new enemies. Filmed entirely in the woods of New York, it is a daring film to conceive and execute in that so much relies on the small cast of characters we meet. There are few major action set pieces and there's no architecture to distract you. And so it helps tremendously that not only is “Mohawk” incredibly well-cast but that Geoghegan has already displayed a gift with actors. Just as he directed a great performance from Barbara Crampton in “We Are Still Here,” the cast is really what makes “Mohawk,” with fantastic turns from Buzzington, Horn, Farren, Robert Longstreet, Noah Segan and Jon Huber (aka Luke Harper from WWE).

There are some tonal shifts in “Mohawk” that feel like they could have been smoothed out a bit and the film has some visual inconsistencies. While I think the close-up cinematography by the great Karim Hussain (TV’s “Hannibal”) adds to the tension through a sense of claustrophobia, I wouldn’t have minded a few more establishing shots just to get my bearings in the geography. It’s hard though to comment on the film’s tech elements given the tech problems in the screening, so I’ll save that for another viewing. Which is something I know I want to do. “Mohawk” is further evidence that Ted Geoghegan is not going to be a predictable, safe filmmaker. We need more people like that. 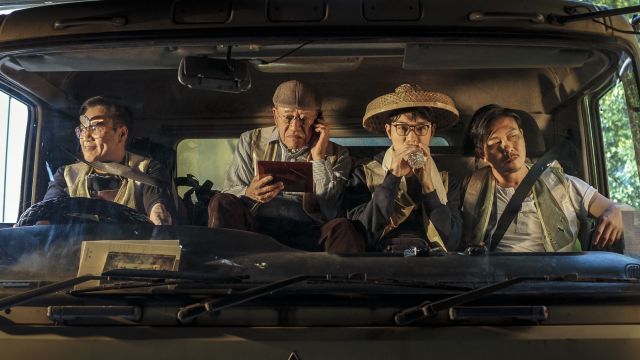 Also making its Fantasia premiere on Saturday was the horror-comedy “Vampire Cleanup Department,” a movie that certainly falls into the You Know What You’re Getting From That Title department. First-time directors Chiu Sin-Hang and Yan Pak-Wing deliver on their title with this story of a young man who joins a crew of vampire hunters, and falls for the first pretty one he meets. Yes, “VCD” is more “Warm Bodies” than “Buffy the Vampire Slayer,” but that requires a really deft tonal hand that this film doesn’t quite have. It’s all over the map in terms of style, spending more time with its strange romance than action or comedy, and it just never quite comes together. It also looks sloppy at times, like a pilot for a TV show that you might watch late at night but lacking the visual language to make the most of its strange concept. 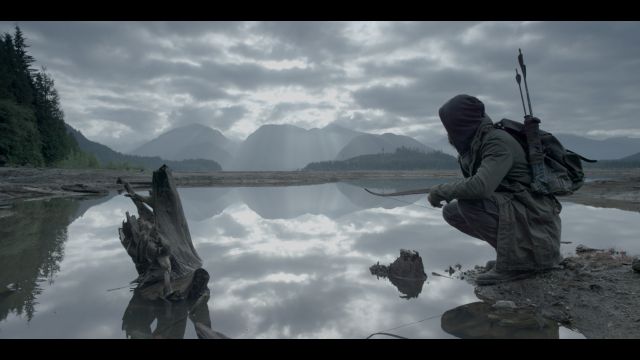 A similar sense that I was watching filmmaking that needed more experienced direction pervaded the “International Sci-fi Shorts Showcase.” I won’t break them down one at a time because that doesn’t seem fruitful but most of the eight shorts in this lengthy program were either too short or too long. The too short ones felt like commercials for longer films that the director clearly wanted to make, truncating story into a smaller box to sell the big one. The too long ones felt, well, too long. However, there was one short film in the program worth pulling out and recommending should you ever find a way to see it, Corey Sevier’s “Haley.” With echoes of “The Leftovers,” Sevier tracks a man dealing with the grief over losing his daughter through an alien invasion. It’s a beautifully shot piece, one that feels almost like an elegy for our dying planet as much as anything else. There’s still beauty here. There sure is a lot of it at Fantasia.