FREQUENTLY our guests at Ebertfest add our selections to their home viewing catalogues. As a service, we will post the reviews and discussions of the movies from the festival on our website over the next week. Today we start with "Hair" and "Being There."

The following review of "Hair" written by Roger Ebert was published in the catalogue of Ebertfest 2017. It screened at the festival on April 19th with first assistant director Michael Hausman and producer Michael Butler in attendance. Here is the introduction to the film, followed by the Q&A posted after the review.

I walked into “Hair” with the gravest doubts that this artifact of 1960s social shock would transfer to our current, sleepier times. In the 1960s we went to angry musicals; now we line up for "La Cage aux Folles." My doubts disappeared with the surge and bold authority of the first musical statement: “This is the dawning of the Age of Aquarius!”

So maybe it isn't, really, and maybe the sun set on that particular age back around the time they pinched the Watergate burglars. But Miloš Forman's "Hair" opens with such confidence and joy, moves so swiftly and sustains itself so well, that I wonder why I had any doubts. "Hair" is, amazingly, not a period piece but a freshly conceived and staged memory of the tribulations of the mid-‘60s.

It is also a terrific musical. The songs, of course, were good to begin with: The glory of "Hair" and "Let the Sun Shine In" and "Age of Aquarius" and the sly, silly warmth of "Black Boys/White Boys." But to the original music, the film version adds a story that works well with it: airy and open photography, and glorious choreography by Twyla Tharp.

I said I lost my doubts about "Hair" during "Age of Aquarius." To be more precise, they disappeared during Tharp's opening scene in Central Park, when the dancers were joined by the horses of mounted policemen. Anyone who can sit through that opening dance sequence and not be thrilled should give up musicals. 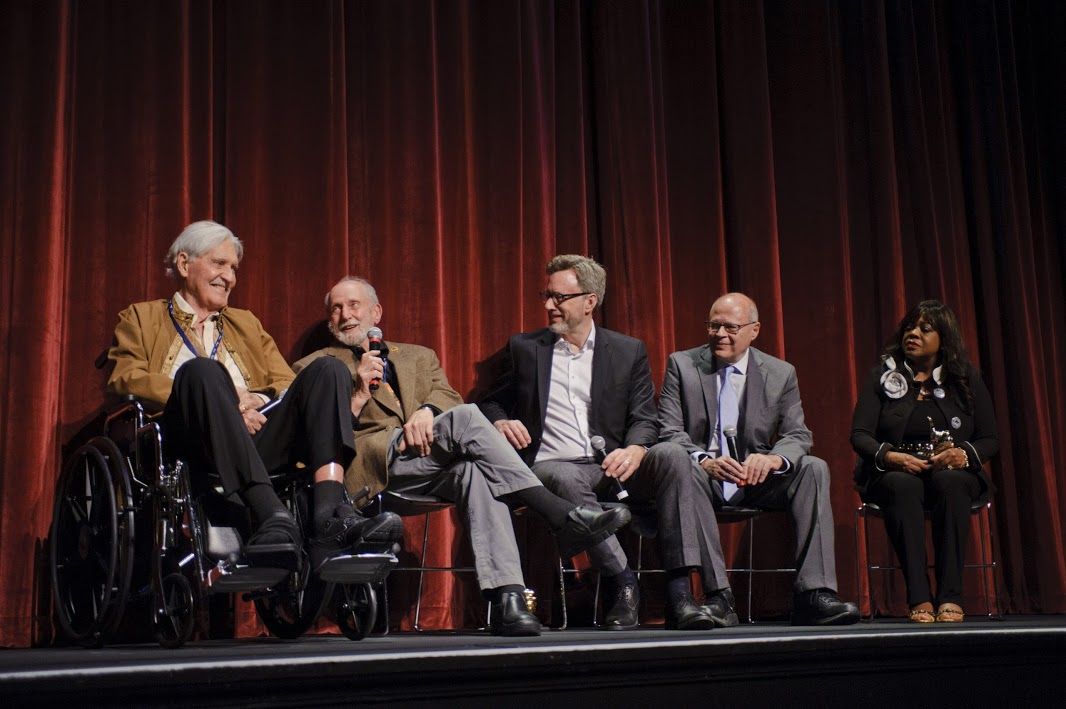 The original play, you may recall, didn't exactly have what you could call much of a plot. The screenplay, by Michael Weller, remedies that, but not too much. Weller provides a framework structured around the experiences of a young Midwestern farmboy (John Savage) who takes the bus to Manhattan to be inducted into the army and makes instant friends with a family of hippies living in Central Park.

Savage is just right as the shy, introspective kid who feels suspicious of the hippies — and, indeed, of any alternative lifestyle. But he knows nobody else in New York, so he hangs around with these kids and suddenly a vision enters his life: a beautiful girl on horseback (Beverly D'Angelo), a debutante passing through Central Park and probably out of his life.

She comes from an incredibly wealthy family, he learns. They have nothing in common. But she's drawn, sort of, to the easy freedom of the hippies. And the leader of the hippies (Treat Williams, of "Jesus Christ Superstar") leads them all in a high-spirited invasion of the girl's debutante party. It's one of the movie's best scenes, somehow finding a fresh way to handle the old cliché of the uninvited street people at a millionaire's party.

The movie also evokes the stylistic artifacts of the flower-power time. The love beads and vests and headbands and fringed jackets and all the other styles that were only yesterday, already look more dated than costumes from the 1940s. And it remembers the conflicts in lifestyles, mostly strikingly in scenes between the young black man (Dorsey Wright) who has joined the hippies, and the mother of his child (Cheryl Barnes), whom he left behind.

Ebertfest director ready to let ‘Hair’ down in C-U by Marcus Jackson
The following review of "Being There" was written by Roger Ebert and featured in the catalogue of Ebertfest 2017. It screened at the festival on April 22nd with cinematographer Caleb Deschanel in attendance. Here is the introduction to the film, followed by the Q&A posted after the review.

On the day that Kasparov was defeated by Deep Blue, I found myself thinking of the film "Being There'' (1979). The chess champion said there was something about the computer he did not understand, and it frightened him. There were moments when the computer seemed to be… thinking. Of course, chess is not a game of thought but of mathematical strategy; Deep Blue has demonstrated it is possible to be very good at it without possessing consciousness.

The classic test of Artificial Intelligence has been: Can a computer be programmed to conduct a conversation that seems human to another human? "Being There'' is a film about a man whose mind works like a rudimentary A.I. program.

His mind has been supplied with a fund of simplistic generalizations about the world, phrased in terms of the garden where he has worked all his adult life. But because he presents himself as a man of good breeding (he walks and talks like the wealthy older man whose house he lived in, and wears the man's tailored suits) his simplicity is mistaken for profundity, and soon he is advising presidents and befriending millionaires. 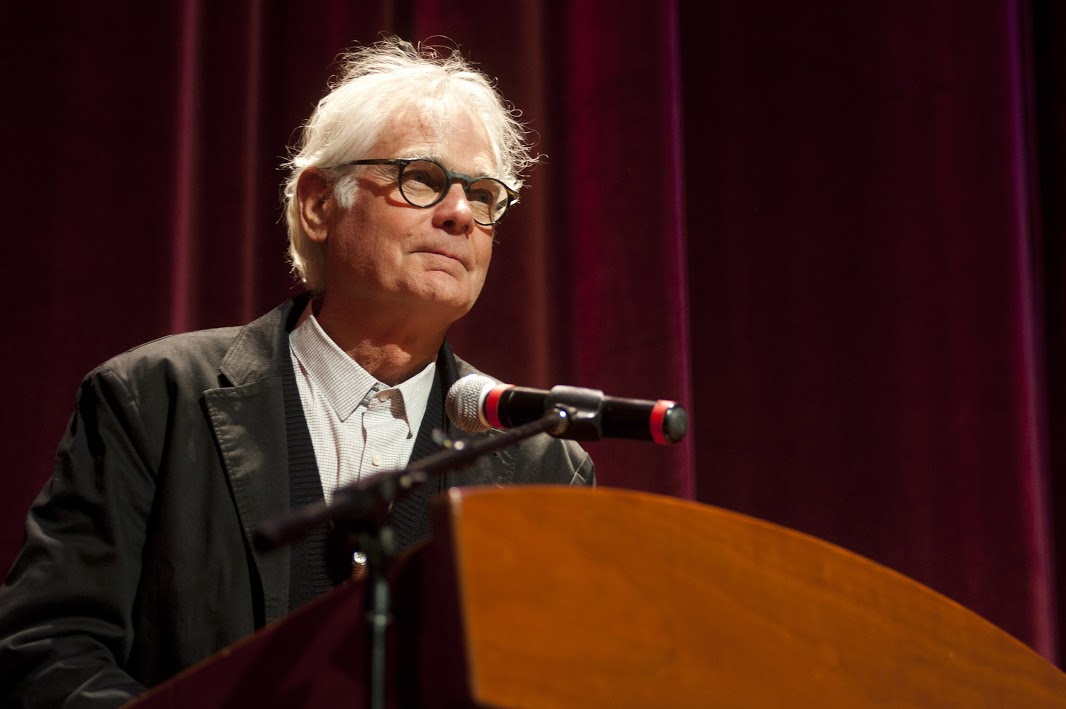 The man's name is Chance. We gather he has lived all of his life inside the townhouse and walled garden of a rich recluse (perhaps he is his son). He knows what he needs to know for his daily routine: Where his bedroom and bathroom are and how to tend the plants of the garden. His meals are produced by Louise, the cook. The movie provides no diagnosis of his condition. He is able to respond to given cues, and can, within limits, adapt and learn.

Early in the film he introduces himself as “Chance… the gardener,'' and is misunderstood as having said "Chauncey Gardener.'' Just the sort of White Anglo-Saxon Protestant (WASP) name that matches his clothing and demeanor, and soon he is telling the President: "Spring, summer, autumn, winter . . . then spring again.'' Indeed.

Chance is played by Peter Sellers, an actor who once told me he had "absolutely no personality at all. I am a chameleon. When I am not playing a role, I am nobody.'' Of course, he thought himself ideal for this role, which comes from a novel by Jerzy Kosinski. Sellers plays Chance as a man at peace with himself. When the old man dies, the household is broken up and Chance is evicted, there is a famous scene where he is confronted by possible muggers, and simply points a channel changer at them, and clicks. He is surprised when they do not go away.

Sellers plays Chance at exactly the same note for the entire film. He is detached, calm, secure in his own knowledge, unaware of his limitations. Through a series of happy chances, he is taken into the home of a dying millionaire named Benjamin Rand (Melvyn Douglas). The millionaire's wife Eve (Shirley MacLaine) establishes Chance in a guest suite, where he is happy to find a television (his most famous line is, "I like to watch.’’).

Soon the rich man grows to treasure his reassuring friend. The family doctor (Richard Dysart) is perceptive, and begins to have doubts about Chance's authenticity, but silences himself when his patient says Chauncey "has made the thought of dying much easier.'' Chauncey is introduced by Ben to the president (Jack Warden), becomes an unofficial advisor, and soon is being interviewed on television, where his insights fit nicely into the limited space available for sound bites. 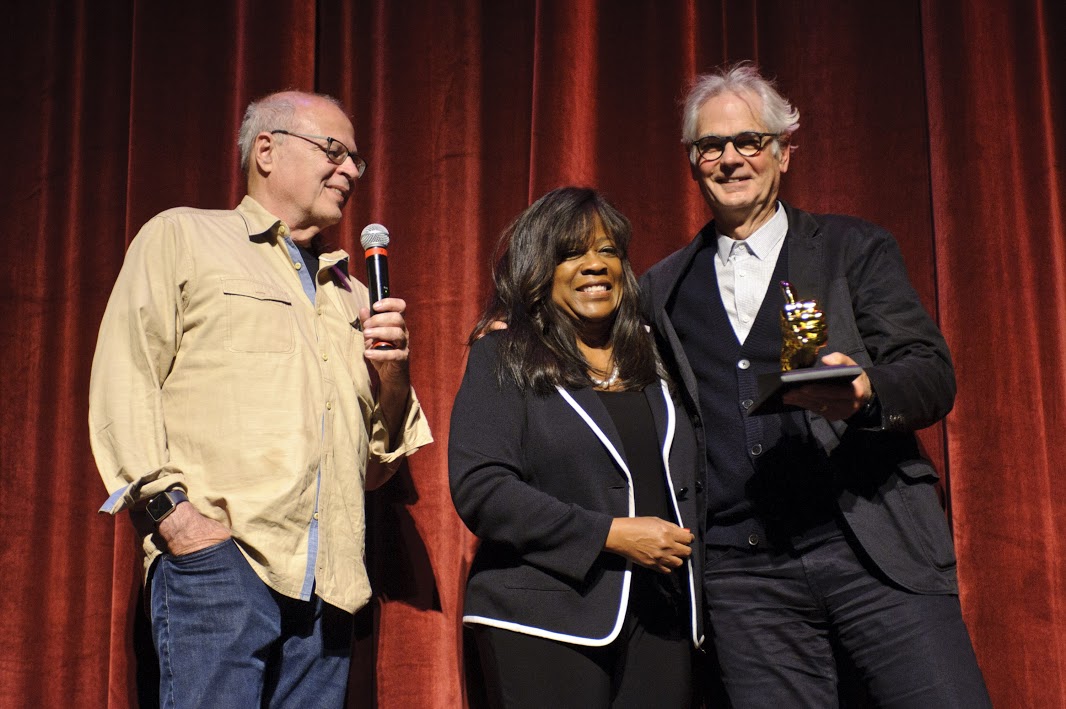 Satire is a threatened species in American film, and when it does occur, it's usually broad and slapstick, as in the Mel Brooks films. "Being There,'' directed by Hal Ashby, is a rare and subtle bird that finds its tone and stays with it. It has the appeal of an ingenious intellectual game, in which the hero survives a series of challenges he doesn't understand, using words that are both universal and meaningless. But are Chance's sayings noticeably less useful than when the president tells us about a "bridge to the 21st century?'' Sensible public speech in our time is limited by (1) the need to stay within he confines of the 10-second TV sound bite; (2) the desire to avoid being pinned down to specific claims or promises; and (3) the abbreviated attention span of the audience, which, like Chance, likes to watch but always has a channel-changer poised.

If Chance's little slogans reveal how superficial public utterance can be, his reception reveals still more. Because he is WASP, middle-aged, well-groomed, dressed in tailored suits, and speaks like an educated man, he is automatically presumed to be a person of substance. He is, in fact, socially naive ("You're always going to be a little boy,'' Louise tells him). But this leads to a directness than can be mistaken for confidence, as when he addresses the president by his first name, or enfolds his hand in both of his own. The movie argues that if you look right, sound right, speak in platitudes and have powerful friends, you can go far in our society. By the end of the film, Chance is being seriously proposed as a presidential candidate. Well, why not? I once watched Lamar Alexander for 45 minutes on C-SPAN as he made small talk in a New Hampshire diner, and heard nothing that Chance could not have said.

The film is not flawless. There are two sex-oriented subplots, and neither one is necessary. The story of the president's impotence could have been completely dispensed with. And the seduction attempt by Shirley MacLaine, as the millionaire's wife, requires her to act in a less intelligent way than she should. MacLaine projects brains; she, like the doctor, should have caught on, and that would have created more intriguing scenes than her embarrassing poses on a bear rug.

In the much-discussed final sequence of "Being There,'' Chance casually walks onto the surface of a lake. We can see that he is really walking on the water, because he leans over curiously and sticks his umbrella down into it. 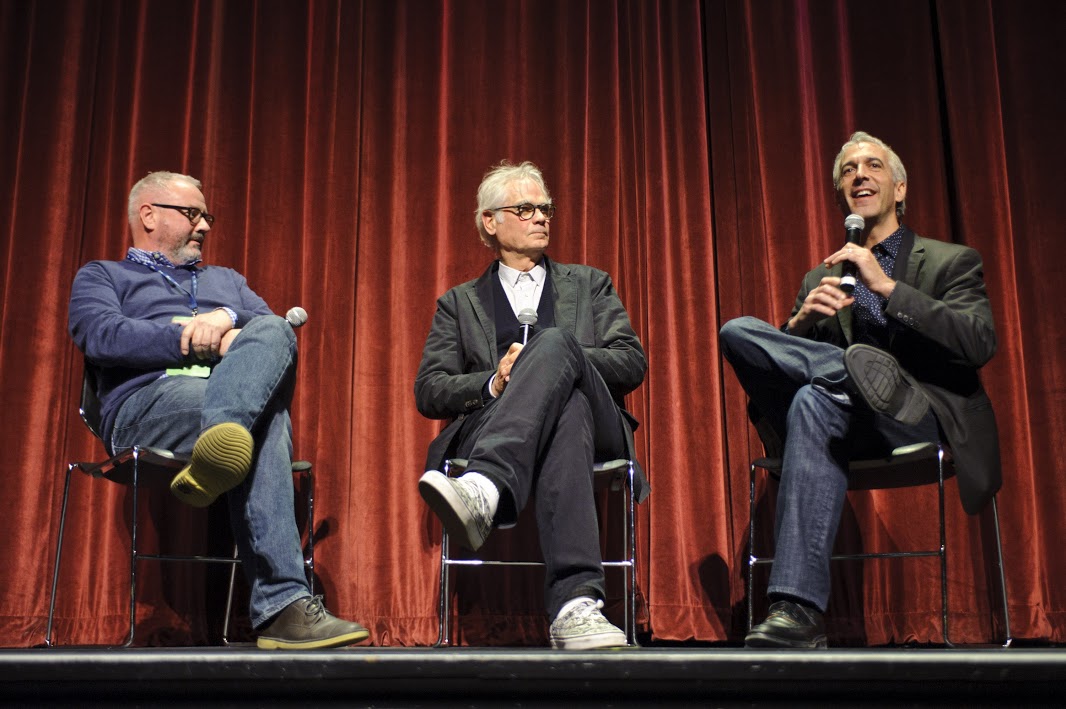 When I taught the film, I had endless discussions with my students over this scene. Many insisted on explaining it: He is walking on a hidden sandbar, the water is only half an inch deep, there is a submerged pier, etc. "Not valid!'' I thundered. "The movie presents us with an image, and while you may discuss the meaning of the image it is not permitted to devise explanations for it. Since Ashby does not show a pier, there is no pier — a movie is exactly what it shows us, and nothing more,'' etc.

So what does it show us? It shows us Chance doing something that is primarily associated with only one other figure in human history. What are we to assume? That Chance is a Christ figure? That the wisdom of great leaders only has the appearance of meaning? That we find in politics and religion whatever we seek? That like the Road Runner (who also defies gravity) he will not sink until he understands his dilemma?

The movie's implications are alarming. Is it possible that we are all just clever versions of Chance the gardener? That we are trained from an early age to respond automatically to given words and concepts? That we never really think out much of anything for ourselves, but are content to repeat what works for others in the same situation?

The last words in the movie are, "Life is a state of mind." So no computer will ever be alive. But to the degree that we are limited by our programming, neither will we. The question is not whether a computer will ever think like a human, but whether we choose to free ourselves from thinking like computers.