Ebertfest 2016 runs from April 13th through April 17th in Champaign, Illinois. To purchase tickets, click here. The following article was written by Mariah Schaefer of The Daily Illini.

When Chaz Ebert introduced Haskell Wexler as a special guest at the 2013 Ebertfest and said he was going to receive a Golden Thumb, Wexler smiled and bounced onto the stage at the Virginia Theatre.

“Now you have a Thumb and an Academy Award,” Chaz Ebert said as Wexler thanked her.

Wexler, a cinematographer with more than 80 credits to his name on IMDb, was the recipient of the Roger Ebert’s Film Festival dedication in 2013. This year, the festival is once again dedicated to Wexler, who passed away last year at age 93.

Because Wexler, a Chicago native, was “such a friend of the festival and such a supporter of excellence in cinema,” the festival coordinators decided to dedicate Ebertfest to him again this year, said Nate Kohn, festival director.

What stood out to Kohn at the 2013 Ebertfest was how Wexler was a perfect guest because he was very present
at the festival and stayed for the entirety of Ebertfest, along with his wife, Rita Taggart. 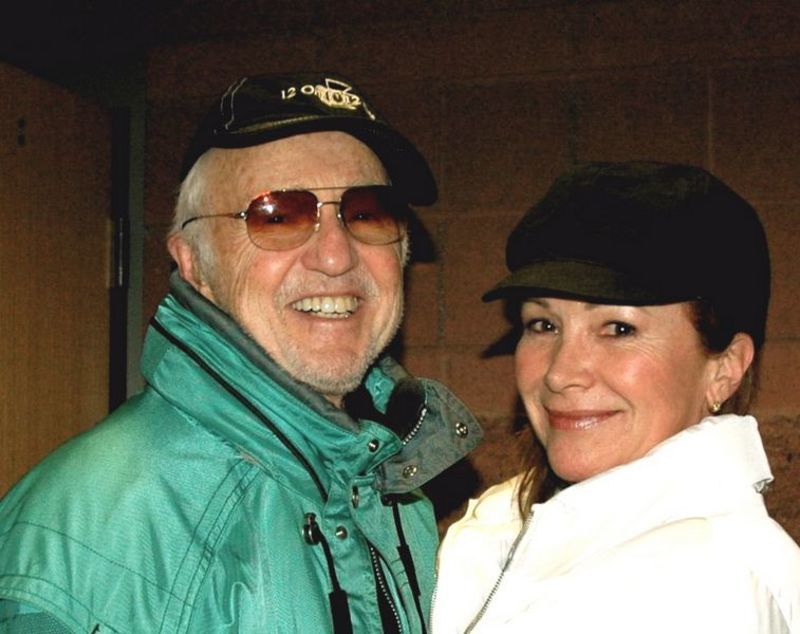 “When he was at the festival, he always walked around with a small digital camera, and he just took pictures of everything and of everybody,” Kohn said. “He had the ability to hold this small camera extremely steady as he moved and walked, and you could tell that he knew what he was doing as a cinematographer.”

Kohn said the Eberts had known Wexler for years and years, and Roger Ebert suggested dedicating the festival to Wexler in 2013 because he admired him, the body of his work and his social activism.

After Wexler’s death, Chaz Ebert said on RogerEbert.com, “Roger always wrote highly of Haskell’s work, often noting (like in his 4-star review of ‘Bound for Glory’) about how he expected such images to last with him a lifetime.”

Wexler attended Ebertfest in 2013 for the showing of 1978’s “Days of Heaven,” for which he shot more than half of the cinematography.

Throughout his career, Wexler was nominated five times for an Academy Award and won two Best Cinematography Oscars, one for “Who’s Afraid of Virginia Woolf?” in 1967 and one for “Bound for Glory” in 1977.

When accepting his Oscar for “Who’s Afraid of Virginia Woolf?” Wexler ran up to the stage and said, “I hope we can use our art for peace and for love. Thanks.” 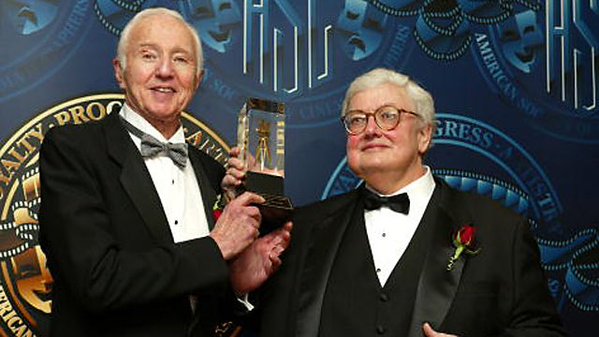 In 1968, Wexler wrote, filmed and directed the film “Medium Cool” during the Democratic Convention in Chicago. The film was released in August 1969, and Kohn said Roger Ebert loved it. “Medium Cool” was shown at Ebertfest in 2003, a decade prior to when the festival was dedicated to Wexler.

Wexler was born on Feb. 6, 1922, in Chicago and died on Dec. 27, 2015, in Santa Monica, California. He began his cinematography career in the 1950s. Throughout his career, he shot both feature films and documentaries. Wexler also served as director, producer, writer and actor in many projects.

“Haskell Wexler just exemplified all that Roger loved about cinema,” Kohn said. “He was a passionate artist who was respected by everyone in the industry.” 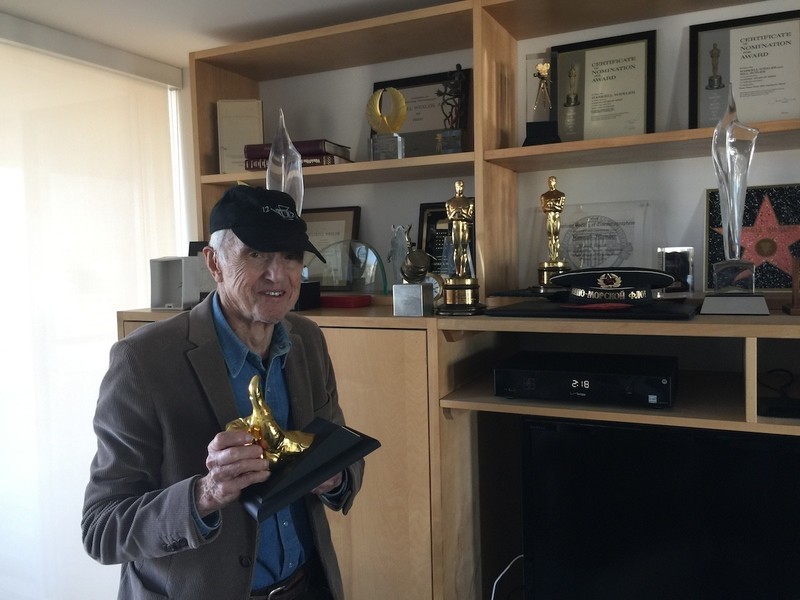 The following excerpts of remembrances were published at RogerEbert.com a day after Haskell's death. To read the full article, click here.

“Haskell was revered as much for his social activism as he was for his film work, and was a tireless advocate for those who had no voice. He spoke truth to power whether he was advocating on behalf of shorter hours on film sets or for safer work conditions on sets.”—Chaz Ebert

“I met Haskell a couple of times through Daryl Hannah, (Haskell's niece). He was a kind man—I recall watching a Chicago Bulls basketball game at Daryl's house in Santa Monica. While the emotions of the game swept the room, I could sense Haskell watched the game through a different lens—he was viewing something we couldn't see. I was curious, and he just smiled. Haskell didn't say anything. I believe he appreciated the gift of seeing a situation.”—Michael Polish, director of the Ebertfest 2016 selection, “Northfork”

“Haskell was perennially young and forever committed to whatever cause needed him. He was anti-mainstream but capable of reaching large audiences if by default. He was a man—paraphrasing Brecht—that fought always for what was right and was thus indispensable. His loss feels harder when you realize how many real-world issues he tackled through his art and generosity.”—Guillermo del Toro, director of the Ebertfest 2016 opening night selection, “Crimson Peak”