Roger, You Would Love Ebertfest 2016

With Chris Rock’s Oscar monologue about diversity still fresh in our minds, the 18th annual Ebertfest is geared toward championing diversity in all its forms. Both Roger and I believed that one of cinema’s chief purposes is to enable audiences to view the world through the eyes of another, enabling us to empathize with the perspectives of different people both domestically and from around the globe. We will be celebrating female directors and actors and technicians, older filmmakers, filmmakers documenting peace in the Middle East, and African-American directors, as well as directors from Mexico and the Netherlands by way of Australia. Our panels will tackle topics of inclusiveness and how that adds to a civility that we aren’t finding in some of our presidential debates this year.  And for the very first time we will introduce the inaugural Ebert Humanitarian Award, given to a film which exemplifies empathy to the nth degree. The Festival will take place at the beautiful historic Virginia Theater in collaboration with Roger's alma mater, the University of Illinois at Urbana, Champaign. 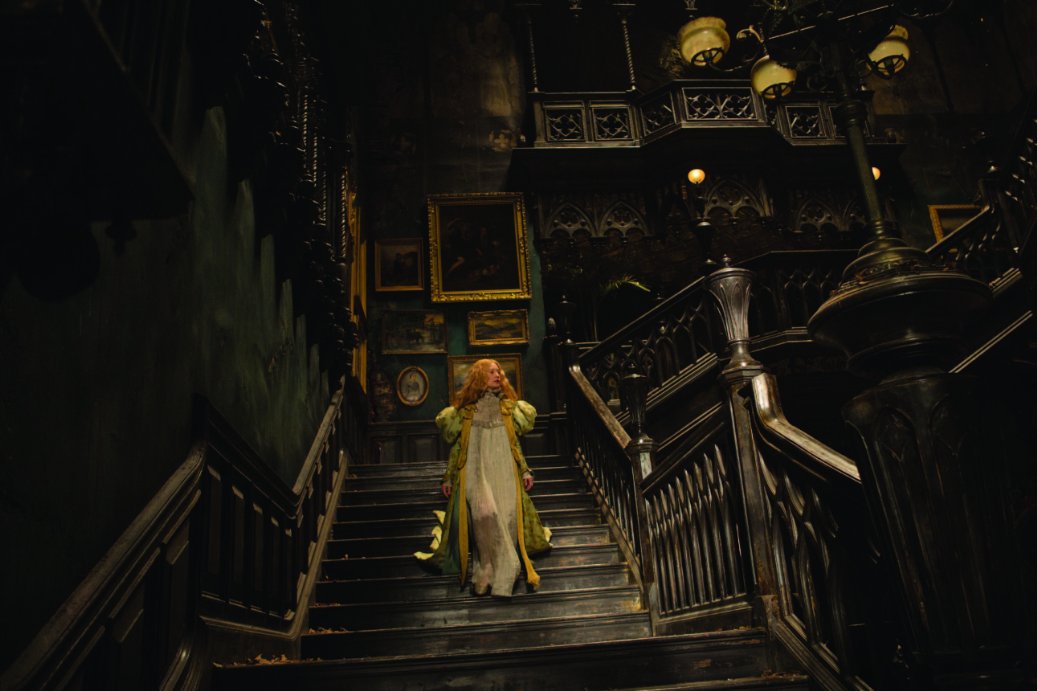 Once again, we are striving to shine a light on films that deserve to be rediscovered, including underrated gems from last year. We’re thrilled to welcome Mexican director Guillermo del Toro, the visionary auteur best known for his 2006 masterwork, “Pan’s Labyrinth,” a film Roger so loved that he inducted it into his Great Movies series a mere year after its release. I wish Roger had been able to see Del Toro’s latest visual marvel, “Crimson Peak,” the gothic horror fantasy that will open Ebertfest 2016. 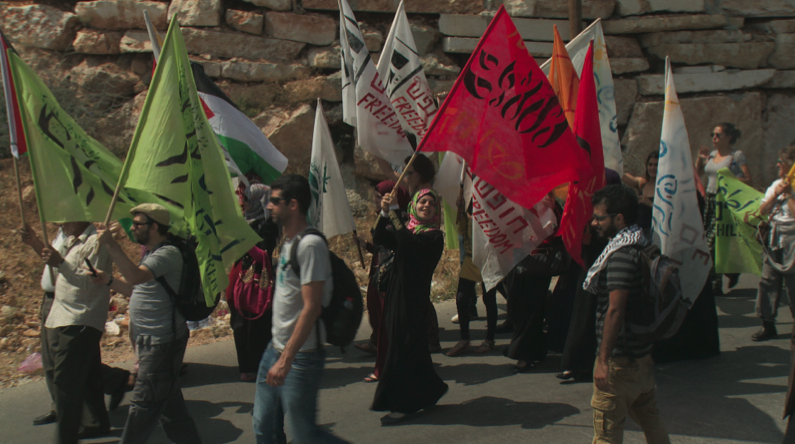 We will also have “Disturbing The Peace,” a film about Israelis and Palestinians who buck the powers that be in order to strive for peace. Once enemy combatants, they go through a miraculous transformation to form a coalition called the Combatants for Peace. It is a powerful story of the human potential unleashed when we stop participating in a story that no longer serves us, and with the power of our convictions take action to create a new possibility. The film’s director, Steve Apkon, and co-director and cinematographer, Andrew Young, will be here. Joining them will be the Story Consultant Marcina Hale and some of the Combatants for Peace (Chen Alon and Sulaiman Khatib) who will be visiting from Israel. This film, illustrating a powerful aspect of empathy, will receive the first Ebert Humanitarian Award. 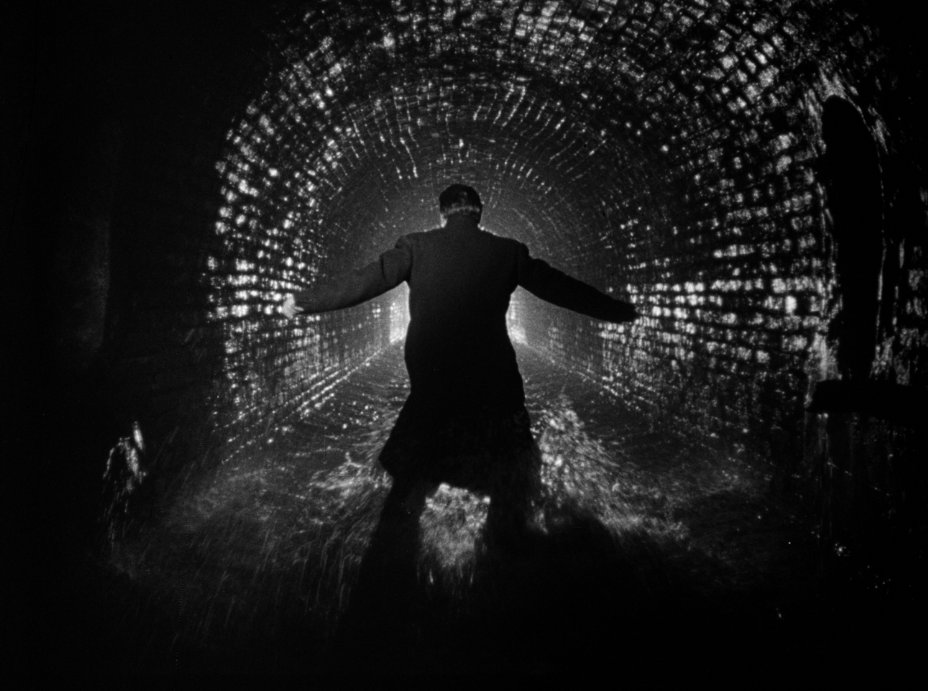 We will also be screening several of Roger’s favorite films, all of which he awarded four stars. Legendary script supervisor and filmmaker Angela Allen will accompany a screening of Carol Reed’s 1949 extraordinarily restored masterpiece, “The Third Man,” a film Roger ranked alongside the greatest films of all time. “It told a story of existential loss and betrayal,” wrote Roger. “It was weary and knowing, and its glorious style was an act of defiance against the corrupt world it pictured.” This screening is made possible by a grant from the Hollywood Foreign Press Association. 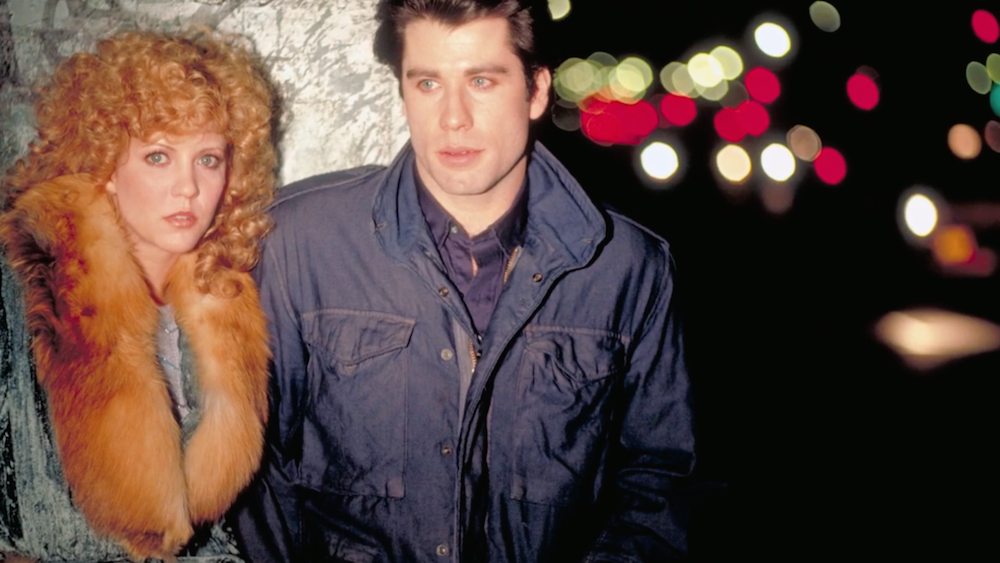 Another famous Allen attending our festival—unrelated to Angela—is actress Nancy Allen, who was so unforgettable as the scheming bully in Brian De Palma’s “Carrie.” She’ll be joining us to discuss another De Palma classic, 1981’s “Blow Out,” which Roger hailed as the director’s “best and most original work.” We hope to also get Ms Allen's perspective on women and Hollywood. In addition to her acting career she has been a generous philanthropist.

A film that will be especially glorious to experience on the big screen is 2003’s “Northfork,” a film Roger compared to Terrence Malick’s “Days of Heaven” and Wim Wenders’ “Wings of Desire.” “The movie is visionary and elegiac, more a fable than a story, and frame by frame, it looks like a portfolio of spaces so wide, so open, that men must wonder if they have a role beneath such indifferent skies,” wrote Roger. The film’s director, Michael Polish, will join us. 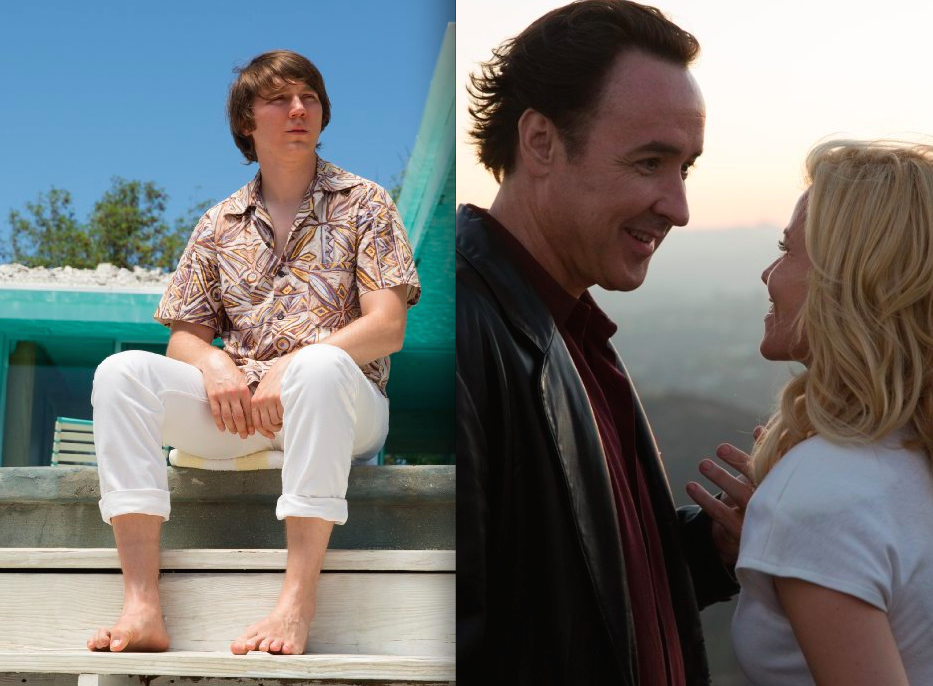 Beach Boys fans will be especially pleased with our next selection, “Love & Mercy,” a widely acclaimed film on the life of the band’s iconic leader, Brian Wilson, played at different ages in widely acclaimed performances by John Cusack and Paul Dano. This film is being sponsored by the Champaign County Alliance for Acceptance, Inclusion and Respect, which strives for, among other things, the destigmatization of mental illness. The guests for this film have not yet been confirmed. 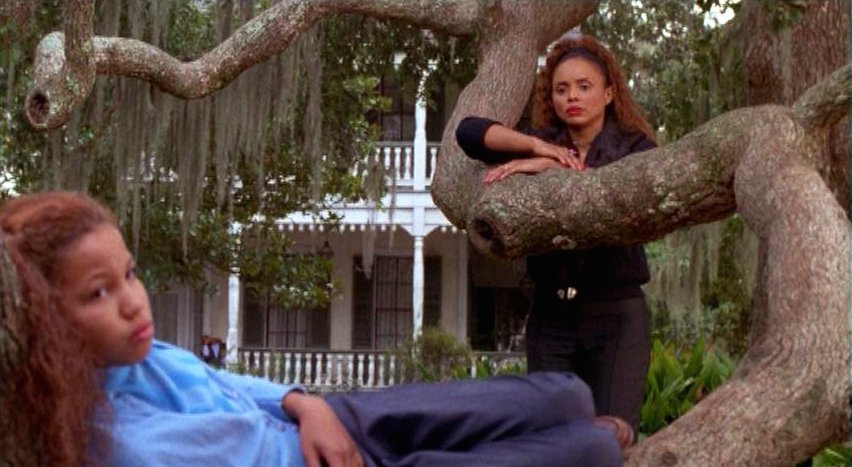 The incomparable director Kasi Lemmons will be on hand to discuss her 1997 debut, “Eve’s Bayou,” which Roger declared as “one of the very best films of the year” and “a film of astonishing maturity and confidence.” “She sets her story in Southern Gothic country, in the bayous and old Louisiana traditions that Tennessee Williams might have been familiar with, but in tone and style she earns comparison with the family dramas of Ingmar Bergman,” wrote Roger. 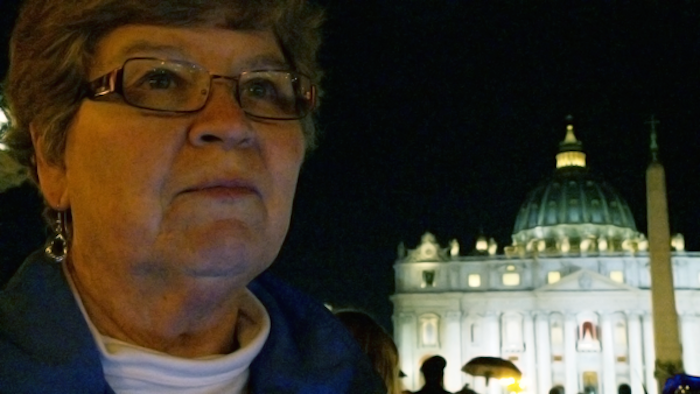 Joining her are three women, one of whom helmed her first documentary last year, and the film is a remarkable achievement. Windy City documentarians Rebecca Parrish and Nicole Bernard-Reis will be here with “Radical Grace,” their life-affirming profile of the Nuns on the Bus, who became engaged in social activism despite protests from the Vatican.  Also composer, Heather McIntosh will appear. Her score moved the audience to tears. This film won the Chicago Award at last year’s Chicago International Film Festival. Director Parrish,  producer Bernard-Reis and composer McIntosh will be joined on stage by Father Mike Pfleger, the nationally acclaimed activist priest from the southside of Chicago who stands up for justice even when he has to speak truth to power. He was portrayed by John Cusack in Spike Lee’s recent film, “Chi-Raq.” 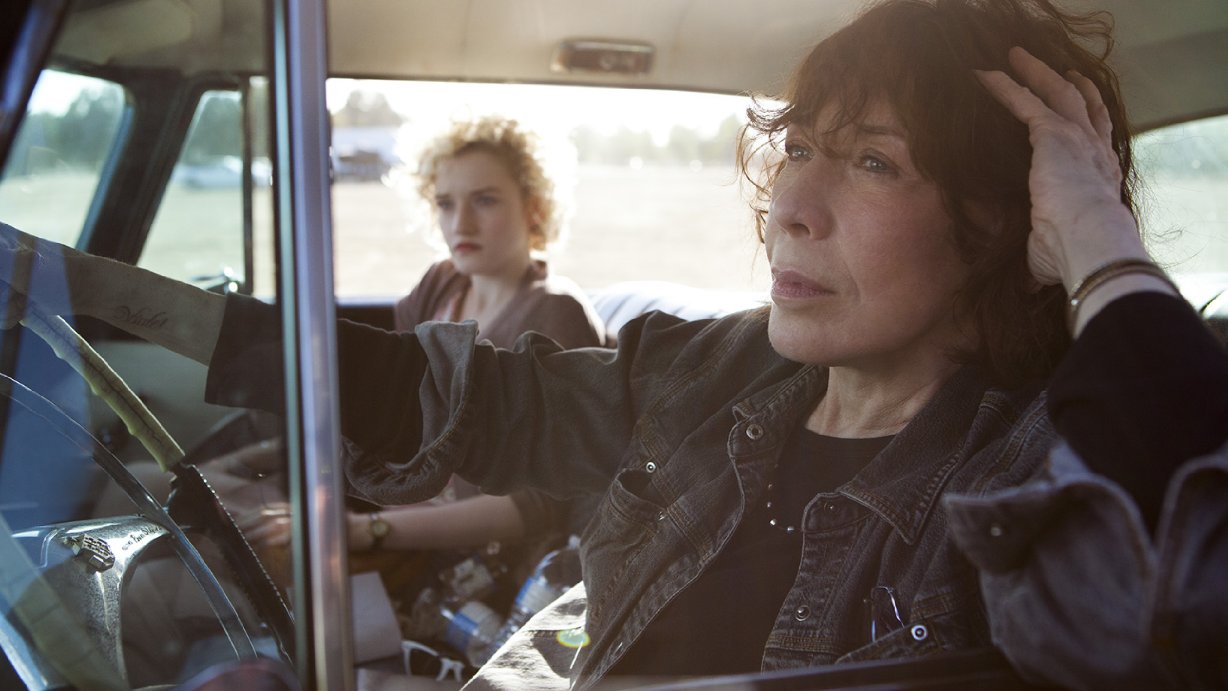 The iconic Lily Tomlin will headline “Grandma,” a film about a 70 year old worldly grandmother who is on a mission to help her granddaughter with an unwanted pregnancy. The film’s director Paul Weitz (“About A Boy,” “American Pie”) and it’s producer, Andrew Miano, will join us.

This year’s installment of Ebertfest marks the first time in our history that two silent films are included in our scheduled pogramming. The wonderful Alloy Orchestra (Terry Donahue, Ken Winokur and Roger Miller) will deliver its fifteenth or sixteenth performance at our festival, providing a live accompaniment to Marcel L'Herbier’s staggering 1924 landmark, “L’Inhumaine” (“The Inhuman Woman”). French film historian Richard Neupert will be on hand to discuss the film with the Alloy Orchestra. This French silent science fiction movie stirred controversy at it's release, predicted television, and gathered many avant-garde artists during it's day including Picasso, Man Ray, James Joyce, Ezra Pound and the Prince of Monaco. 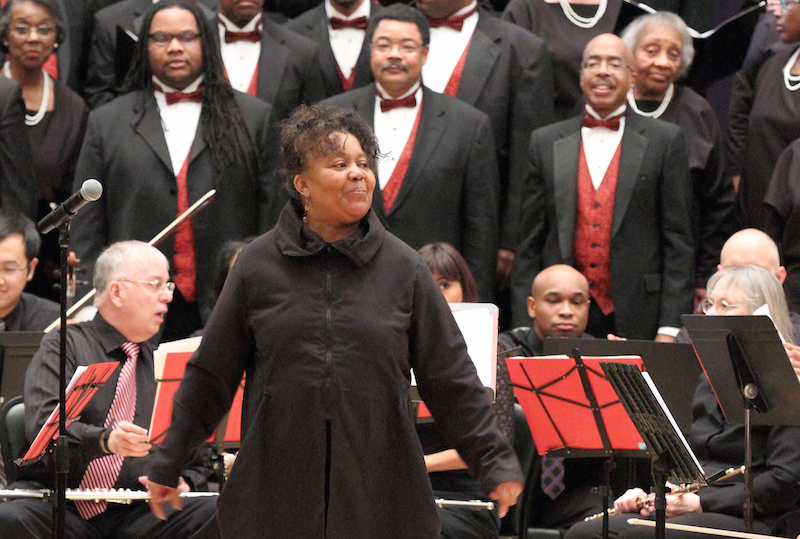 Renee Baker and The Chicago Modern Orchestra Project will be making their Ebertfest debut when they perform their new jazz score for 1925’s “Body and Soul,” directed by the trailblazing black filmmaker Oscar Micheaux. “Body and Soul” marked the film debut of legendary actor Paul Robeson, who plays a double role of the villain and the preacher. In another first, the entire 13-piece orchestra of the Chicago Modern Orchestra will perform in the orchestra pit of the Virginia Theater. That will take some doing as the pit was built to hold about ten musicians. 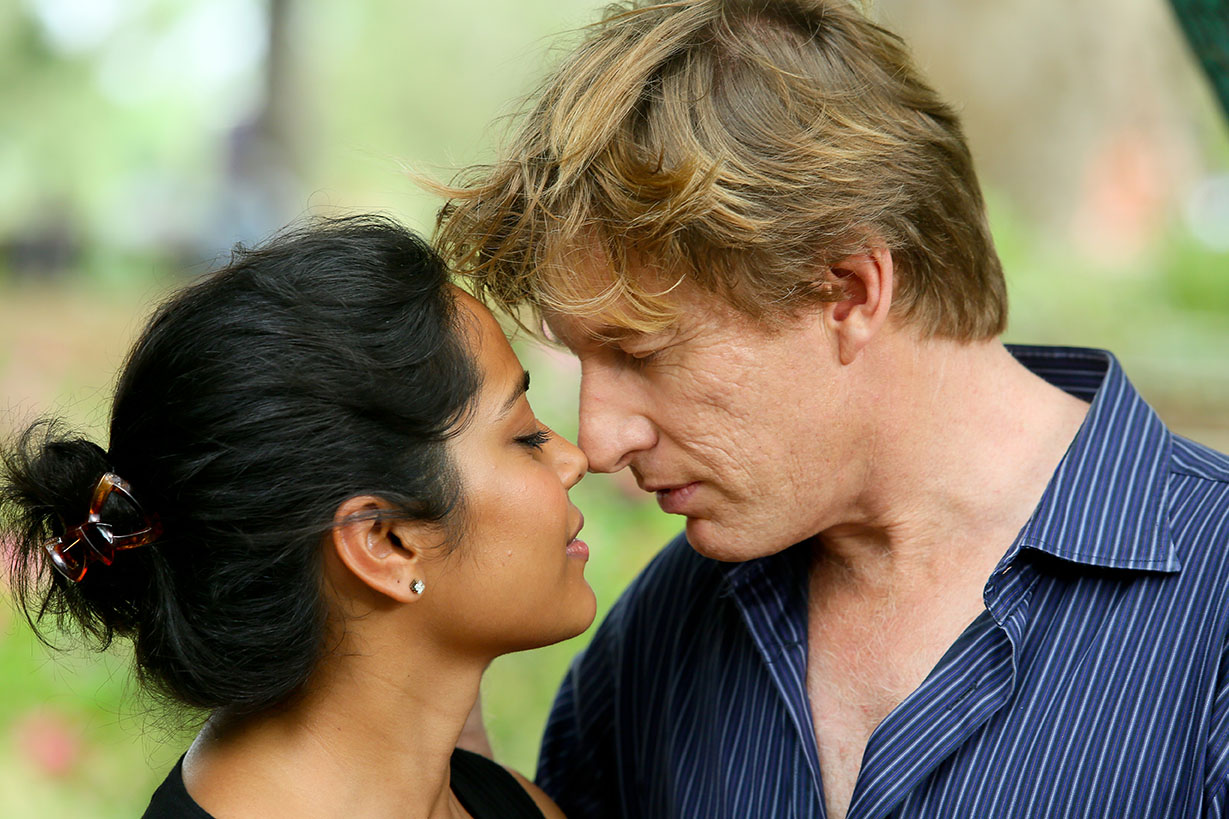 And last but not least, we will welcome back director Paul Cox with his new romantic film, “Force of Destiny,” which tackles some of the issues he confronted with his liver transplant. I’m especially excited that Cox will be here to present “Force of Destiny,” since it will serve as the film’s United States premiere. Joining him will be the object of his love, Rosie Raka.

This year we will also have a special treat for students at the University the night before Ebertfest begins. There will be a screening of Richard Linklater's new film, "Everybody Wants Some," with guests taking place Tuesday night, April 12, in Foelinger Auditorium.

So come join us for Ebertfest 2016. For more information and to purchase tickets click here.