For those who believe that 80 percent of success is showing up (a quote that generally seems to be attributed to Woody Allen), Kelly Reichardt's "Showing Up," a late-arriving, funny, and fully wonderful highlight of the Cannes competition, says that, no, 80 percent of success is much tougher, more tedious, and more exasperating. The film centers on Lizzy (a superbly sullen Michelle Williams), a Portland, Oregon, ceramics sculptor preparing for a new show. She comes from an artistic family; Maryann Plunkett and Judd Hirsch play her separated parents, and their appreciation of what she's doing somehow only makes things more frustrating at this particular time.

The lead-up to the show is a steady accumulation of petty hassles. Lizzy's landlord (Hong Chau), a fellow artist for whom achievements appear to proliferate effortlessly (she has two shows at once), has been slow in fixing Lizzy's water heater, leaving Lizzy without a place to shower. Lizzy's cat attacks a pigeon that needs to be taken to the vet and nursed back to health. (It testifies to how light Reichardt's film, written with her usual scripting collaborator Jon Raymond, is on its feet that it gets away with the hoary symbolism of a character tending to a wounded bird.) The kiln, run by an artist played by André Benjamin of Outkast, chars Lizzy's favorite piece in an unexpected way. And Lizzy's unstable brother (John Magaro, from Reichardt's "First Cow") is only intermittently reachable.

The considerable poignancy and wisdom of the film comes from an idea that Lizzy voices—that, essentially, things often happen the way people hope they will, but not on schedule. "Showing Up" is surely one of the most accurate screen depictions ever of the loneliness and small-bore milestones of the life of an artist. Reichardt's comic detailing is so fine that it's really only in the film's back half—after what seems to be a lot of slight, quotidian activity—that you realize just how much "Showing Up" is a comedy, and a life-affirming one at that. If "Showing Up" had screened earlier in the week, before people started leaving Cannes, it would have been the talk of the festival.

With the Japanese director Hirokazu Kore-eda, you never quite know who's going to show up. It might be the tender, Palme d'Or–winning filmmaker of "Shoplifters," "Still Walking," and "After Life." Or it might be the more erratic, tonally wobbly director behind "The Third Murder" and "Air Doll," although he is by all accounts the same person.

"Broker," a Korean-language effort (Kore-eda's previous feature, "The Truth," was in French), finds the filmmaker having one of his off days. The plot begins with So-young (Lee Ji-eun, the South Korean singer who goes by the name IU) leaving a baby in a drop box. Two detectives (Bae Doo-na and Lee Joo-young) are staking out the spot, because they've been monitoring a team of baby-snatchers (Song Kang-ho and Gang Dong-won) who take infants intended for adoption and sell them directly to parents stymied by the official process.

When So-young comes back to retrieve her infant, she ends up accompanying these self-appointed storks on their sales mission, in a kinship that becomes even less persuasive as the movie goes along. The details of So-young's past come to light and there are further interactions with the detectives, whose sympathy for her strains credulity and whose actions go far, far beyond the call of duty.

Kore-eda labors to present this material as heartwarming even as the characters seem at best mercenary and dangerous. (For American viewers, the timing vis-à-vis the leak of a draft Supreme Court opinion that mentions anonymous baby drop-offs inevitably burdens the movie with extra-cinematic associations.) "Broker" might have played well as a thriller, but the material is a poor fit for one of Kore-eda's ostensibly kindhearted dramas.

Lukas Dhont's 2018 film "Girl" became controversial for its handling of transgender issues, and his new film, "Close," deals similarly indelicately with the issue of—well, it might qualify as a spoiler to say. The movie involves two schoolboys (Eden Dambrine and Gustav De Waele) who are impossibly and idyllically close. The extreme tightness of their bond means it's clear from the opening minutes that something horrible will happen to one of them. 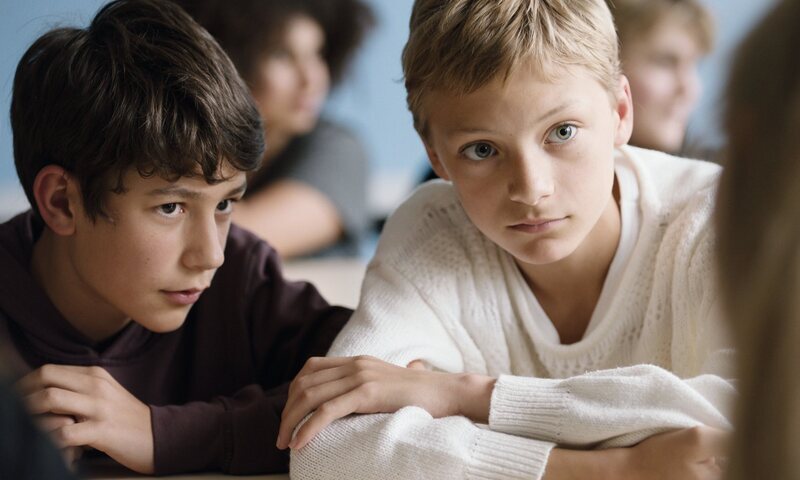 But there's no depth to the film's treatment of the fallout, only contrived plot situations and a lot of shameless manipulation designed to maximize tears. Judging from the reaction of some colleagues who consider the movie a serious Palme contender, Dhont's emotional strong-arming has paid off. But this is a shallow, calculating film masquerading as a sensitive one.