All eighteen films selected for the Cannes competition make their international debut as equals, but some are more equal than others in terms of buzz, expectation, and the odds placed on a highly regarded director’s risk of a precipitous tumble from grace. Mike Leigh’s "Mr. Turner," one of the most hotly anticipated films of the festival, premiered today.  Atypically for the director, it’s a biopic based on the last twenty-five years in the life of the British painter J.M.W. Turner.

Leigh is a realist who famously develops his scripts only after putting his chosen actors through a long and rigorous process of improvisation around a skeleton of a theme. His extensive body of work, including Oscar-nominated films "Another Year," "Happy-Go-Lucky," "Vera Drake," and "Secrets & Lies" have all been set in contemporary times. Just how and if he could handle a period costume drama certainly figured in the advance buzz around "Mr. Turner."

Terms like biopic and costume drama don’t begin to put an accurate label on the experience of this film. Not everyone was loving it, and I sat next to a critic who wasn’t, but I found it constantly surprising, full of exceptional life and spirit that I never expected of the genre, and often moving.

Billy Turner (Leigh regular Timothy Spall) is fascinating and repellent, crude, awkward, brutish, and, paradoxically, exquisitely attuned to the sights and light of the world around him. Spall personifies a monster of sorts, an ugly, jowly, bulldog of a man whose verbal communication with his fellow creatures, many of whom he disdains, are often limited to throaty growls and grunts.  The act of painting is for him a harsh and violent process involving not just brushstrokes, but spitting, rubbing, and vigorous stippling. 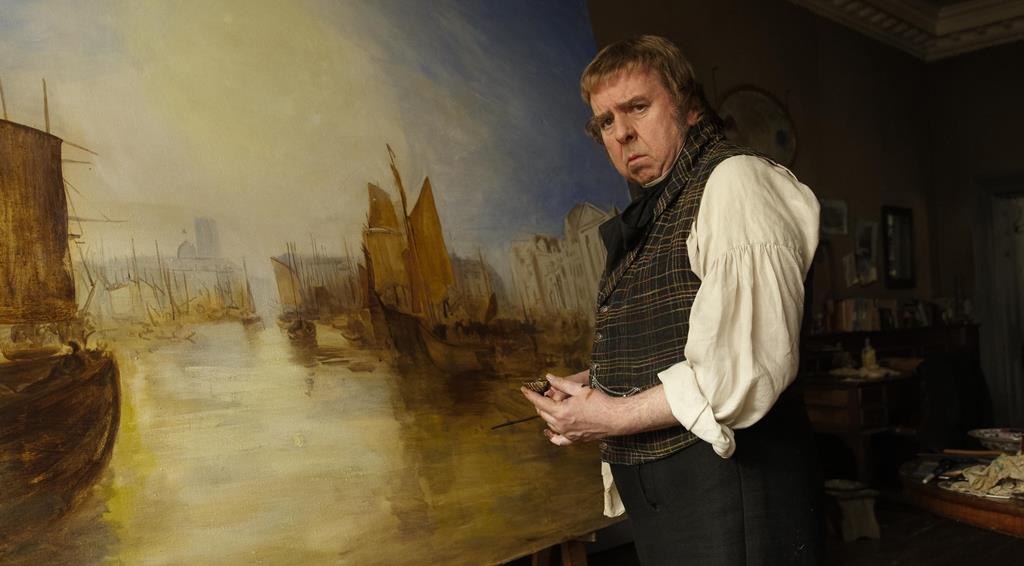 When the film opens in approximately 1826, Turner is already an established painter of major reputation. He’s a 51-year-old member of the Royal Academy, notorious as much for his difficult personality and his complicated personal life as for his controversial, semi-abstract maritime paintings. He lives with his elderly father, to whom he is greatly attached, and a housekeeper who is attached to him but whom he uses callously in a barnyard sort of coupling when the mood strike him. At this time, the additional complexities of his private life encompass a harridan of a former mistress who is the mother of his two adult daughters, a grandchild, and the occasional prostitute.

"Mr. Turner" involves a vast cast of characters, many of them historical figures, including rival painter John Constable and a host of other artists of the period, scientist Mary Somerville, writer John Ruskin, daguerreotype photographer J.J.E. Mayall, and briefly, Queen Victoria and Prince Albert.  It’s no exaggeration to say that there are no minor characters in a Leigh film. His method of development is such that every role, no matter how small, is fully formed and thoroughly inhabited; each character a persona with its own psychology, mannerisms and internalized history.

The beauty of Leigh’s method is revealed in the depth of emotion that his characters are able to evoke through encounters that are so natural and unforced that any sense of scripting disappears in the authenticity of the moment. After the death of Turner’s father, he visits a brothel to sketch a wary young prostitute whom he has placed in a pose of exaggerated melancholy on the bed. The process pulls a cork on his massive grief and he begins to cry with heavy, snorting sobs, quakes and jerks of the head.

One of the most moving scenes is between Turner and Mrs. Booth, the woman who will become his mistress for the final years of his life. She is a widowed landlady in the seaside town of Margate where he regularly goes to paint under an assumed identity. This is as awkward a courtship scene as has ever been put on film, but in its halting and unromantic words, pained silences, and meanings unsaid but understood, it is a profound and lovely one.

Leigh’s approach to the evocation of the Georgian/early Victorian era, which was simultaneously the period of the early Industrial Revolution, is unrivaled. As someone who has made an occasional hobby of studying the industrialization of the era, I was blown away by the staggering authenticity. The interiors, paintings, costumes, textiles, china, pottery, glassware, ceramic ornaments, machinery and devices are all fully integrated into the whole of the vision just as Leigh’s characters. His recreation of the gallery of the Royal Academy with gilt-framed paintings mounted edge-to-edge, wall-to-wall and ceiling-to-ceiling is a marvel.

Part of the magic Leigh achieves is to make the viewer see the world through Turner’s eyes. When the artist glimpses his first steam train, belching great fogs of smoke through a line of trees, it becomes the inspiration for his painting "Rain, Steam, and Speed—The Great Western Railway." His wonder and awe become ours. When he chortles with contempt at two Pre-Raphaelite paintings at the Academy, these now-iconic works suddenly seem as cheap and crass as greeting card art. In all, "Mr. Turner" is itself the work of an artist, a master of world cinema at the height of his powers. 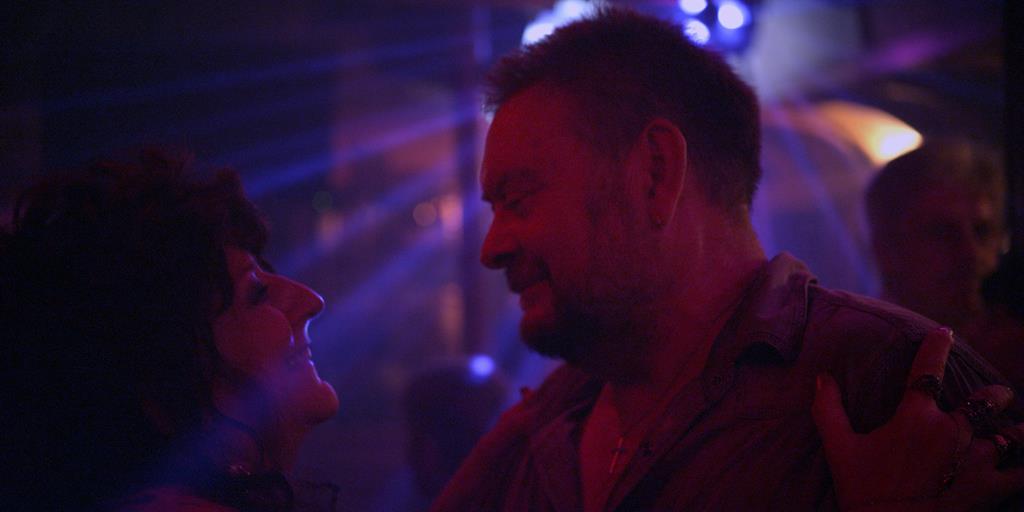 Moving from the world of Turner to a contemporary age pole dancers, and incest was a jarring prospect. In light of Jane Campion’s comments on the presence of female directors at the festival, I was looking forward to seeing the first two films showcased in the Un Certain Regard section, both by women. "Party Girl," from France, is co-directed by Marie Amachoukeli, Claire Burger, and Samuel Theis. "That Lovely Girl," from Israel, is by Keren Yedaya.

"Party Girl" is a drama in which all the key characters play lightly fictionalized versions of themselves. The main character Angelique, a 60-year-old former pole-dancer and bar hostess on the verge of marrying one of her patrons, is the mother of co-director Theis, who plays himself as one of her semi-estranged adult children. "That Lovely Girl" portrays an abusive, punishingly traumatic May-December relationship between a man and a woman who are also father and daughter.

It’s ironic that the festival scheduled both films to play in virtually back-to-back press screenings, as both are grim, dark visions by women; of used and abused women caught in the pattern of self-destructive impulses and at the mercy of forces greater than themselves. There is neither hope for change nor redemption for the women in either film. In view of the scarcity of films by women in this or any festival, it’s a disturbing thought on which to end the day.