They used to make movies about young women who were earnest librarians, and wore horn-rim glasses, and put their hair up in buns, and never had any fun.

At about the half-hour mark, the Cary Grant type would deliver the immortal line, "You know . . . when you take off your glasses and let down your hair - you're beautiful!" And then the librarian would be freed from her enslavement to the Dewey Decimal System to embark on a life of romance.

It is perhaps an omen of the times we live in that "Party Girl" reverses this formula. As the movie begins, our 23-year-old heroine, Mary (Parker Posey) is being arrested for throwing a wild party.

Eventually she is evicted from her Manhattan apartment for nonpayment of rent, at about the same time she develops a crush on a falafel vendor. Is there any hope for her? Her godmother, who works at the library, offers her a job as a clerk, and Mary puts on horn-rim glasses and announces she wants a job in library science. I cannot remember if she does her hair up in a bun.

Mary is one of those free spirits in a line coming down from Holly Golightly through Annie Hall to Nola Darling in "She's Gotta Have It." She creates her own fashions, marches to her own drummer and is prepared to pay the price. The problem is that the price has gone up. To lead the life of a free spirit in Manhattan, you need an apartment, and although Mary valiantly tries to support herself by throwing rent parties, the rent these days requires too many parties.

Maybe she could get a . . . job? The movie supplies an inventory of what she's good at: "partying, flirting, making stuff up . . ." She's plucky and resilient, however, and maybe that's what attracts Mustafa (Omar Townsend), who has a sidewalk falafel cart and is so attractive that she goes out and buys a Lebanese phrase book just so she can get his attention.

Mustafa is a nice guy. Too nice, maybe, to be an enabler for Mary. The other men in her life are not the answer, either. Certainly not Leo (Guillermo Diaz), who is apparently her roommate, although they both lead such unsettled lives it is hard to say for sure. He works as a disc jockey in clubs. Then there's her gay friend Derrick (Anthony DeSando), who tries to be a good sport every time she gets another party idea, but whose energy as her cheerleader is flagging.

Mary's life arrives at a crisis point. She has been fired from her library job for more or less total incompetence (she hears "Origin of Species" as "oranges and peaches"). She's been evicted yet again. And in a wild gesture in Mustafa's direction, she throws a party with a Middle Eastern theme and then gets so strung out on drugs and whatnot that she spoils it all.

"Party Girl" is obviously inspired by great affection for Mary on the part of Daisy von Scherler Mayer, who directed the movie and co-wrote it with Harry Birckmayer. But the movie consists of sketches that don't quite hang together and characters who are not quite developed. Consider, for example, Rene (Donna Mitchell), who runs a club and is a recovering alcoholic. Here is an idea for a character, but the movie never really looks at her; it just throws dialogue at her to make her "interesting." And so we hear her ask her bartender for a "mocktail," a word I have never heard used in a bar or anywhere else except by Martha Stewart. It's as if they thought of her, but not about her.

As for Mary, her life is disorganized, yes, but the script could nevertheless organize its approach to her, so that the audience wouldn't feel as confused as she is most of the time. It's a showcase leading role for Parker Posey (who had supporting roles in "Mixed Nuts," "Dazed and Confused," "Amateur" and "Sleep With Me"), who obviously has the stuff, and generates wacky charm. But the movie never pulls itself together. 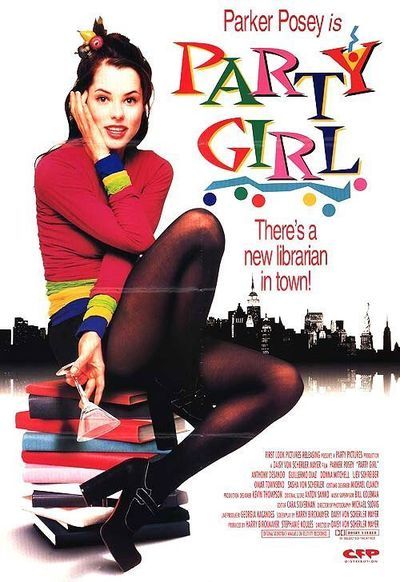