For the past eleven days at Cannes, many private predictions and hunches concerning the outcome of the Palme d'Or competition by industry insiders have included the speculation that the jury would be divided between a more popular-minded faction headed by jury president Steven Spielberg, and possibly including jury members like Nicole Kidman, and a more intellectual and artistic-minded faction headed by Romanian director and former Palme d'Or winner Cristian Mungiu ("4 Months, 3 Weeks and 2 Days"). It's all speculation, because no one is privy to the jury deliberations, and those nine esteemed celebrities aren't giving hints.

Watching the red carpet for the closing ceremony provides a dead giveaway of some of the winners. Directors and stars slated to be recognized in the ceremony get invited, although they won't know in advance what they've won. Hopefuls climbing the red steps to the tonight among the early arrivals included actresses Bérénice Bejo and Léa Seydoux, as well as directors Jia Zhangke, Alexander Payne, Abdellatif Kechiche, ans Amat Escalante, all of whom were greeted at the top of the steps by artistic director Thierry Frémaux and retiring festival president Gilles Jacob.

In a color-blocked red gown with hot-pink accents, French actress Audrey Tautou, best known in the U.S. for her ingenue role in the 2001 arthouse hit "Amélie," hosted the ceremony. The jury filed in to be seated on the stage, and "Monsieur le President" Spielberg prefaced the awards with, "Your films have taken us around the world… We listened to our hearts."

Speculations about the Palme were put to rest in a real stunner when the winner of the Palme d'Or was announced by Spielberg as the French film "Blue Is the Warmest Color" by Abdellatif Kechiche, a film that did not appear to be on anyone's radar in terms of Palme predictions. Spielberg noted, "The jury has taken the exceptional step of recognizing three artists." This Palme is intended to encompass not just director Kechiche, but actresses Seydoux and Adèle Exarchopoulos as creators of the three-hour coming-of-age film that centers on a graphically-depicted lesbian love affair.

Acceptance speeches at Cannes tend to be less polished and more genuinely emotional than is seen at the Oscars. After Uma Thurman presented the awards to the three, Kechiche gave lengthy thanks, although he seemed to have trouble getting the words out. Actress Exarchopoulos spoke in a shaky voice, then burst into tears. Seydoux, usually the poised star, was also on the edge of tears.

Earlier in the hour-long ceremony, Bérénice Bejo looked genuinely shocked when her name was called as Best Actress for her starring role in Asghar Farhadi's "The Past." In a dark-teal gown that matched her nail polish, Bejo stood at the microphone flustered and holding back tears as she thanked Farhadi, whom she invited to join her on the stage.

The Best Actor award went to Bruce Dern for his role in Alexander Payne's "Nebraska." The scroll was accepted on Dern's behalf by Payne, who expressed how proud he was to have worked with the veteran star. This award, the only one that went to "Nebraska" tonight, was another surprise." For days, tweets of every nation had been predicting that June Squibb, who plays Dern's outspoken, long-suffering wife in "Nebraska," would win Best Actress. 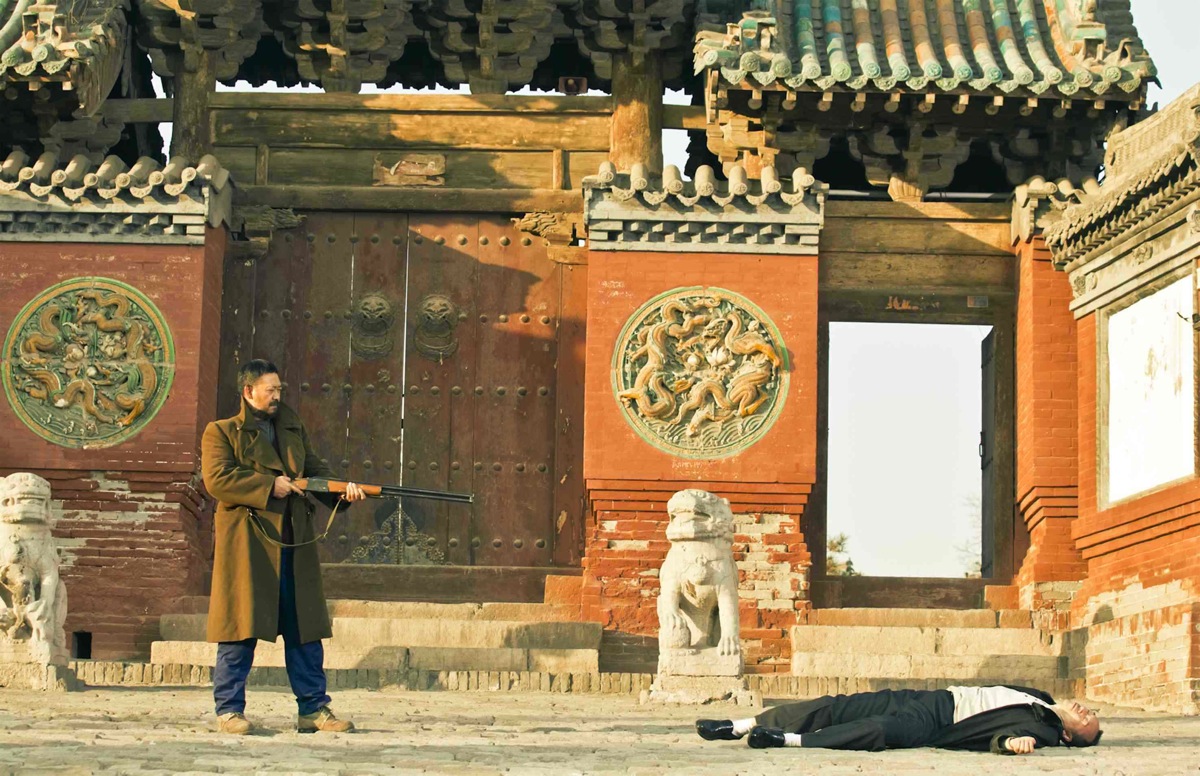 In one of the ceremony's more quirky presentations, the usually-flamboyant Italian actress Asia Argento, wearing an unusually tasteful gray satin slip-dress, rasped out her introduction to the Best Screenplay award in the manner of a heroine in a sleazy horror film. The award went to Chinese director Jia Zhangke for his four-part "A Touch of Sin."

The Jury Prize was awarded to "Like Father, Like Son" by Japanese director Hirokazu Kore-eda. In accepting the Best Director award for "Heli," his violent tragedy of a family impacted by the Mexican drug trade from actor Forest Whitaker, star of the festival's closing night film "Zulu" by Jérome Salle, director Amat Escalante said, "To Mexico: I hope we never get used to suffering."

The Coen brothers have been long-time champions at Cannes, and they weren't forgotten this year. It wasn't the Palme for "Inside Llewyn Davis" that many had predicted, but they received the Grand Prix, considered the runner-up to the Palme. Actress Kim Novak, whom the festival had honored in an earlier program premiering a restored version of Hitchcock's "Vertigo" made to presentation to "Inside Llewyn Davis" star Oscar Isaac, who accepted on behalf of the Coens.

French New Wave icon Agnes Varda, head of the jury for first or second feature, was joined by Chinese actress Zhang Ziyi to present the Camera d'Or to Anthony Chen of Singapore for "Ilo Ilo."

Meanwhile, another less glamorous awards ceremony had already taken place on Saturday to announce the prizes of the Un Certain Regard section of the festival. That jury was headed by Danish director Thomas Vinterberg ("The Celebration") and included Chinese actress Zhang Ziyi, among others.

Before announcing the winners, Vinterberg, addressing festival artistic director Thierry Frémaux and the audience, said: "Clay figures, extreme beauty, violence, homosexual blow jobs, systematic humiliation of the human kind, Léa Seydoux's legs, great imitations are just some of the unique images that will follow us for a while."

The Prize of Un Certain Regard went to Cambodian director Rithy Panh, whose "The Missing Picture" created a memoir of Khmer Rouge horror through tableaux of intricate clay figures, archival film footage, and moving first-person narration. The Jury Prize was awarded to the Palestinian film "Omar" by Hany Abu-Assad, a drama that underlined the effects of the violence of the occupation on friendships and families.

The jury bestowed the Un Certain Regard Directing Prize on "Stranger by the Lake" by Alain Guiraudie, an unusual psychological horror film set at a gay nude beach where much of the cast was naked throughout. The ensemble cast of "La Jaula de Oro" by Diega Quemada-Diez, portraying Guatemalan immigrants heading through Mexico to the U.S., got the nod for A Certain Talent prize. From the U.S., Ryan Coogler's Sundance winner "Fruitvale Station," a fictionalized chronicle of the last day in the life of an African-American man murdered by rampaging police, was awarded the Avenir Prize.

In yet another of the sidebar awards announced on Friday, the festival's Cinéfondation, a competition for international student filmmakers, first prize went to School of the Art Institute of Chicago student Anahita Ghazvinizadeh for "Needle." The award was announced by Australian director Jane Campion, this year's Cinéfondation jury head, who had launched her own career by winning a prize for her student films at Cannes. Ghazvinizadeh's award includes a cash prize and the guarantee that her first feature will be screened at a future Cannes festival. 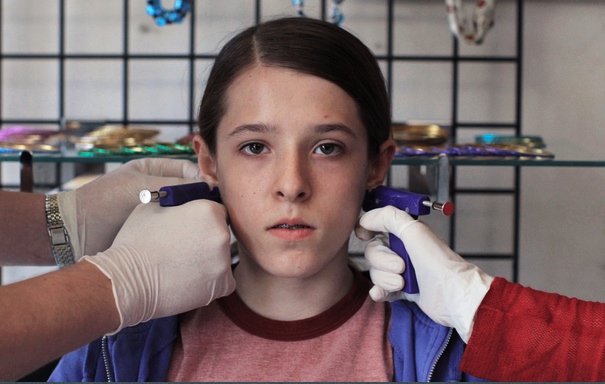