"The Internet Freaks Out over Three-Year Old Triceratops Story."  By Jeremy Conrad of Furious Fanboys. The story in question being this one here.

"Today’s internet freak out is yet another example of someone finding some old story online, spreading it around, and then laugh as the ancient news goes viral. Recent examples of this include Virgin Airline’s April Fools joke about the glass bottomed plane, and last year’s passing of Neil Armstrong that people spread around on Facebook this year." 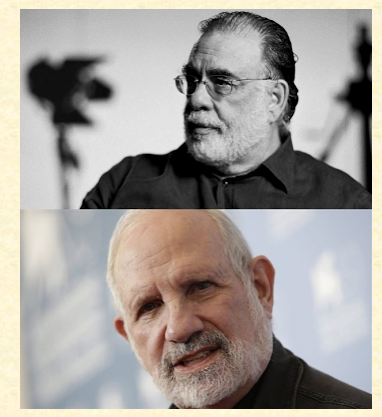 "Coppola and DePalma: Betwixt Passions." Dennis Cozzalio of Sergio Leone and the Infield Fly Rule says Francis Coppola has continued to take chances well into his Grand Old Man phase, when most directors would have either stopped making movies entirely or grown comfortable with old habits and stale formulas. DePalma, though? Different story.
Advertisement

"In a recent interview, Coppola spoke of this experimental impulse: “What I was trying to do with those films was to make three student films in order to try and set a new trajectory and try to say, ‘Well, what happens if I have no resources?’ Now, having done that, my new work is going to be much more ambitious and bigger in scope and budget and ambition, but now building on a new confidence or assurance. The three little films were very useful. I'm glad I did it. I hope George Lucas does it, because he has a wonderful personal filmmaking ability that people haven't seen for a while.”" 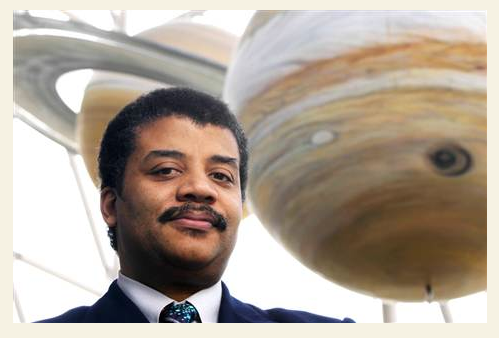 "Neil DeGrasse Tyson Lists 8 (Free) Books Every Intelligent Person Should Read." A Reddit.com user posed the question to Neil deGrasse Tyson: “Which books should be read by every single intelligent person on the planet?”

"Below, you will find the book list offered up by the astrophysicist, director of the Hayden Planetarium, and popularizer of science. Where possible, we have included links to free versions of the books, all taken from our Free Audio Books and Free eBooks collections. Or you can always download a professionally-narrated book for free from Audible.com. Details here." 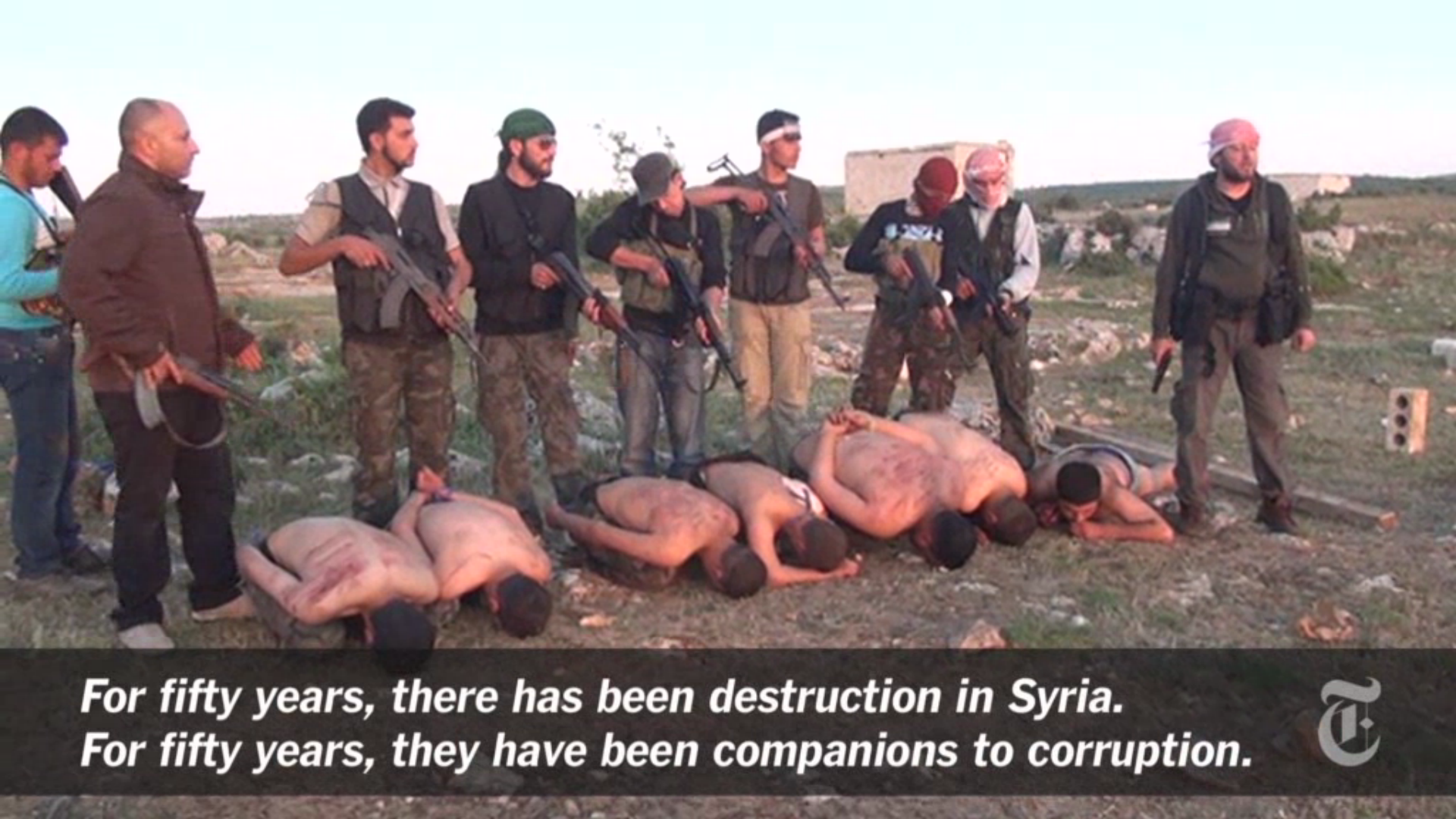 "Brutality of Syrian Rebels Posing Dilemma in West." By C.J. Chivers of The New York Times.

"This scene, documented in a video smuggled out of Syria a few days ago by a former rebel who grew disgusted by the killings, offers a dark insight into how many rebels have adopted some of the same brutal and ruthless tactics as the regime they are trying to overthrow. As the United States debates whether to support the Obama administration’s proposal that Syrian forces should be attacked for using chemical weapons against civilians, this video, shot in April, joins a growing body of evidence of an increasingly criminal environment populated by gangs of highwaymen, kidnappers and killers." 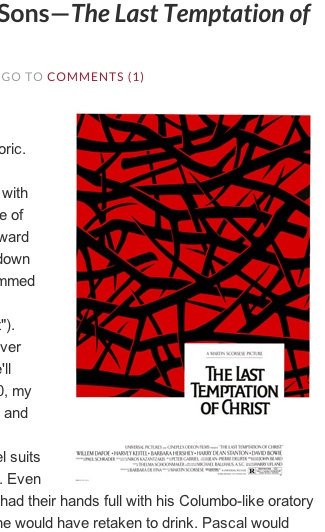 "Summer of '88: Fathers and Sons—'The Last Temptation of Christ.'" At The House Next Door, Craig Simpson talks about the controversial biblical epic, which ignited protests a quarter-century ago this summer. See also: Roger's review.

"Last Temptation remained divisive enough that I was unable to rent it from Blockbuster, and I didn't see any part of the film again until Martin Scorsese and Roger Ebert's 1997 extended conversation of the director's career at The Ohio State University in Columbus (transcribed in Scorsese by Ebert). I had invited my father to attend. Based on the comments from a group seated behind us, the audience was comprised of a significant portion of mucky-mucks who were there to honor Scorsese (that year's recipient of the Wexner Prize) without having more than the dimmest idea who he was. After the event, the audience shuffled out quieter than when they entered. 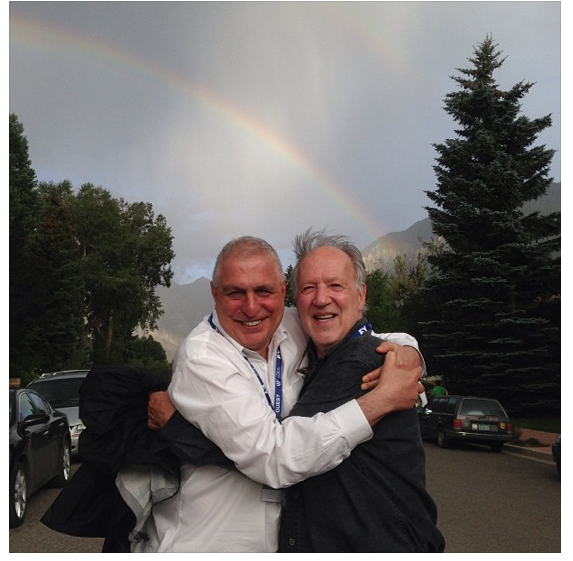 "Errol Morris and Werner Herzog hug under a rainbow." Photo by Aloompanix. Thanks to our friends at Slate for calling our attention to it.

"The Gathering Squall," a short film by Hannah Fidell, the director of "A Teacher," which is now available on Vimeo.