“My first post was about ‘The Bad Seed’ (‘You Lie All the Time,’) a movie I have loved since childhood and a movie that would return to this blog, quite happily, in the real life form of the great Patty McCormack herself. Rhoda Penmark started my blog and became my constant, and an oddly comforting brat in times of frustration. There's something exhilarating about watching little Rhoda threaten handyman Leroy, especially if you've been condescended to or left with one of those delightful comments that pop up every once in a while, and depending on the post, often. There are variations of this comment, but everyone's favorite seems to be, ‘dumb whore.’ In those get-your-shine box moments, Patty as Rhoda demanding, ‘Give me those shoes back’ is deeply satisfying.” 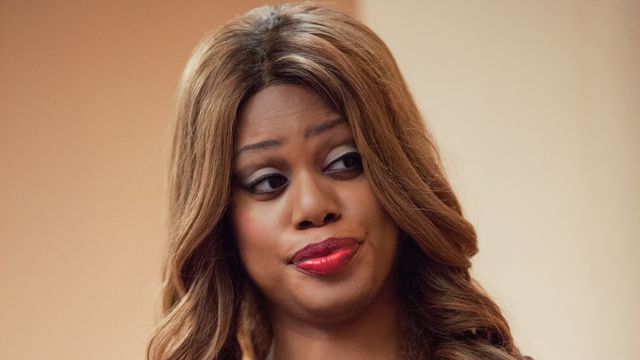 "Someone in Congress is messing with an 'Orange Is The New Black' star's wikipedia page": Laura M. Browning of The A.V. Club sheds light on an alarming streak of transphobia aimed at Laverne Cox.

“Shortly after 10 p.m. last night, somebody from within the House Of Representatives changed the Wikipedia entry for Laverne Cox, a transgender actress who plays transgender inmate Sophia Burset on ‘Orange Is The New Black.' The entry originally said that an article in ‘The Advocate’ ‘touted that ‘Orange Is The New Black’ contains the first ever women-in-prison narrative to be played by a real transgender woman.’ But the anonymous elected representative (or someone from their staff) changed the line to the hateful ‘a real man pretending to be a woman.’ The elected official (or their staff member) also added a link to a ‘National Review’ article published last month that claimed Cox is ‘not a real woman.’ The IP address was banned from making edits for one month.” 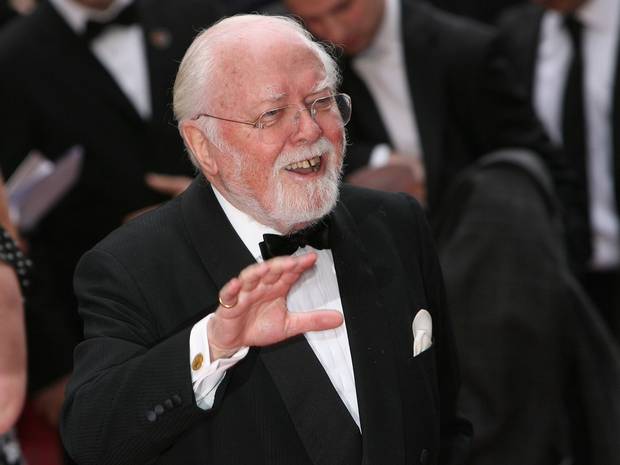 "Richard Attenborough Obituary": Ronald Bergan of The Guardian writes a superb, detailed remembrance of the acclaimed actor and filmmaker, who died Sunday, August 24th, at age 90. Related: Among the many other obits for Attenborough are these essential ones written by Nick Higham of BBC News, Ian Johnston of The Independent and Peter Sobczynski of RogerEbert.com.

“Above all, Richard and his two younger brothers, David and John, were brought up with a sense of social responsibility. Their mother, Mary, was chair of a committee to care for evacuee Basque children during the Spanish civil war, and she marched in protest against the bombing of Guernica. On the outbreak of the second world war, the Attenboroughs took two Jewish girls into their home, where they stayed for eight years. ‘That particular decision, not merely paying lip service but taking positive, responsible action to help other human beings, made a profound impression on me. It has, I suppose, affected my life and my attitudes ever since,’ Attenborough wrote. This is clear from most of his choices of subjects as a producer and director. He inherited his energy and non-stop activity from his mother, who died in a car accident, apparently suffering a heart attack as she was returning alone from a committee meeting.” 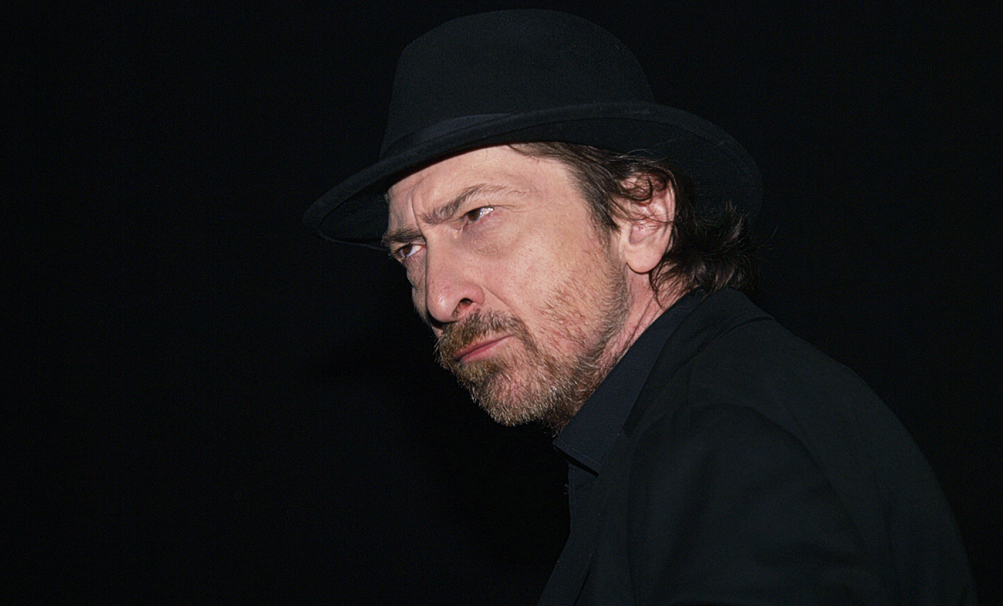 "Frank Miller's Dark Night": At Grantland, Alex Pappademas explores the career of the visionary mind behind "Sin City" and "The Dark Knight."

“Miller landed in New York for the first time in 1976, at 19, carrying a cheap portfolio held together with the same kind of baling twine he’d used to bind hay while working for a dairy farmer back home. Years later, he’d describe the pages inside as ‘a primitive version of ‘Sin City.’ They were crime stories, and nobody was in tights at all. And people looked at me like I was completely nuts, because there was only one kind of comic book being published.’ The artist Neal Adams, a renowned spotter of young talent, took one look at Miller’s work and advised him to go back to Vermont and pump gas. Instead Miller kept coming back to pester Adams at his studio, until Adams — still convinced that Miller couldn’t draw — agreed to put a word in for him at Gold Key Comics.” 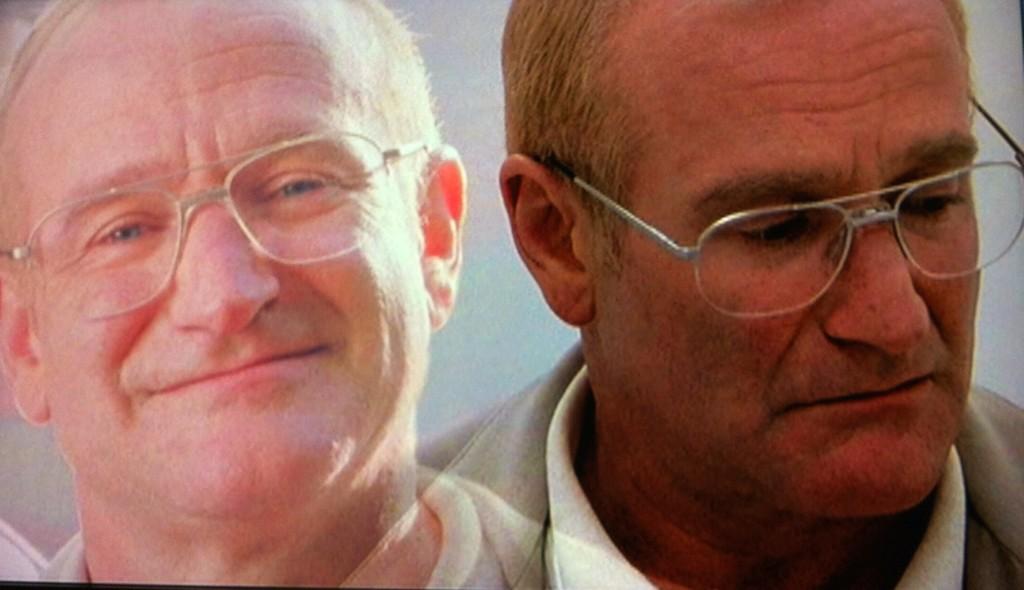 “Fraught with crippling loneliness, Sy daydreams about the lives of the people whose photos he develops in the airless gloom of his solitude. When he stumbles upon Mr. Yorkin ‘in the flesh’ for the first time, he’s as flustered and tongue-tied as a teenage girl fawning over Brad Pitt. The tranquil happiness that the Yorkins project through their photos provides a great comfort to Sy for reasons that are never fully explained. Critics have complained that the film’s final speech reveals far too pat a motive, though I believe it serves the same purpose as the psychiatrist’s concluding analysis in ‘Psycho’: it gives bystanders an answer they can accept without betraying the true mystery of the central character’s deranged psyche. Williams’ performance is one of such remarkable complexity and disquieting power that it transcends any stereotypical genre cliché. It is easily one of the greatest achievements of his screen career, arriving in the same year as his uncharacteristically dark turns in ‘Insomnia,’ ‘Death to Smoochy’ and his gleefully profane return to stand-up on Broadway.” 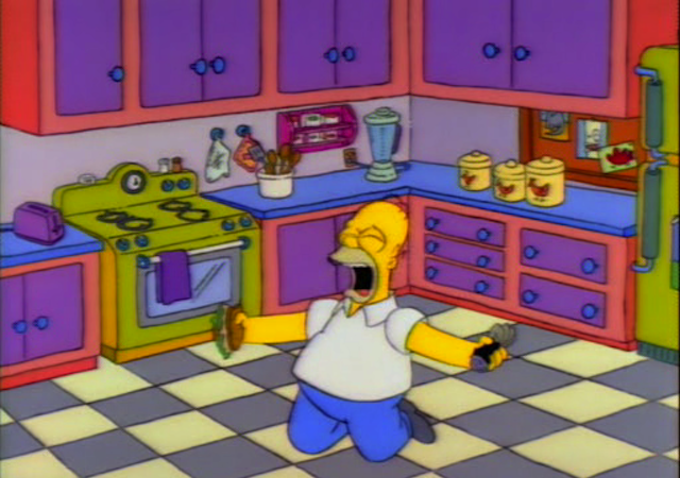 IndieWire's Max O'Connell voices his outrage (and love of "The Simpsons") in "FXX Airs 'The Simpsons' in Wrong Aspect Ratio. Won't Someone Think of the Children?"

Esquire's Michael Howard reports on "the bike that can't be stolen," designed by three engineering students at Chile's University of Adolfo Ibáñez.