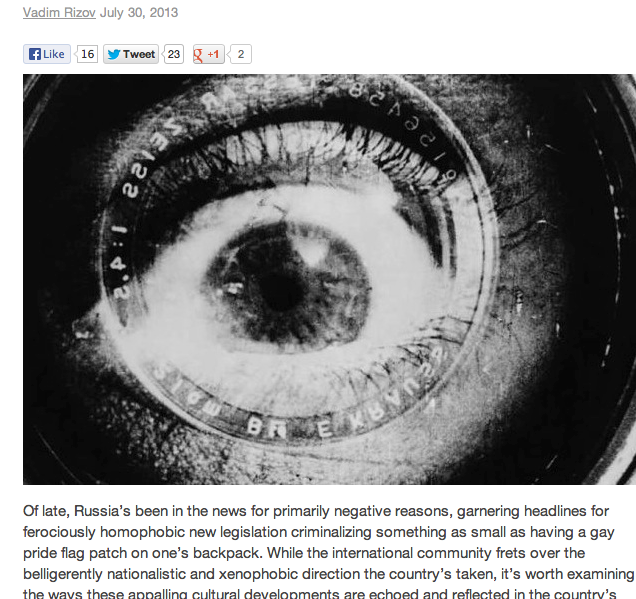 "Soviet Hitch: How Russia Is Killing Its Film Industry." For Film.com, Vadim Rizov shows how the "nationalistic and xenophobic" direction Russia has taken is reflected in the country's film industry.

"At president Vladimir Putin's instigation, the Culture Ministry produced a five-year plan earlier this year calling for 22.5% of domestic screenings to be of Russian films by 2018 and to double the rate of domestic production. As part of this new initiative, this year for the first time pitching sessions for funding from the Ministry were held publicly, an attempt to stave off rumors of corruption. The results of these sessions weren't entirely satisfactory: while the undeniably excellent director Andrei Zvyagintsev ("Elena," "The Return") got funding for his latest project "Leviathan," one movie that should've gotten funds didn't. "Dear Hans, Dear Pyotr" was to be a German co-production about two friends — one German man, one Russian — who work on a project in Moscow together as a result of the Ribbentrop-Molotov Pact, fall in love with the same woman, and have their friendship tested when Germany breaks the treaty and invades. Co-producer Heino Deckert said the decision — made after two years of work building up to production, with German public funding for the film already secured — was a "tragedy" that made him feel like he could never work in Russia again. Rumors flew that [Culture Minister Vladimir] Medinsky personally squashed the project and given his unique historical views, that seems credible." 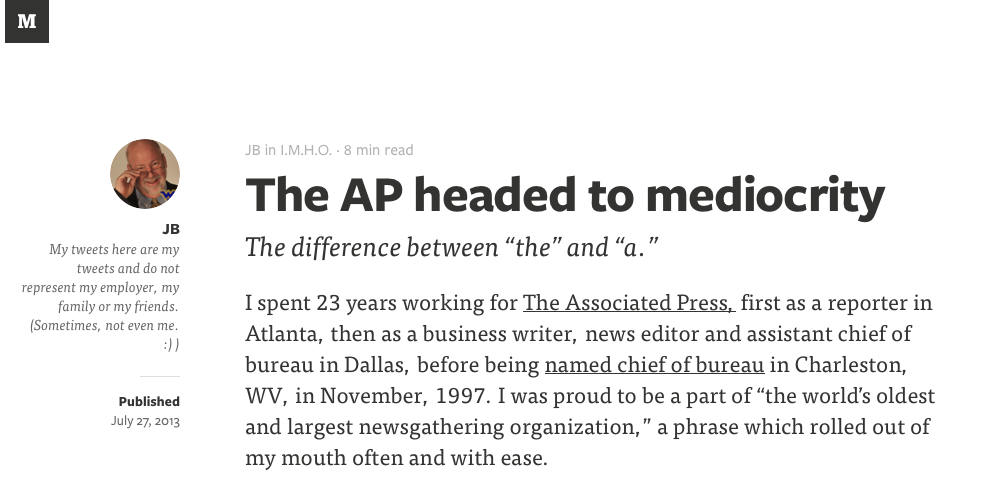 "The AP headed to mediocrity." John Bolt, who worked for The Associated Press for 23 years, explains why the organization is in decline. Elsewhere: Via Romenesko, the memo sent to Cleveland Plain Dealer employees, who are facing layoffs today.

"This post is sparked by the latest departure of a member of the West Virginia news staff that I had assembled and that I submit was the best in the state. When I was fired — you can put a fancy name on it, but that doesn’t change the reality — there was a staff of about 13 in West Virginia; today, there aren’t even that many in Virginia and West Virginia combined. There are three people in West Virginia, but only one — count it, one — full-time news reporter; the other two employees divide their time between rewriting , reporting and editing. Will the departing staffer be replaced? Maybe, although recent practice suggests that’s not a given. But even a replacement will be numerical only, and won’t come close to replacing the expertise, contacts and abilities of the leaving staffer — because the AP won’t pay what it takes to do that, and is even trying to pay less. (See AP’s latest contract offer.)" 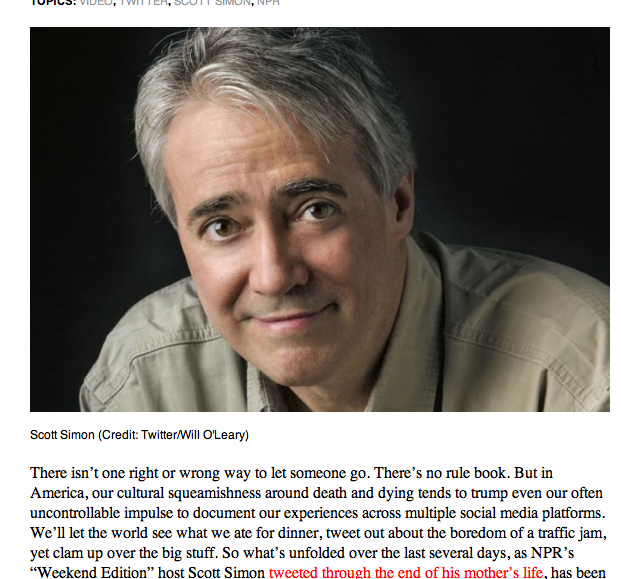 "Scott Simon's lessons in loss." At Salon, Mary Elizabeth Williams speaks out in defense of NPR's Scott Simon, who's been criticized for tweeting over several days about his mother's death.

"There isn’t one right or wrong way to let someone go. There's no rule book. But in America, our cultural squeamishness around death and dying tends to trump even our often uncontrollable impulse to document our experiences across multiple social media platforms. We'll let the world see what we ate for dinner, tweet out about the boredom of a traffic jam, yet clam up over the big stuff. So what's unfolded over the last several days, as NPR’s 'Weekend Edition' host Scott Simon tweeted through the end of his mother's life, has been something different, even in our information-saturated age." 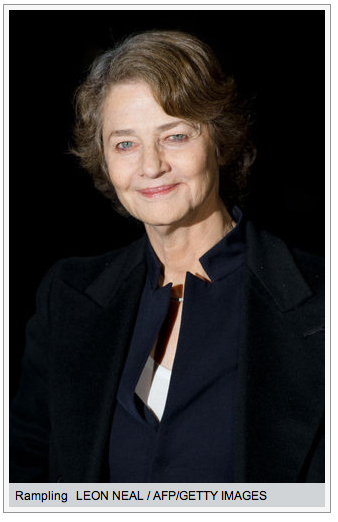 "Charlotte Rampling gives 'Dexter' a fresh kind of edge." Susan King at The Los Angeles Times talks to the English-born, Paris-based actress, whose career has garnered her the nicknames "The Look" and "The Legend."

"Despite her extraordinary career, Rampling initially didn't have acting aspirations. In fact, she didn't have any career plans until her no-nonsense father, Geoffrey Rampling, a Royal Army officer and three-time Olympic gold medal runner, decided his 17-year-old daughter needed to learn a skill." 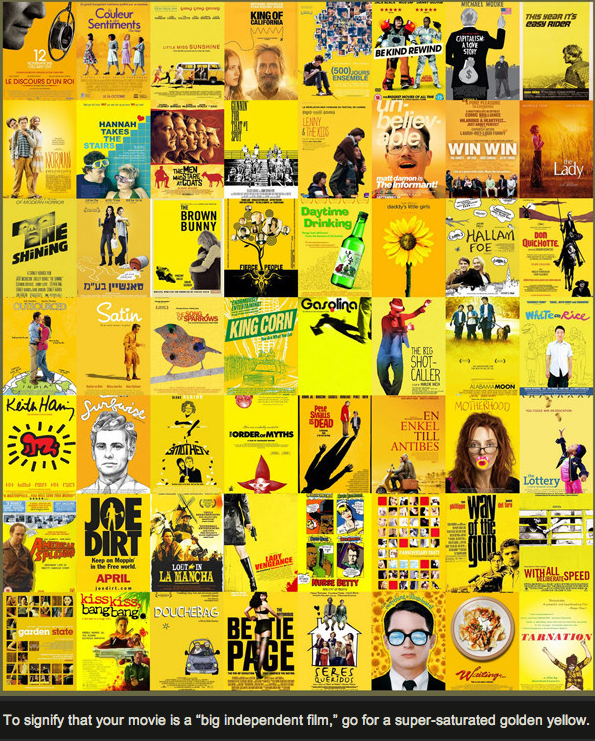 In honor of Eileen Brennan, the trailer for "The Last Picture Show."