"In the years since I wrote about the Manic Pixie Dream Girl, I’ve been floored by how pervasive the trope has become. At first it was just a few scattered mentions in other critics’ reviews. Then Zooey Deschanel strummed a ukulele and became a Hollywood It girl and suddenly the MPDG was everywhere. During one particularly strange day in 2011, I read that Cameron Crowe (the man behind 'Elizabethtown,' as well as 'Almost Famous' and much else) was asked about the phrase and replied, 'I dig it … I keep thinking I’ll run into Nathan Rabin and we’ll have a great conversation about it.' This blew my mind. I have been writing about pop culture for a long time but I could honestly not believe that Cameron Crowe knew my name and thought about meeting me someday....

Advertisement
But the more the cultural myth of the Manic Pixie Dream Girl expanded, the more my ambivalence about it grew." 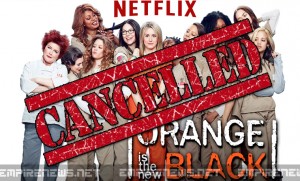 "False is the New True: Fake News Clickbait, 'Blood Feud,' and Why The Truth Stopped Mattering." By Stephen Silver of Technology Tell. About the proliferation of "parody" sites that claim to be offering humor and satire, but are really just serving up blatantly untrue and inflammatory stories designed to make people angry and grab clicks to get their traffic totals up. Also, a certain new political book.

"This week alone, I’ve read that Orange is the New Black was suddenly canceled, that the city of Chicago was officially declared a war zone, and that dozens of people in Colorado died of marijuana overdoses. None of those things are true...As Emmett Rensin pointed out in the New Republic a few months ago, The Onion is satire; these sites are not, because they’re neither funny nor making any particular satirical point...Facebook and Google should be doing everything they can with their algorithms to push this garbage to the bottom." 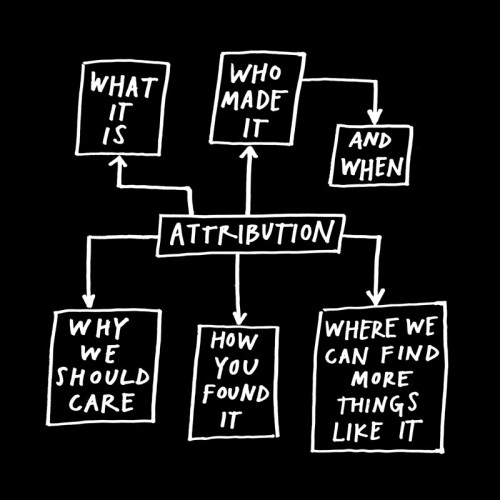 "Credit is Always Due." Austin Kleon makes a case for why you should always, always, always tell people who made or wrote the thing you're linking to or sharing because you loooooove it so much. It's not just a matter of being nice. Proper credit has a tangibly positive effect on...well, it's better just to let Kleon explain it. See also: Sarah Werner's "It's History, Not a Viral Feed," which both this author and Thumbnails have recommended in the past.

“Crediting work in our copy-and-paste age of re-blogs and retweets can seem like a futile effort, but it’s worth it, and it’s the right thing to do. You should always share the work of others as if it were your own, treating it with respect and care. When we make the case for crediting our sources, most of us concentrate on the plight of the original creator of the work. But that’s only half of the story—if you fail to properly attribute work that you share, you not only rob the person who made it, you rob all the people you’ve shared it with. Without attribution, they have no way to dig deeper into the work or find more of it.” 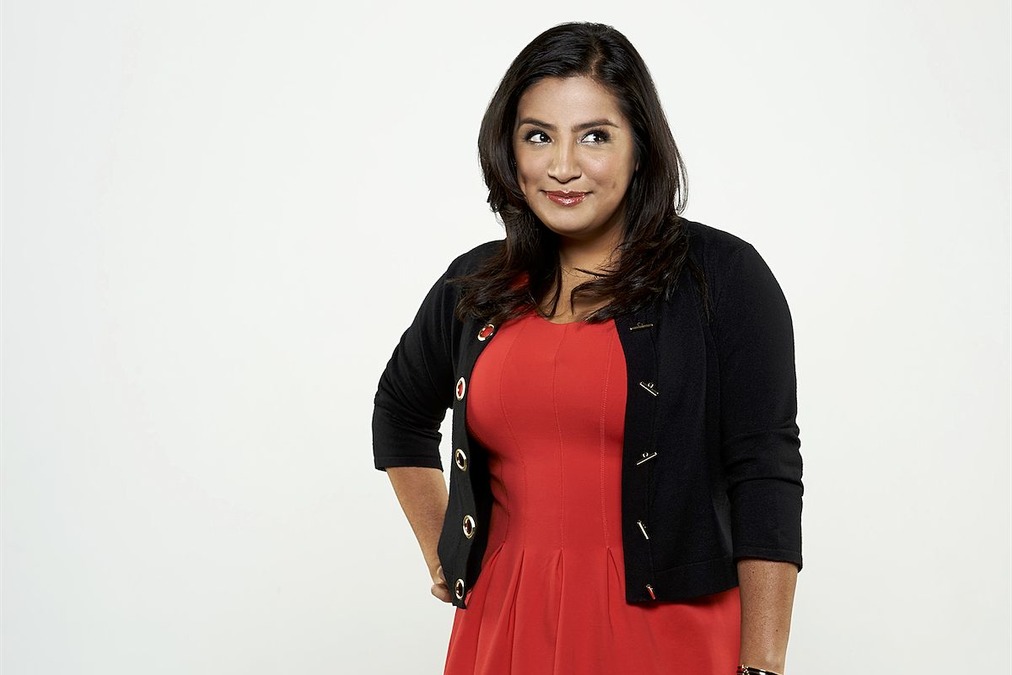 “Just among the newbies debuting in fall are 'Black-ish,' starring Anthony Anderson as an affluent African-American executive who's worried his kids are losing touch with their culture; 'How to Get Away with Murder,' ABC's latest Shonda Rhimes-produced series, starring Viola Davis as a criminal law professor; 'Cristela,' starring Latina comedian Cristela Alonzo (who also created it); and 'Selfie,' a 'Pygmalion' riff that casts John Cho in the Henry Higgins role. Among the shows on the bench for mid-season: 'Fresh Off the Boat,' about an Asian-American family (based on Eddie Huang's memoir of the same name); and 'American Crime,' created by John Ridley and featuring a diverse cast that includes both Felicity Huffman and Benito Martinez.  In a business where the default casting mode is "white people, and lots of them," it's a much more unusual and promising collection of actors." 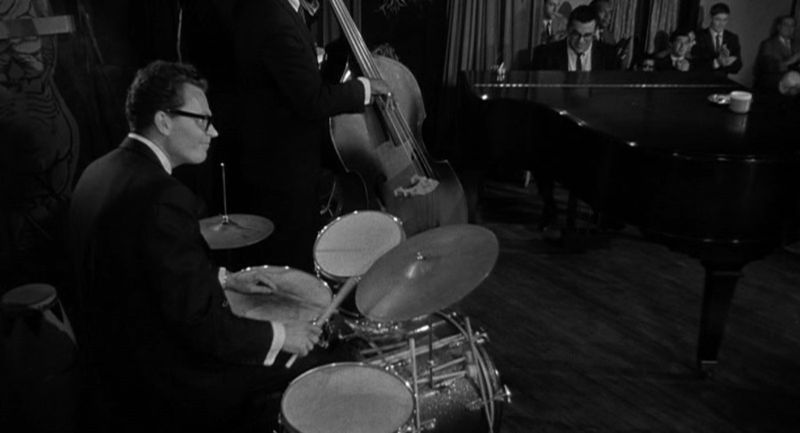 "The Happily Brief Film Career of Charlie Haden." At his blog Some Came Running, RogerEbert.com contributor Glenn Kenny explains how the late bassist somehow ended up behind a drum kit in Richard Quine's 1965 film "Syanon," a fictionalized story of the rehab facility. The film's rather meager Wikipedia entry is here.

“Like many jazz musicians, Haden had a working knowledge of the instruments other than his own, and as you can see from the [above] shot, he could hold a pair of sticks in a convincing fashion.  ” 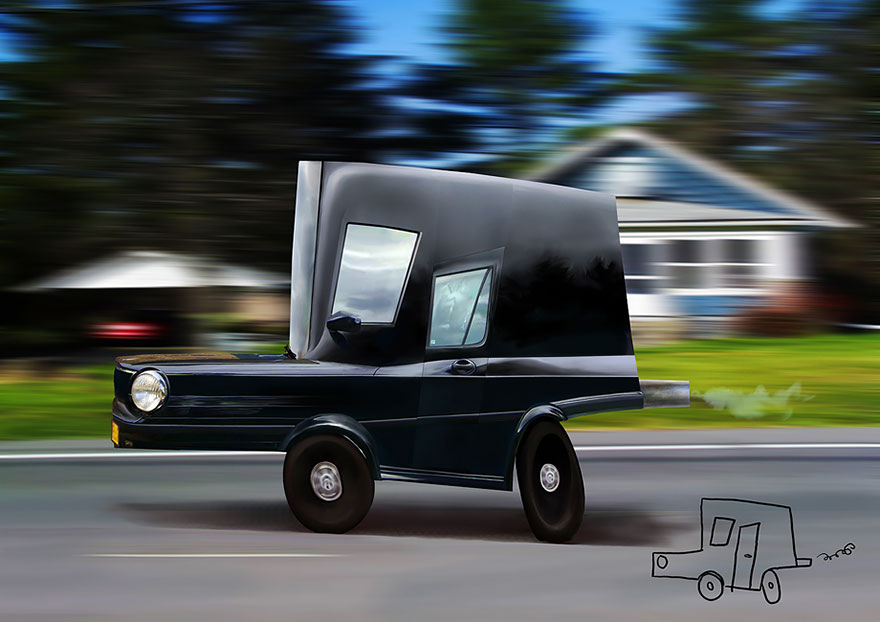 Dutch muralist Telmo Pieper, whose website is here, re-created some of the drawings he made as children, in full color and with depth.   [Hattip: Bored Panda.]

From the finale of "24: Live Another Day," which aired last night. You should not be watching this unless you saw the show! Video clip is by IGN, which recapped the episode here. Also, Aaron Aradillas recaps the episode for Vulture.