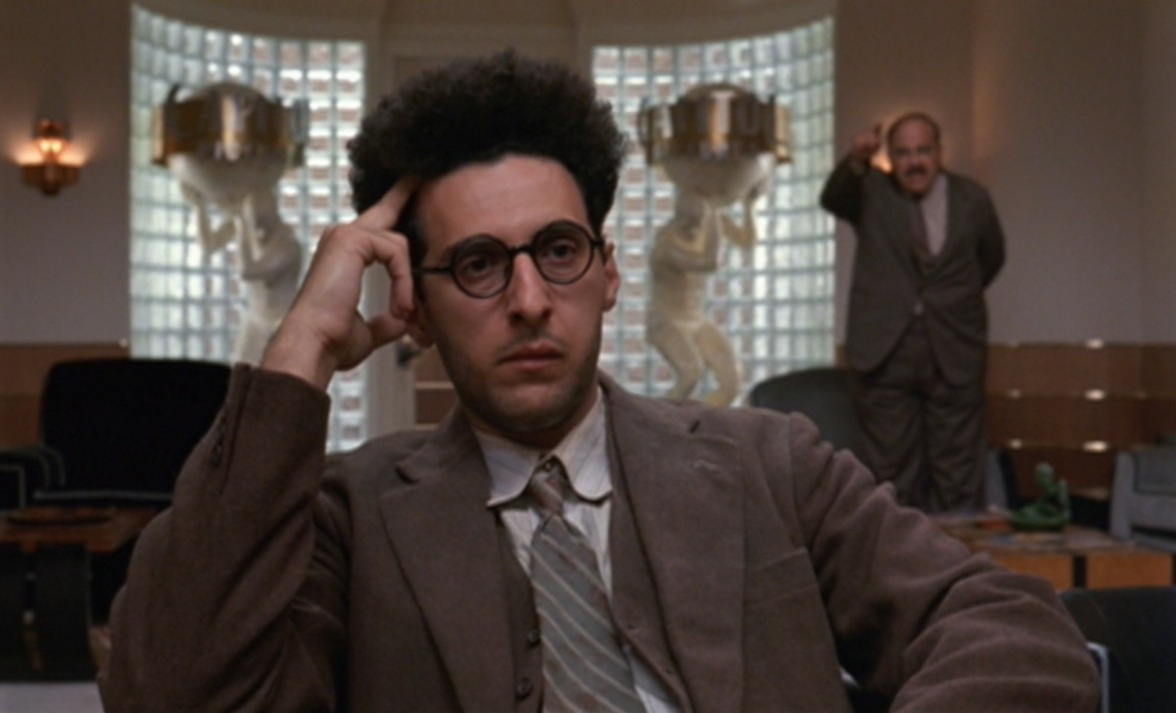 "The Economics of Movie Reviews, or Why So Many Film Critics Continue to Lose Their Jobs." At Pajiba.com, Dustin Rowles attempts an explanation. It is, to put it mildly, not comforting.

“I can give you the exact figures for Pajiba: Of the 200+ reviews published during the past year, only 21 actually generated enough page views to pay for themselves. Keep in mind, too, that we are not a wealthy site, so we pay little to begin with, and the costs do not even take into account the time and expense it takes one of our writers to see a movie. They’re putting in three to five hours to produce a review, and roughly being paid minimum wage (and not even the Seattle minimum wage — the federal minimum wage). Moreover, probably half of those 21 reviews that made a profit also included some kind of gimmick or “amusing” conceit that attracted a larger readership. (Sadly, the most read review on our site in the last year was not a well-written deconstruction of an excellent art film, but this one: 25 Things I Saw While Watching Grown Ups 2 That I Can’t Unsee.)” 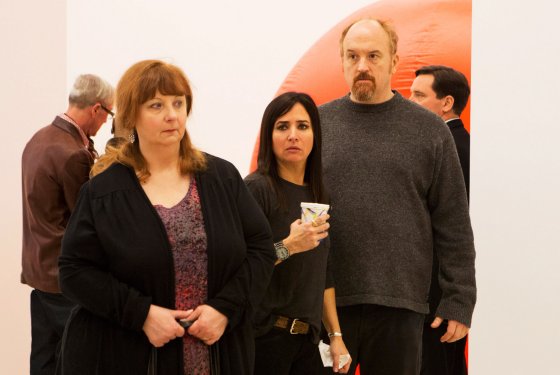 "You Can't Even Rape Well." At Vulture.com, Danielle Henderson writes about That Episode. Related: RogerEbert.com editor Matt Zoller Seitz's Vulture.com piece about how the structure of the show seems to be baiting critics to respond to certain episodes prematurely. See also: "Everyone's a Little Bit Rapey," by Amanda Ann Klein of Judgmental Observer: "Coming in the wake of the University of California Santa Barbara shootings less than two weeks ago, in which a young, troubled man murdered seven humans because he was tired of 'not getting the girl,' this episode felt like salt rubbed in a very raw wound."

"It was nice to return to some extended stand-up, plopped right in the middle of the show. The set was about God and whether anyone believed they were going to heaven, which shifted into a discussion about the absence of women and mothers when we talk about God, which shifted into a pretty feminist-in-scope discussion about the reasons women are not in charge (men are afraid of women being mean to them). He had smart things to say about the absurdity of women as property, our inability to vote until 1920, which basically means democracy is only 93 years old, and the utter shittiness of people naming clothing after an act of domestic violence. T

hat’s what makes what happens next so completely, unbelievably terrible." 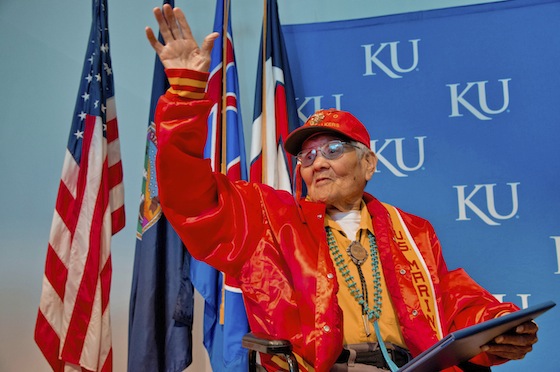 "He Was Their Last Original Voice: Code Talker Chester Nez Walks On." Obituary for the last of the "code talkers" who developed a code in their Native language that helped U.S. forces defeat the Japanese in the Pacific theater of World War II. To read Roger Ebert's review of "Windtalkers," a John Woo film that partly retells the story, click here.

"The code talkers' mission was so secretive they could not talk about it until 23 years after the war ended, and 55 years later the men were honored properly for their services. The Navajo citizen was recruited for the code talker program after enlisting in the Marines shortly after Japan attacked Pearl Harbor in December, 1941." 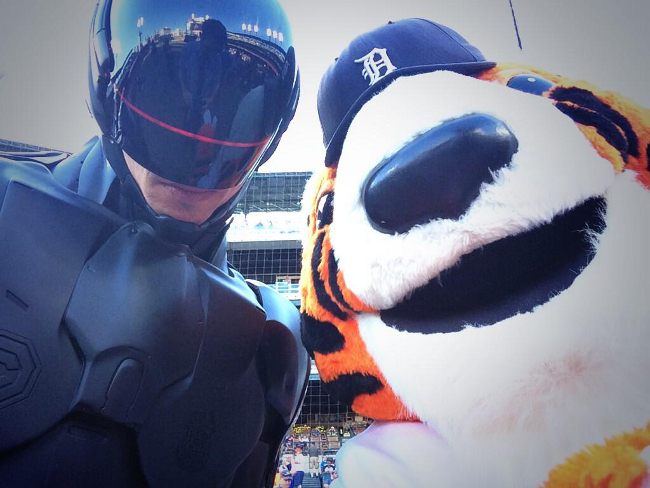 "Robocop Threw Out the First Pitch for the Detroit Tigers Tonight." Self-explanatory. By Ashley Burns for Uproxx.com. 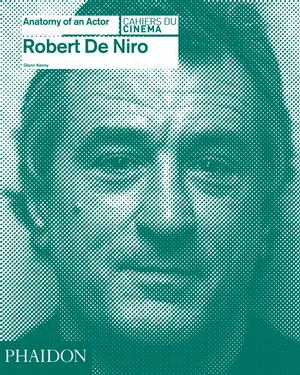 "A Few Words about 'Robert De Niro: Anatomy of An Actor.'" RogerEbert.com contributor Glenn Kenny writes about his new book, which paints a portrait of DeNiro's career by analyzing a few of his key roles. You can order it by clicking here.

“What I try to do in the book, true to its title, is examine De Niro's work and his choices, and also to dig up some satisfying answers to questions that seem to torment some of his one-time admirers. But the fulcrum of my thesis has to do with how we mythologize great performers, and how in so doing we're almost doomed to be eventually disappointed in them.” 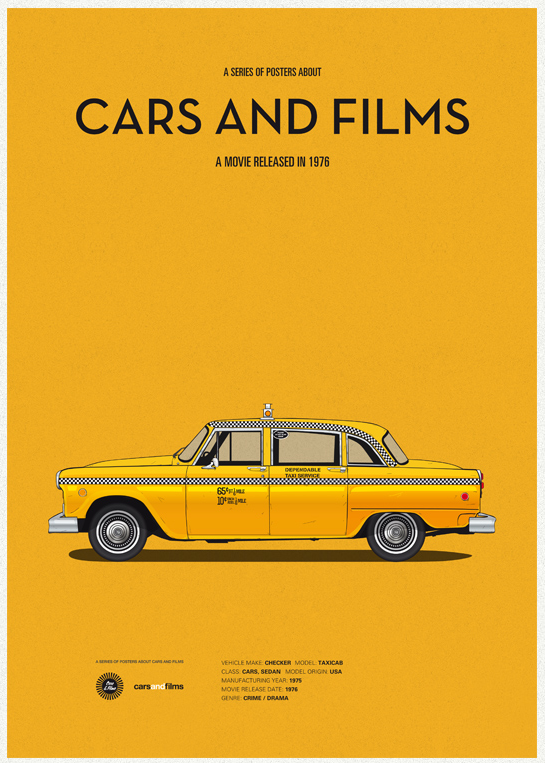 Travis Bickle's Checker Cab from 'Taxi Driver.' One in a series of prints of classic movie vehicles, by graphic designer Jesus Prudencio.

Three video essays analyzing the filmmaking style of Brian De Palma. Hattip to Film Stage for being the first to build a post around them.