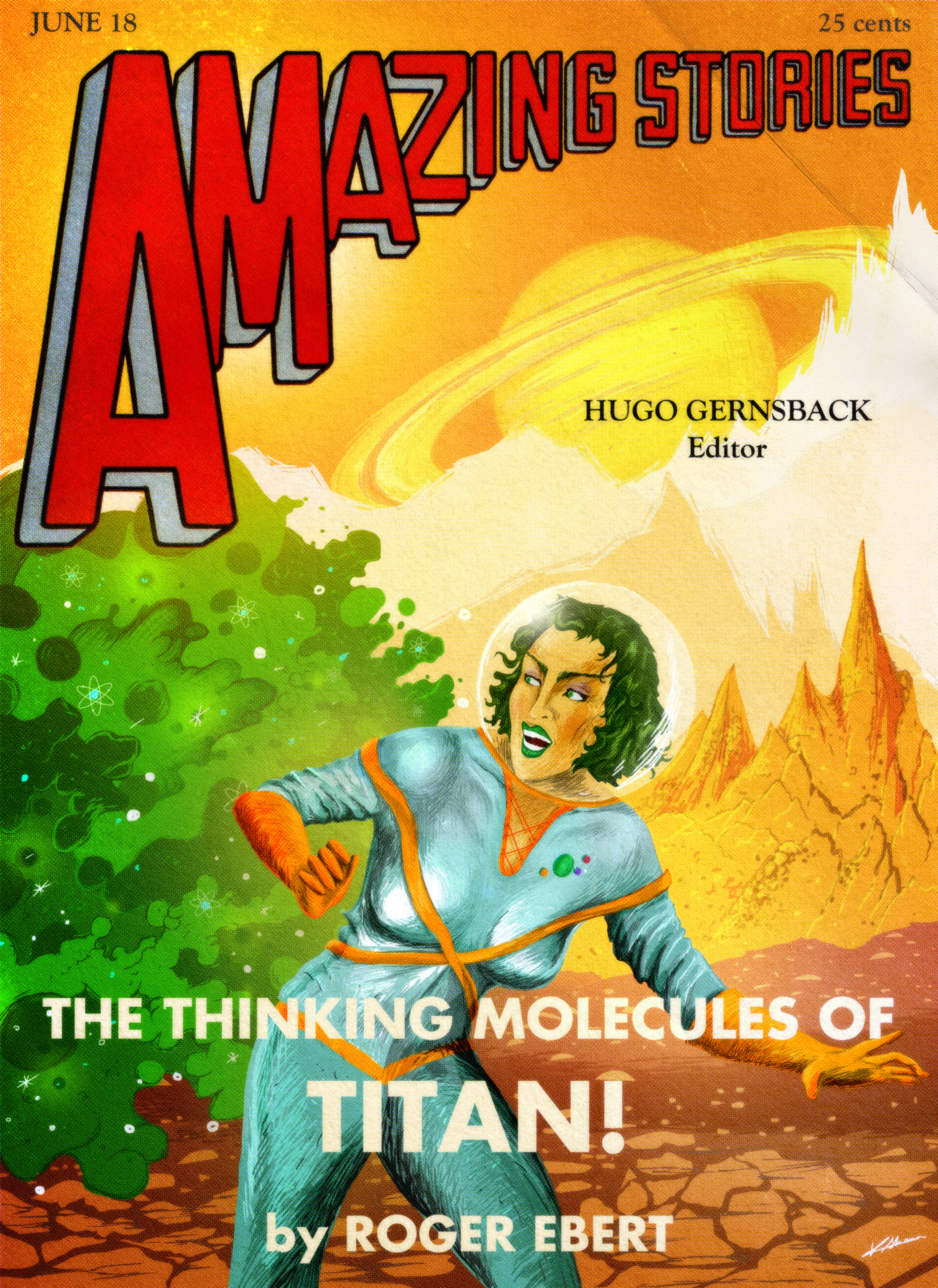 Chaz: "Roger was writing reviews right until the very end. One day in the hospital I suggested that he take a break from work-related writing and write something creative that made him feel like he did when he was writing science fiction articles for fanzines when he was a boy. He began writing "The Molecules of Titan", a story about space exploration set in part at his beloved University of Illinois. He never got a chance to finish it. In the spirit of Roger's belief in crowd participation, we're having a contest to help complete the story.

"Who is This Man? Profiles and Interviews."

A collection of links to pieces about Roger: his life, his writing, his beliefs, his struggles with cancer, his publishing career, his example.

Chris Jones, Esquire: "His new life is lived through Times New Roman and chicken scratch. So many words, so much writing—it’s like a kind of explosion is taking place on the second floor of his brownstone. It’s not the food or the drink he worries about anymore—I went thru a period when I obsessed about root beer + Steak + Shake malts, he writes on a blue Post-it note—but how many more words he can get out in the time he has left.

"The Man We Miss: Tributes to Roger."

Links to appreciations written after Roger's death on April 4, 2013.

"Eight Films for Which Roger's Reviews Made the Difference."

Cited films include My Dinner with Andre, Chan is Missing, Hoop Dreams, Fargo, Monster and Juno.

MZS: "Roger was a tireless advocate for the films he loved. Sometimes, that gave an already-recognized film a little extra boost. Sometimes his praise saved the day for a movie that might otherwise have vanished without a trace."

"Beyond the Screen: Roger Ebert's Writing About the World at Large."

Roger: "I was born at the center of the universe, and have had good fortune for all of my days. The center was located at the corner of Washington and Maple streets in Urbana, Illinois, a two-bedroom white stucco house with green canvas awnings, evergreens and geraniums in front and a white picket fence enclosing the back yard. Hollyhocks clustered thickly by the fence. There was a barbeque grill back there made by my father with stone and mortar, a dime embedded in its smokestack to mark the year of its completion."

Donna: "When I presented the book at our sales meeting in New York, I explained that I didn't have a television set and had been sold on the writing alone. The sales reps were excited because "At the Movies" was already a hit on TV. "Get Donna a television set!" one of them yelled out."

Andy: "Roger sent me a box just a couple of weeks before he died. It contained some selections from his library: some volumes of P.G. Wodehouse (an author we both loved)… and a thick stack of pulp magazines from the Forties and Fifties. Each with a title and a cover designed to sell. 'ASTOUNDING SCIENCE-FICTION,' 'Weird Tales.' 'FANTASTIC Story Magazine.'"