1. "The Showrunner Fallacy: Why TV's Auteurs Matter Much Less Than You Think." By Craig Fehrman, for The New Republic. On a particular tendency in coverage of television:

"[T]his obsession with showrunners—what we might call the showrunner fallacy—has obscured what makes television so great. In his (otherwise excellent) forthcoming book, Difficult Men: Behind the Scenes of a Creative Revolution: From The Sopranos and The Wire to Mad Men and Breaking Bad, Brett Martin emerges as the latest exponent of this fallacy. Martin credits the shows in his subtitle, which, together, he labels TV’s “Third Golden Age,” to the showrunners themselves, with their “immense powers of rejection and benediction.” (Martin’s showrunner metaphors tend to be deific). Yet this approach prevents Martin from exploring the people and pressures that are unique to television—exactly what the medium’s reporters and critics should be working to understand. Instead, they praise or blame the showrunner, succumbing to a kind of narrative simplicity that we would never accept in an Emmy-winning drama."

Or maybe not? Slate's June Thomas says "It's not a fallacy to focus on showrunners." At CriticWire, Sam Adams rebuts: "The auteur theory helped legitimize the work of the overlooked studio craftsmen whose personalities shone through their work in disparate genres, and it's helped legitimize an art form whose boundaries are still being tested. But few if any critics endorse the 'showrunner fallacy' Fuhrman militates against."

2. "The Way We Watch Television: Sherlock by the Numbers." By Lynette Porter of PopMatters. The author shows how TV has changed in the Internet age by focusing on a particular series, BBC's Sherlock. The conclusion for traditional broadcasters and cable operators is troubling. 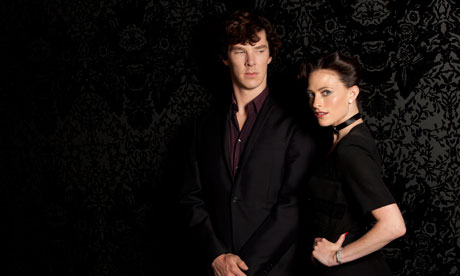 "The survey guaranteed anonymity, which may be why some respondents admitted that they resorted to downloads of BBC episodes that should not be possible to non-UK residents. Those 1.9 percent (11) who selected “another way or place” to describe their initial viewing of new episodes elaborated on their viewing habits by writing in the required text box. Some responses indicate 'shady' viewing practices, especially at the start of the second season:  'Saw the first season on the Internet a year after it aired and saw the 2nd season on Internet a day after it aired,' 'Illegally when it first comes out and legally when it airs in my country,' or 'I be pirate arrrrrrrr Hours after BBC broadcast.'" 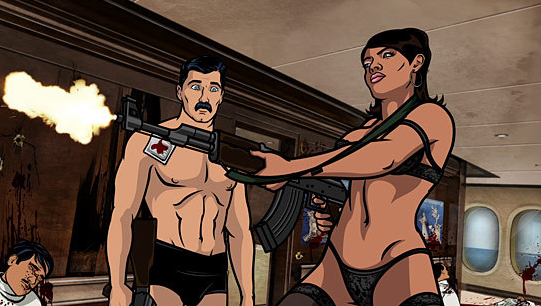 Includes pieces by RogerEbert.com's editor Matt Zoller Seitz on The Best Comedies of the Year, the Best TV Comedy Performance (Julia Louis-Dreyfus on Veep), the The Most Improved Show (Scandal) and the Five Best Shots. Plus: Denise Martin on The Most Unexpectedly Great Physical Comedian (Mindy Kaling on The Mindy Project) and Best Guest Star (Patton Oswalt), Amanda Dobbins on The Best Awards Show Moments, Margaret Lyons on The 10 Best TV Outfits, and Joe Adalian on The Best and Worst TV Strategies. 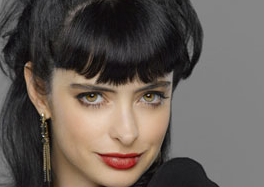 4. "The Importance of Being Earnestly Bitchy." Steve Sailer of Taki's Magazine celebrates the late Don't Trust the B----- in Apartment 23."

"In the show, June (played by Dreama Walker) is a nice, wholesome blonde from Indiana who moves to Manhattan to start her dream job working for Bernie Madoff the day he’s hauled off in handcuffs. Defeated but undaunted, she gets a waitress job and a roommate, lovely ex-model Chloe (the slightly pop-eyed Krysten Ritter, a cartoon Audrey Hepburn), who turns out to be a sociopathic Holly Golightly fleecing naïve newcomers. [...] Apartment 23 treats virtually every sacred cow in current American culture with gleeful contempt." 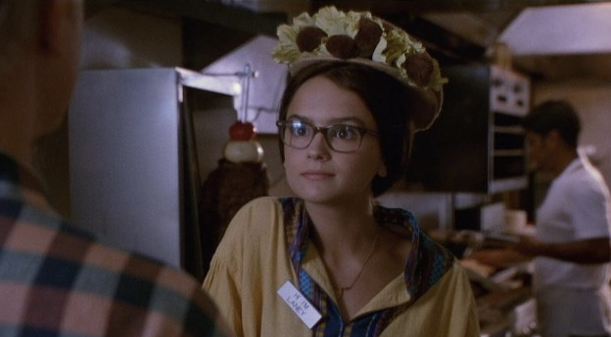 5. "In a startling twist, M. Night Shyamalan reveals he ghost-wrote She's All That." By Marie Eakin. for A.V. Club. And the crazy thing is, when you look back, the clues were ALL THERE.

"In a gasp-worthy ending you never saw coming, M. Night Shyamalan has revealed that he ghost-wrote She’s All That, the 1998 teen romance starring Freddie Prinze Jr. and Rachael Leigh Cook. Shyamalan dropped the prom bomb to both MTV and Movies.com recently, saying he wrote the movie while also writing The Sixth Sense and Stuart Little, all of which helped “add to the breadth” of his then-burgeoning career."

A chart from the Elmhurt University web site showing the DNA Replication process. Yesterday the Supreme Court ruled that human genes may not be patented. See Robert Barnes's Washington Post story for details.

CLIP OF THE DAY

"How to Train Your Robot." This visually astonishing short was made by students of the Animation and VFX Course organised by Platige Image and CD Projekt RED.